whether for commuting, adventure, health, or recreation, biking plays a significant role in a number cities around the world. integrating the thriving culture with the necessity for many urban commuters to use bridges and tunnels to travel to work, judah schiller has conceptualized a sustainable and affordable idea that marks a new frontier in aquatic sport and transit: water biking. the initiative of the baycycle project, currently seeking funding on indiegogo, is to create an easy-to-use, compact system to connect any bike, regardless of frame size or construction, to an inflated pontoon-like base. by pedaling and steering normally, the mechanism is able to glide along massive bodies of water and even jump ocean waves. with two-thirds of the planet’s surface covered by water and nearly one billion bicycles in use around the world, the baycycle project opens up the possibility for new ways of navigating to work — avoiding traffic on bridges and tunnels — while encouraging fitness and physical activity. 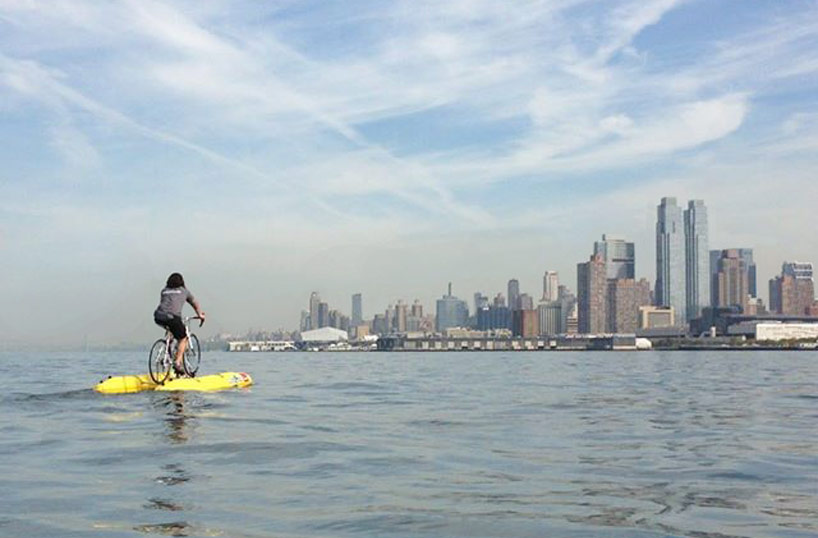 biking along the surface of the water 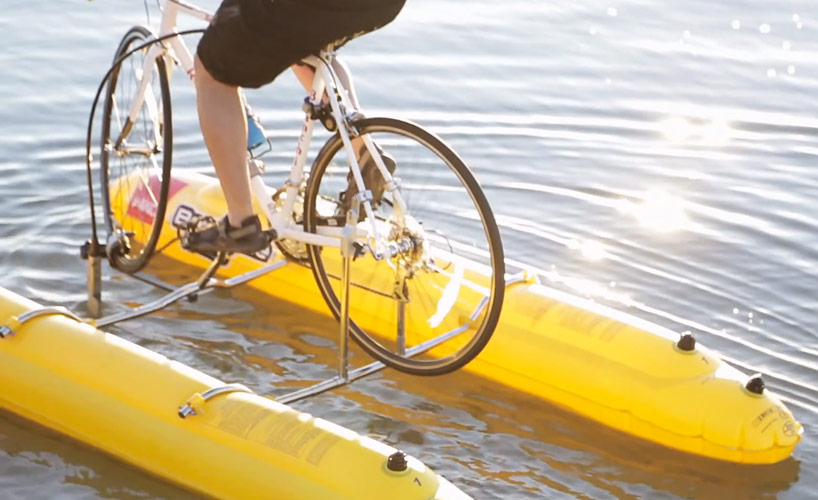 the mechanism connects to a pontoon-like base, which allows the bike to float on the water 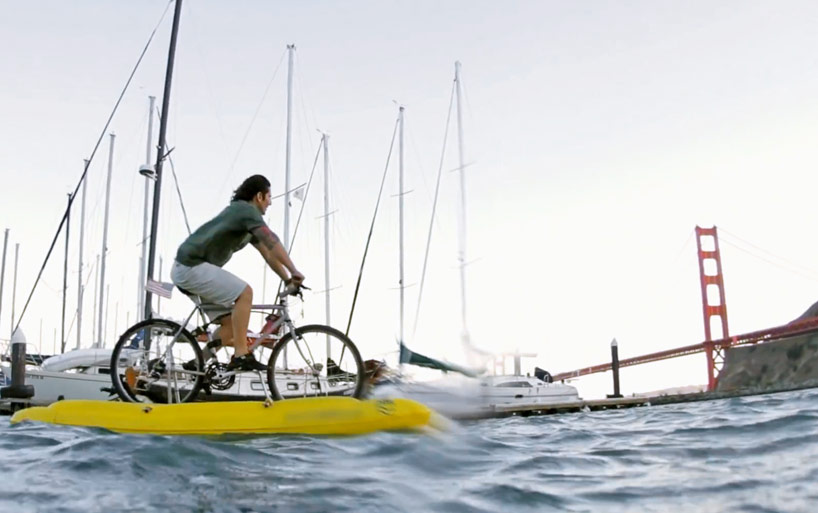 traveling the san francisco bay on the water 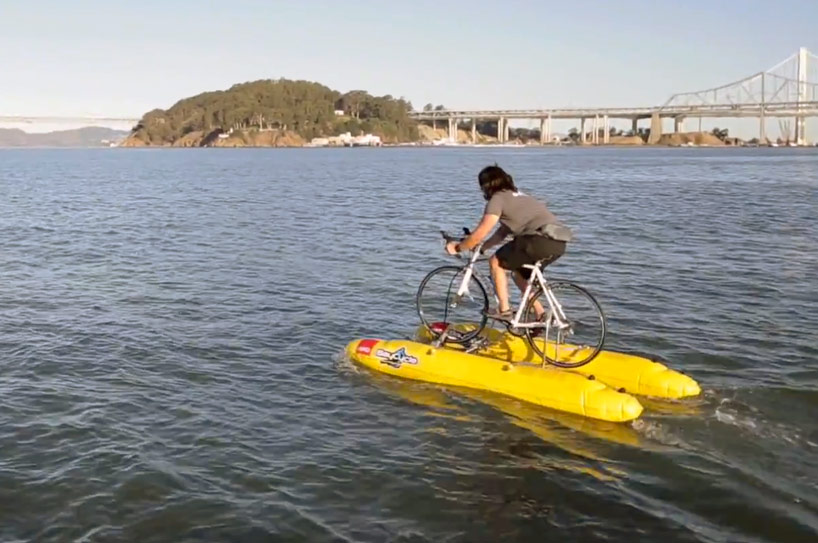 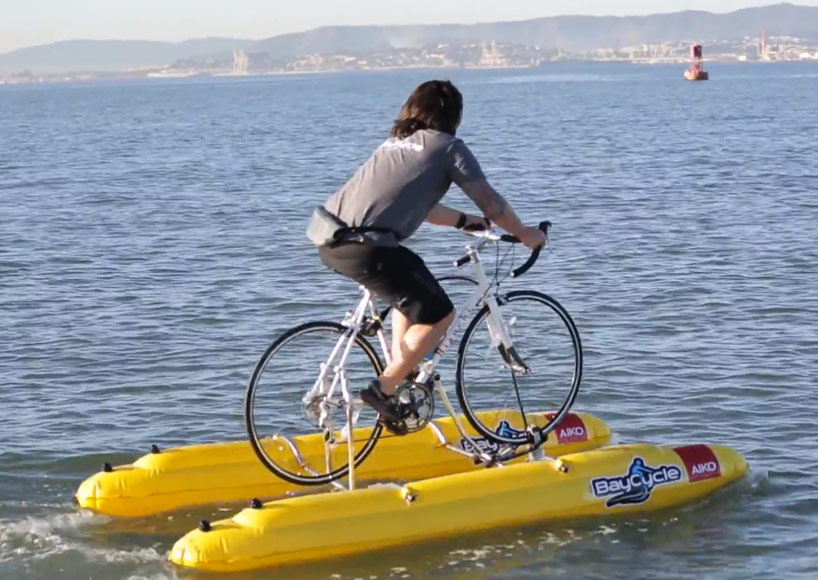 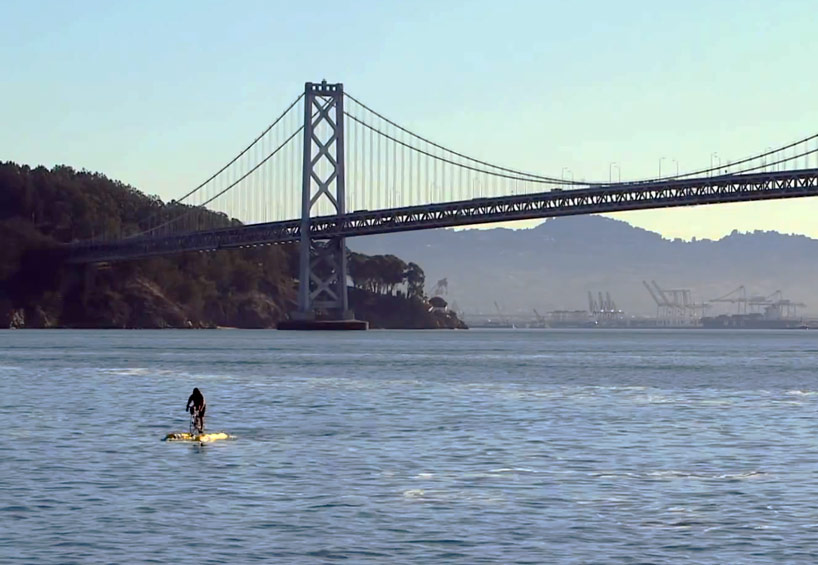 a new frontier in aquatic sport and travel: water biking