‘aura’ by béatrice durandard + océane delain was born from the desire to freshen the image of traditional basketry and integrate into the home using in a new way.

the craftsmanship, which has existed for thousands of years is used with LED sources to create a collection of hanging and wall mounted lamps. strands of rattan are replaced with flexible strips of LED lights during the weaving process, working them directly into the structure of the object.

aura won first price in ‘adream‘, a european architecture and design contest. a grant was given to the two french designers to further develop and manufacture the product. the first prototypes are on currently on exhibit at espace saint-valentin in lausanne, switzerland until march 13, 2011. 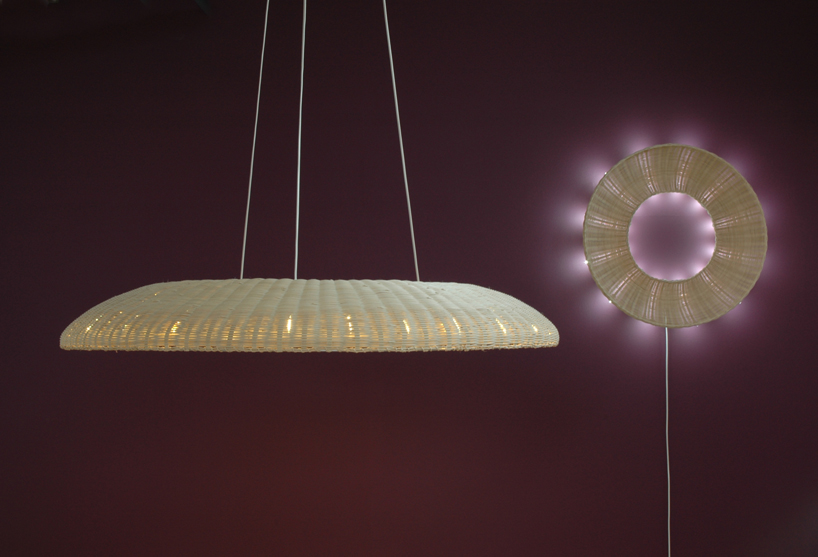 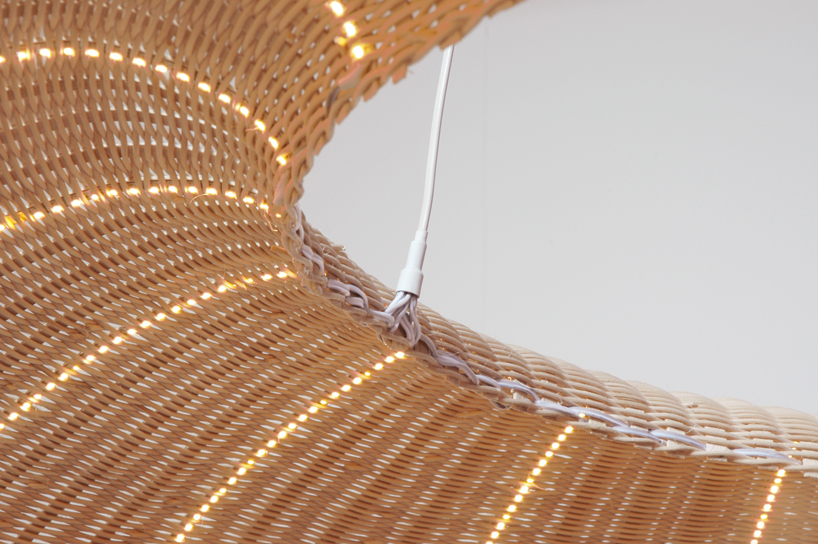 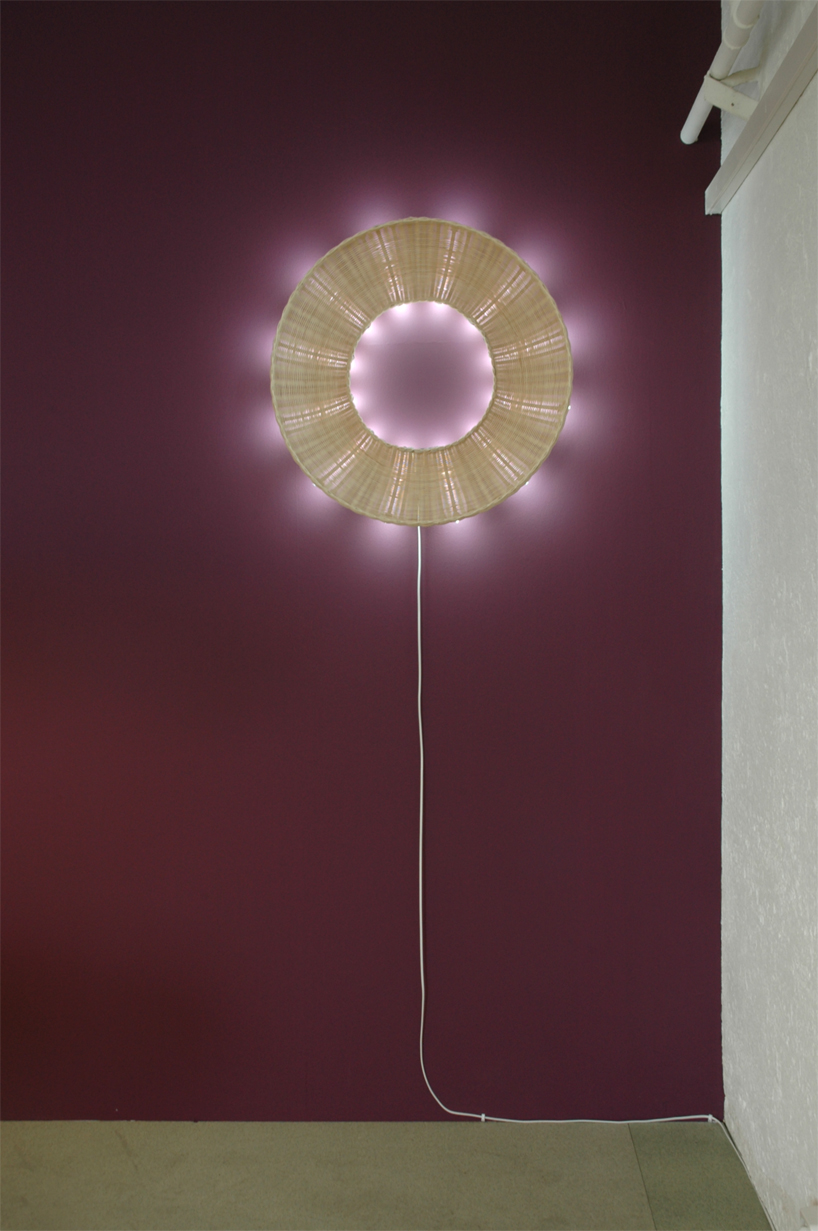 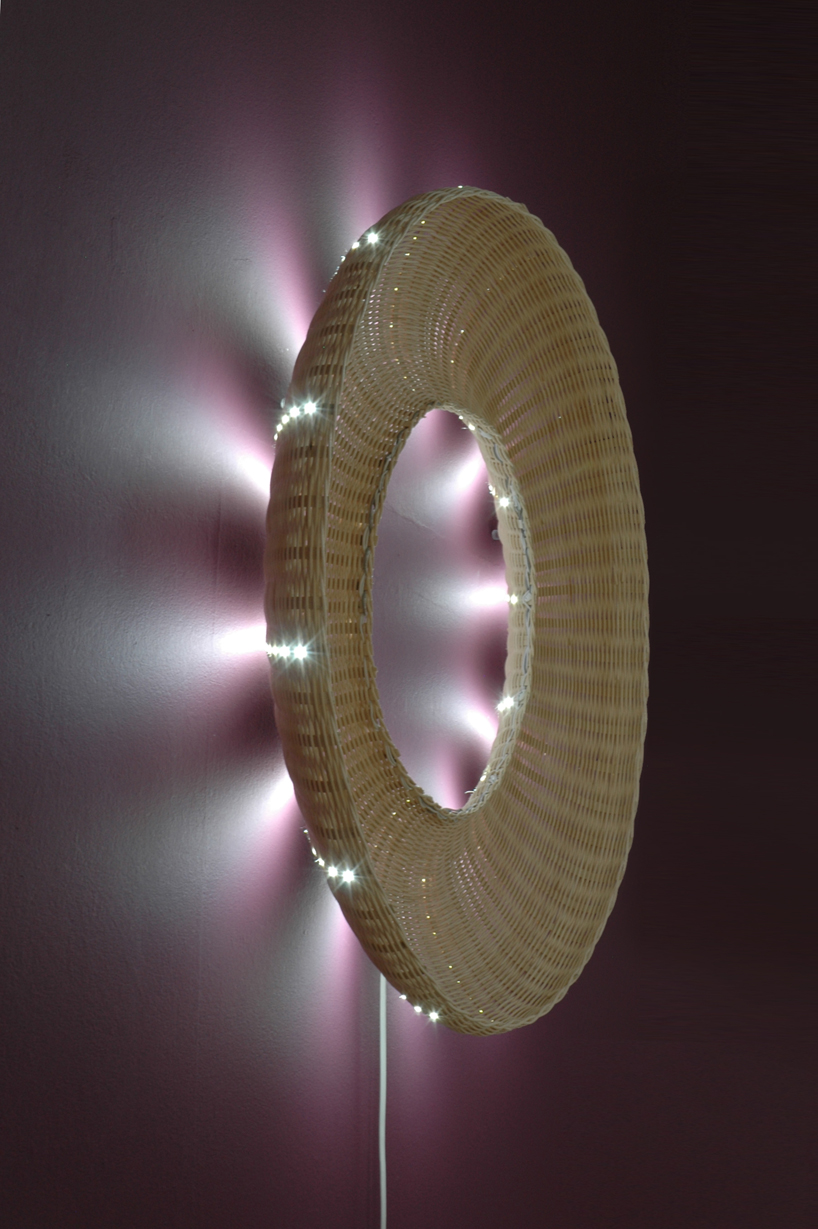 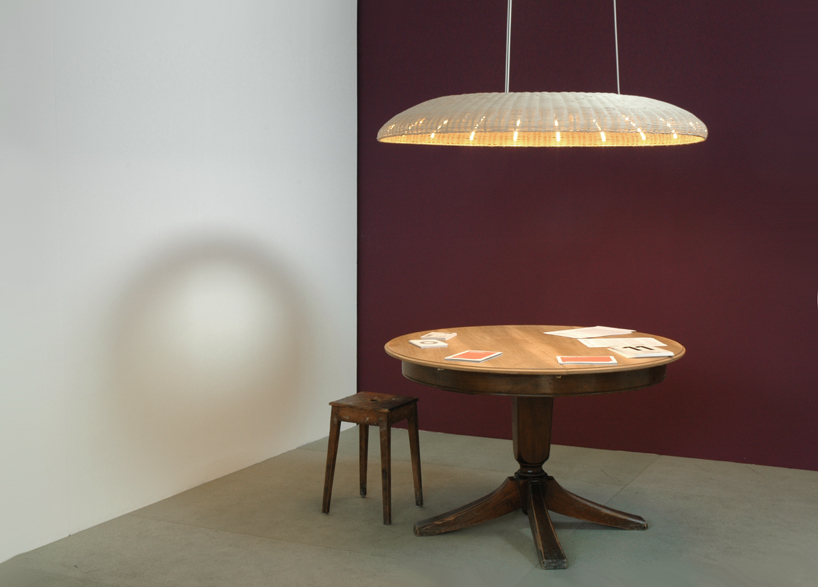 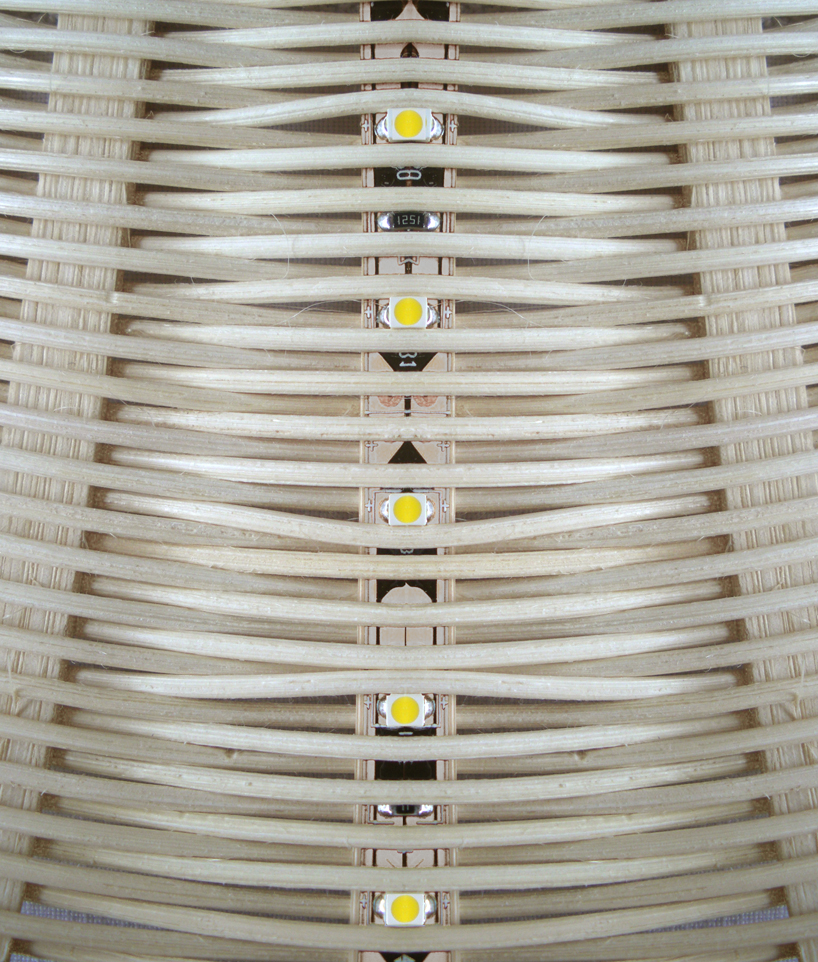 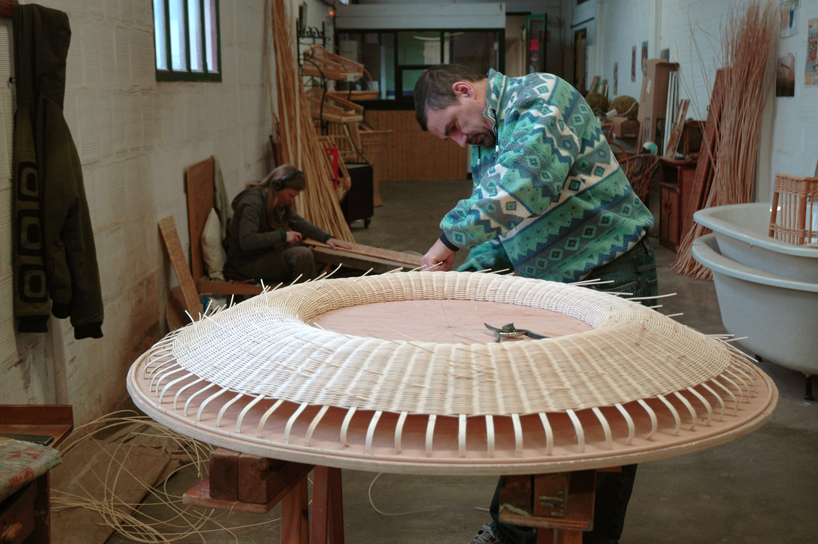 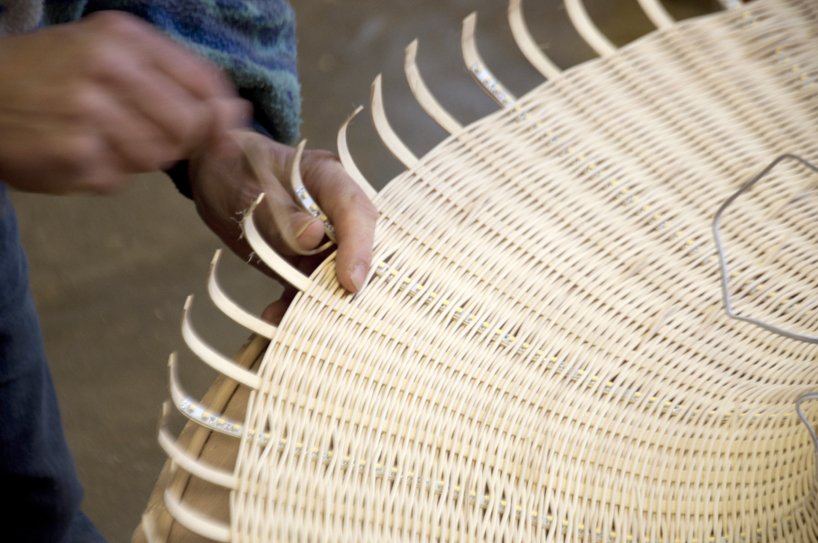