Beau & Bien’s new bespoke chandelier, Aqua, is a bright tribute to nature and the history of Limoges Porcelain. Constellations of delicate, warmly glowing handmade bubbles fall poetically from the ceiling, tailored in size and number specifically for its interior. 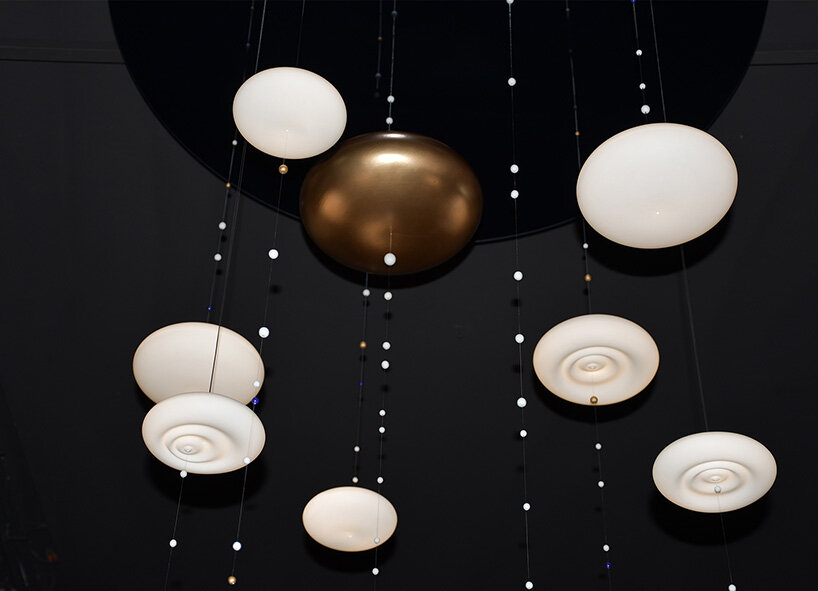 Beau & Bien’s new bespoke chandelier, Aqua, is a bright tribute to nature and the history of Limoges Porcelain

All images courtesy of Beau & Bien

Founded in 2005 by designer Sylvie Maréchal, Beau & Bien has designed luminaries of poetic form and function. Collections of lamps and suspensions combine cutting-edge technology with traditional craft. French artisan workshops craft the designs using locally-sourced materials such as Limoges Porcelain, mouth-blown glass and even resin and bronze. This 100% made-in-France philosophy minimizes the carbon footprint, also the reason for the use of LEDs as their light source. 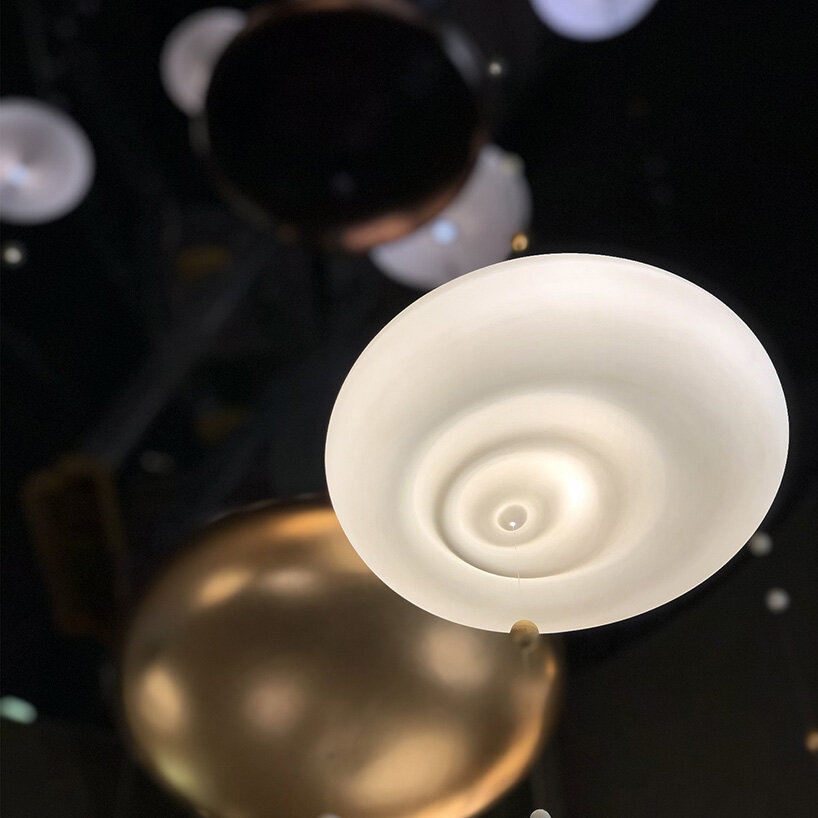 The brand, founded in 2005 by designer Sylvie Maréchal, has a 100% made-in-France philosophy

As the source of all existence, the concept for the Beau & Bien Aqua chandelier was water, as its name suggests. The design by Sylvie Maréchal captures and reflects the preciousness of this natural element. A delicate cloud of bubbles and water droplets float above and cascade from a ceiling, each piece softly glowing from within. 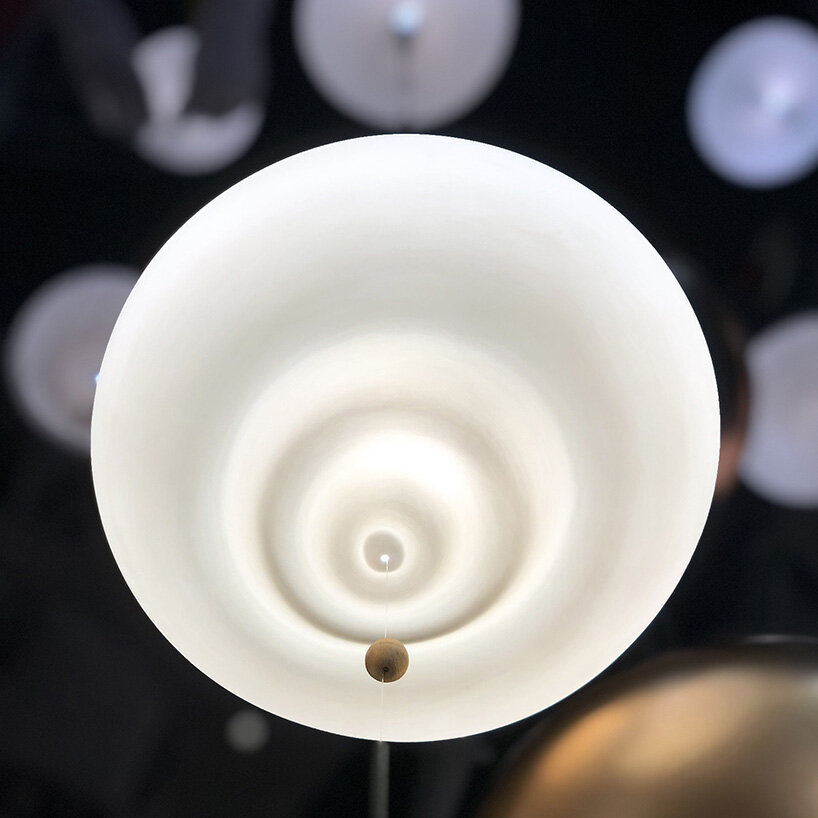 As the source of all existence, the concept for the Beau & Bien Aqua chandelier was water

Modern LED technology is housed within traditional handmade savoir-faire Limoges Porcelain. Each piece is made in Beau & Bien’s workshop in the material’s namesake region of France, borrowing and modernizing similar craft methods used since 18th century with great care and detail. It is a perfect union of a designer’s vision and crafter’s hand. 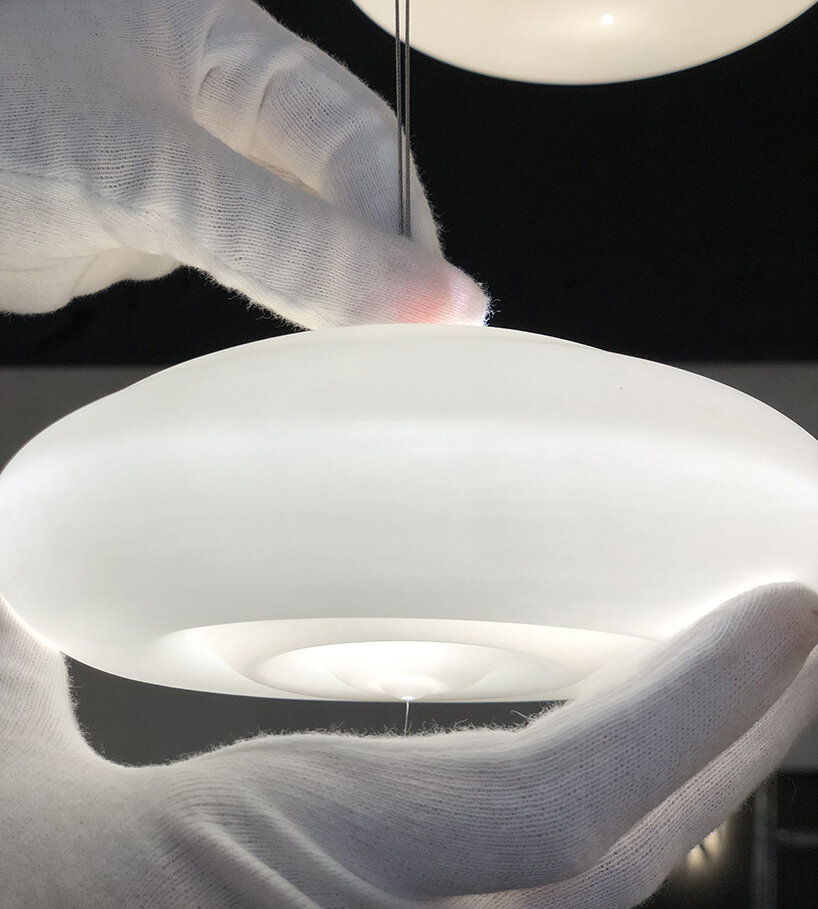 The Aqua chandelier forms a unique lighting installation for various domestic and retail interiors. Bespoke constellations are suspended from the ceiling as the overall size, quantity and dimensions of the pieces, composition and arrangement, finishes as well as the length of cables can be personalized by project. It means Beau & Bien and its crafters tailor the luminaire specifically for the client and context. 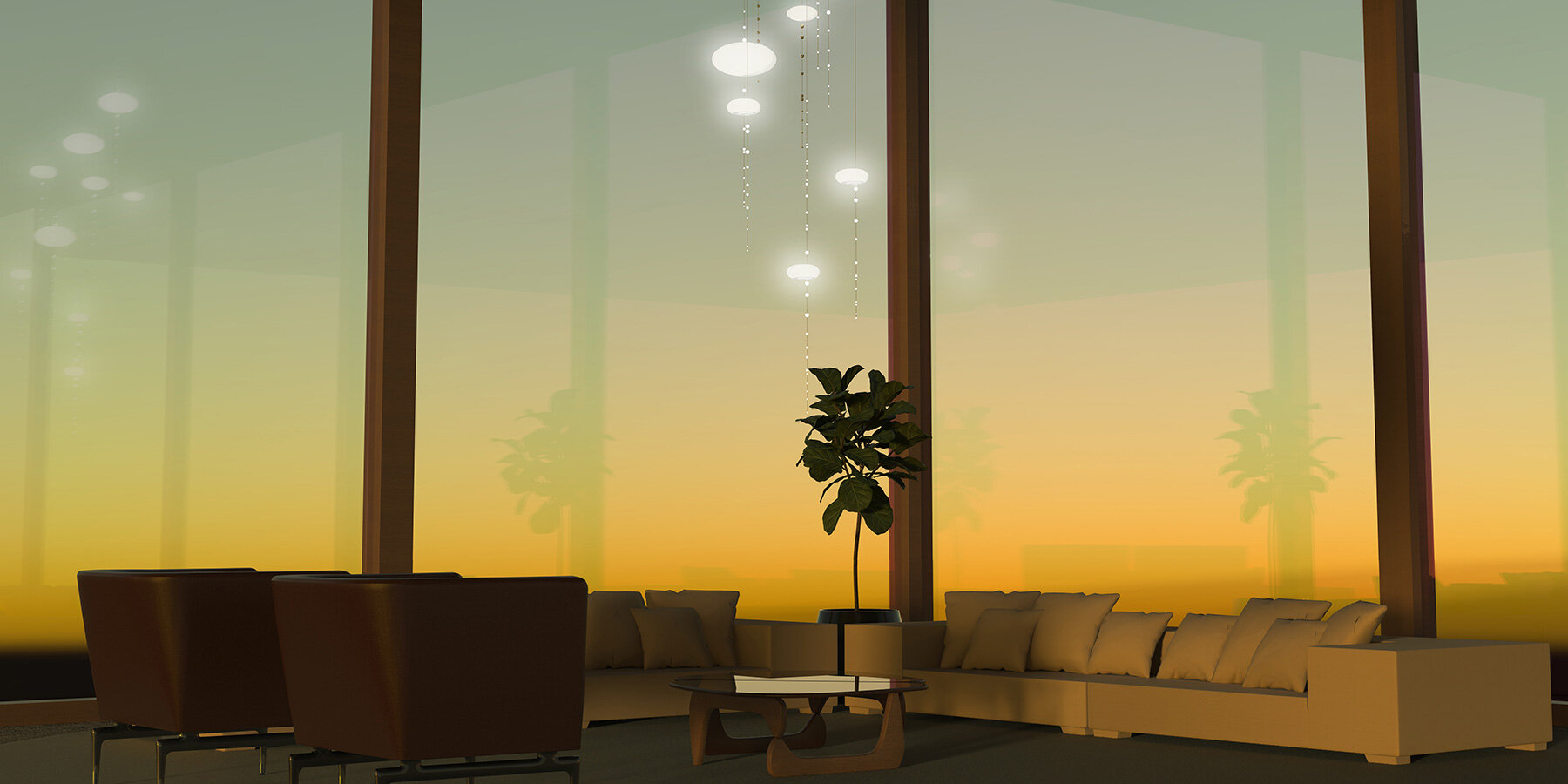 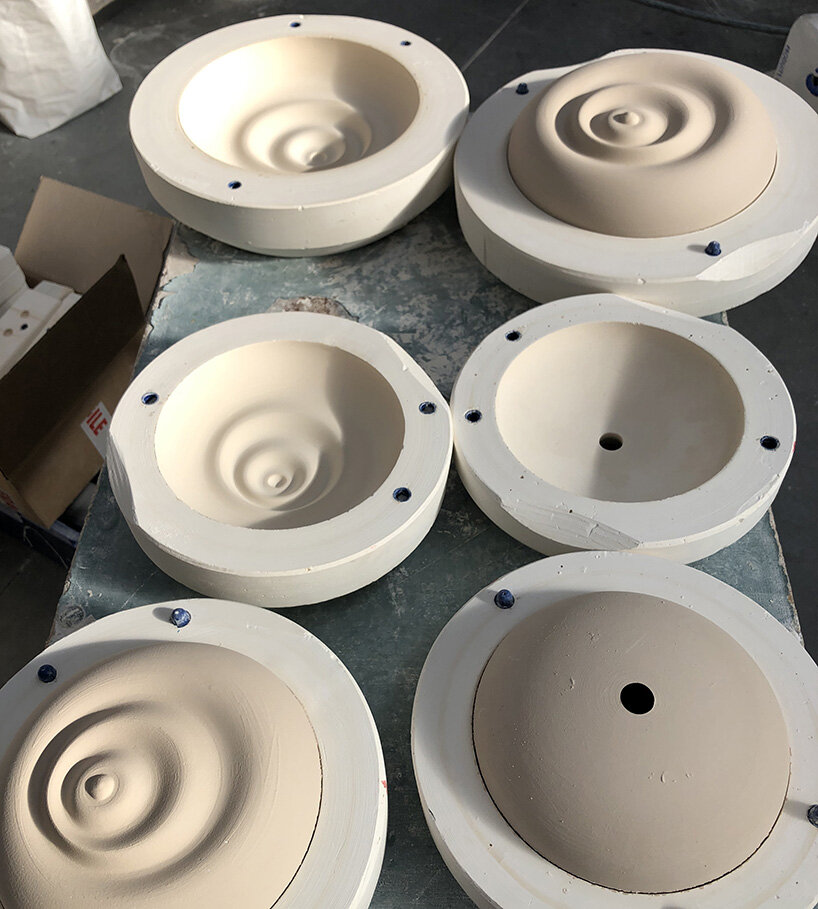 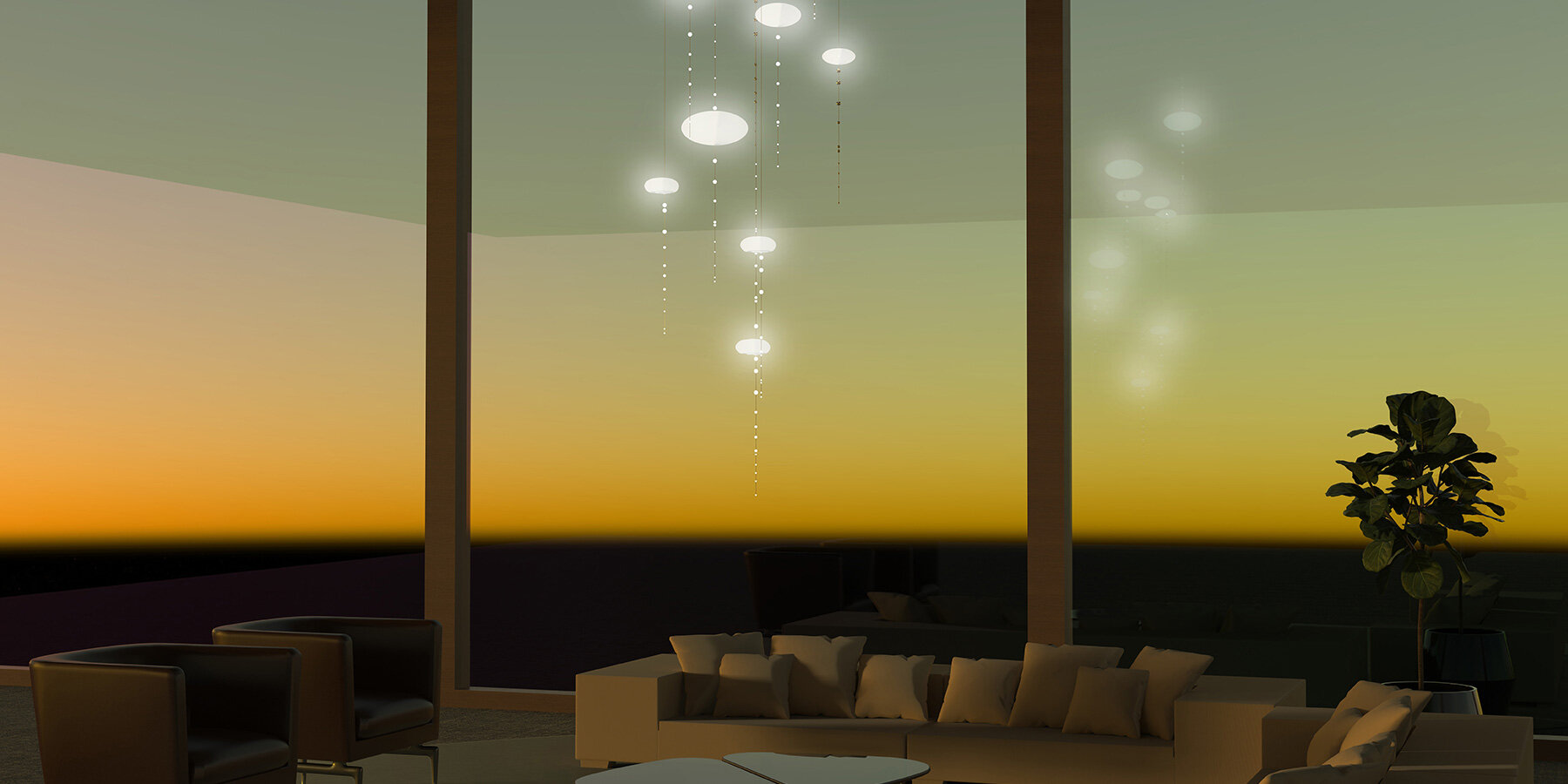 Constellations can be bespoke by size, quantity and dimensions of pieces, composition and arrangement, finishes and length of cables 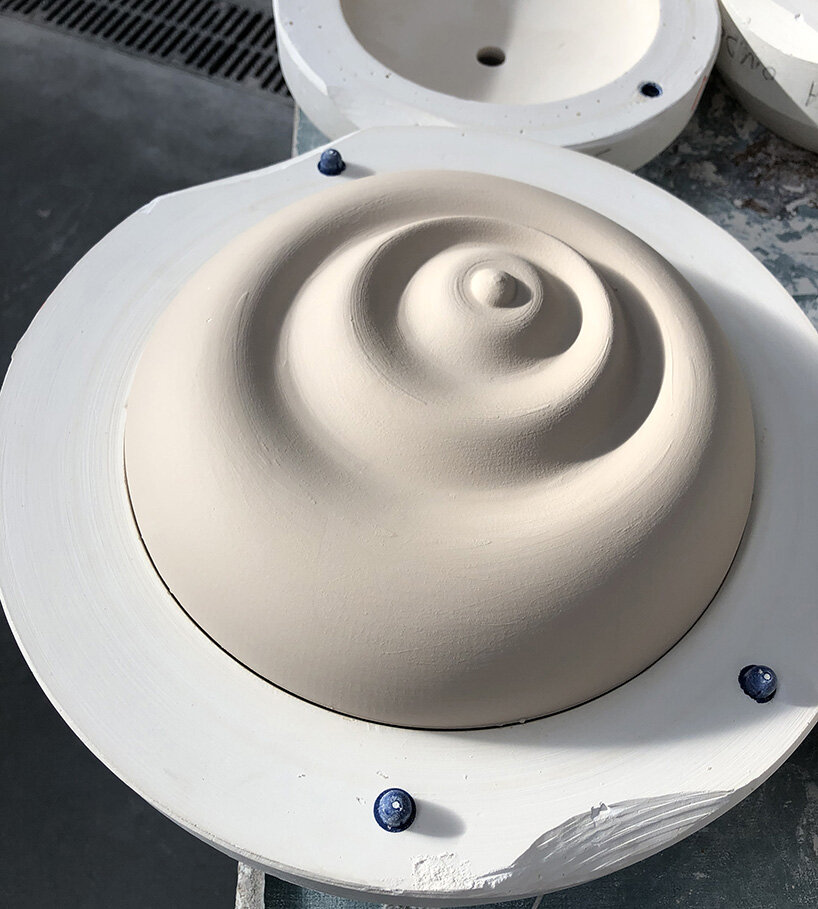 Each piece is made in workshops in France, modernizing craft methods used since 18th century with great care 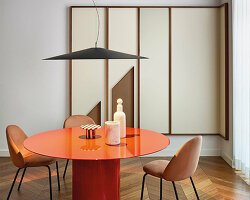