as the 2022 beijing winter olympics have officially kicked off, the international olympic committee has unveiled the design of this year’s medals. named ‘tong xin’ which means ‘together as one’ in chinese, the medals are composed of five rings and a center. their design is heavily influenced by the chinese ancient jade concentric circle pendants, with the five rings representing the olympic spirit that brings people together and the splendor of the olympic winter games that’s being shared all over the world. 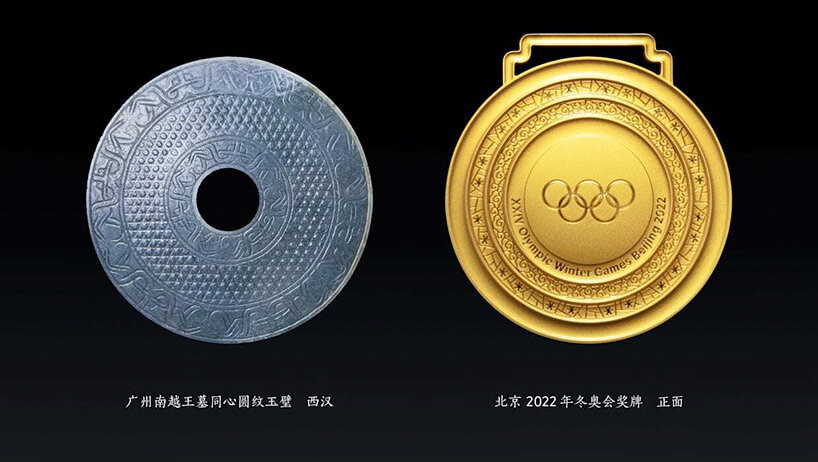 all images courtesy of the international olympic committee

paying homage to the 2008 summer olympics

if the 2022 design looks familiar to some, it’s because it pays homage to the jade-inlaid medals of the 2008 summer games. the beijing olympic organizing committee (BOCOG) has said that the shapes of the new medals resemble the 2008 ones, in order to showcase beijing as the first ‘dual olympic city’ — the first city to host both summer and winter games.

in keeping with BOCOG’s principles of a ‘streamlined, safe and splendid’ olympic games, thedesign for the gold, silver, and bronze medals is simple and classic. on the front of each medal, there is a central engraving of the five olympic rings accompanied by the words ‘XXIV olympic winter games beijing 2022’ and surrounded by ice, snow, and cloud patterns. on the back, the emblem of the olympic winter games beijing 2022 takes a central position, while the full chinese name of the beijing 2022 winter olympic games is engraved around it. also on the back is the name of the medal event, engraved on the outermost ring. the ring is concave, which echoes the traditional jade pendant design. the shallow carved designs on the rings are all based on traditional chinese patterns. 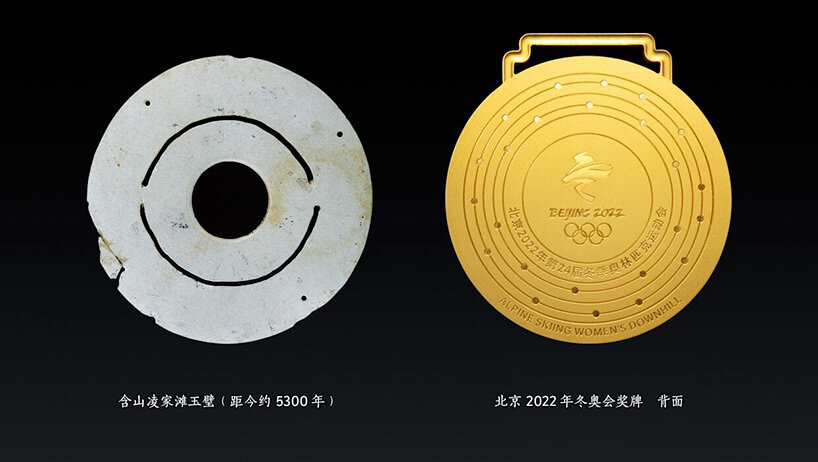 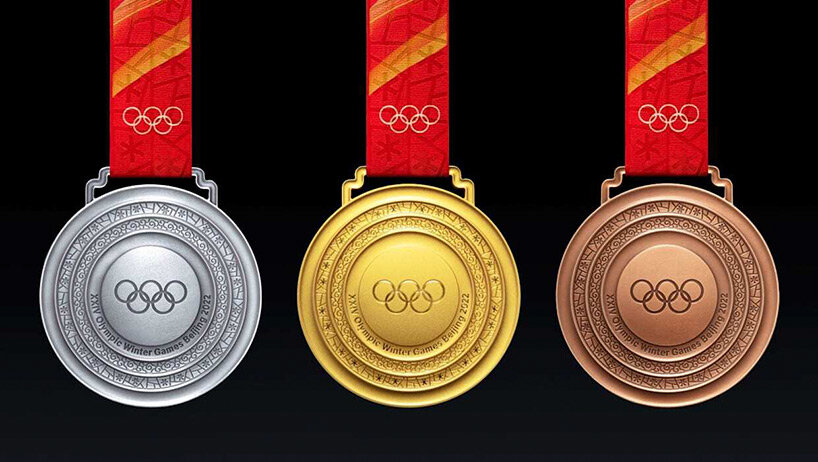 the medals for the 2022 beijing winter olympics 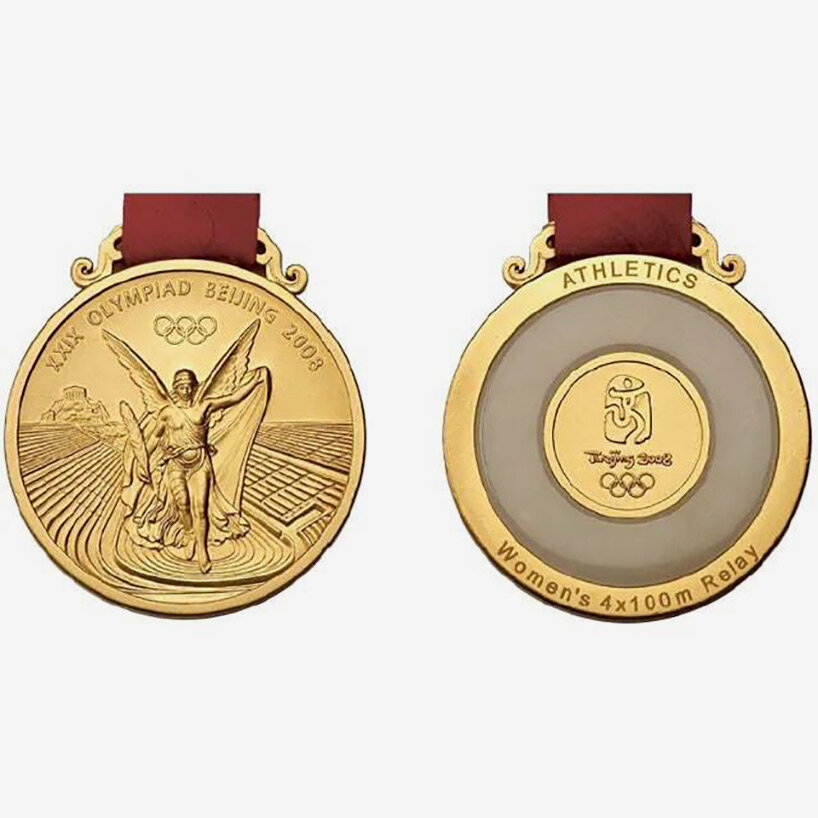