what if apple had developed a pocket macintosh back at the time?

to assist the light show, we came early to the opening ceremony for beijing design week 2011 image © designboom

from september 26th through october 3rd, 2011, a diverse crowd of people from around the world are gathering in beijing, china, for the city’s design week and concurrent first beijing international design triennial (which continues through october 17th). it began in high style with a kickoff event featuring international designers, political representatives, press and media, plus chinese celebrities, for speeches and celebration that concluded with a light show projected onto the millenium monument.

the week has brought many international designers, journalists, and visitors to beijing, offering a glimpse into the quickly developing world of contemporary chinese design and architecture that we do not always have the opportunity to see. the event likewise gives chinese creatives a way to engage with and present their work to a much broader audience.  BJDW exhibitions were hosted throughout the city, in spaces and districts that themselves bring up interesting questions about the effects that historic beijing’s rapid urban transformation have on art, design, and social and urban planning.

here designboom presents some of the highlights of this year’s design week: 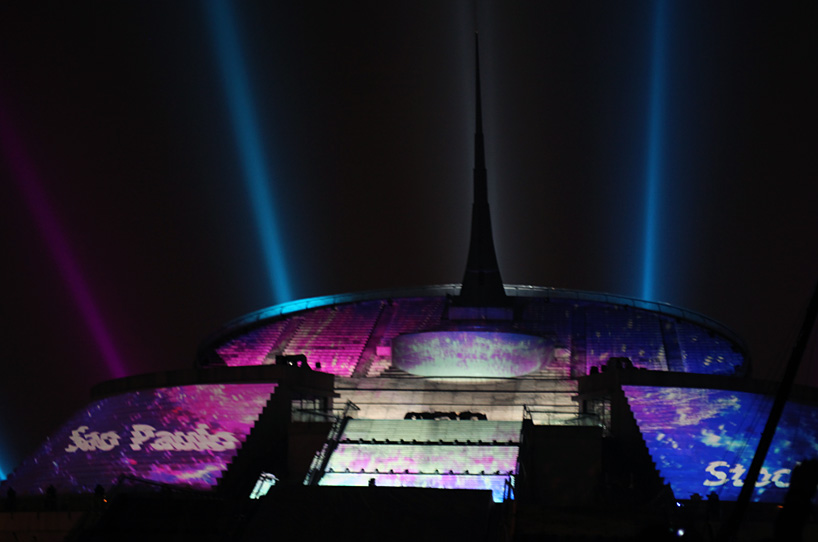 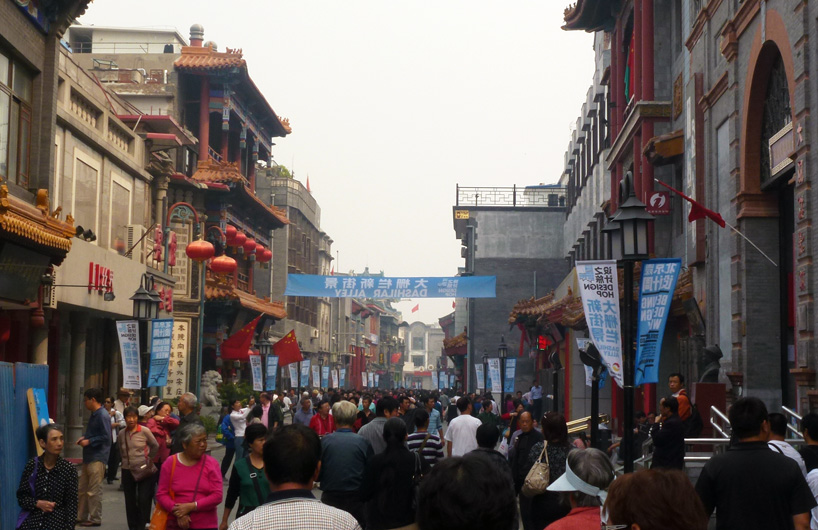 historically a centuries-old commercial center of beijing, the dashilar district is home during beijing design week to a number of pop-up shops and installations. the points of intersection of the old and new are evident in these exhibitions themselves, most of which are housed in the slightly derelict buildings that were once houses or storefronts. for example, the beijing shop wuhao transforms a traditional teahouse into an exhibition of contemporary design in ‘wuhao @ the teahouse‘, while ‘skylight cafe’ by kupa studios converts a roofless, decaying building into a pop-up restaurant.

the entire zone of dashilar is actually under redevelopment in a longterm project orchestrated under liang jingyu’s beijing-based studio approach architecture. some of the exhibitions, such as nicholas hanna’s ‘water calligraphy device‘, make clear connections between traditional practices and contemporary design. others showcase the significance of everyday life, an important concept for the area: curated by BJDW creative director aric chen, ‘silent heroes‘ and ‘lost and found’ narrate the personal associations of common household objects, while ‘a day in the life of ernesto bones‘ by designer ab rogers imagines the story of a single day in the life of the fictional ernesto bones, as told through text and multimedia works by invited artists, chefs, critics, and designers that each recount a single hour. 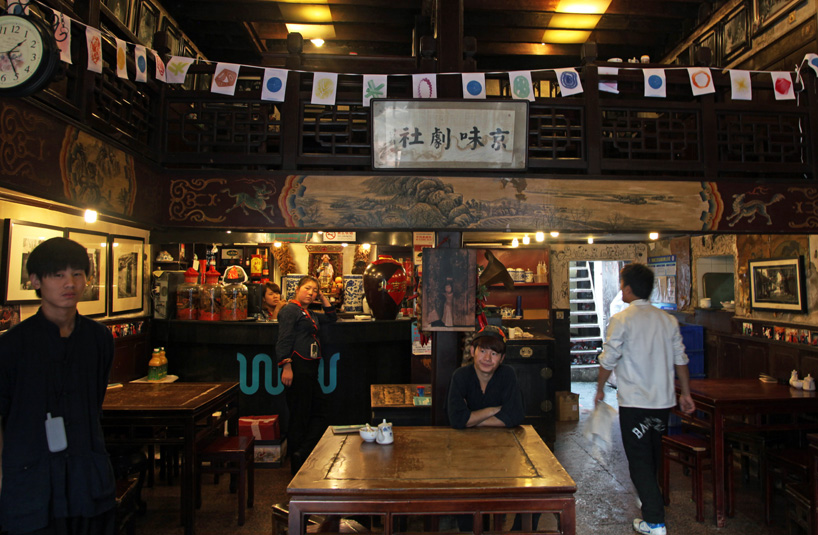 the beijing international design triennial at the national museum

the first beijing international design triennial is held in the china national museum along the east side of tian-anmen square. five exhibition halls each treat the theme of ‘good design’, showcasing works of international designers that attend to the need for balance in relationships between technology and tradition, producer and manufacturer, reason and emotion. read more about the first beijing design triennial through designboom’s feature on the ‘rethinking bamboo‘ exhibition. 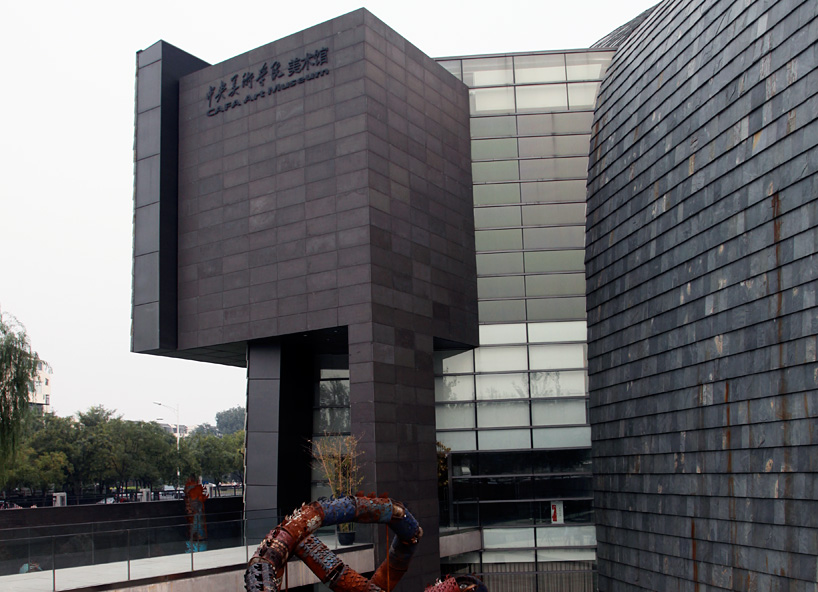 beijing’s central academy of fine arts (CAFA) hosted talks by designers paul cocksedge and neville brody, as well as an exhibition in its art museum (pictured above) image © designboom

once a gas power plant, the industrial zone of 751D-park to the northeast of beijing retains its progressive heritage with a number of international exhibitions that investigate design and innovation. work by students at the beijing institute of fashion technology, the academy of media arts cologne, and new york-based parsons’s new school of design all showcase the use of technology across a range of disciplines. ‘bamboo innovations’ investigates new uses of a traditional material, while the dutch DFA program ‘smart cities healthy cities‘ focuses on enhancing the quality of life in urban spaces. london, the guest city of BJDW 2011, is represented by an exhibition on the making of the UK pavilion for the shanghai world expo 2010, as well as the beijing installation of the ‘UK china art and design festival’, which celebrates UK-based chinese artists with an exhibition and series of workshops. 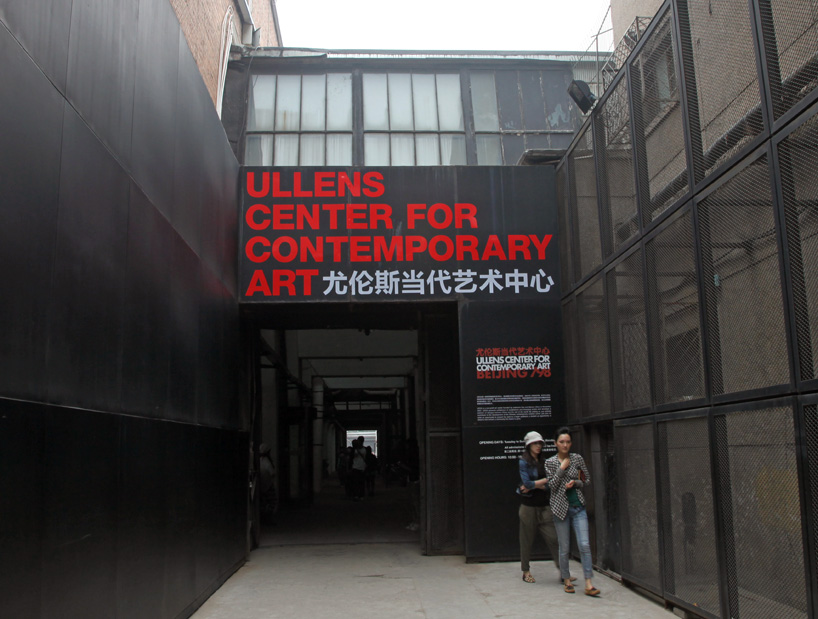 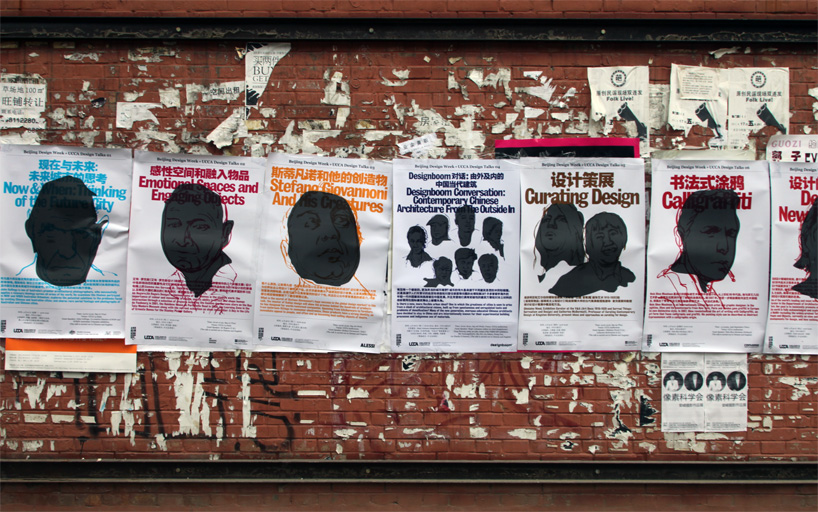 located in the 798 art district next to 751-D park, the ullens center for contemporary art hosted the ‘BJDW / UCCA talks’ series, where once to twice a day the public was invited into the converted factory space, now used as a cultural center and art gallery.

offering insight into their own works, design process, and careers, italian designer stefano giovannoni gave the talk ‘stefano giovannoni and his creatures’, while renowned british designer tom dixon spoke on ‘design and how not to do it’ for the final event of the series. ghislaine wood, exhibition curator of the V&A museum in london, and professor catherine mcdermott, discussed approaches to ‘curating design’, while paola antonelli, the senior design curator at the MOMA in new york city, hosted a talk on ‘design’s new frontiers’.

besides the BJDW / UCCA talks, the school of design at beijing’s central academy of fine arts (CAFA) hosted two events in which british industrial designer paul cocksedge and US-based typographer and designer neville brody respectively each presented on his work in a short series organized by the british embassy.

May 04, 2022
julian bedel of fueguia 1833 infuses his perfumes with medicinal plants and botanical research
the heart of the brand lies in patagonia, within its unspoiled territories which cultivate bedel's ambition to use - and maintain - natural resources to drive his creations.
design
0 shares
connections: 19

May 03, 2022
first peter zumthor furniture collection by time & style now available for consumers
free from decorative elements, the pieces testify to a fragment of his works, as parts of an architectural narrative.
design
269 shares
readers
connections: 29

Apr 28, 2022
the weeknd teams up with MSCHF to create limited vinyl pressed on actual saw blade
'do not operate while heartbroken,' the weeknd warns.
design
936 shares
connections: 28