‘affinity chair’ by ben alun-jones, morphs between near-invisibility and a bright, lit presence

with ‘affinity chair‘, british designer ben alun-jones investigates through the common object the ideas of invisibility, presence, and the use of technology in design.

in chair design, he explains, the conceptual ideal is that ‘what you want to sit on is nothing– like you’re supported by air.’ taking the ideological rather than practical interpretation of this idea, alun-jones developed a chair that merges with its environment as though invisible, until approached by a potential user. 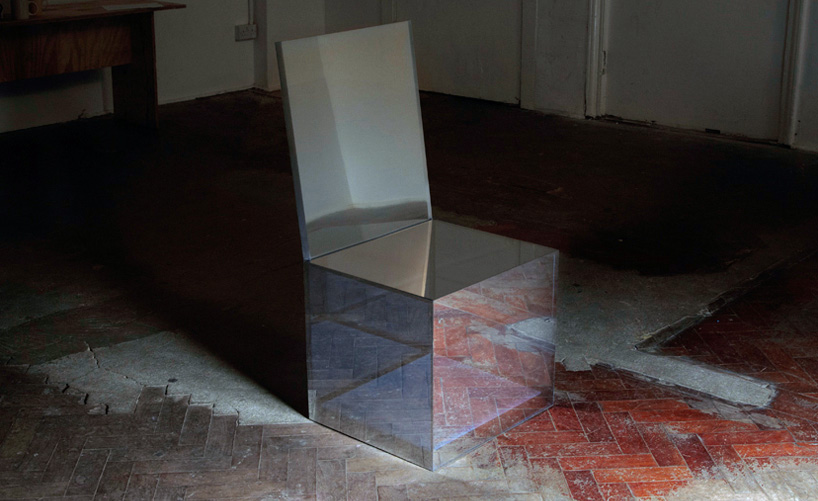 when left alone, the chair’s mirrored surfaces reflect its environment

the invisibility effect is achieved through the use of plastic acrylic sheets in conjunction with one-way mirror film, so that the chair reflects its surroundings. when it is approached, ultrasonic sensors activate pulsing LEDs that increase their pace ‘like a heartbeat’ as the visitor draws nearer. the chair’s frame is thus lit from the inside, while at the same time, its exterior surfaces become transparent and its edges illuminated. 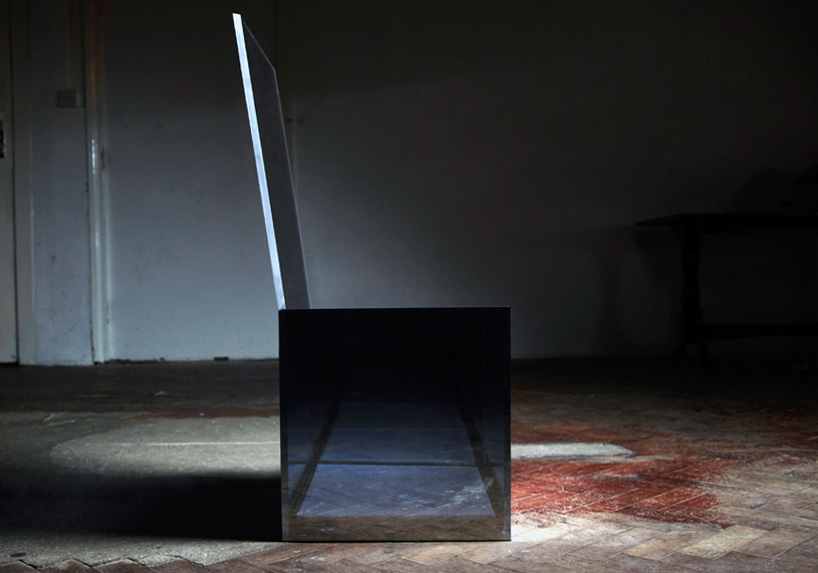 the chair mid-transition between its invisible and illuminated states 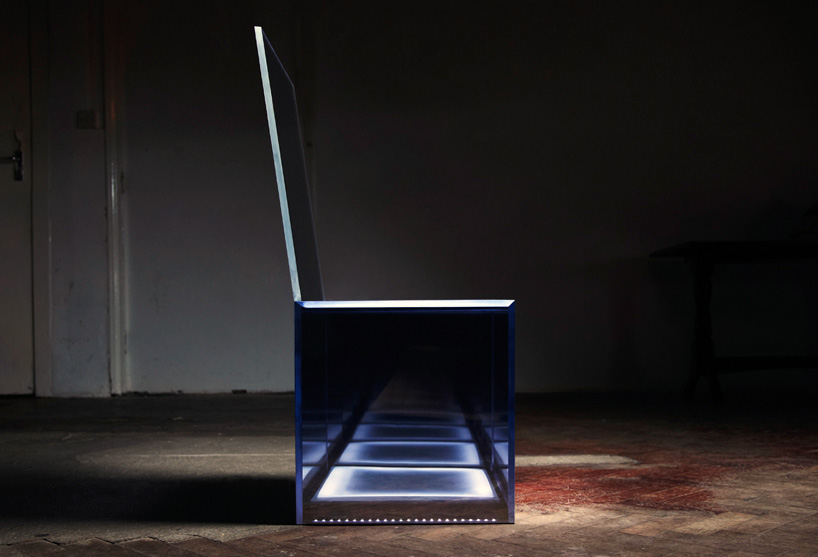 as the chair is illuminated from inside, its surfaces become transparent

‘the chair’s disappearance is an attempt at escape;yet this strangely animate object remains rooted to the spot,its vanishing body revealing a further hidden space within.’ 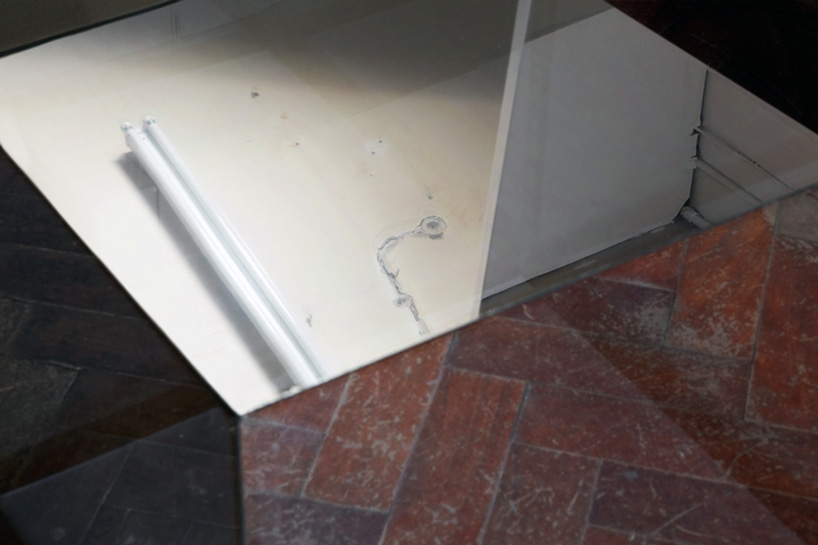 detail looking down onto the chair’s base in ‘invisible mode’ 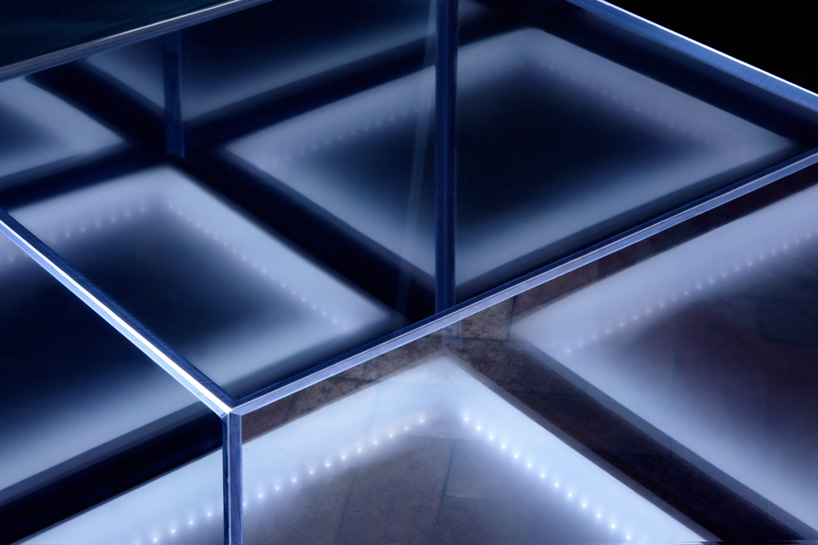 detail looking onto the chair’s base when illuminated

‘affinity chair’ will be on exhibition at the royal college of art interim show from february 2nd – 7th, 2011, and at the victoria and albert museum‘s V&A digital festival, on march 5th, 2011, both in london, UK.

video of the chair shifting its states