a thriving ecosystem found in the great pacific garbage patch

A host of weird and wonderful wildlife has been found living in the Great Pacific Garbage Patch thanks to long-distance swimmer Ben Lecomte. In June 2019, Lecomte embarked on the record-breaking Vortex Swim accompanied by a crew who charted his path through the gyre and took samples from the water. When they got to the heart of the garbage patch, what they found was surprising. Not only floating plastic, but also high concentrations of floating life called ‘neuston’. 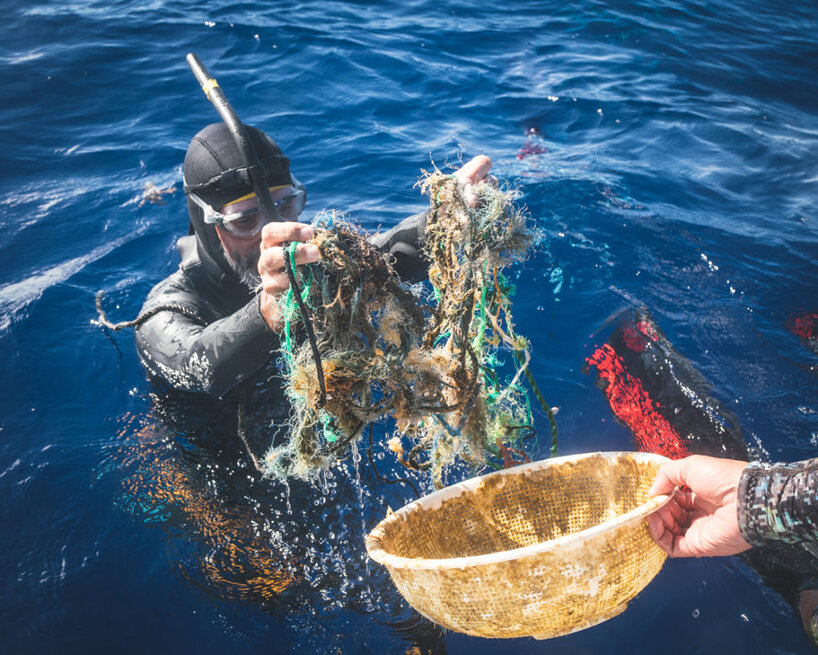 Lecomte and his crew’s findings have been documented in a recent paper and in a lengthy twitter thread by Rebecca Helm, co-author and assistant professor of biology at the University of North Carolina, Asheville.

Their predators, the blue sea dragons, who eat man-o-war and steal their stinging cells. Covering their bodies in an armor made from the weapons of their vanquished prey…pic.twitter.com/zeLKnBsqz1

Helm also shared pictures of cannibalistic violet snails, blue button jellyfish, and by-the-wind sailors, which have a sail-like body to catch the wind and travel on ocean currents.

By-the-wind sailors, going where the wind will take them, literal living sailboats. And that’s not all… pic.twitter.com/3ghxrhW5wk

As well as recording all these amazing ocean species, Helm and her research team found that the center of the Great Pacific Garbage Patch was home to more life. ‘We found that densities of floating life were significantly higher inside the central part of NPGP than on its periphery, and there was a significant positive relationship between neuston abundance and plastic abundance.’

The researchers also hypothesize that other areas of high plastic concentration could be home to similar neuston ecosystems. ‘Our findings suggest subtropical gyres and other areas of high plastic concentration may be more than just garbage patches. The presence of unnoticed neuston seas not only has implications for regional ecology and ecosystem services but possibly for international policy and biodiversity protection.’

‘we must stop plastic before it enters the ocean’

With all this mind, Helm has raised concern for ocean cleanup projects that may bulldoze through these thriving ecosystems. She took to Twitter to say, ‘This is why we must stop plastic BEFORE it enters the ocean… Cleaning up in the middle of the ocean, with giant nets, may sound like a good idea, but it could be like bulldozing a meadow to clean up plastic bags. You’re going to catch life in those nets, in fact, it’s already happened…’

‘Earlier this year I warned that @TheOceanCleanup would catch and kill floating marine life,’ Helm continued. ‘This week they announced they’re collecting plastic, and their picture shows HUNDREDS of floating animals trapped with plastic (red circles).’ 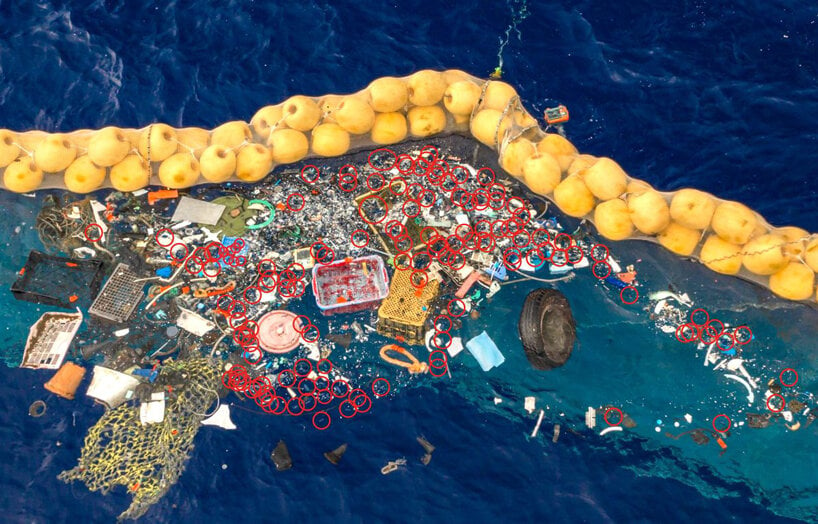 image by The Ocean Cleanup, with red circles added by Rebecca Helm to identify neuston