informed by the natural landscapes of his native arizona, his studies in the city of chicago, and the architecture of his current home in LA, ben medansky amasses his far-reaching artistic influences into the design of his carefully crafted ceramic pieces. these varied environments — rich in both natural and manmade artifacts — form the foundation of medansky’s creative inclination. 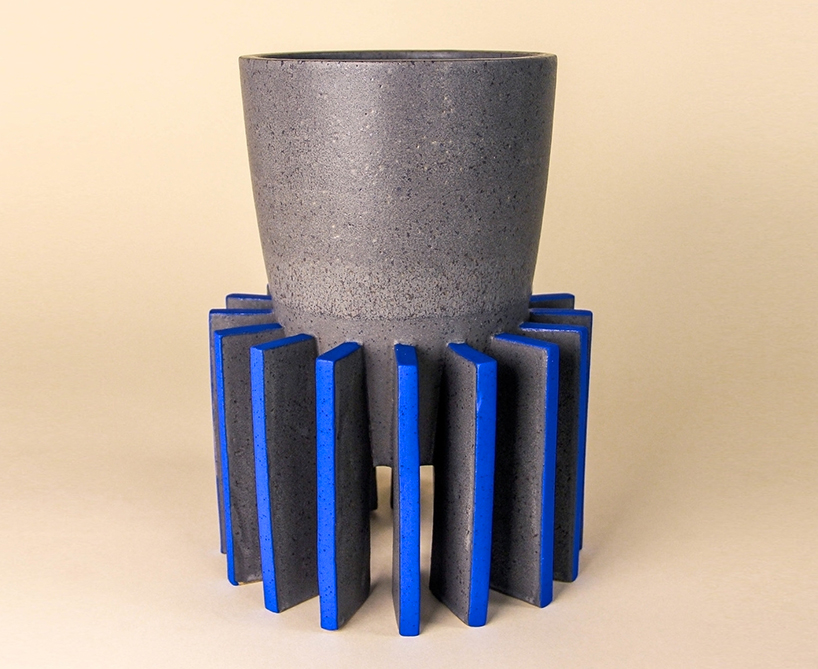 especially drawn to brutalism, modern architecture, mechanics, industrial aesthetics and the diverse cityscape of downtown LA, medansky remixes these aspects of his environment into sculptural objects and limited-edition wares. these bold pieces made from earthen materials explore geometric variations of grids and symmetrical spaces, while adopting a selective color palette of grey, black, beige and blue. otherwise overlooked industrial aspects of everyday life — such as construction scaffold, vents and pipes — become important motifs that form a common thread throughout the pieces. medansky has been named one of six ‘rising talents‘ at the second edition of maison&object americas 2016 — a global showcase held in miami from may 10-13. hosted within a specially-curated space at the fair, medansky has presented a collection of vessels and sculptural objects that integrate industrial and structural motifs in their design. rendered in a subdued selection of black, grey and speckled beige with bold bursts of bright blue, the pieces build on medansky’s existing work while serving as a point of departure for new geometries and tonal palettes. 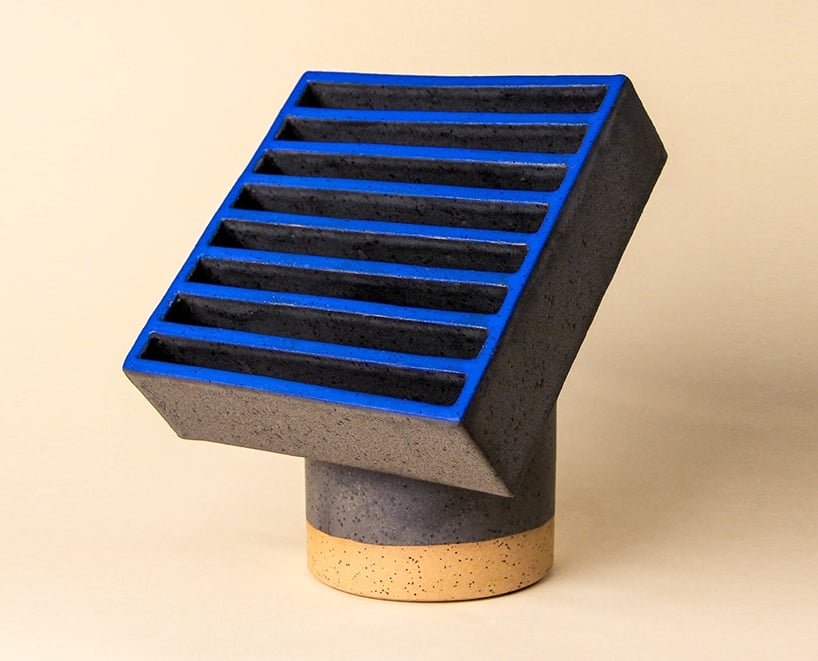 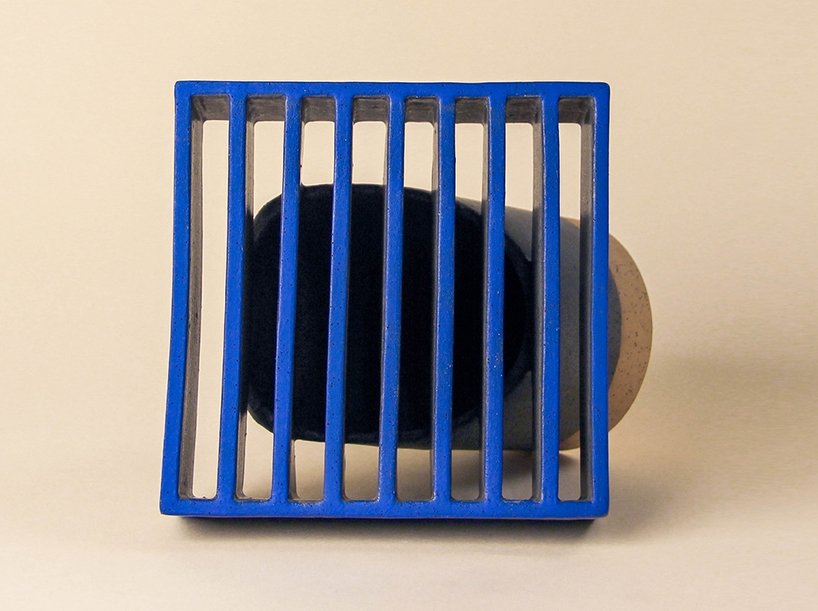 ‘vent’ viewed from the top the ‘cis vent bowl’ features a black and blue top, with a speckled beige base 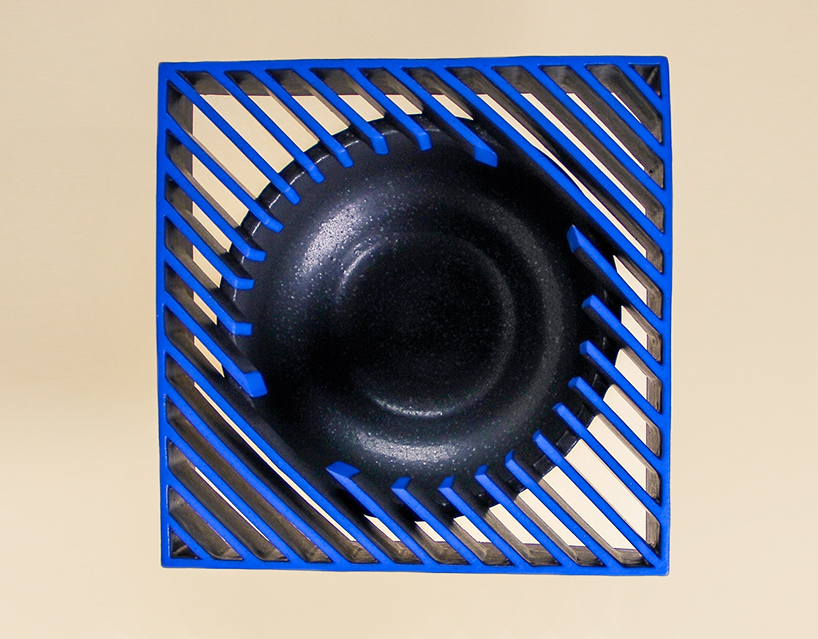 from the top of the ‘cis vent bowl’, a diagonal grid of blue lines can be seen 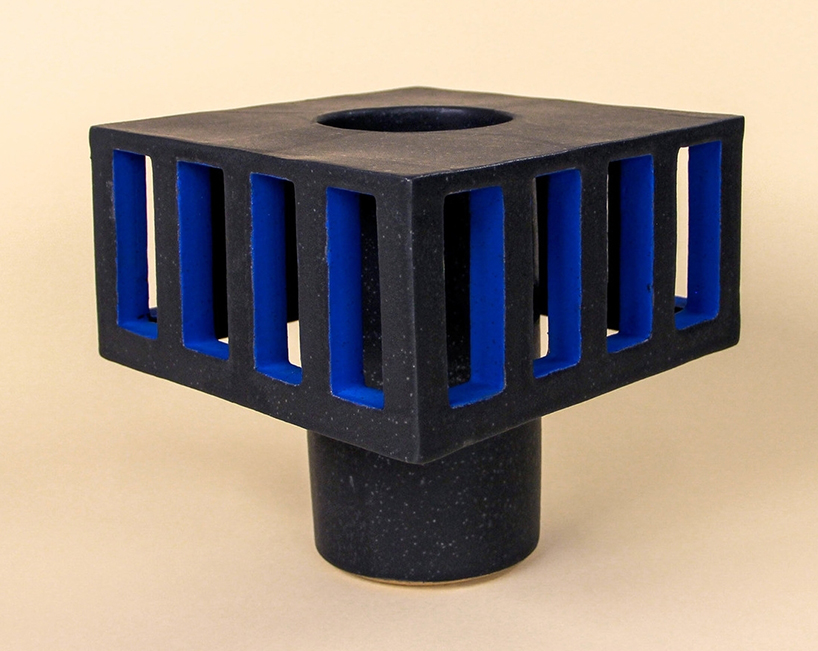 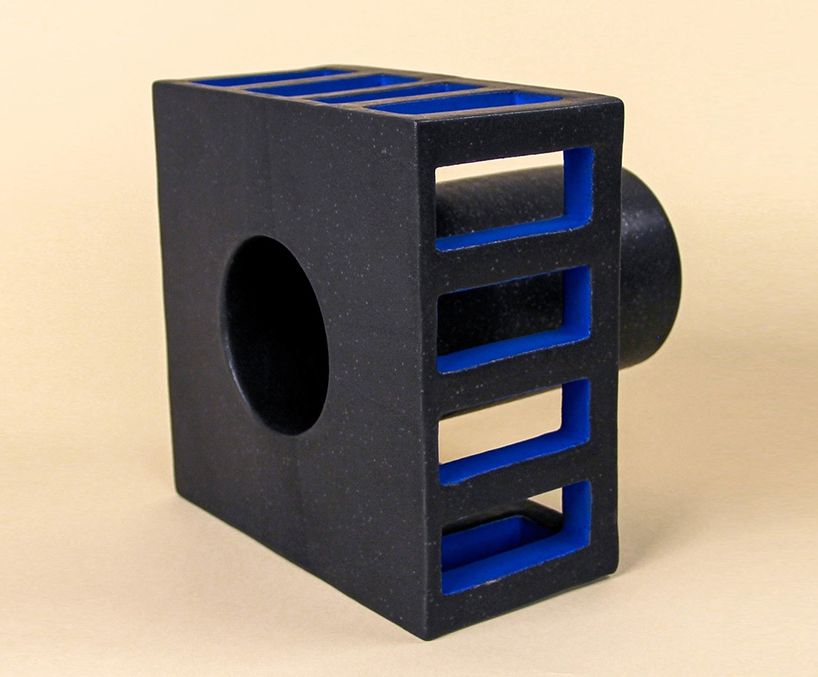 view of ‘ahm vessel’ turned on its side 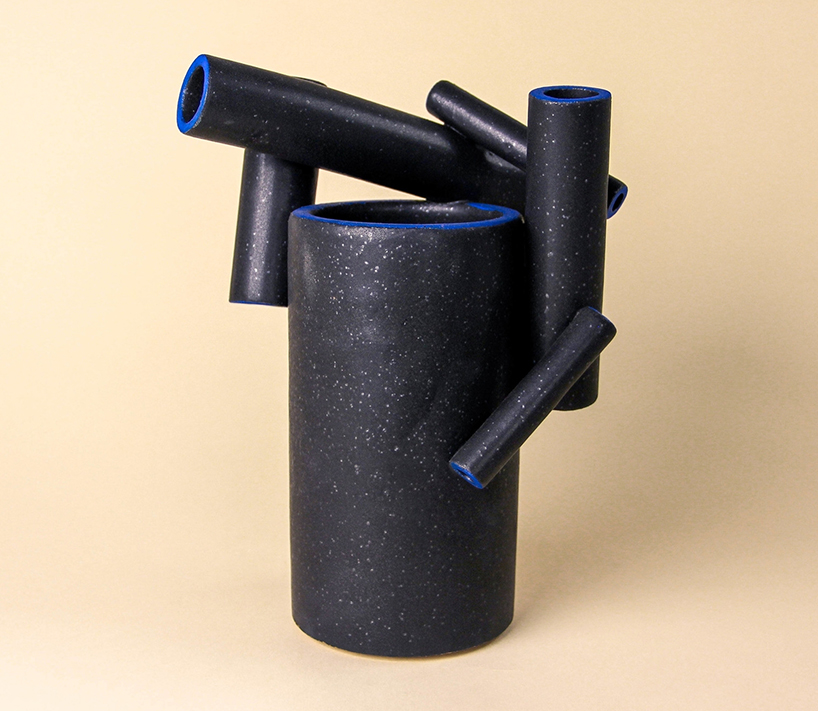 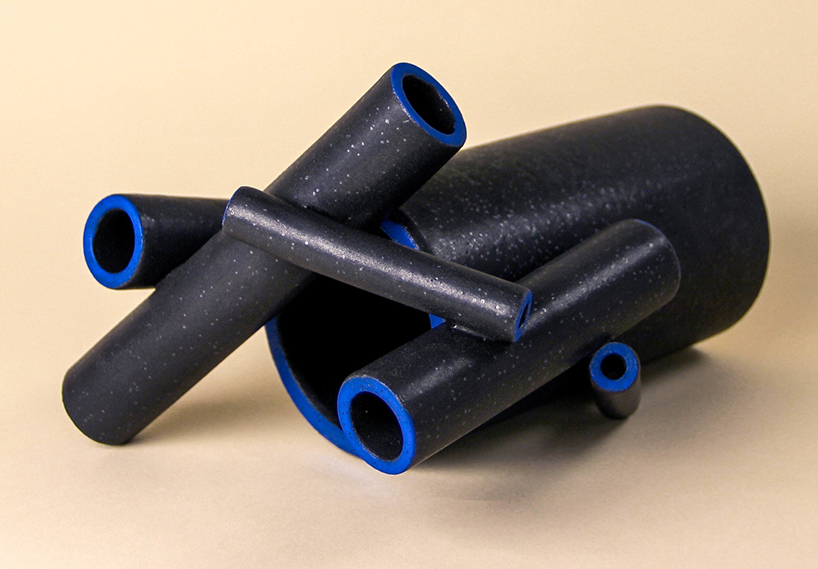 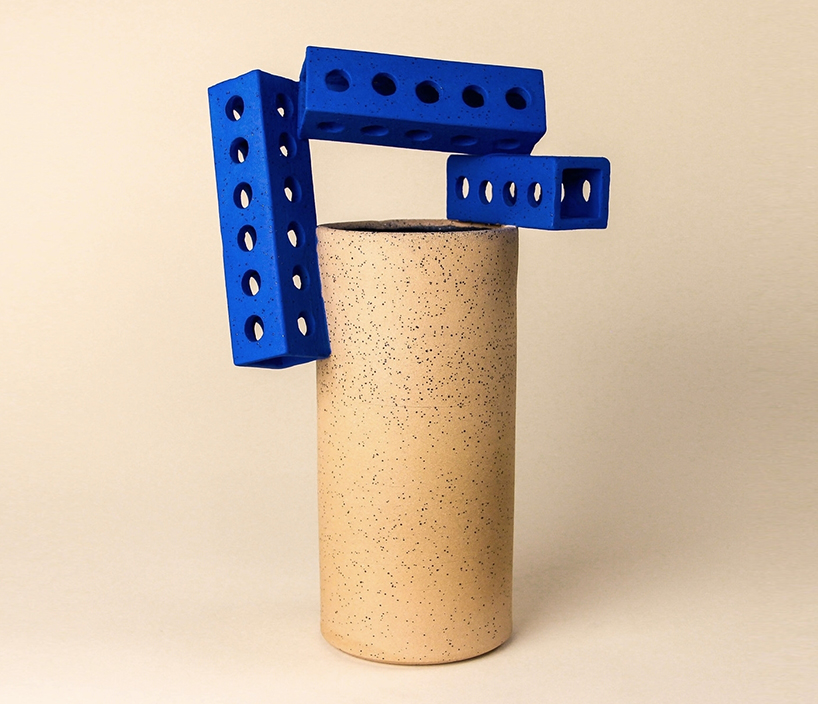 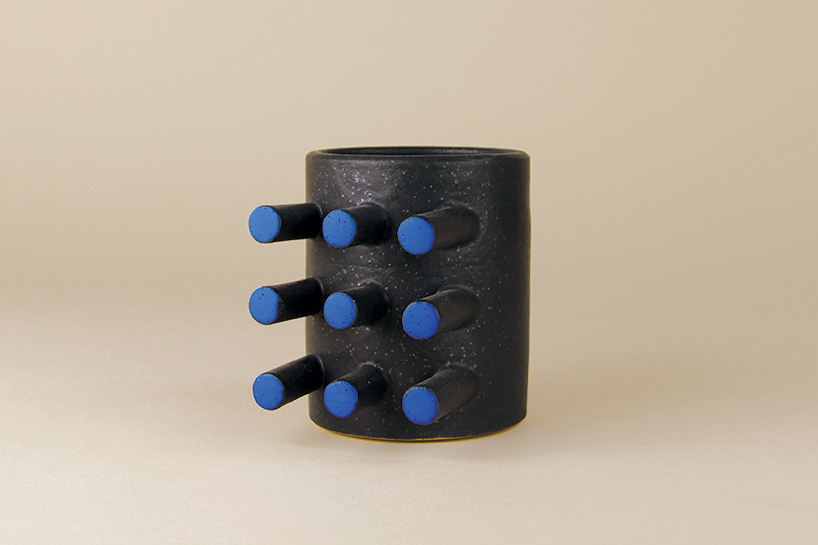 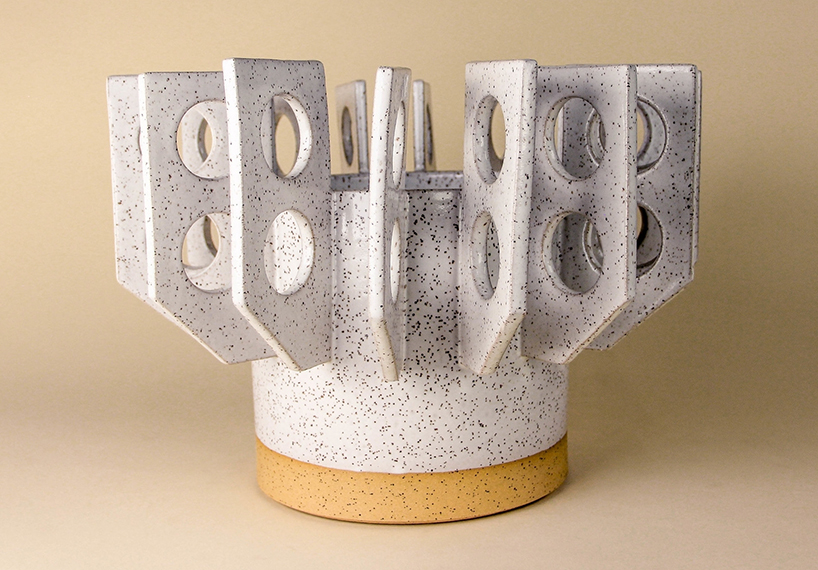 maison et objet americas 2016 runs from may 10 to may 13, 2016. the event brings the interior design and home decoration communities from north and south america to the vibrant city of miami. this second edition takes over two halls at the miami beach convention center, with an outreach of events, exhibitions and activities planned for across the city throughout the week. 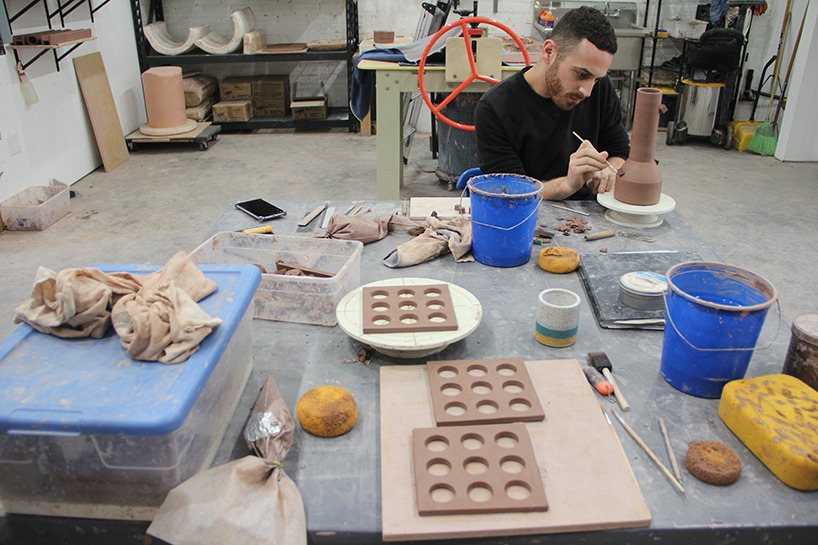 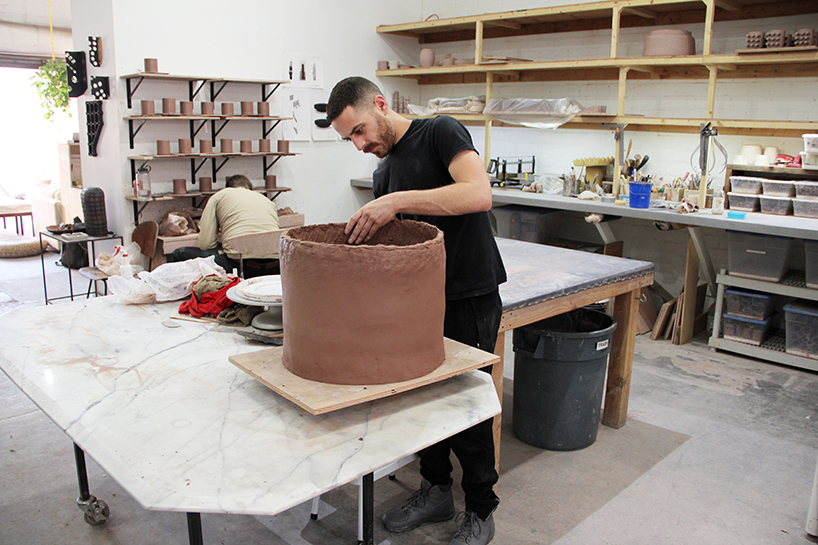 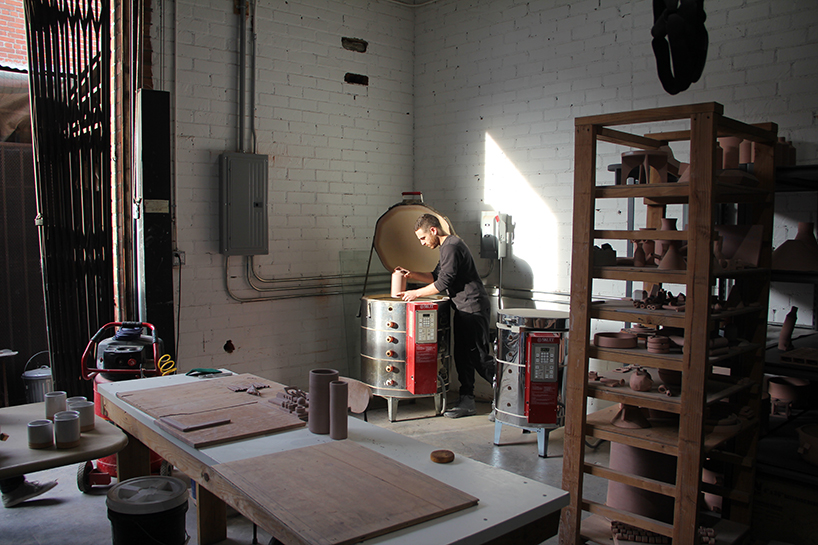 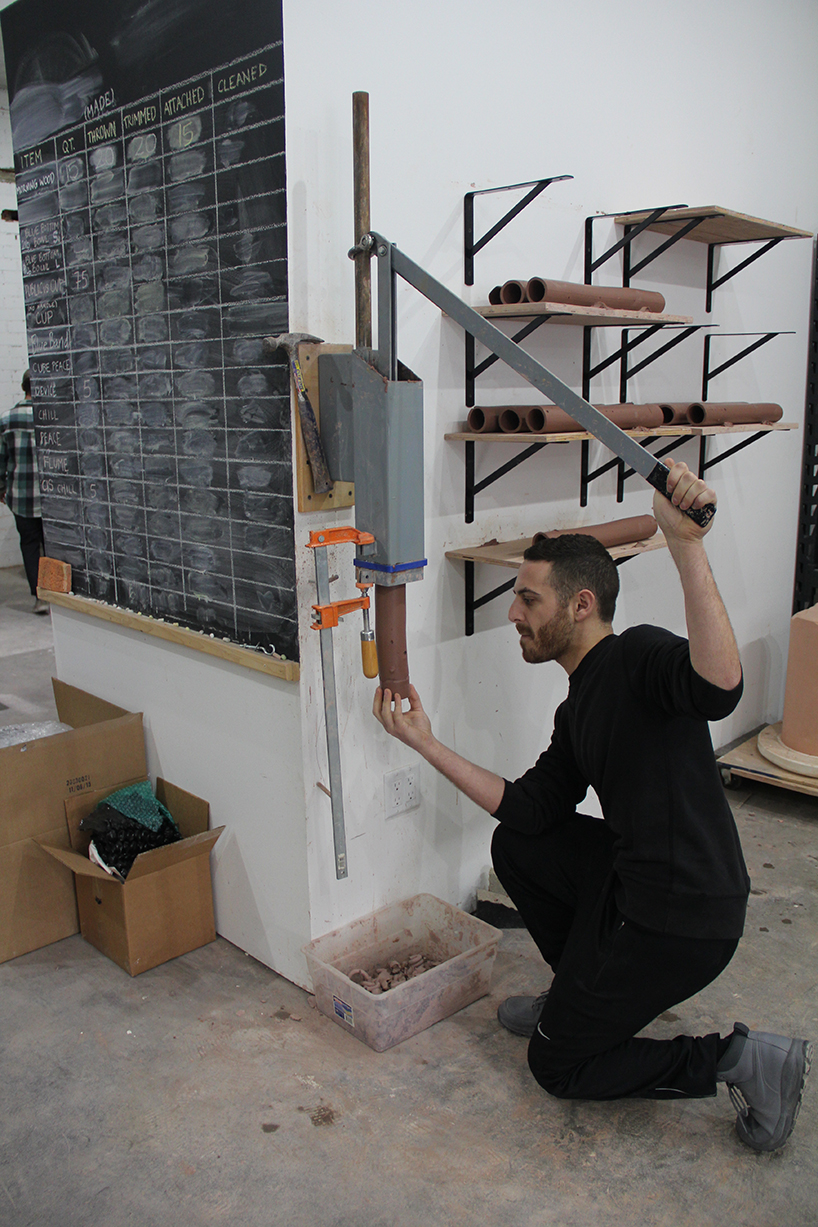 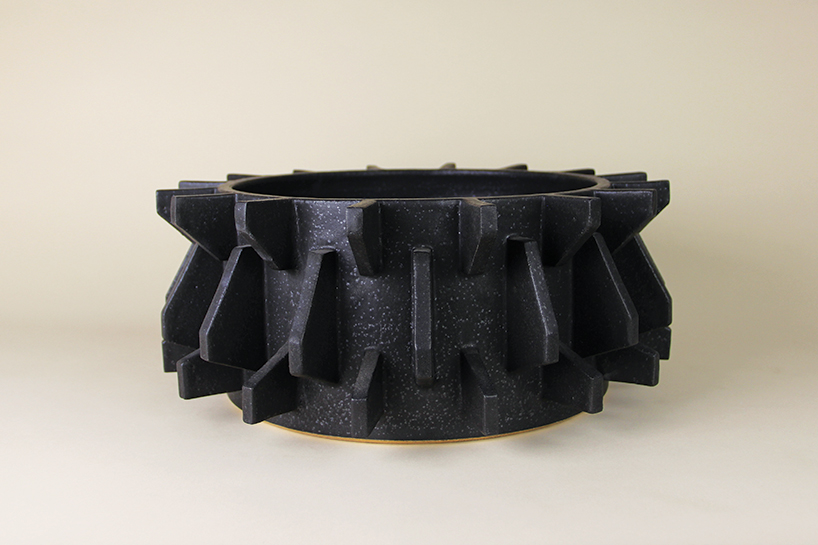 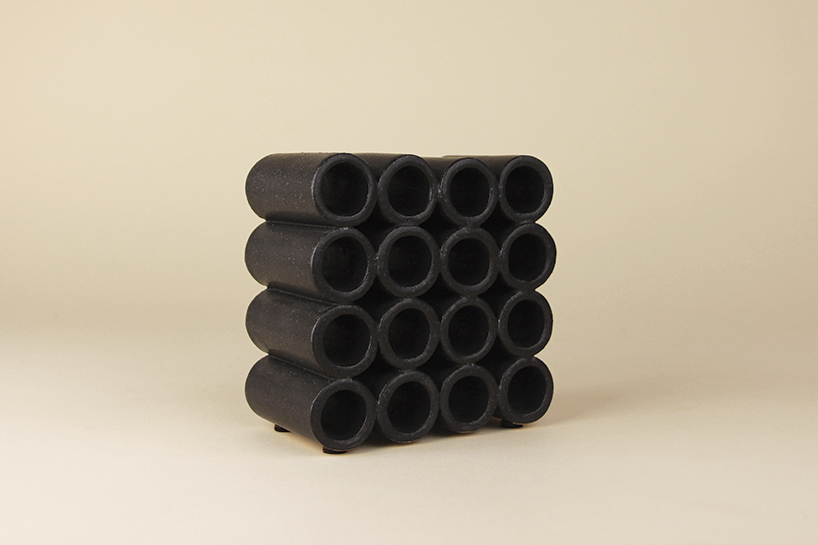 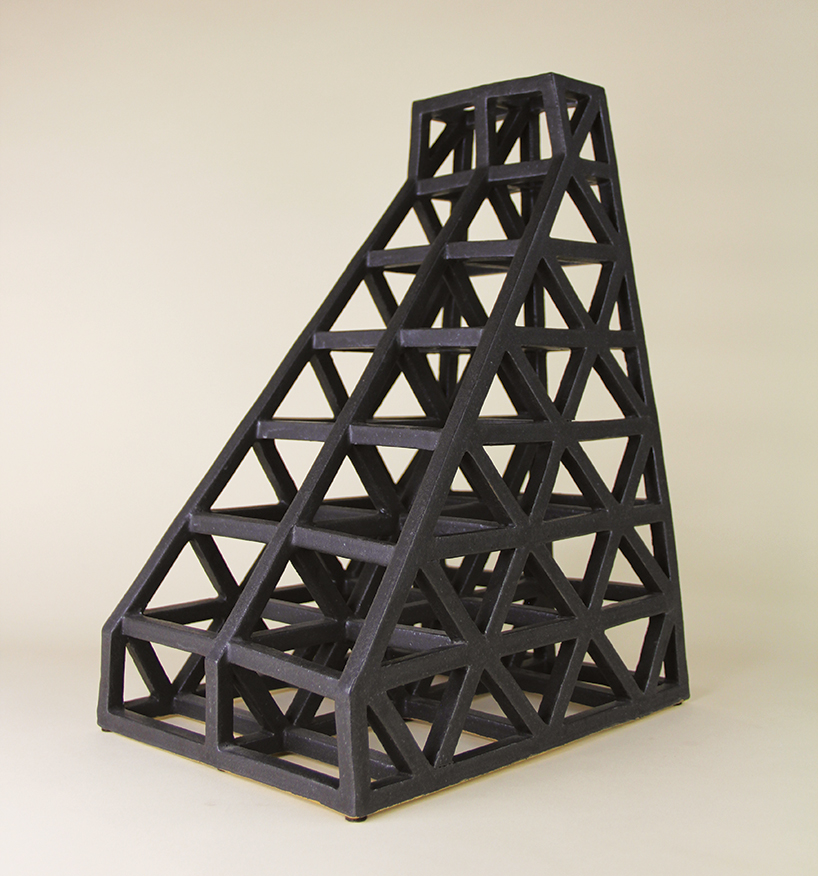 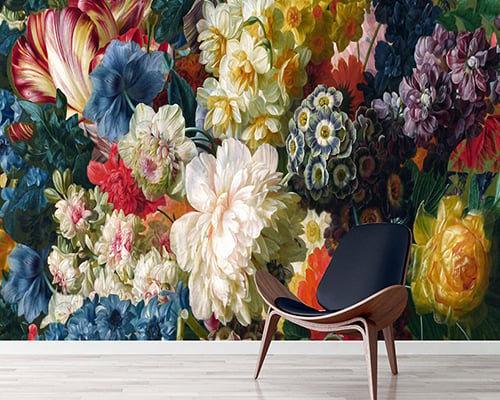 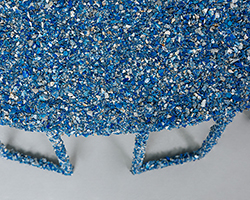 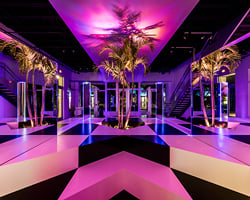 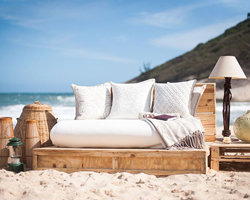