benedetto bufalino — at it again — turning old cars into functional objects of whimsy, delight, and deliciousness. from playable ping pong tables made from upside down cars, and aquariums built from telephone booths, bufalino has a knack for turning the ordinary into the absurd. this time, the french artist hacked an old ford mondeo to become a fully functional wood-burning pizza oven (and the pies look pretty incredible). 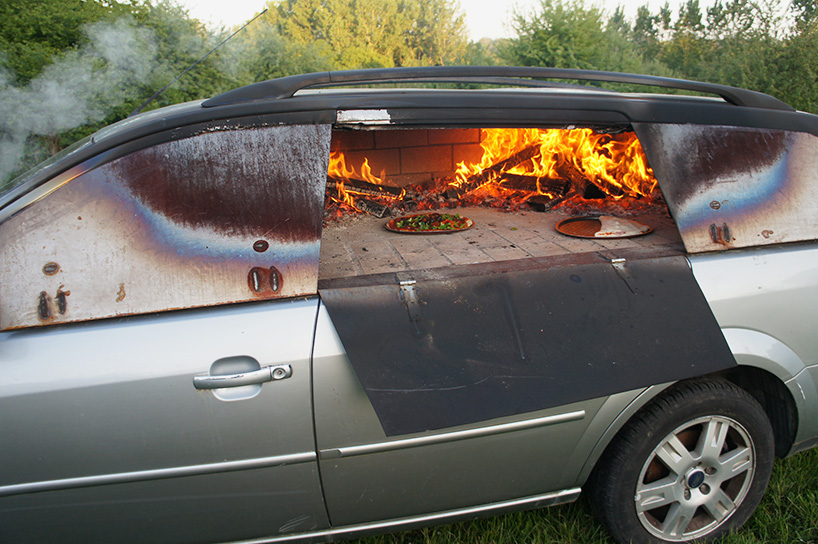 bufalino sliced out the windows of the old ford and removed its technical and internal components, like seats and wheels. a sort of shelf within the car interior was constructed and covered in an all-brick surface that could sustain high heats. wood logs were placed inside, lit on fire, and a fully-functioning pizza oven was born. devised while bufalino was a participant at cultural art association 2angles based in france, the car-turned-pizza-cooker attracted many visitors who wanted to check out the car that doesn’t burn gas — but wood. 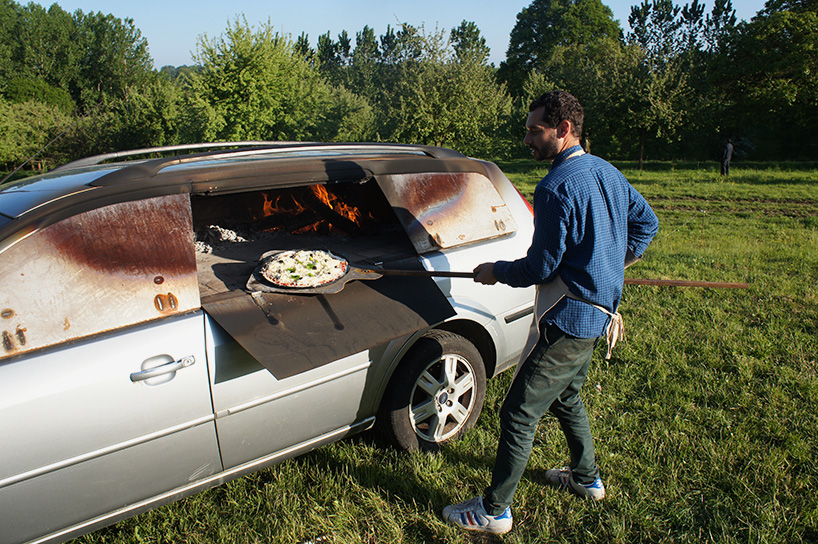 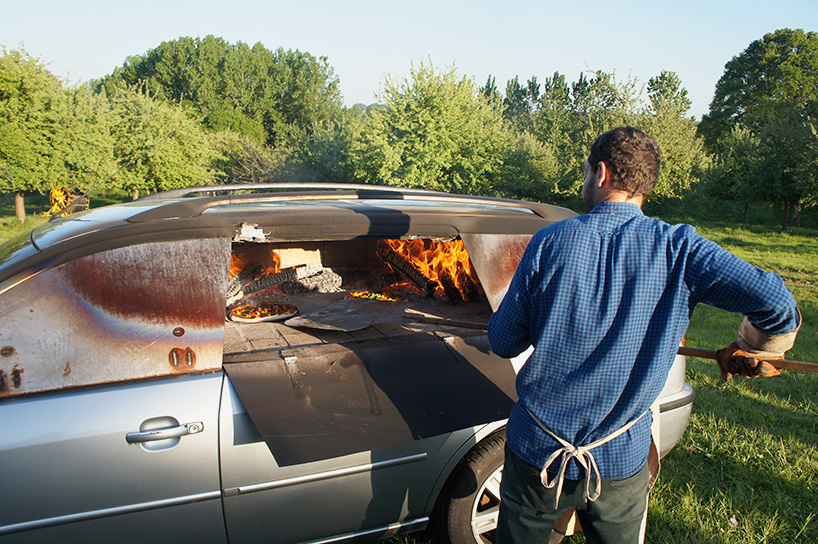 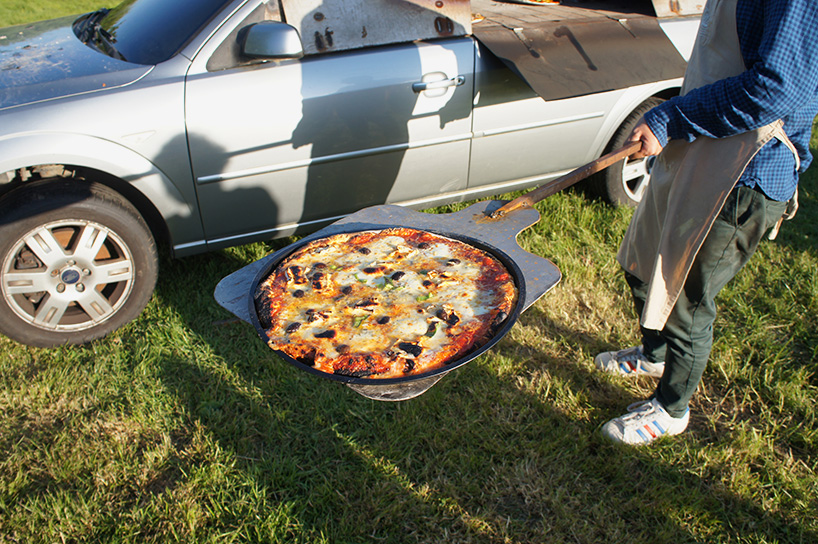 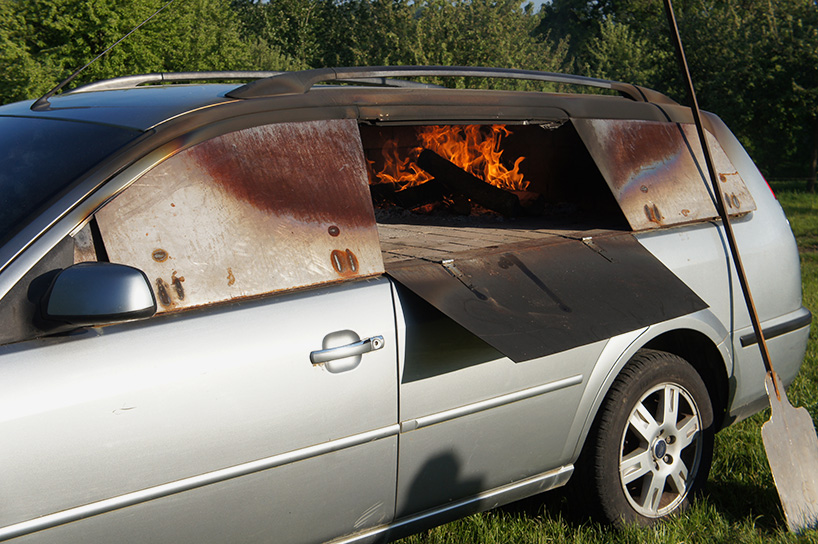 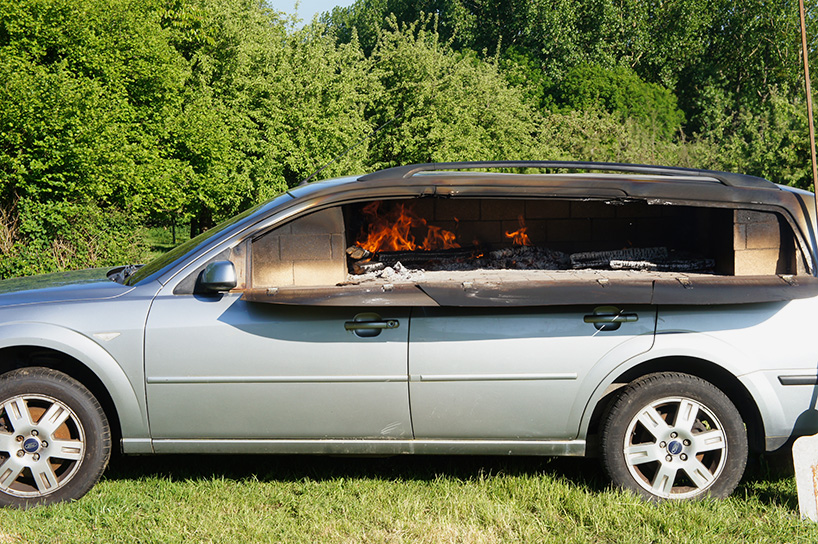 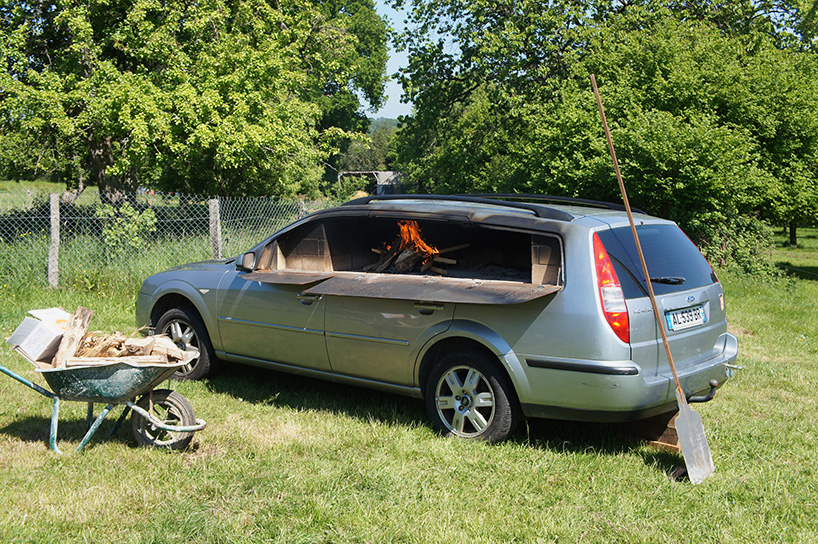 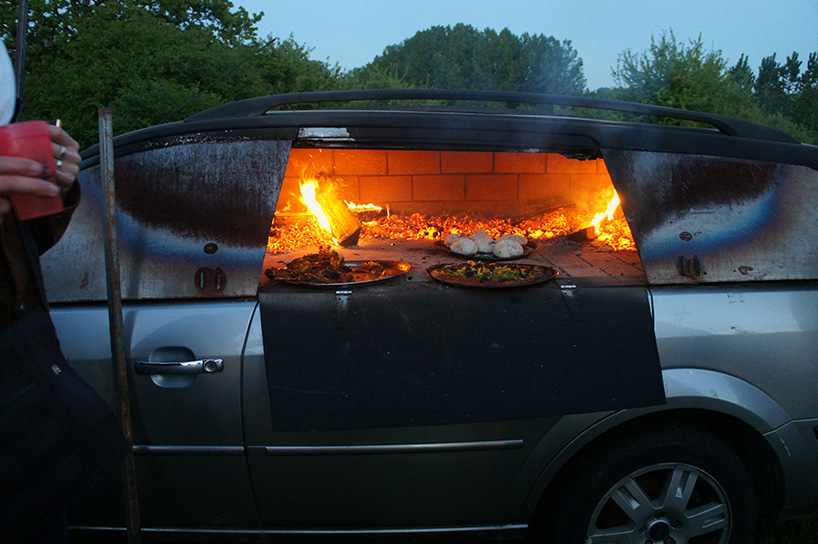 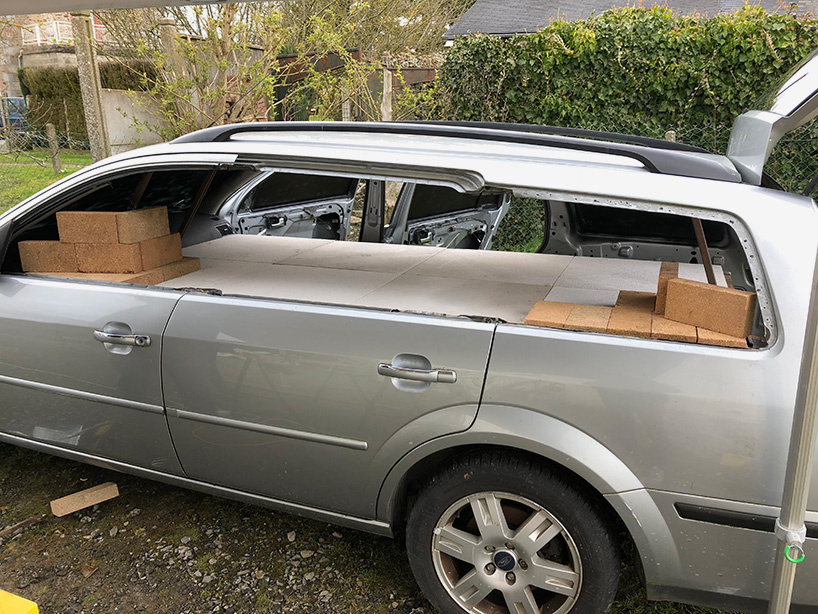 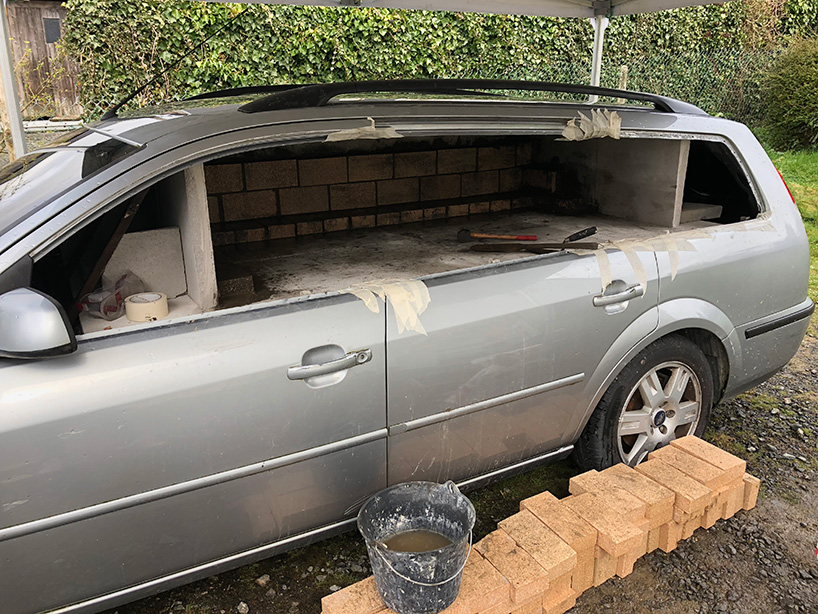 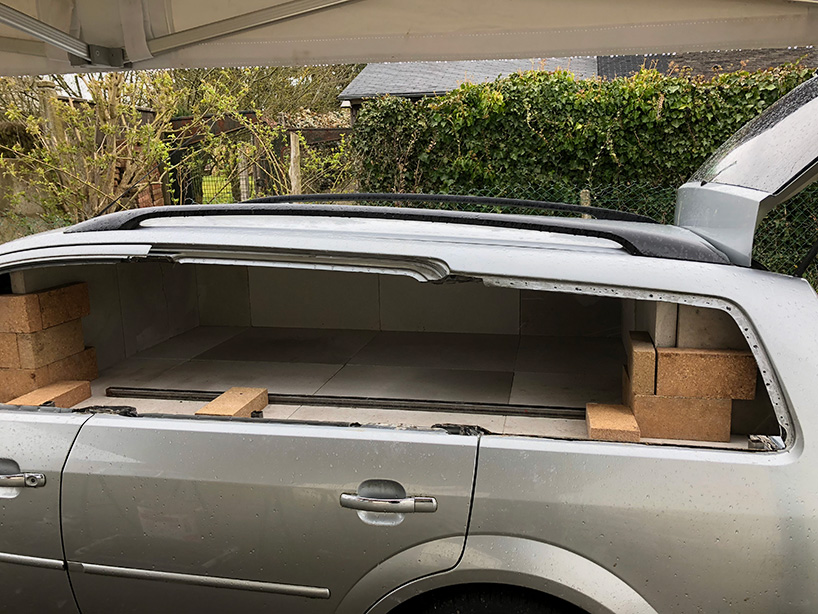 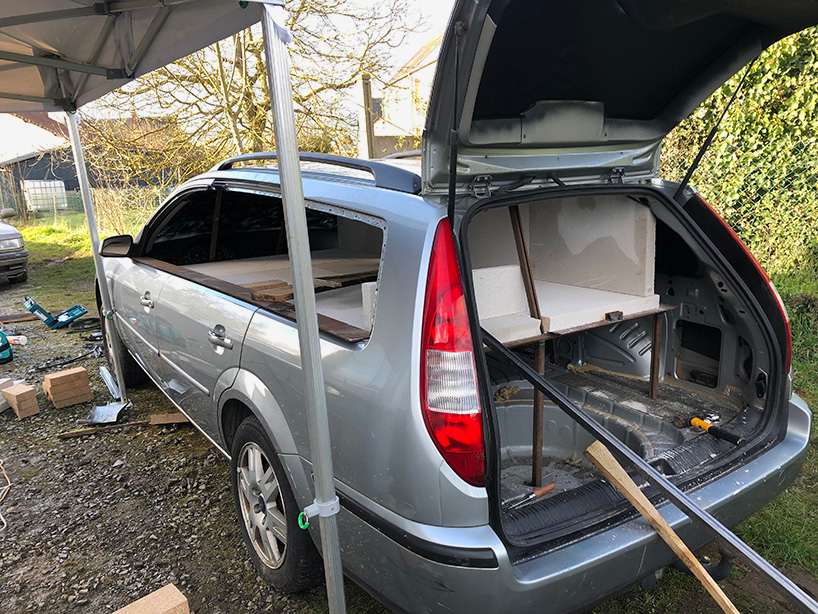