boarded up store front after being painted with the graffiti bike

uk based artist benedict radcliffe painted a boarded up shop front in early december with his graffiti bike, an invention consisting of 9 spray cans attached to a cascading arm and fixed to the rear assembly of a bicycle. the rider has a control on the handle bars to determine when all the cans will be set off, resulting in 9 simultaneous lines to the left of the bike. radcliffe was eventually given the wood and teamed up with dunstan james to re-use it. the duo constructed a half pipe with a bowl at either end, located in an old pool hall. 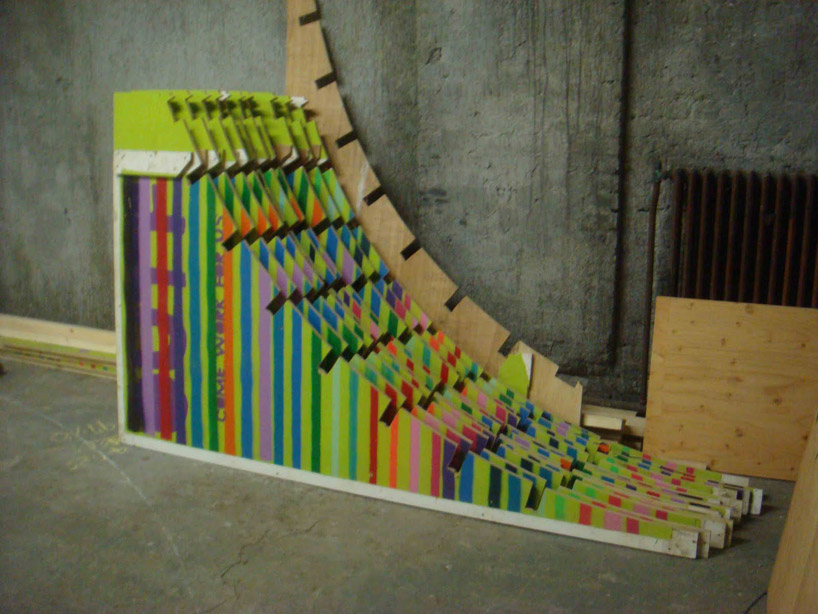 re-used boards, cut down to begin construction of the skate feature. 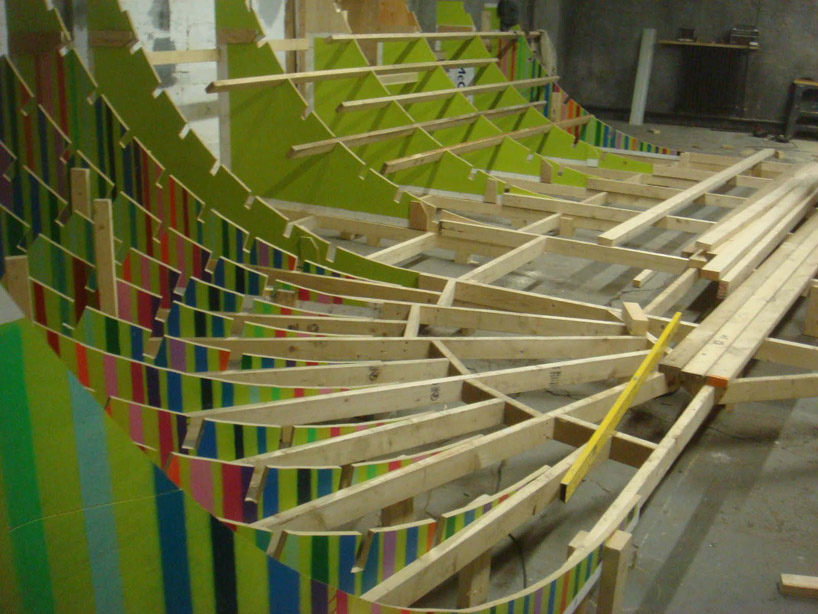 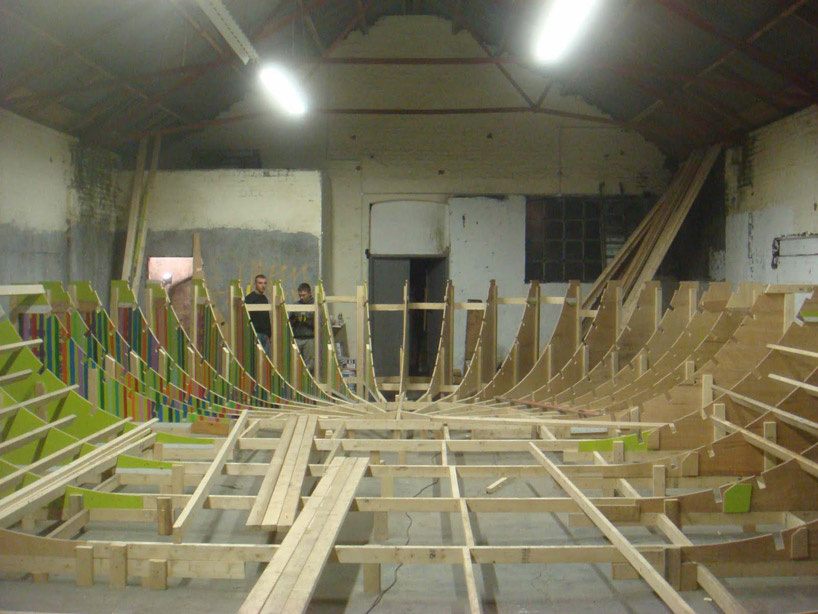 one bowl framed in 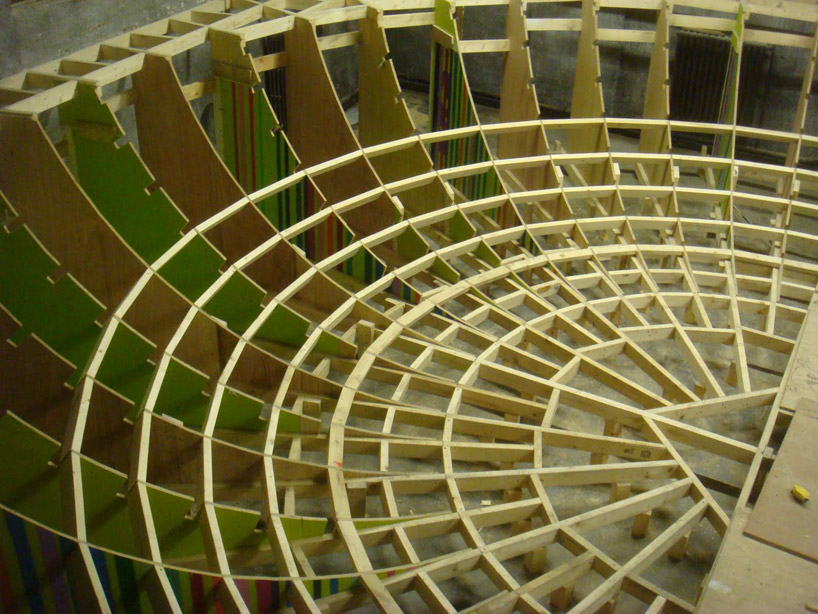 supporting elements to create the bowl feature, waiting for skins to be put on 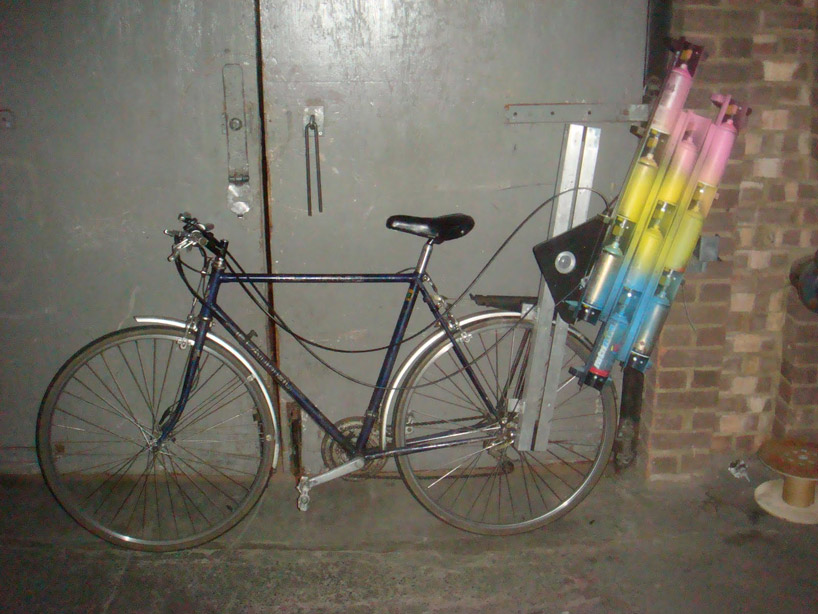 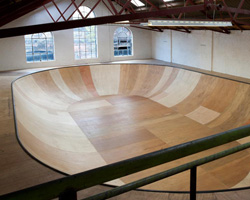 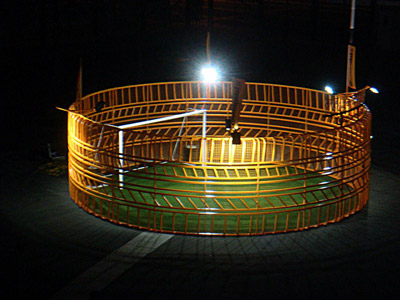