french designer benjamin graindorge showcased the heirloom vases at the 2013 maison et objet exhibition in paris,the art of beautifully arranging cut stems, leaves, and flowers in vases and other containers evolved in japan over seven centuries — also called kado (the way of the flower) — the art has seen major development in the 16th century.there are many different schools of traditional ikebana and graindorge interprets it in a very contemporary mannerby creating basket-shaped-vases made of ceramic.

also shown were ‘the cave’ lamps – which designboom covered earlier here in an earlier stage of developmentat milan design week 2012, both were conceived for french company moustache. 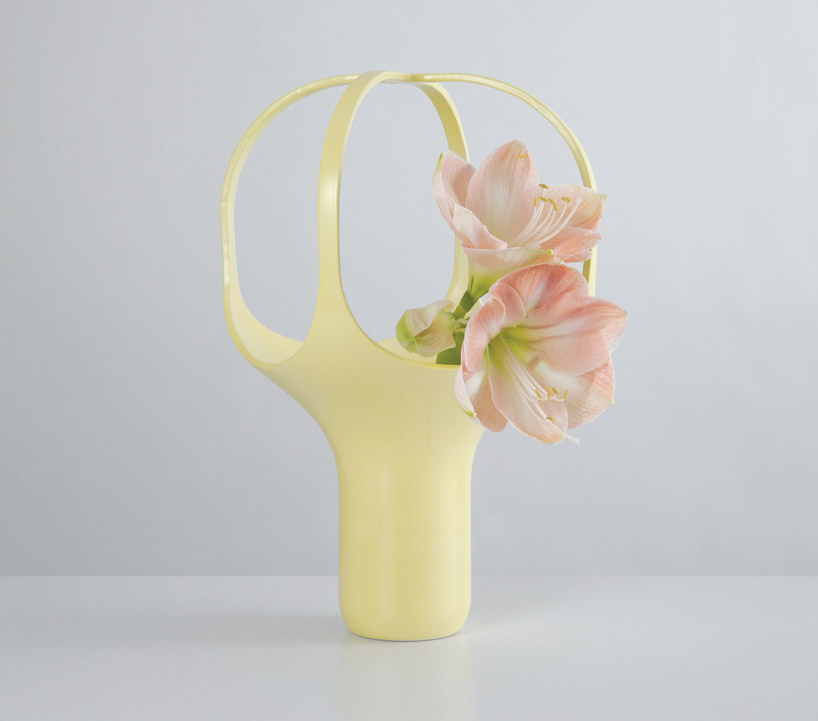 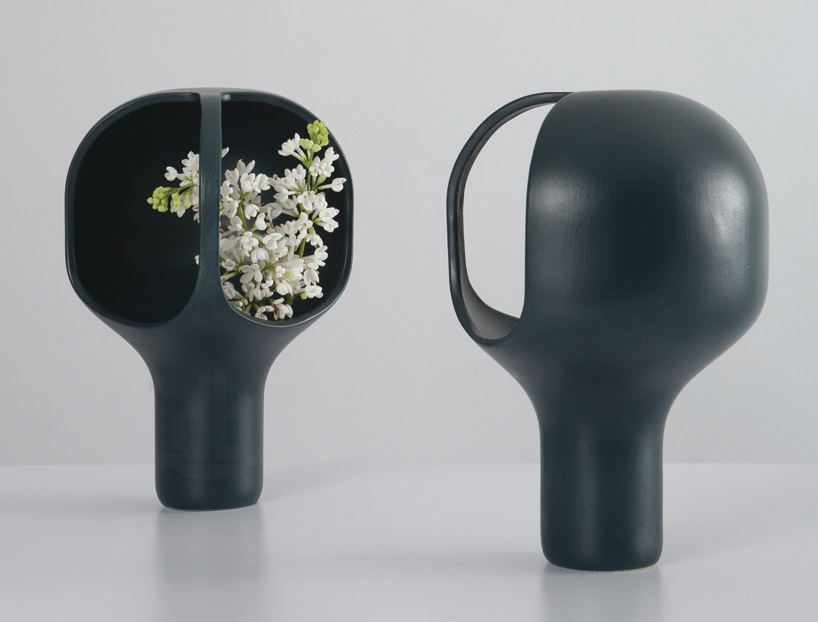 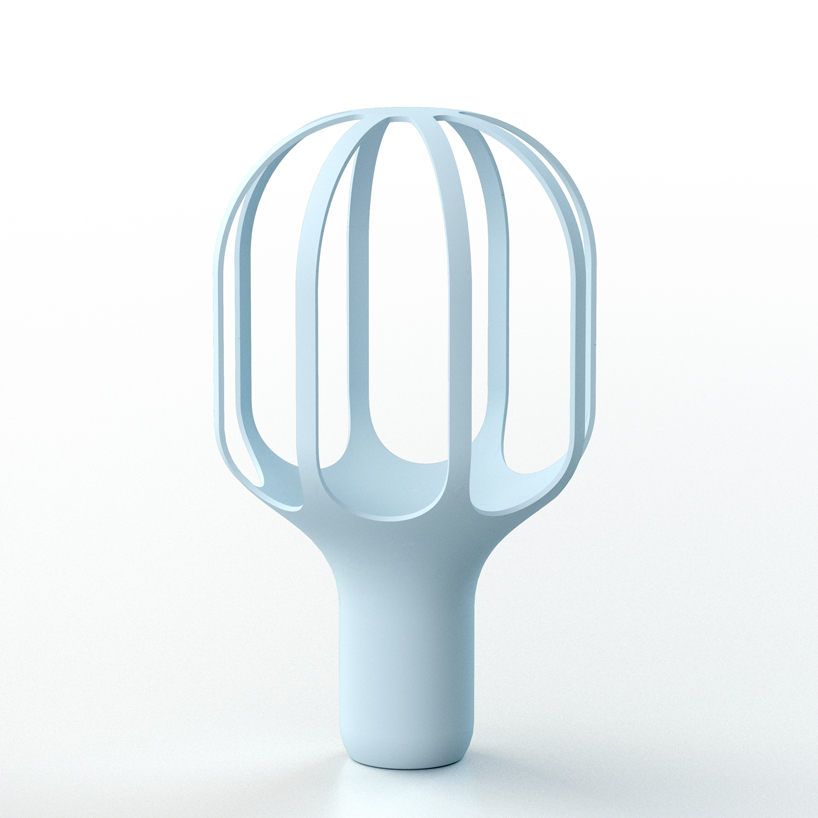 the ‘cave light’ is a table lamp that contains a textured terrain that develops around the object. through observation the interior radiance models the spaces in which we live, slowly revealing objects which surround us. the item is made using private gray corian and measures H80 x D30 cm. 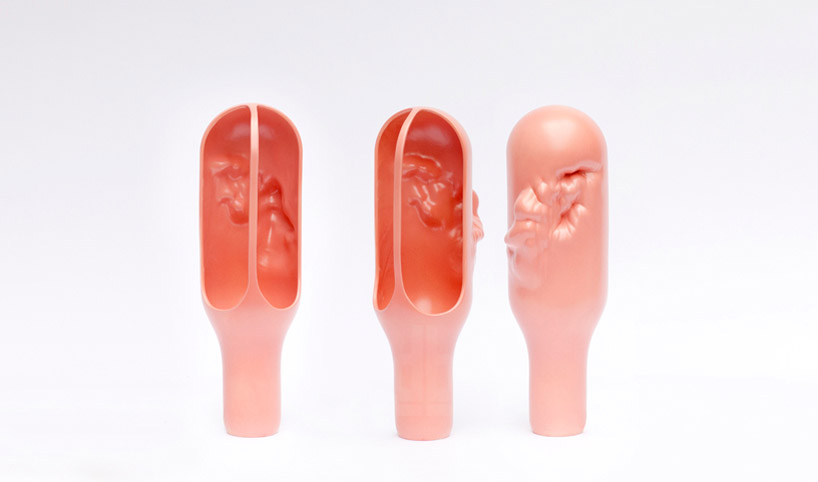 ‘the cave’ lights front and back detail 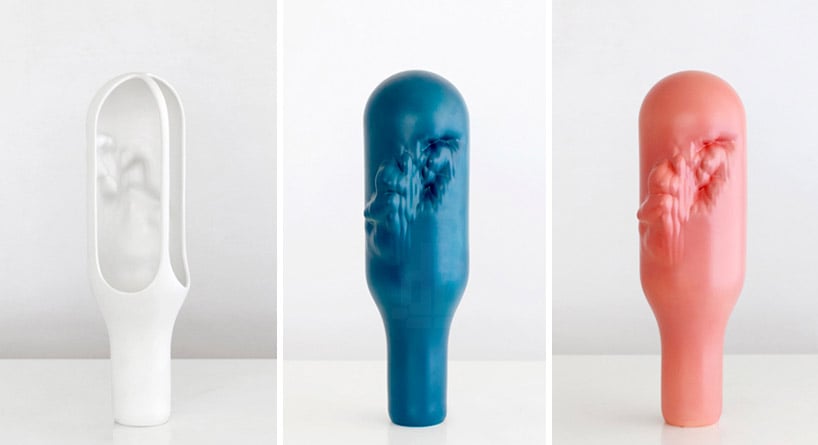 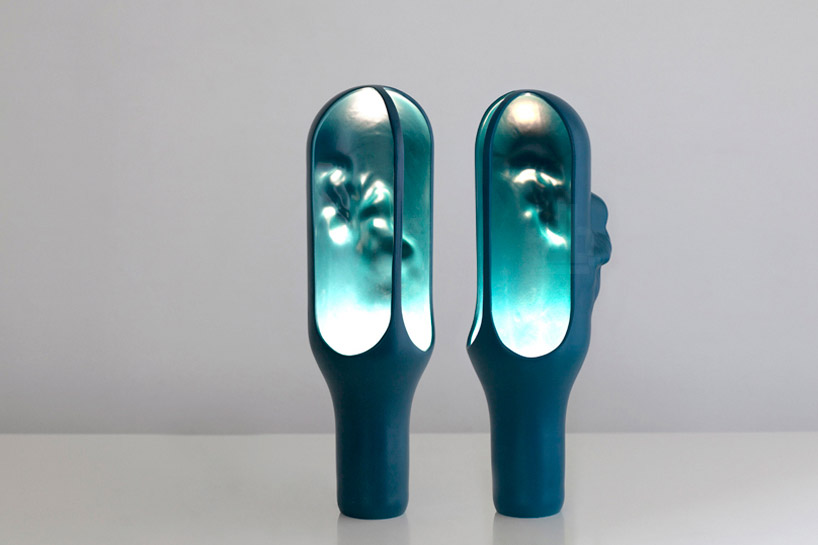 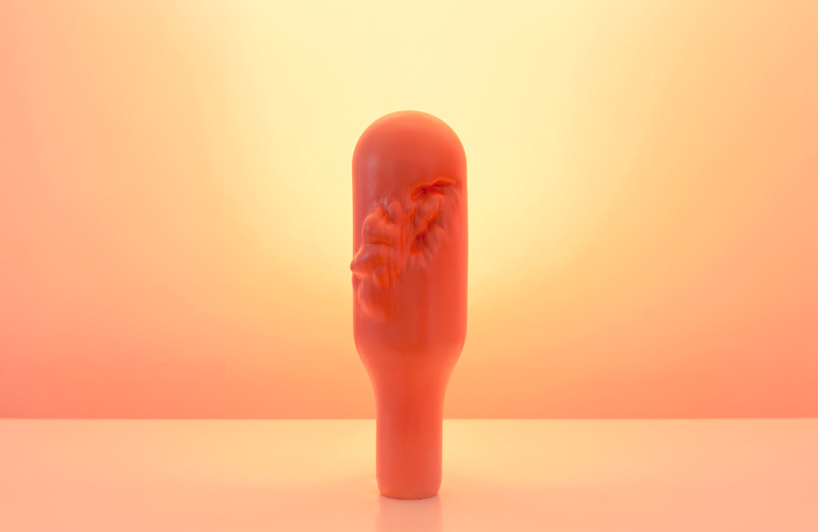 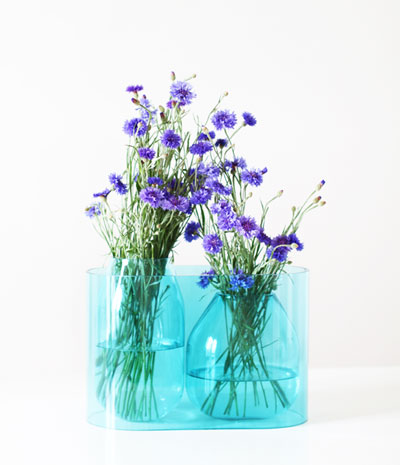 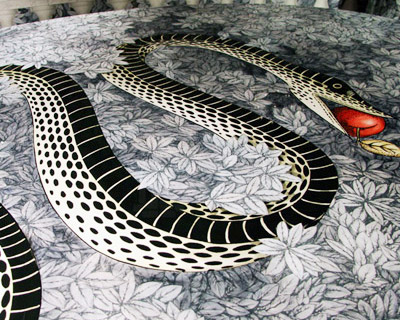 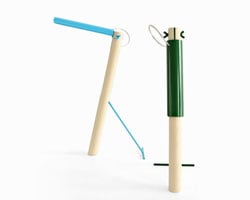 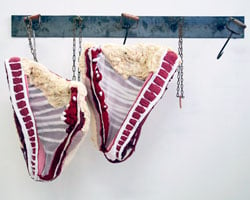 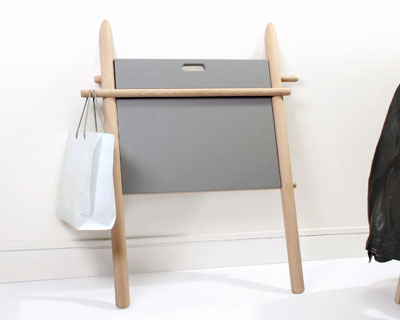