benjamin graindorge presents his ‘ikebanamedulla’ vase at the ymer & malta gallery until march 28 during the 2010 pavillon of art and design, along with two other lamps. ‘ikebanamedulla’ is a study in weightlessness, an in-line sketch realized into a tangible design after a six-month residence at the kujoyama villa. 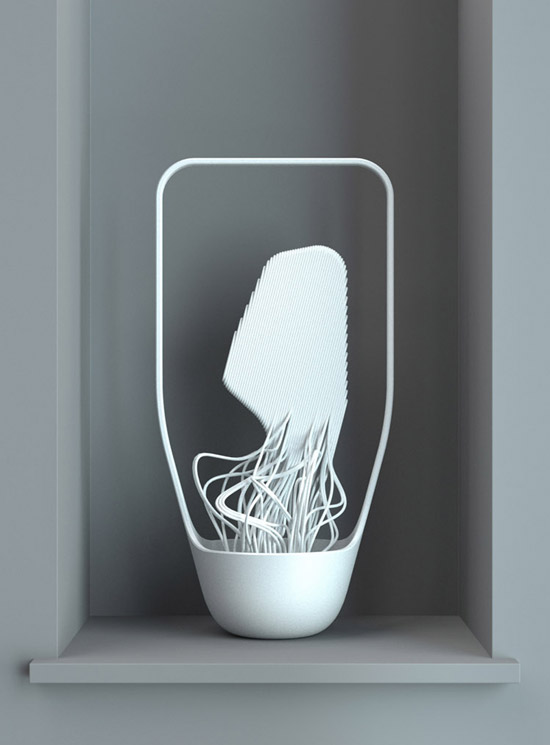 from his stay in japan he drew from many elegant art forms to which he gained exposure. one of which was ‘ikebana’, the japanese art of floral composition. this is contrasted with conscious addition of the medulla bone structure, giving the vase a ‘beastial’ appearance against the fragile florals.

‘when I began designing the ikebanamedulla vases two things were foremost in my mind. the first was practical – design a vase that would be inhabited even when there were no flowers in it. the second was to think about a project whose form would bring together complete calm with a wild – almost animal – tension. I’m exploring the idea of natural savagery, and the ‘ikebanamedulla’ vases are my first attempt at a resolution.’ 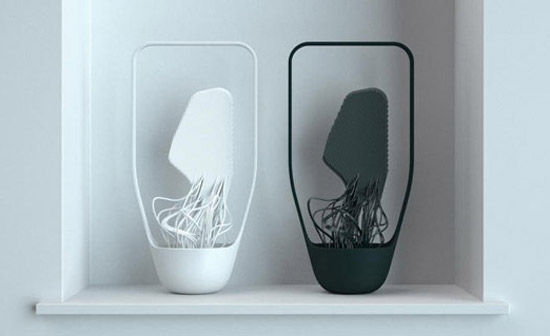 when inhabited with florals,  ‘ikebanamedulla’ appears like a spring of water coming to life the closer you approach it. the medusa tentacles are reminiscent of an animal or machine hybrid which to some may appear like a mechanical spider coming out a matrix. 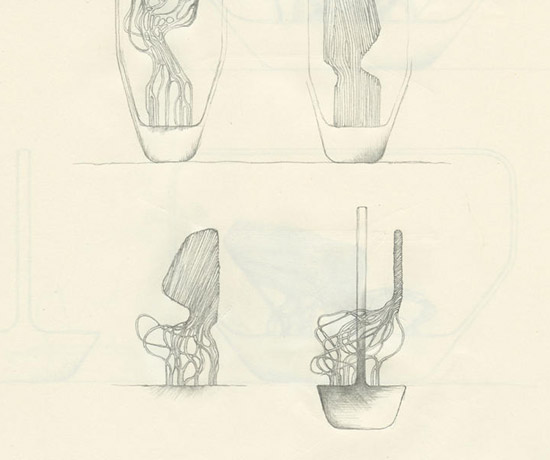 benjamin graindorge is a draftsman and designer with a passionate eye for line drawings. subtle moments such as a slight movement or a shiver of plant life often provide the initial spark for his sketches.  he is passionately involved with designing shrine-like objects for meditation in homes which encourage users to reflect on their thoughts. 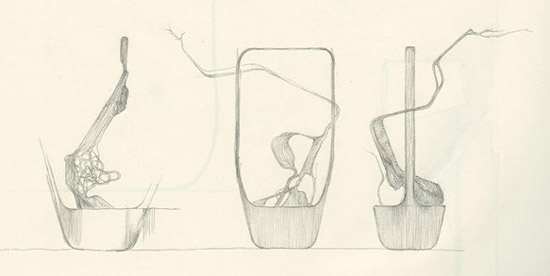 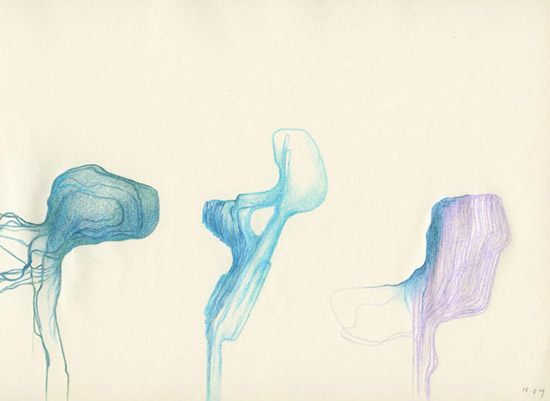 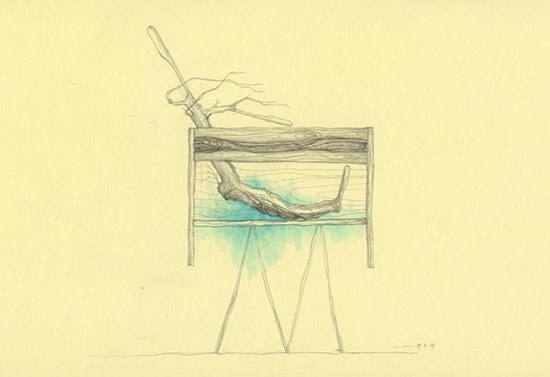