‘u shelf’ by benjamin peter

UK designer benjamin peter has sent us images if his latest project ‘u shelf’. the design engages the user by encouraging them to build their own shelving. the simple yet random shapes created, follow a set tessellation and are easily built and dismantled. using high-density expanded polystyrene it is lightweight and strong. the shelving when made has less than 8% waste, making this design not only eco-efficient but also cheap to produce. 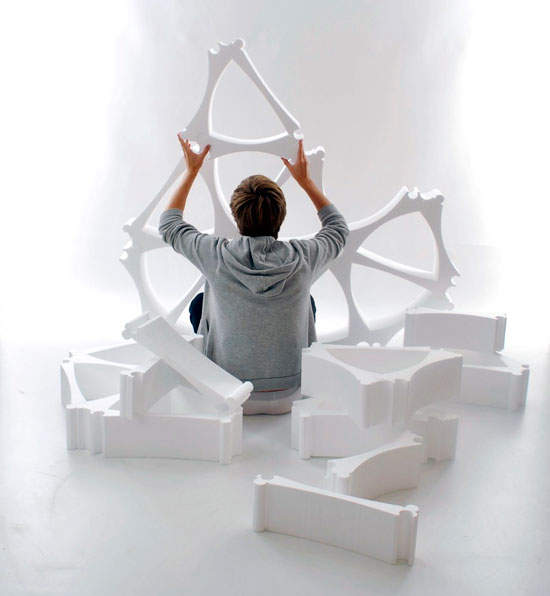 ‘u shelf’ can be assembled in various forms 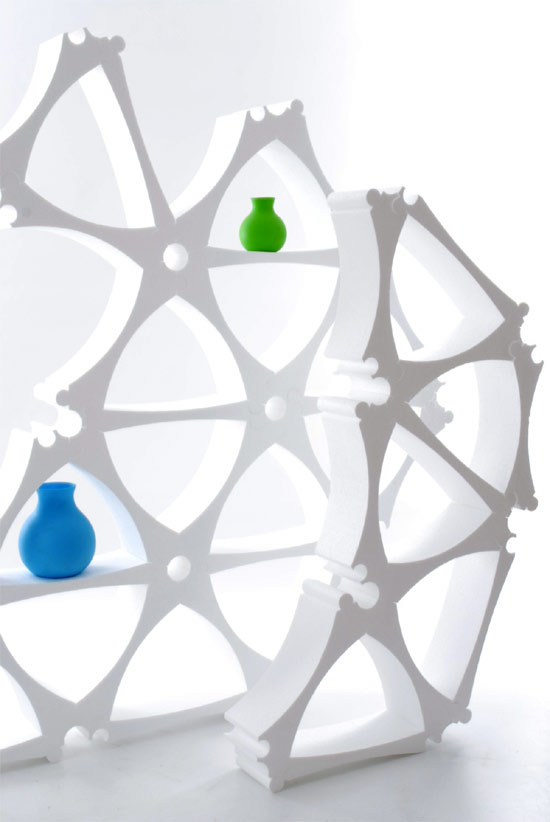 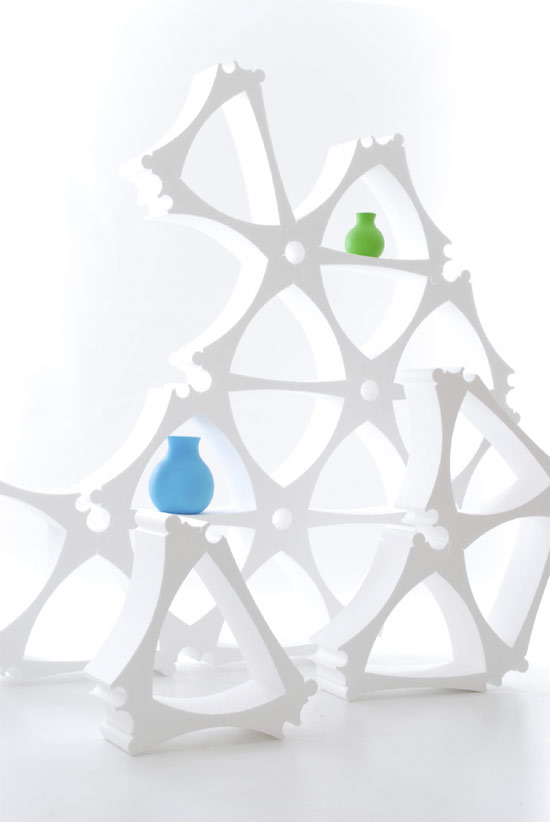