demonstrating the structural strength of ‘bent reed’ by taylor mckenzi-veal

during a materials exploration, taylor mckenzie-veal wanted to investigate the characteristics of reed to see what its actual potential could be. he purchased some coils of the natural plant medium from a local store and soaked them in water discovering that through this process it became extremely malleable and resilient. with this he started to test out various patterns in which to bend the reed to form a structurally sound system. he built a simple mould made of peg board with dowels organized in such a way that he could weave the pieces  in and out of them so that they became bent, achieving a zig-zag shape. once this was done, the american designer bound these components with the material of a smaller diameter, to create a furniture piece made entirely of this single medium. functioning as either a bench or table, ‘bent reed’ weighs less than three pounds but has the capacity to support over 400 pounds when force is distributed evenly over its surface with a sheet of glass or a slab of wood. 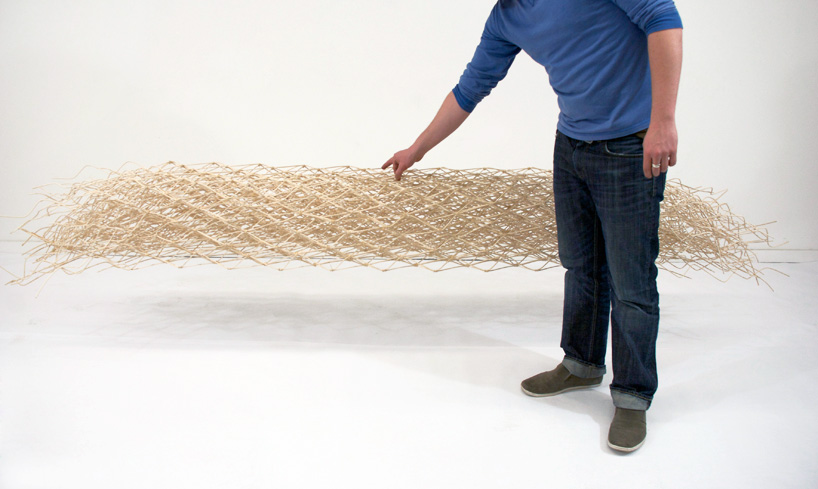 the bench or table weighs less than three pounds 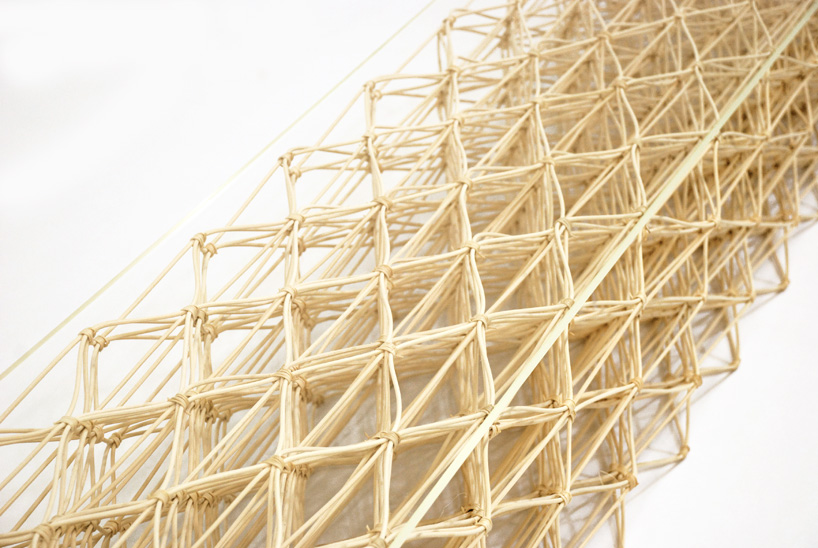 up close of the reed structure 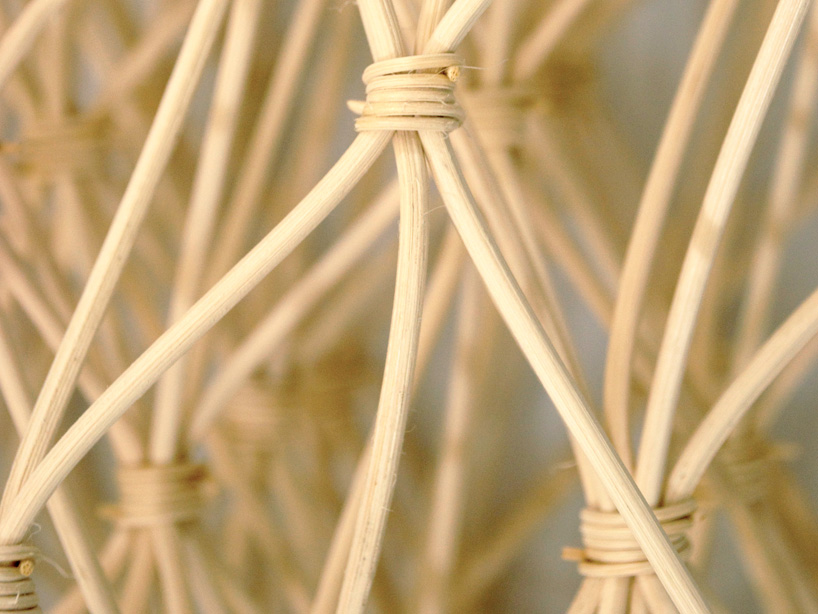 detail of how the components are bound together 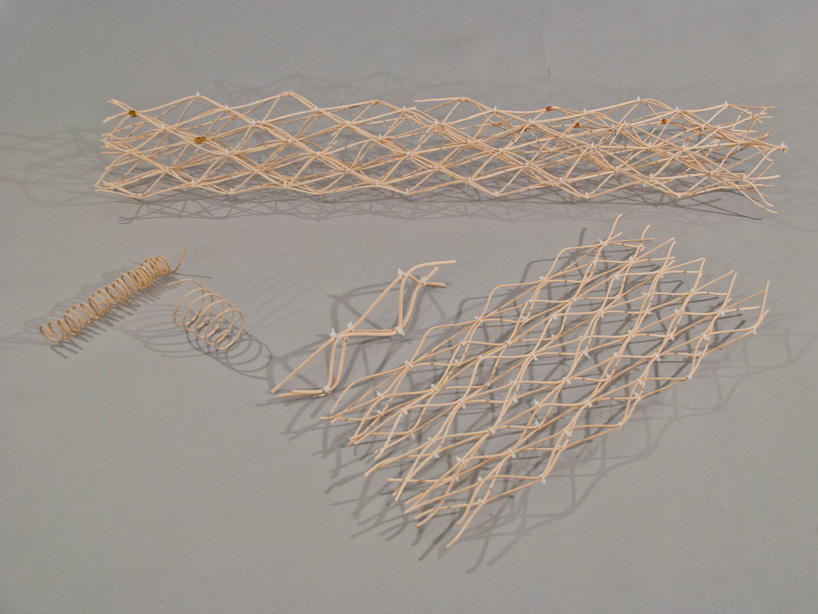 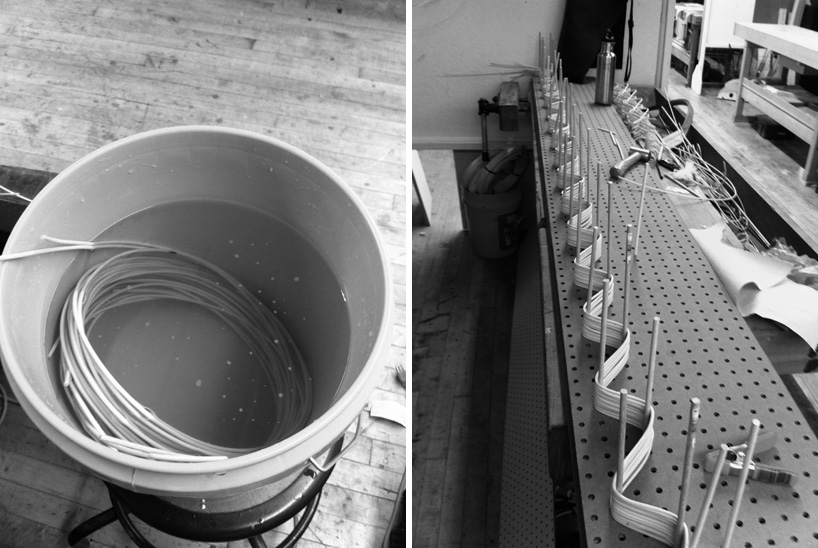 the reed is first soaked in a bucket of water, being malleable enough for the designer to weave it in and out of a mold to form a zig-zag shape