UPDATE 01/27/21: the eBay auction is over and this bernie sanders crochet doll has raised more than USD $40.000 for meals on wheels — sander’s favorite charity. the winning bid was of $20,300 which will be doubled by eBay who comments was inspired by tobey time crochet’s decision to donate the proceeds, CNN reported.

‘I was talking with another crafter friend who told me bernie had just sold some hoodies and donated all the proceeds to meals on wheels vermont, and I knew that that is what I wanted to do with the doll I made,’ said tobey time crochet. ‘with the attention it was getting I was hopeful meals on wheels would get a good donation.’

the U.S. inauguration happened last week and while it was filled with tension, the internet made sure we could have a good laugh, in particular with the viral bernie sanders picture. we first reported on a meme-generator that lets you place bernie anywhere in the world and we’re back with a collectible crochet figure of the senator which is up for auction. the current bid? USD$14,900. 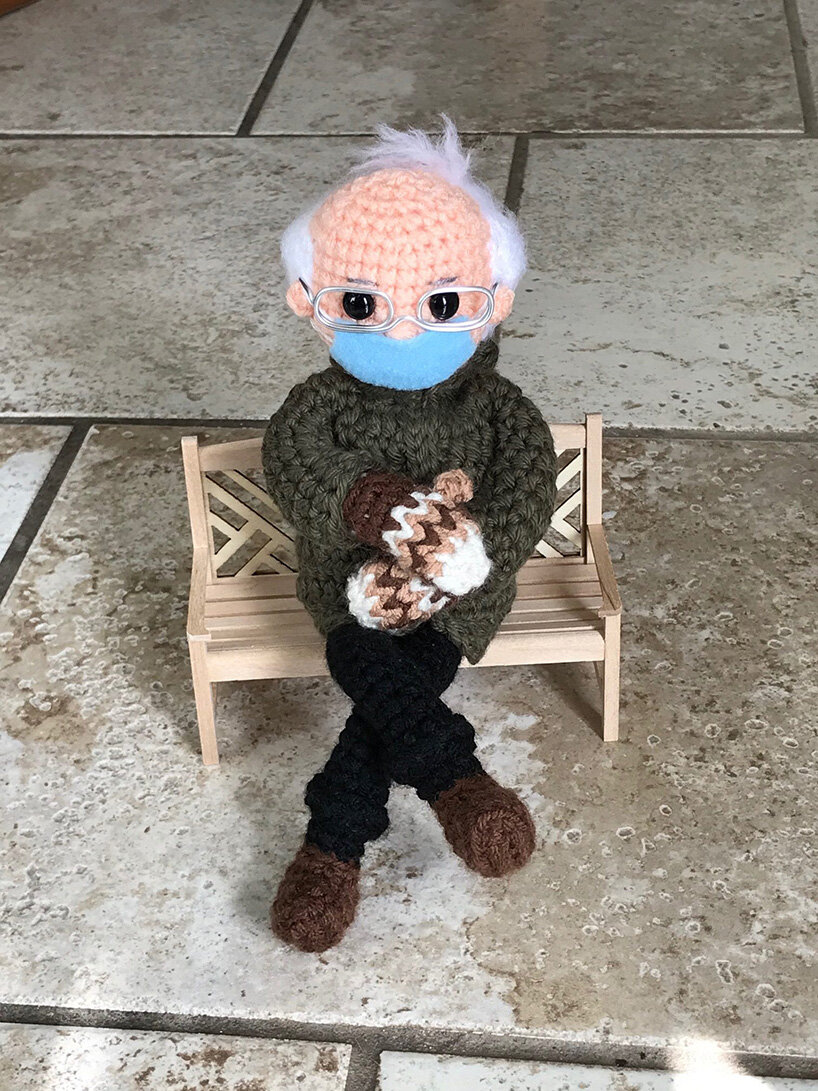 created by tobey time crochet, the bernie sanders crochet doll has been meticulously crafted, leaving no detail to chance. it includes hair, the glasses, a blue surgical mask, and the mittens. measuring approximately 9’’, it has been created to sit down, just the way he was doing at the inauguration. ‘so, I already had a bernie sanders pattern that I wrote a year ago and now I’m editing it to include the jacket and mittens!’ tobey time crochet said on the facebook post. ‘I saw on the news a reporter asked him about his mittens and you know what he said?? fashion?? every american needs their $2,000 check!’ 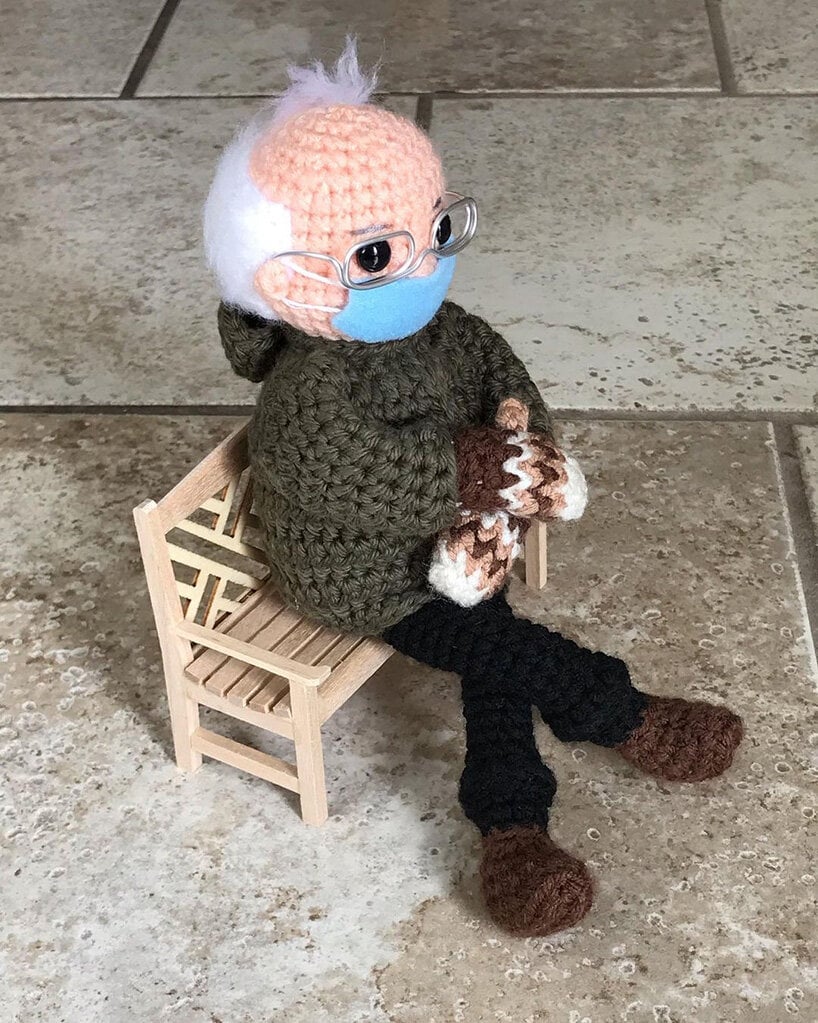 like us, bernie sanders is having fun with the influx of creativity generated around his picture, but he’s also using it to raise money for charity, turning the events from fun to good. ‘we’re going to be selling around the country sweaters and T-shirts,’ sanders told CNN. ‘and all of the money that’s going to be raised, which I expect will be a couple of million dollars, will be going to programs like meals on wheels that feed low-income senior citizens.’ 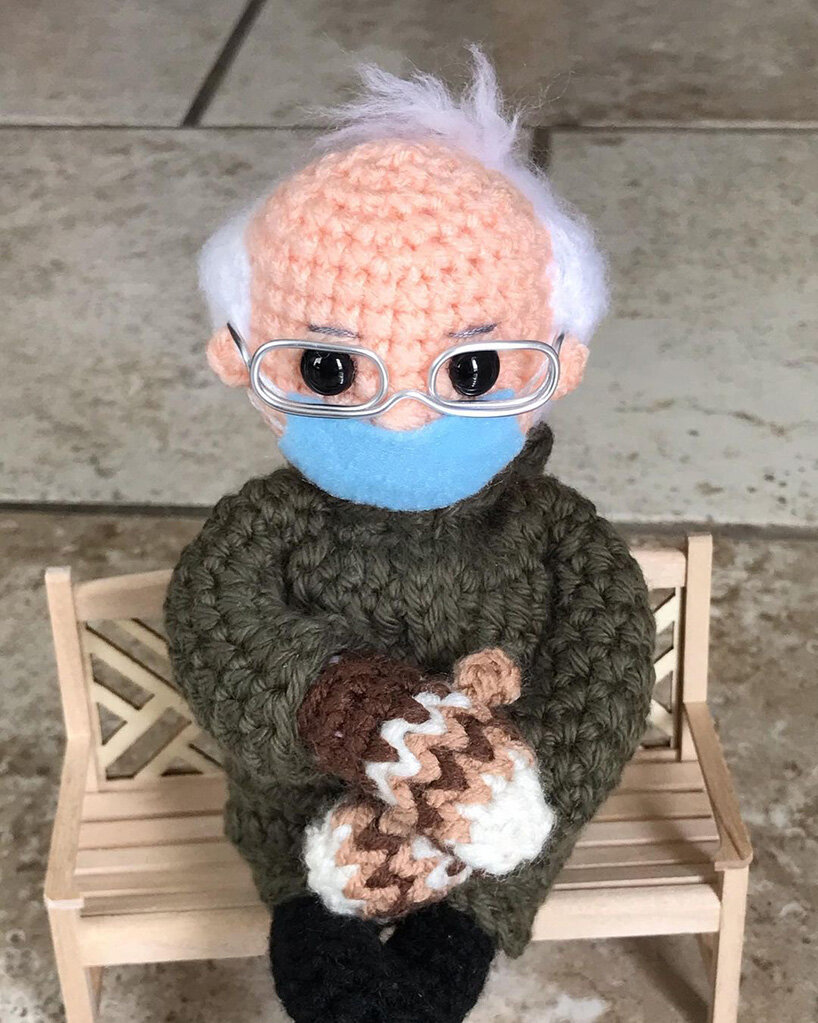 for those interested in creating their own crochet bernie sanders doll, tobey time crochet has made the patterns available — just note they’re not for beginners. 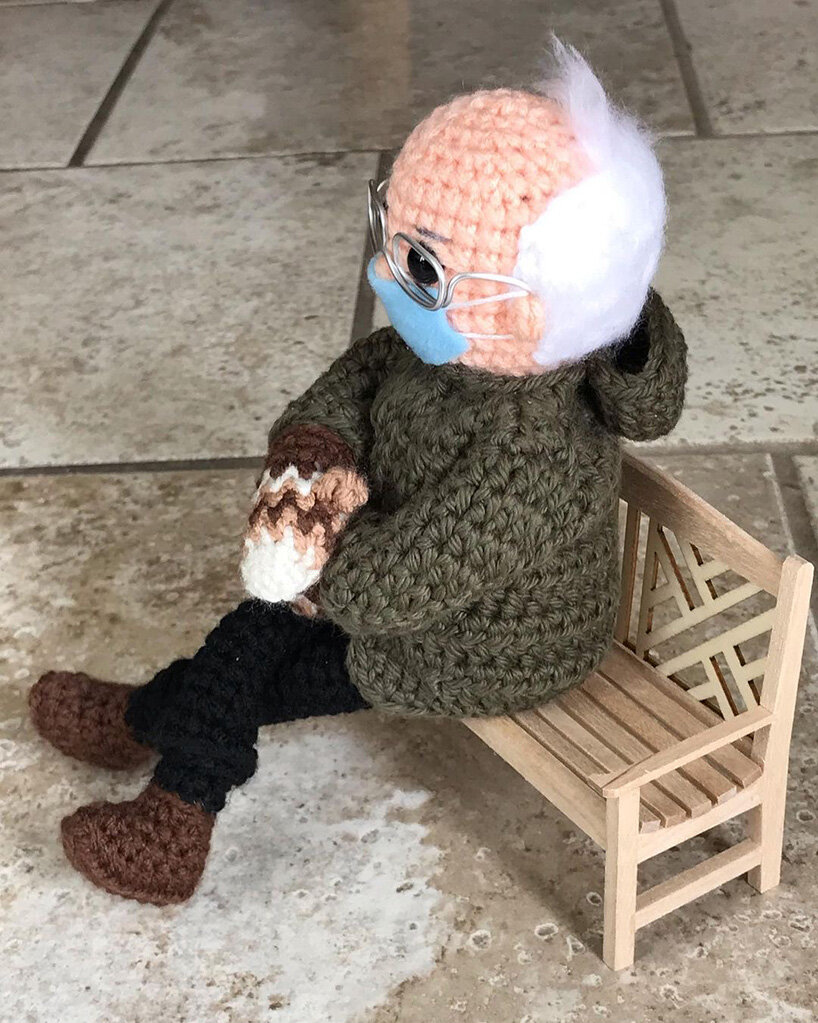 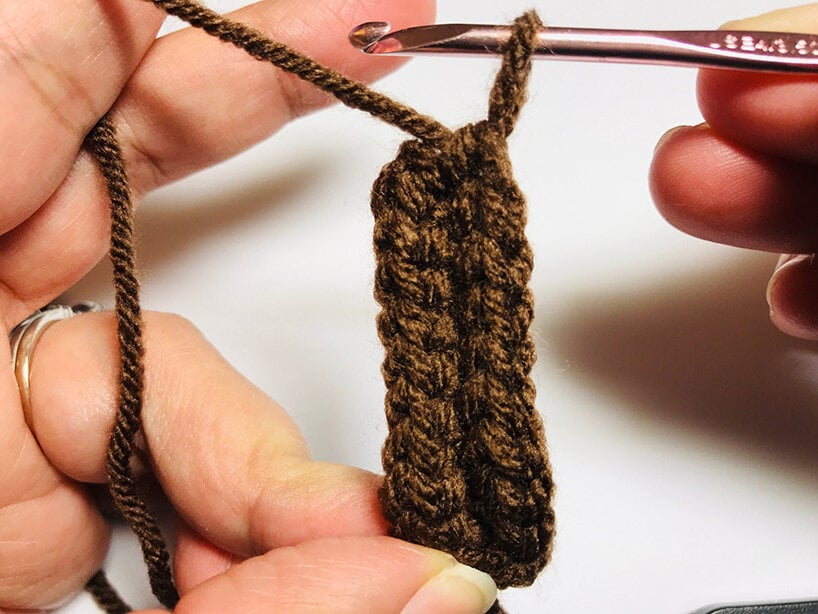 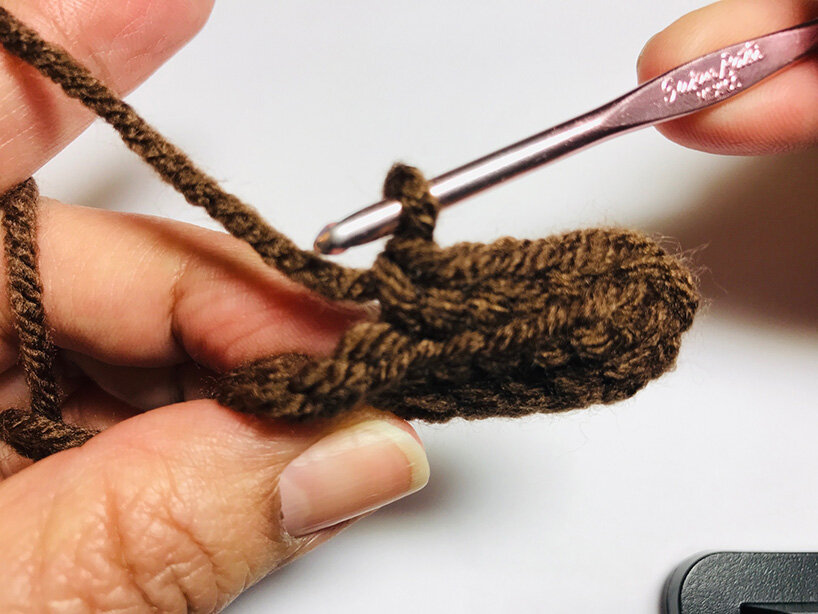 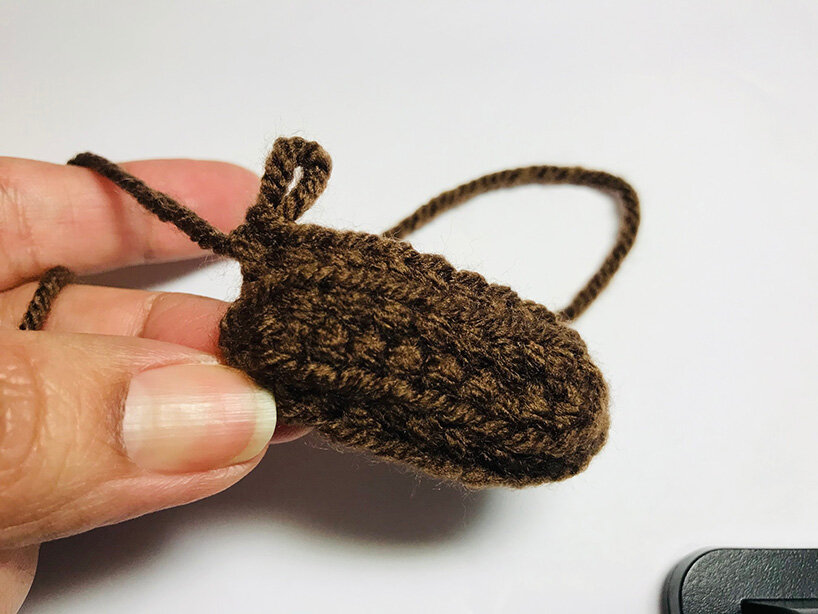 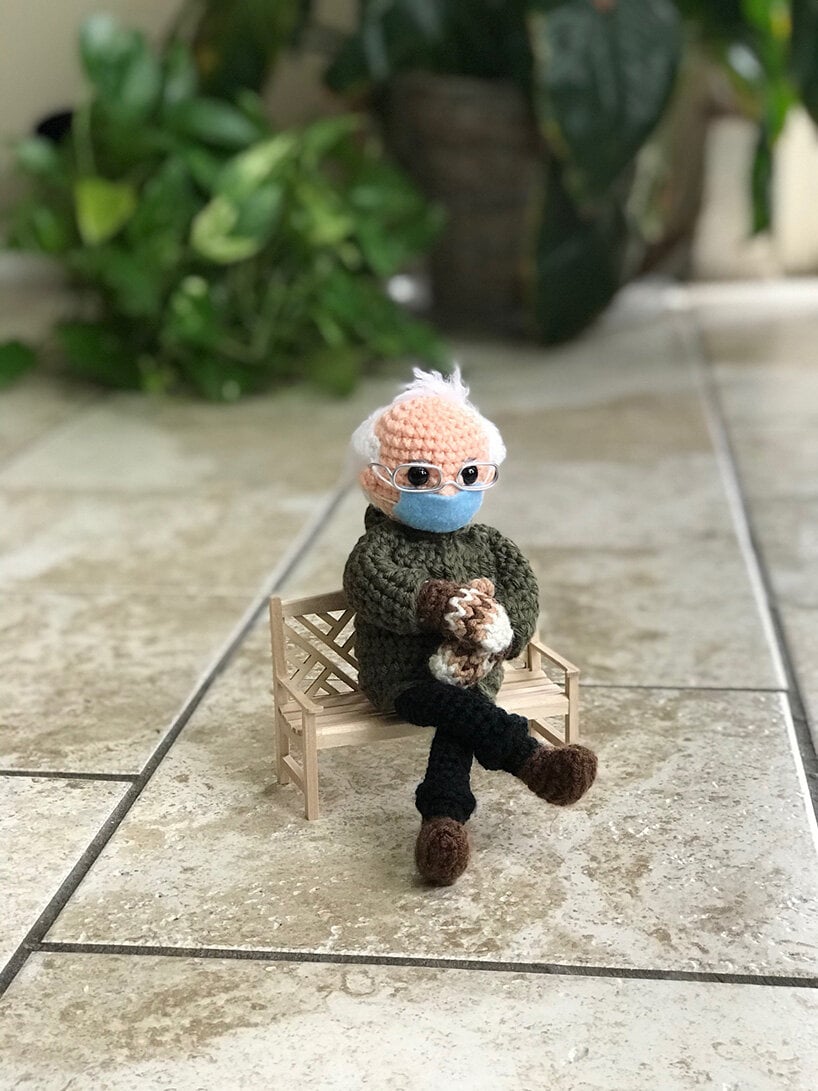 bid for it: here 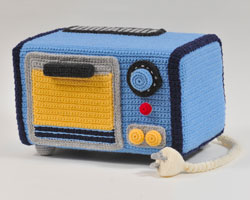 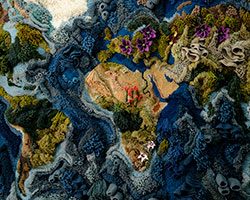