non-camo nets by bertjan pot are made with the same technique and almost the same materials used by british women in WW2. to make camo-netting (by hand) that they would drape over whatever they wanted to make invisible from the sky. this slightly more colorful setting is meant to stand out as a nice piece of textile. 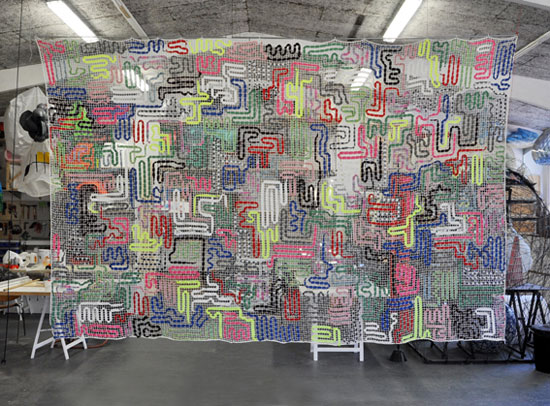 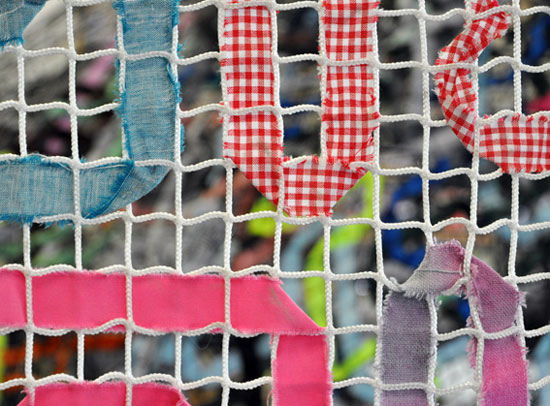 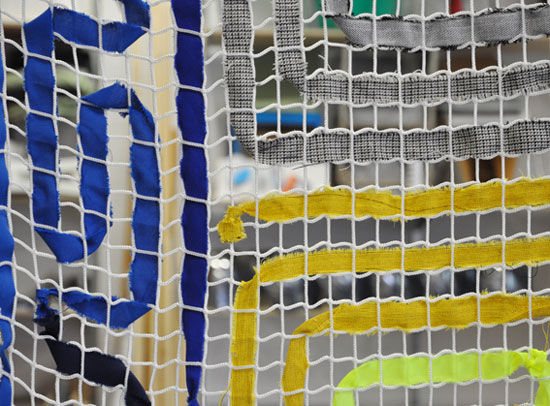 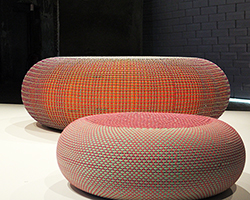 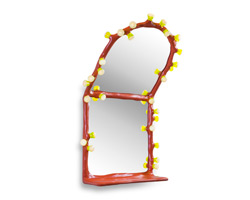 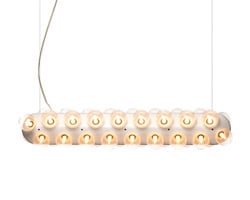 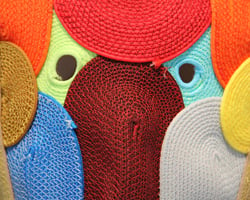 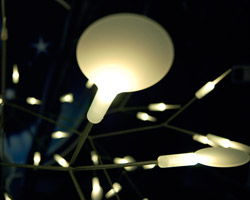