the 1980s saw the motoring industry take a leap from the angular aesthetics of the 70s which had previously transcended the curvy language of the 60s. with examples getting bigger, stricking, wilder and dazzling, the 1980s produced some of the wackiest car concepts ever surfaced. to celebrate the decade, and somehow wanting us to dream of cars that never were, goodwood road & racing has compiled a list with the 7 best crazy concept cars of the 1980s. from the citroën karin to the plymouth voyager III, these concept cars illustrate the extremes of the 80s. 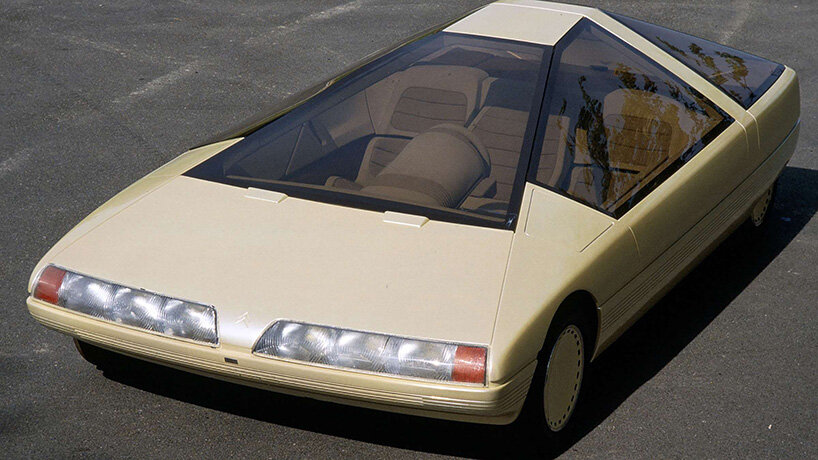 the 7 best crazy concept cars of the 1980s compilation by goodwood road & racing beings with the citroën karin (1980). designed by trevor fiore — the company’s design chief — the car’s style translates the marque’s double chevron logo into its three-dimensional embodiment resulting in a very triangular shape. it continues with the lamborghini athon (1980) which was commissioned to showcase an expression of the brand’s future which was financially ailing. designed by marc deschamps, the car features sharp creases, geometrically-shaped panels and innovative glazing. 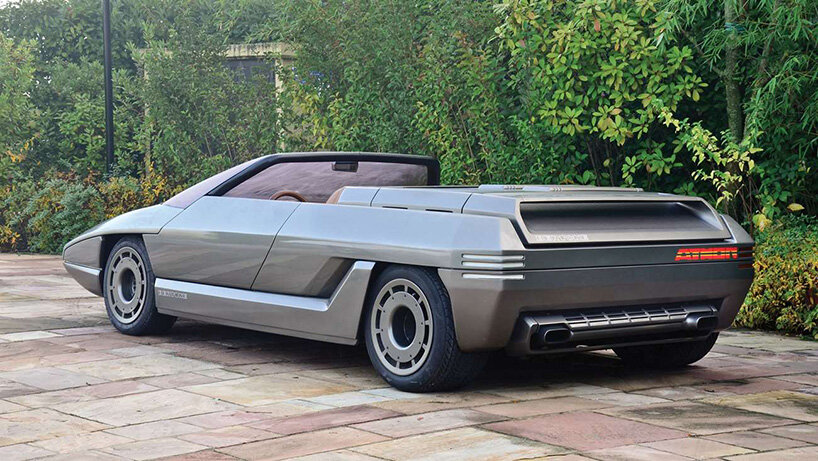 the third car is the briggs & stratton six-wheel hybrid (1980) which was the second hybrid concept vehicle following the fiat 131 ibrido. the car wanted to demonstrate that cruising at a speed limit of 55mph didn’t necessarily need a V8. the fourth car is the italdesign machimoto (1986) which crossed a hatchback with a motorcycle. the roofless car could seat up to nine passengers — all wearing motorcycle safety gear — on two rows of tandem bike saddles. 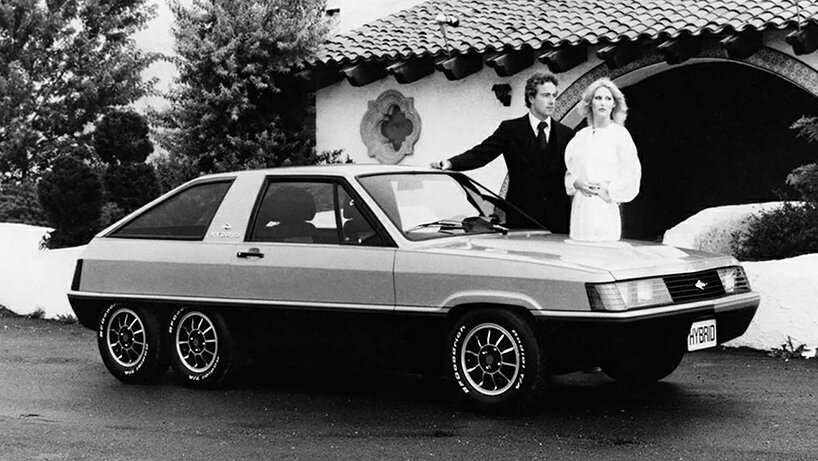 the list continues with the pontiac trans sport concept (1986) minivan. a helicopter-style split screen allowed the two gullwing doors to give access to users. because of these doors, it was recommended to park the car with six-feet of anything on the right side.the bertone genesis (1988) was another minivan with sliding doors and reclining rear seats and adjustable leg rest. the list concludes with the plymouth voyager III (1989), another minivan that combined the idea of a minivan with a three-seater and six wheels. the result was not one car but two. the first one was a compact, three-cylinder, propane-burning, front-wheel-drive hatchback with three-abreast seating perfectly sized for the city commute. the second one was an attachable pod with its own engine that could be mated to the hatchback to provide a total passenger carrying capacity of 11. 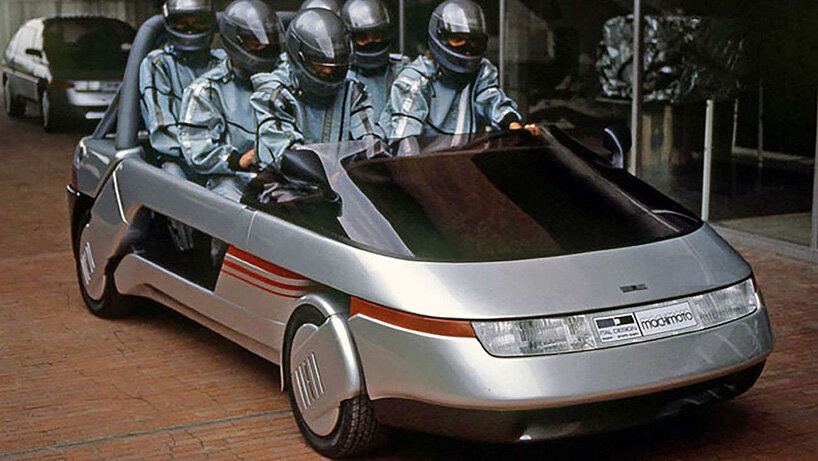 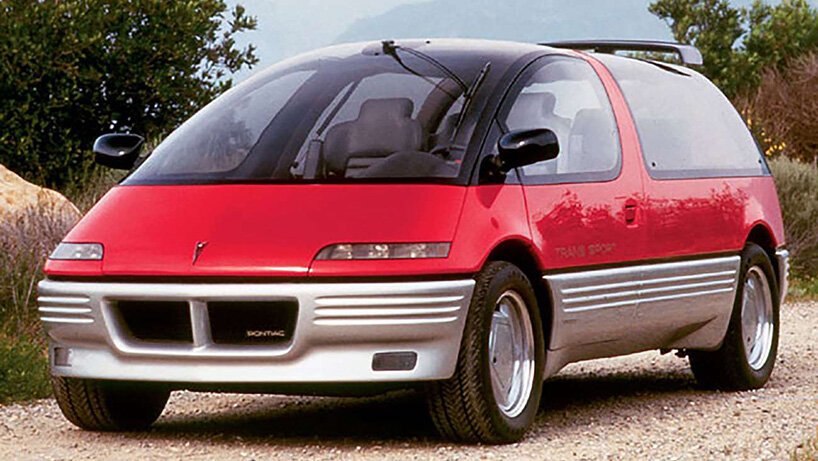 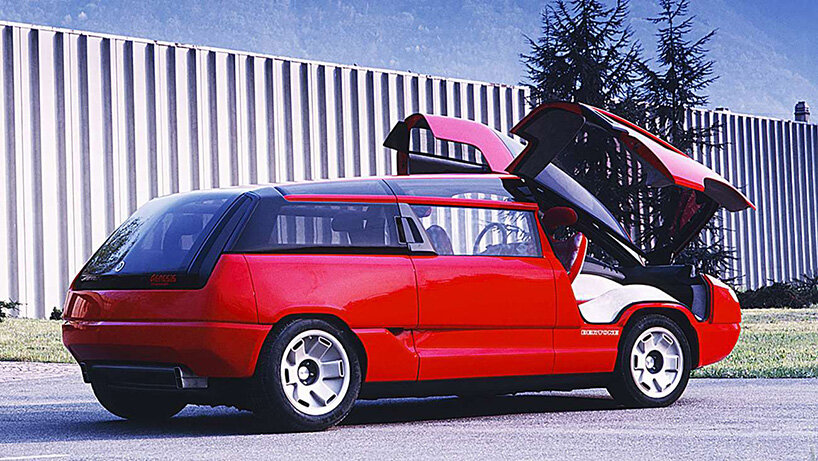 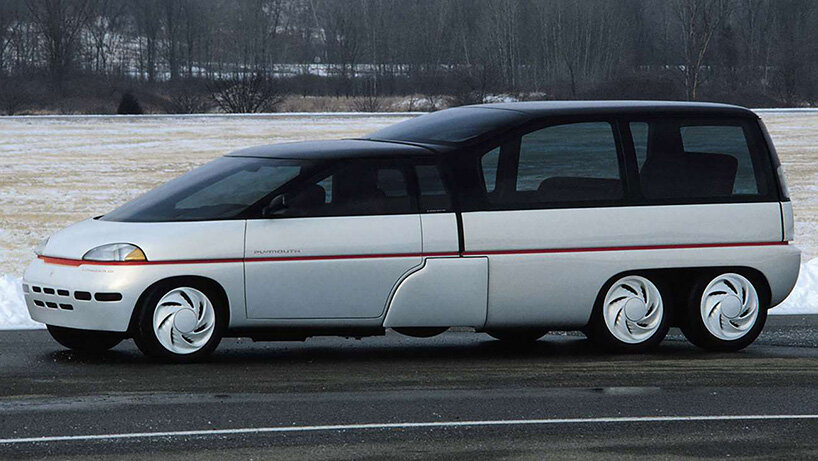