german design studio biegert & funk have just released the ‘qlocktwo W‘, a wristwatch version of their series which replaces the number displays of timepieces with a word-search-like screen with illuminated text. designboom first covered the ‘qlocktwo’ design in this original 2010 article when the company exhibited its wall clock at ICFF new york. now, ‘qlocktwo W’ adapts the same format to the scale of a wristwatch, 35 by 35 by 7 millimeters. the 110-letter grid remains blank until the user presses a stainless steel button, in which case words light up to describe the time: ‘it is ten past one’; ‘it is a quarter to four’.

‘qlocktwo W’ is expected to be available in autumn 2012 with black or steel casing (and black leather or rubber strap) in english or german. also already in production in a greater range of languages are the original ‘qlocktwo‘ wall model and ‘touch‘, a desktop alarm clock. 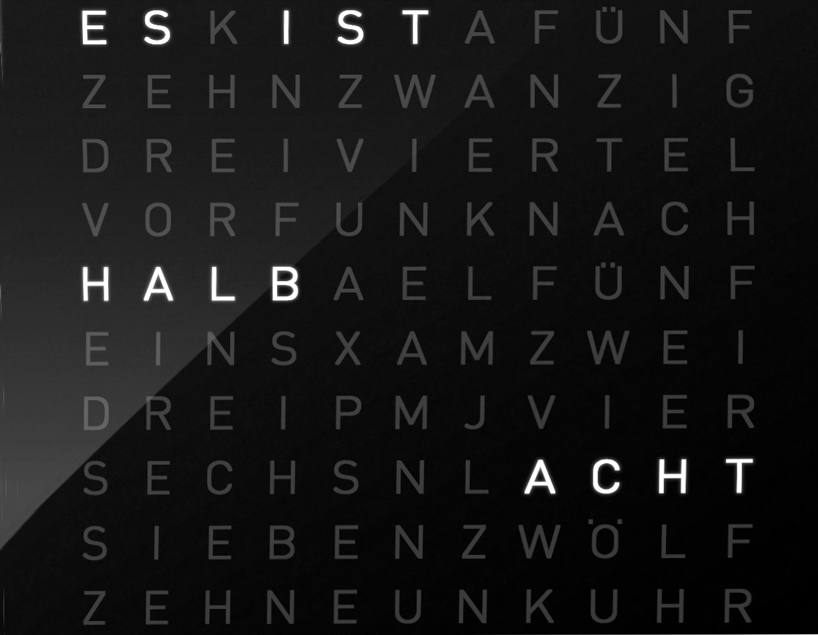