YouTuber Cam Engineering has developed a creative and useful method of navigating California’s railroad tracks and mountain trails. The American content producer has designed a foldable accessory that can be attached to any bike and transform it into a sort of multifunctional draisine. In this manner, the bicycle can easily ride on the roads as well as crisscross the abandoned railroad circuits in the area. 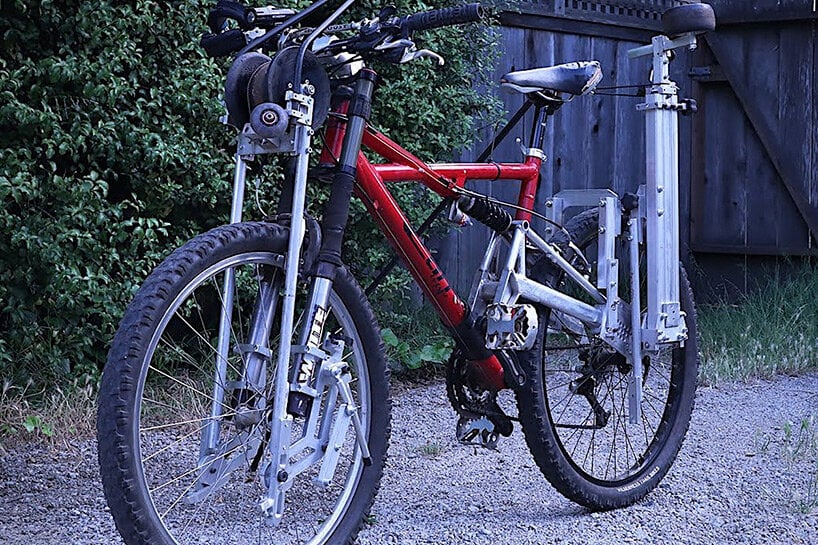 all images courtesy of Cam Engineering

between traditional bike and draisine

The idea of a rail bike is not new; there are already numerous pedal-powered vehicles that let you travel along stretches of abandoned railroad tracks. They are created primarily for sporting and/or leisure activities and are also known as cyclo-draisines. The earliest versions have two driving positions, one on each rail. These driving positions are connected by a platform that, for some versions, can hold one or two seated individuals. These vehicles are propelled forward by the physical force of two pedalers, unlike the Cam Engineering rail bike.

Thanks to an additional wheel at the front and a stabilizer on the side, the bike developed by the American Youtuber is able to move down a railroad track successfully. Once the accessories are folded, the bike returns to its original appearance and can move along the trails again. Two discs are installed on both sides of the bike to stop the additional wheel from straying off the rail. 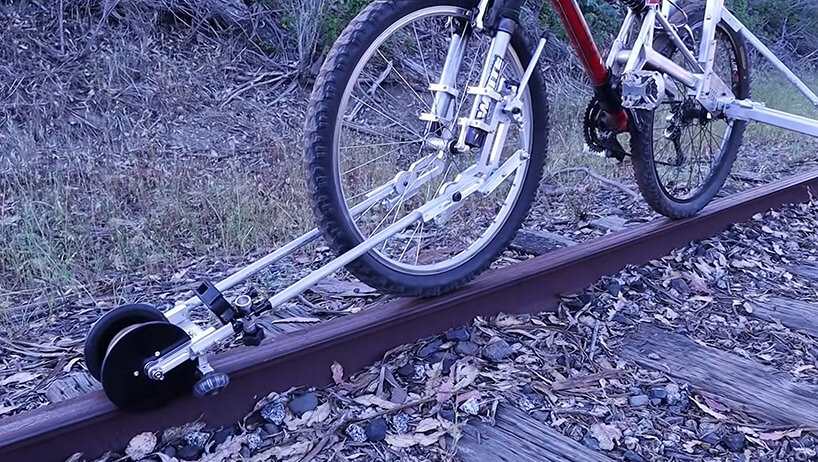 To further improve stability, the bike is also equipped with a telescopic boom that has another wheel at the end. Acting as a stabilizer, this accessory has an adjustable length, depending on the distance between the rails. This accessory serves as a stabilizer and has an adjustable length based on the space between the rails. The two-piece equipment can be folded up for easy transport and to make the practice of classic cycling more convenient. However, there is a minor downside related to the front wheel: it does not offer enough clearance when the track crosses the roadway. 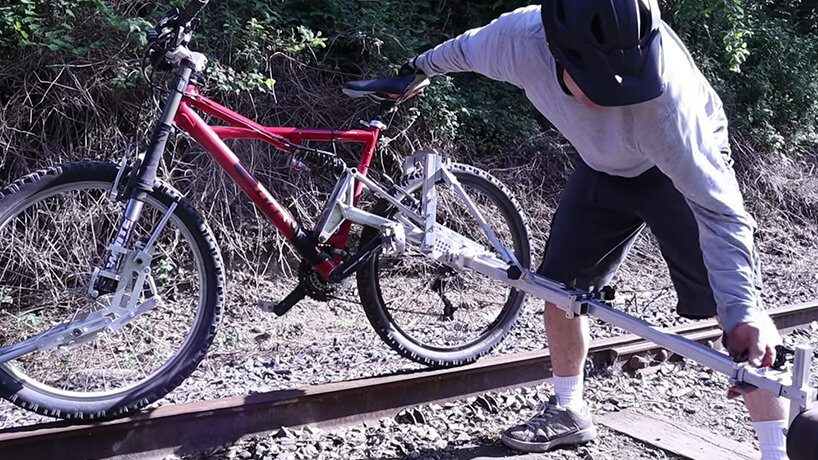 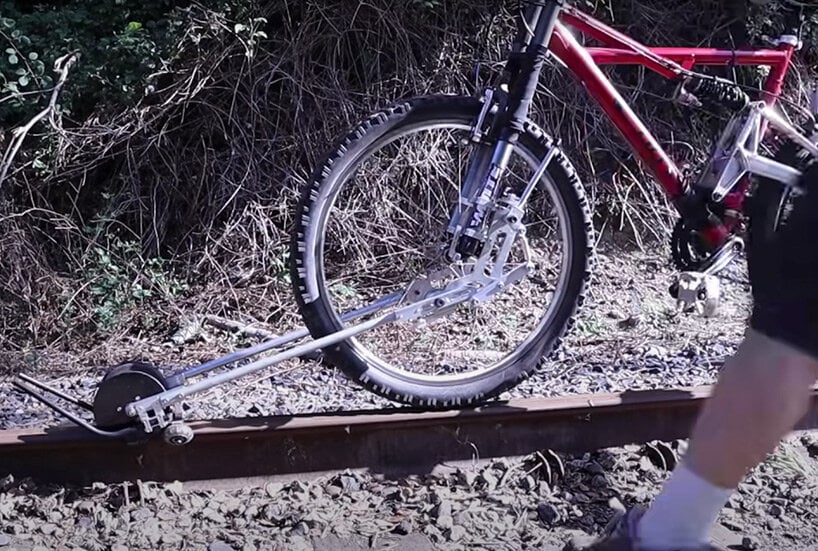 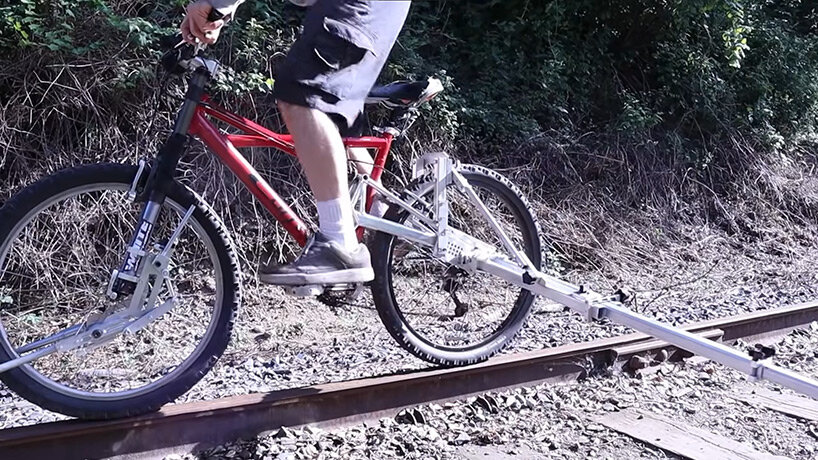