by assembling paper cutouts into the wheels of bicycles, london-based graphic designer katy beveridge creates a zoetrope– the spinning devices that typically produce the illusion of a moving animation from a series of static pictures.

interestingly, this zoetrope effect can only captured on film; to the naked eye, the movement of the wheels occurs too quickly and is perceived as a blur. captured frame by frame, however, beveridge’s snowflake-like designs produce captivating animated visual effects that mimic bobbling gears, growing plumes, and other abstract forms.

video footage of the bicycle zoetrope 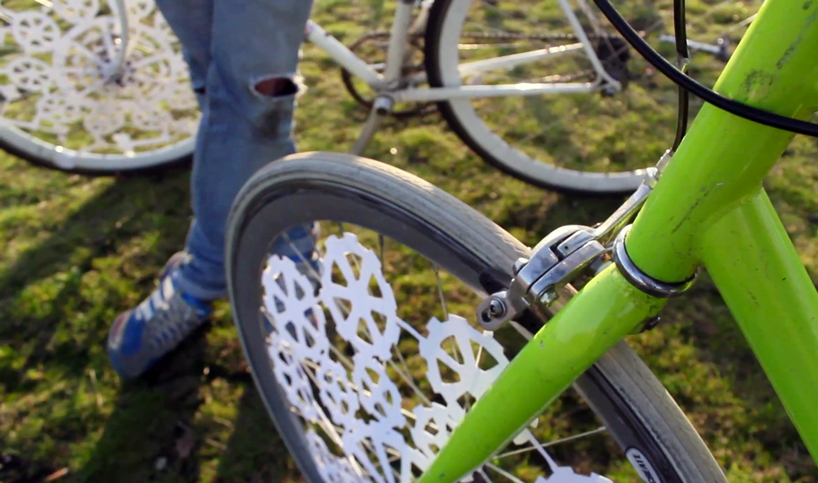 view of the bicycles with designs 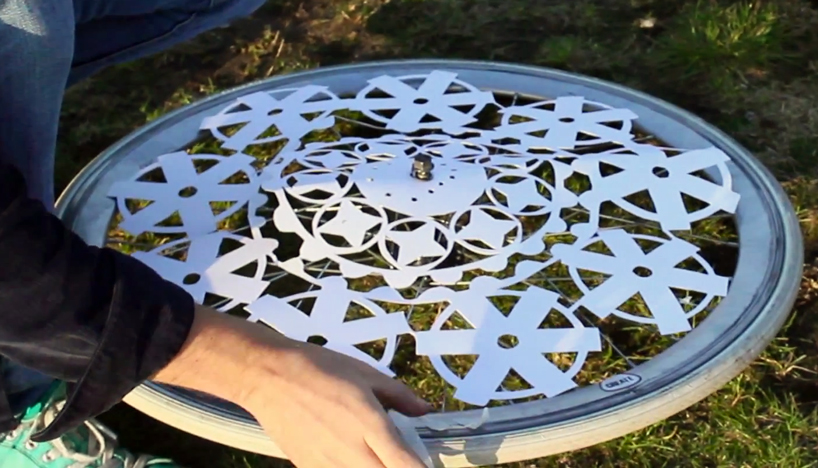 early test video, with moving images placed along the tires