matt harkness, a designer focused around 3D printers and other small-scale digital fabrication technologies, created a biorecycling machine that intervenes in the ecological ramifications of the waste produced in widespread domestic manufacturing using 3D printing technology. this machine is a hypothetical domestic recycling device based on the most used 3D printer feedstock material polylactic acid (PLA) and its biocompatibility with the human body. 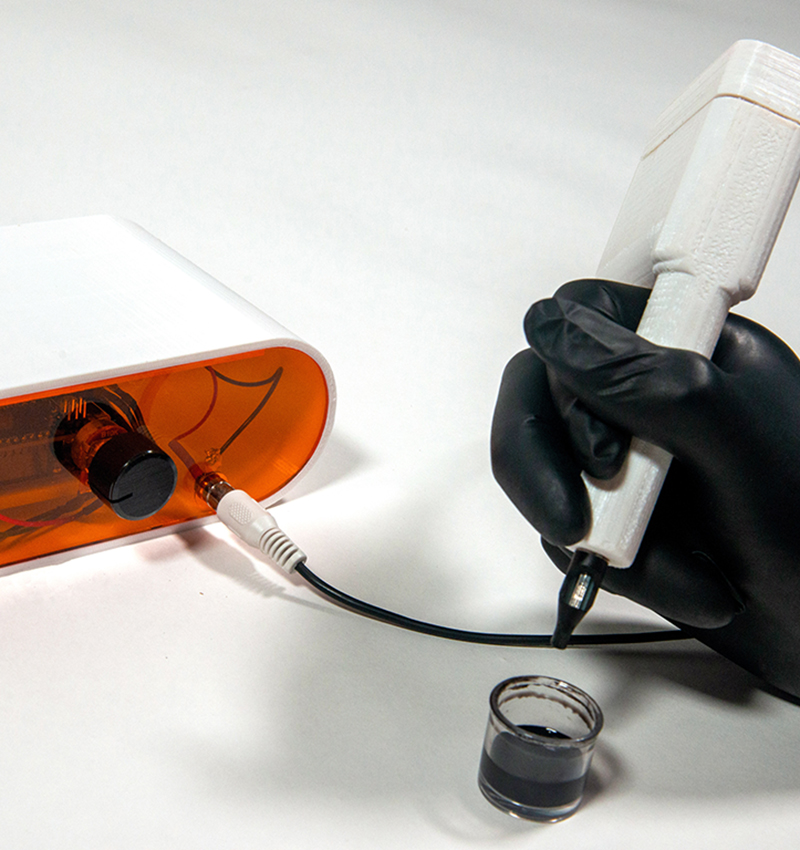 polylactic acid is a novel bioplastic and is theoretically environmentally sustainable yet is not due to gaps in design networks of suitable recycling and composting facilities. it is also an extensively used polymer in medical applications such as drug delivery systems as well as short and long-term implants including sutures, anchors, and load-bearing screws. PLA biomedical implants like these can safely reside inside human tissue for extended periods of time while being slowly absorbed and eventually excreted by the body. 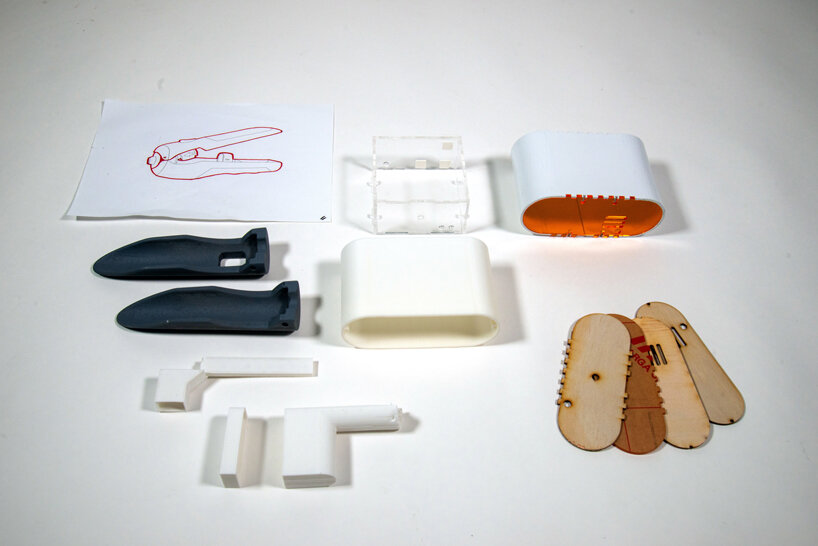 building on this, the biorecycling machine by matt harkness uses a handheld injector resembling a rotary tattoo device to deliver granulated PLA into a person’s dermis layer of skin. upon entering the body, the process of hydrolysis begins where the polylactic acid microplastic particles will be slowly turned into lactic acid, carbon dioxide, and water. after thirty weeks the body will have completely recycled the PLA particles and excreted its constituent components through urination or respiration. according to the designer, the biorecycling machine project has the potential to add over seven billion human recycling units to the world’s current recycling infrastructure which is not entirely unreasonable as microplastics are incredibly pervasive and are currently found inside fifty percent of humans on earth.