built by american studio MNML in collaboration with method bicycles for the 2014 oregon manifest bike design project, the ‘BLACKLINE’ has been designed as the ultimate urban utility bike. influenced by the ‘windy city’, it takes its name from the ‘L’,  chicago’s iconic elevated train lines that run throughout the metropolis. the design features a custom helios smart handlebar with integrated LED headlight and side blinkers, and utilize GPS enabled turn-by-turn navigation to help riders safely find their way through the urban grid. once a destination has been reached, the bike’s location can be securely tracked using a connected smartphone app. 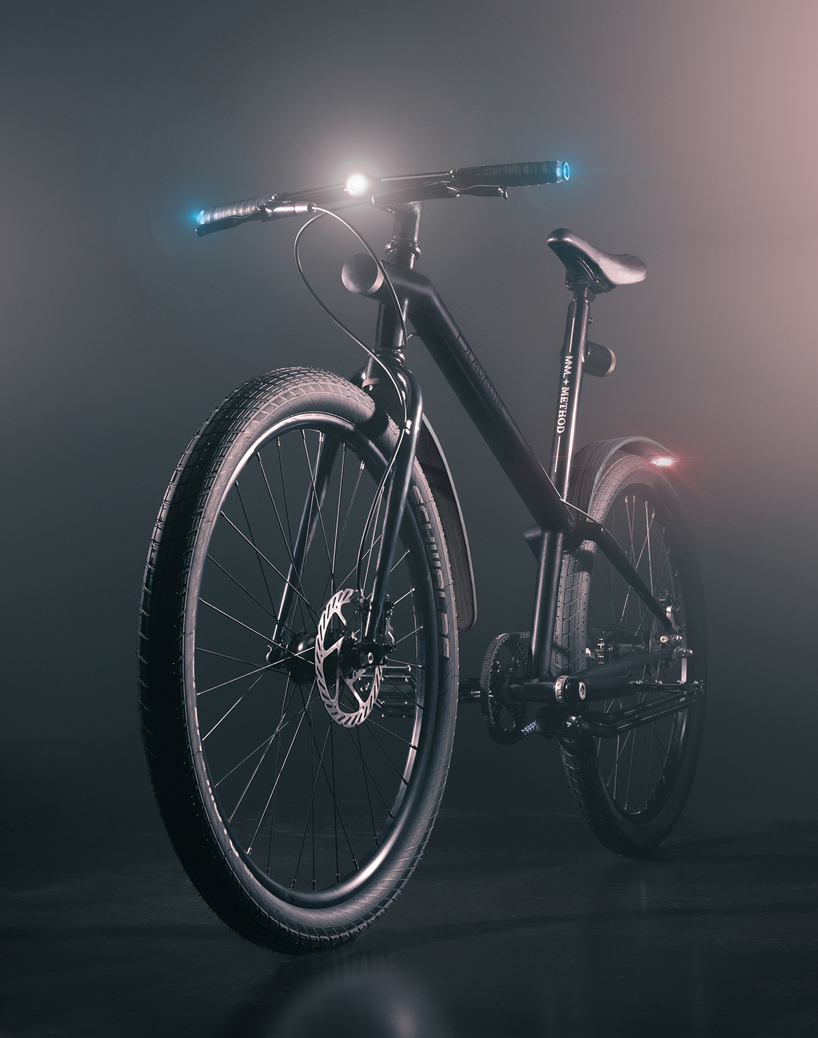 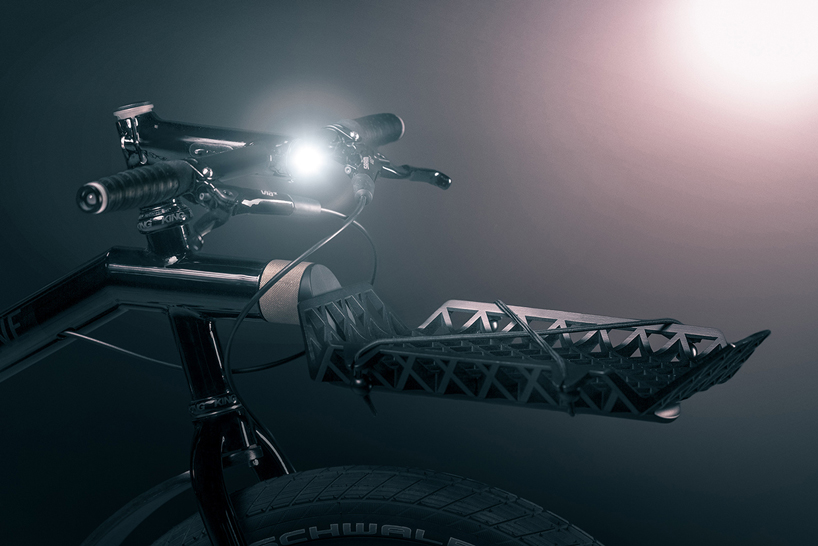 the virtually maintenance-free drive train utilizes a sealed 3-speed SRAM hub, driven by a nearly indestructible belt drive that is able to withstand everything from the daily commute to the harshest winters. the blackline boasts a singular angled 2 inch tube frame, a detachable cargo system, and ‘multi-configure’ cargo system, which discreetly stores a u-lock and features removable waterproof panniers with stow-away shoulder straps so you can tote your gear from A to B. 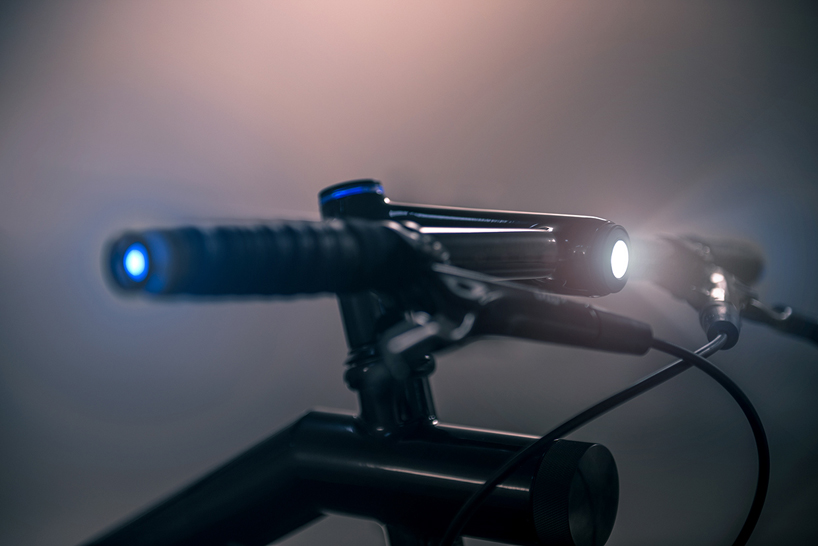 with your smart device linked to the helios handlebars via bluetooth, turn by turn navigation is as easy as inputting your destination. LED indicators on the ends of the bars blink left or right to indicate an upcoming turn, and signal traffic of your intent at the same time. the brightness of the headlamp can be controlled with the tap of a finger, and the ambient riding lights can be configured to any color. 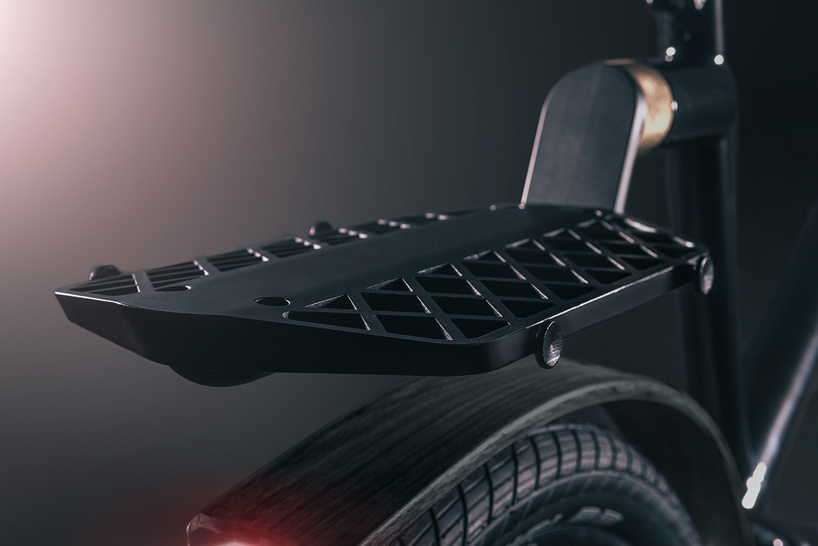 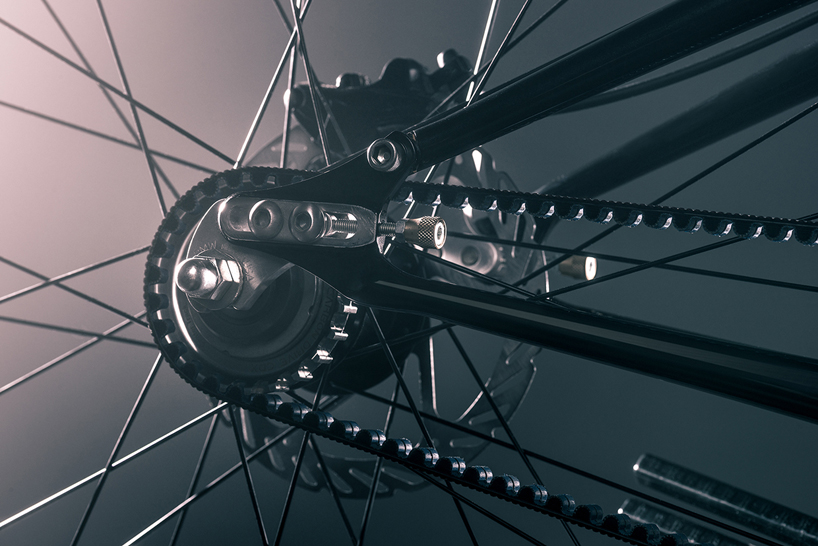 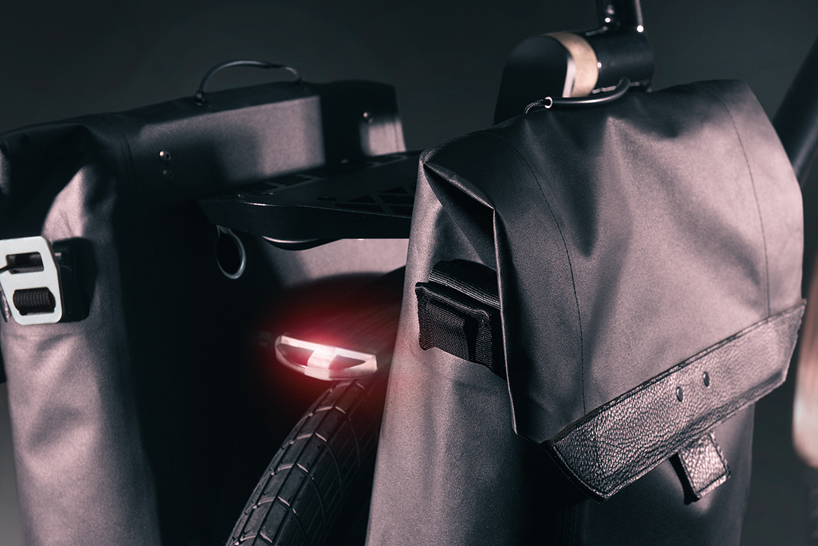 detail of the versatile cargo system 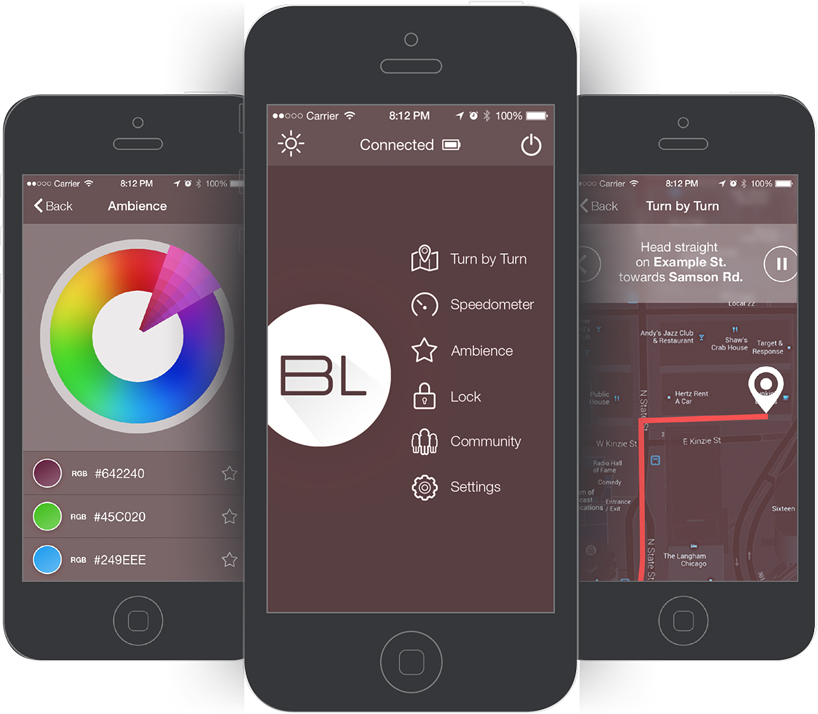 detail of the connected smartphone application