this is a 1956 BMW isetta 300 — a rare, egg-shaped cruiser with rounded, bubble-like windows. a sensation when first issued, the entire front end of the isetta is on a hinge — drivers and passengers hop inside via a single, swinging front door. this particular model, currently up for auction, was discovered in a local junkyard 30 years ago and later underwent a massive restoration, which included an acid dip, new paint, refreshed cosmetics, red plaid interior, and an engine rebuild.

years after its production run, the isetta would go on to inspire a new generation of vehicles — the, quirky all-electric microlino, soon to hit european streets. 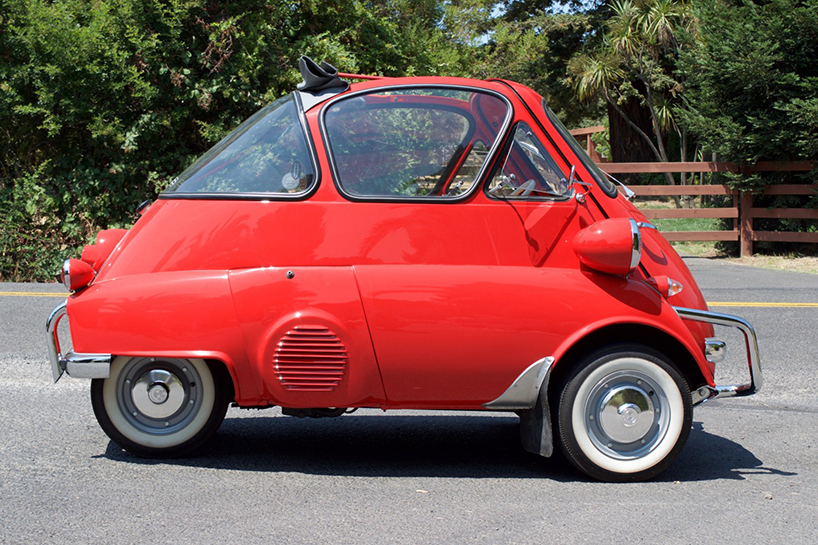 all images courtesy of bring a trailer

available for auction on bring a trailer, this BMW isetta 300 has seen its 298cc single-cylinder engine rebuilt during its restoration, and features new gaskets, and a 4-speed manual gearbox. at its time of production in 1955, the BMW isetta became the world’s first mass-production car to achieve a fuel consumption of 3 L/100 km, and was the top-selling, single-cylinder car in the world. the legendary piece of BMW history was famously taken for a spin by top gear’s jeremy clarkson, and found himself in a bit of ‘bubble trouble’. 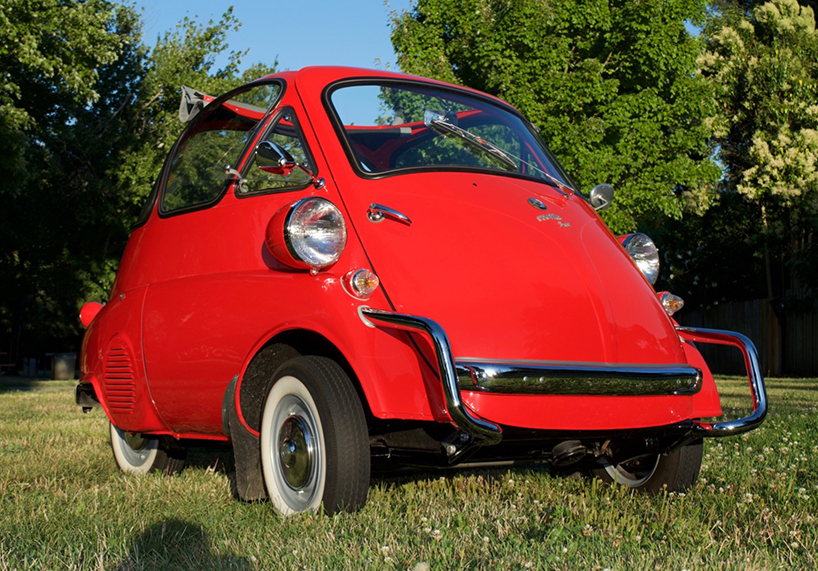 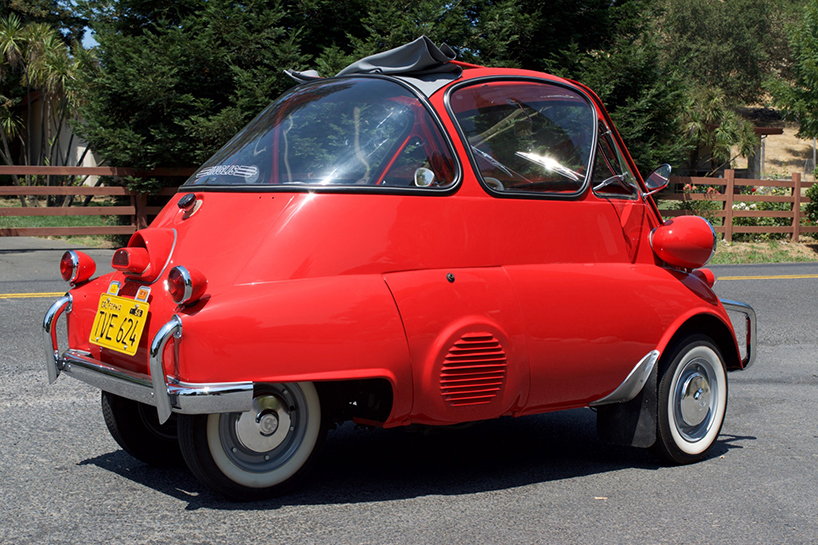 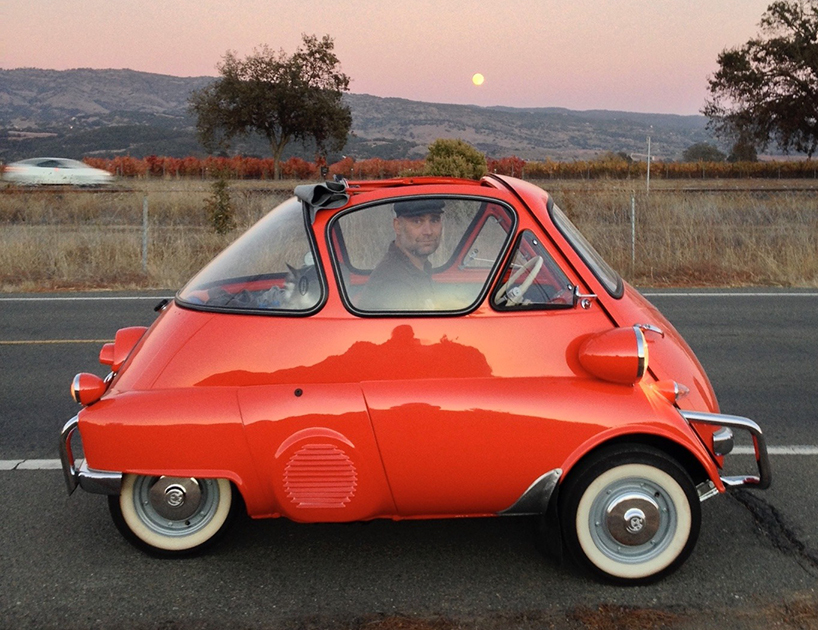 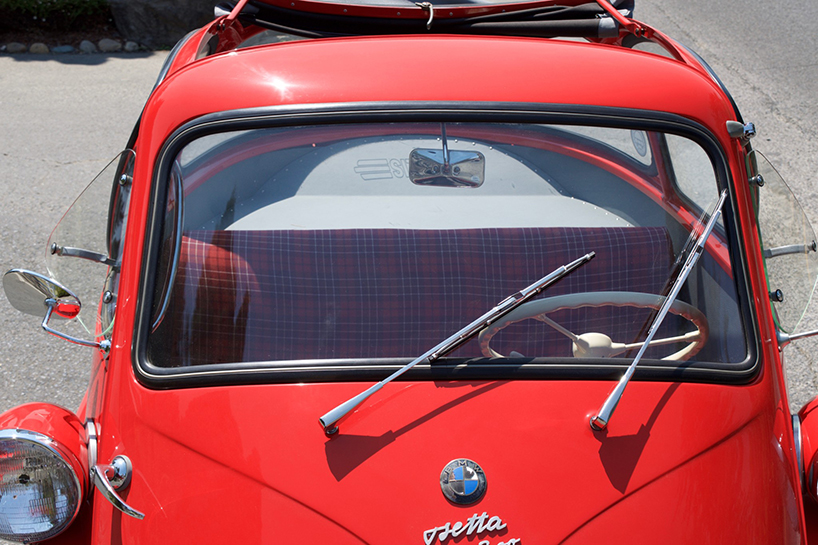 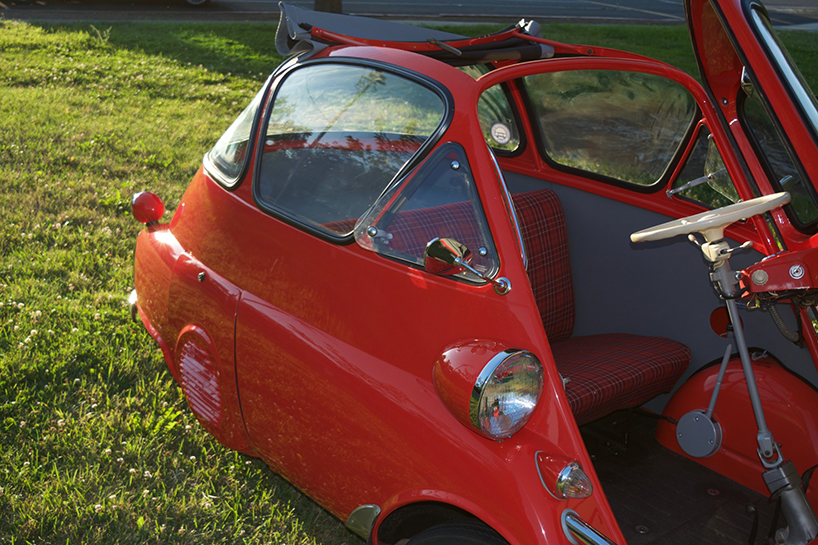 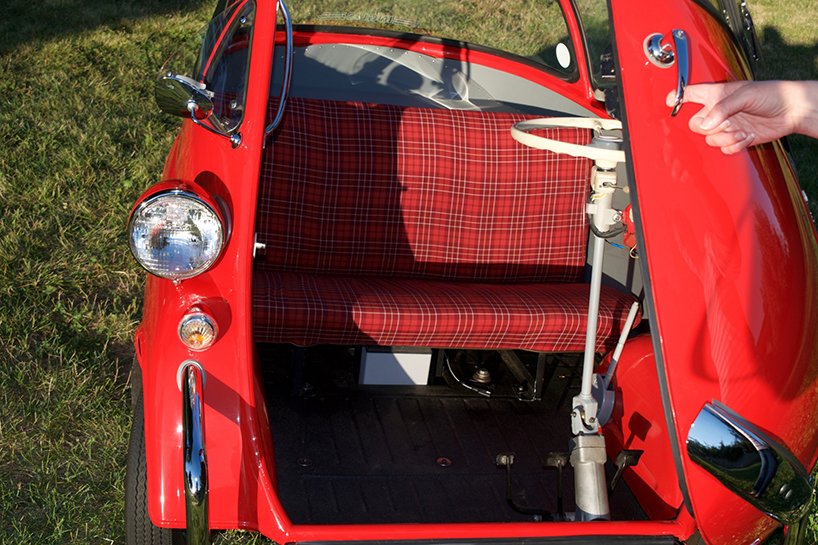 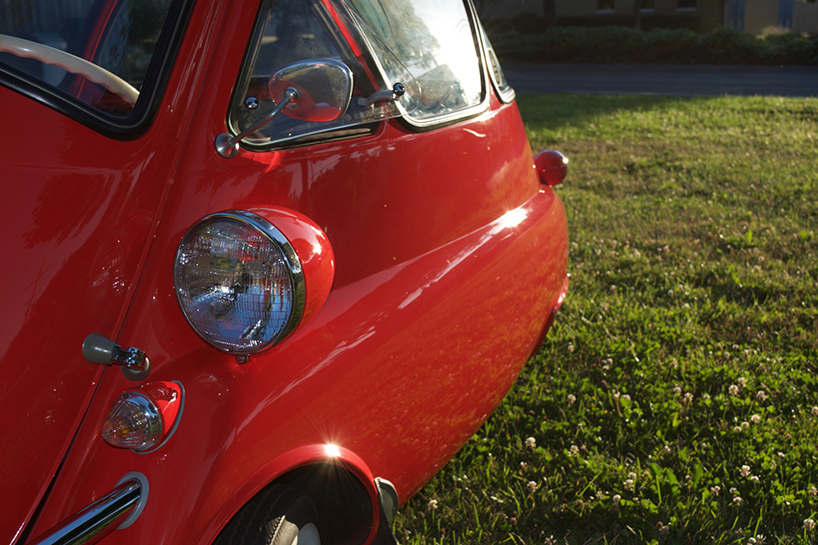