BMW has unveiled a one-off X6 SUV which has been sprayed with vantablack VBx2 – the ‘blackest black’ paint possible. surfaces painted with vantablack lose their defining features to the human eye, making objects appear two-dimensional. 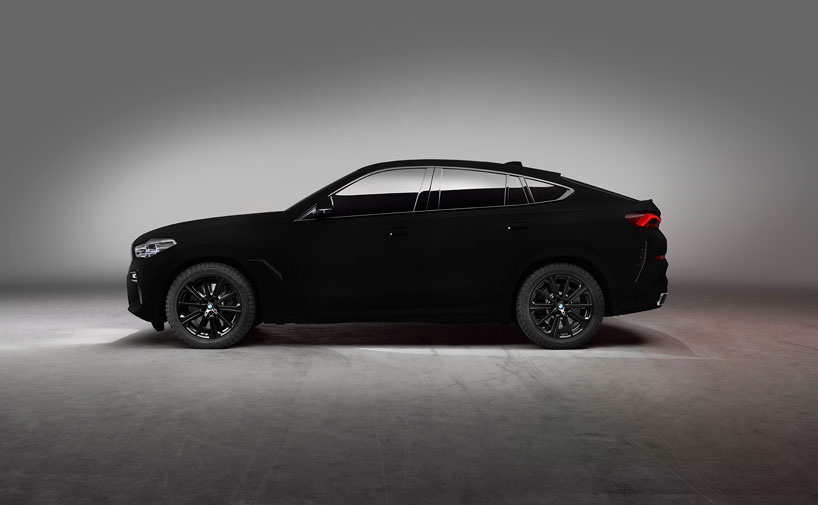 the BMW X6 is the first and only vehicle in the world to feature a vantablack VBx2 paint finish. the exclusive show car is the result of a collaboration between BMW and surrey nanosystems, the inventors of the vantablack technology. 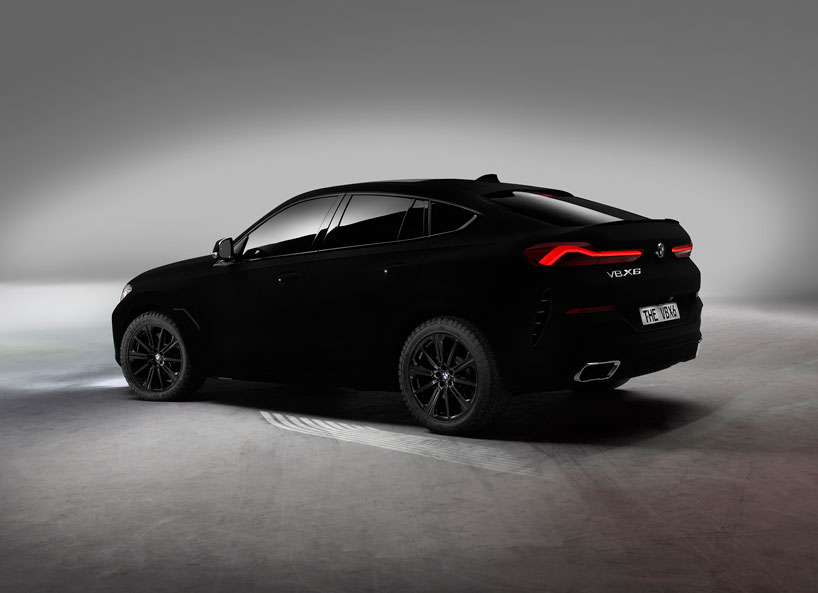 the BMW X6 was coated in the VBx2 variant initially developed for use in architectural and scientific applications. this coating can be sprayed on and has a one-per-cent total hemispherical reflectance (THR), meaning it is still considered “super black” while enabling a small amount of reflection from every angle. 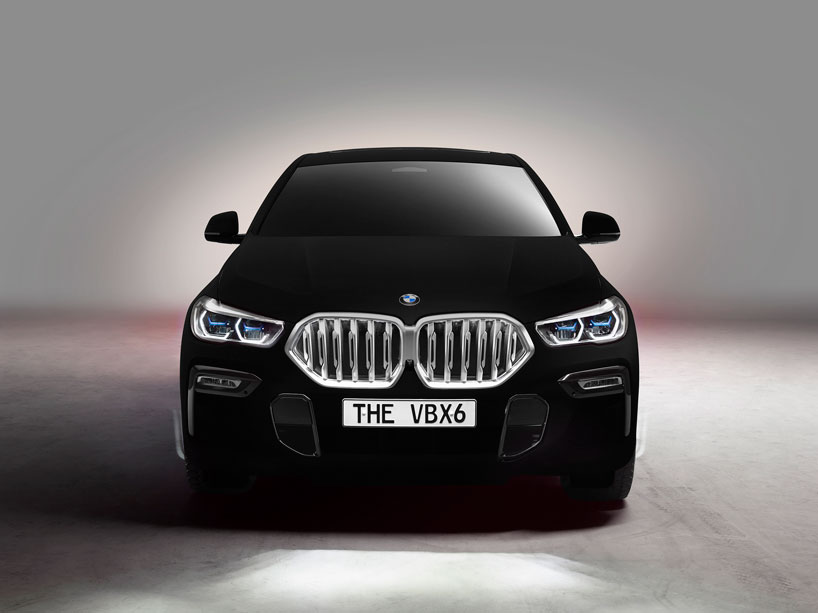 vantablack was first developed for the aerospace applications. it contains an acronym of the technology enabling this superior black in its first two syllables, which stand for vertically aligned nano tube array, a matrix made out of carbon. each of these carbon nanotubes has a length of 14 to 50 micrometres, with a diameter of 20 nanometres, making it around 5,000 times thinner than a human hair. 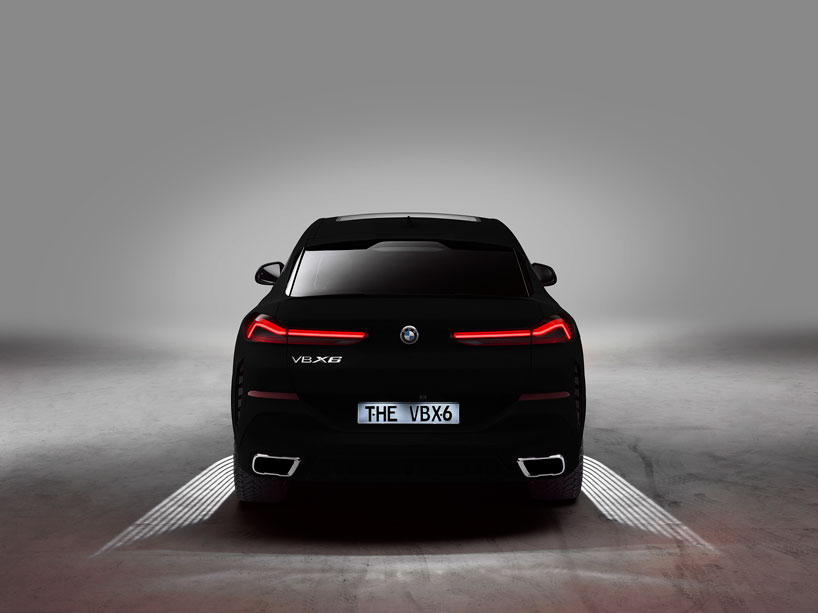 as a result, around a billion of these vertically aligned carbon nanotubes fit into one square centimetre. any light striking this surface is almost completely absorbed rather than reflected, and effectively converted into heat. 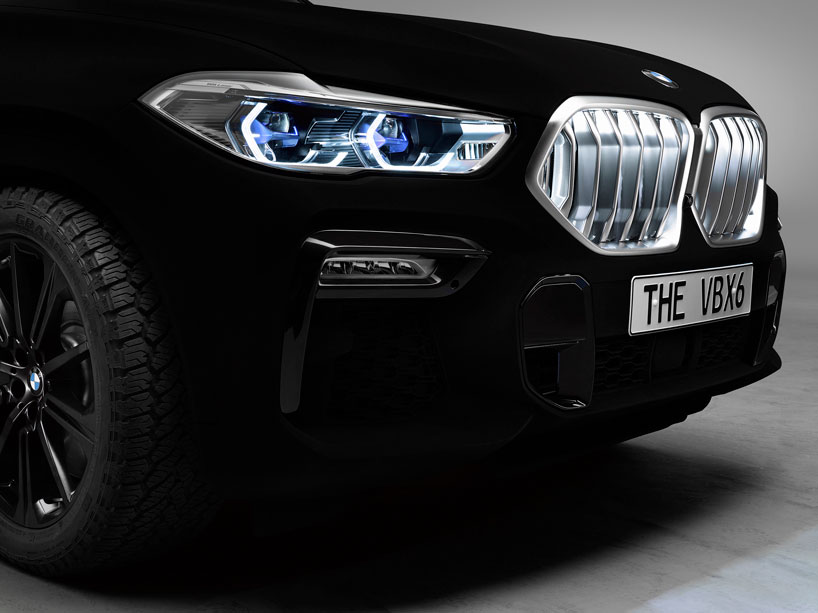 the VBx6 vantablack will have its world premiere at the 2019 frankfurt motor show, from 12 to 22 september 2019 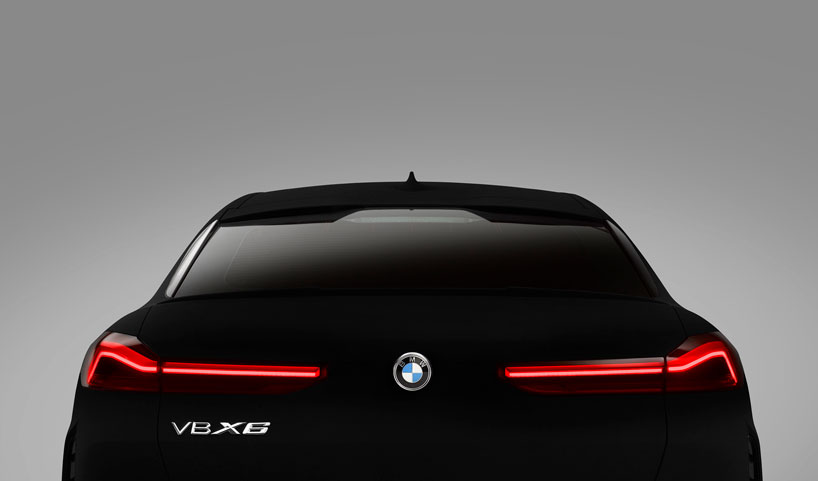