‘there is a crack in everything,  that’s how the light gets in.’ – leonard cohen

for a living room interior in an amsterdam apartment, bo reudler studio designed six slow white shutters. the high volume of the space was over flooded with light from six small west-facing windows. the brief called for something to block out glare and at the same time provide privacy from neighbours. the clients already owned a ‘slow white cabinet’ (see more about the ‘slow white’ furniture collection on designboom here). with this in mind they wondered if the cabinet doors could be translated into something larger: this led to the resultingwindow coverings which express a similar aesthetic. 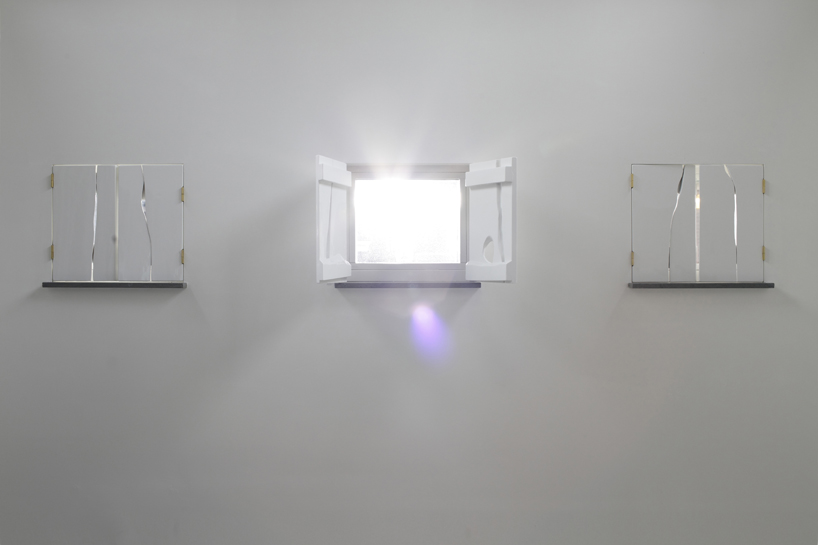 the design intention was not to shut out the light, but create an interaction with it

using wood as the starting point the aim was not to completely shut out the light but create an interaction with it. by utilising the natural outlines and openings in the wood, each shutter celebrates the material and interacts with the light in a different way. six planks were selected from a yew tree native to western europe, renowned for its irregular-shaped trunk that produces whimsically shaped planks. the curving natural lines of the pieces were mapped like a puzzle to create six pairs of shutters each with their own character. the holes of the knots were positioned as grips for opening and closing. cracks in the shutters, which are also visible from the exterior, slice the light and admit glimpses of the outside while closed. the window coverings bring to the forefront a forgotten building element that was once a common fixture in many homes of the past. 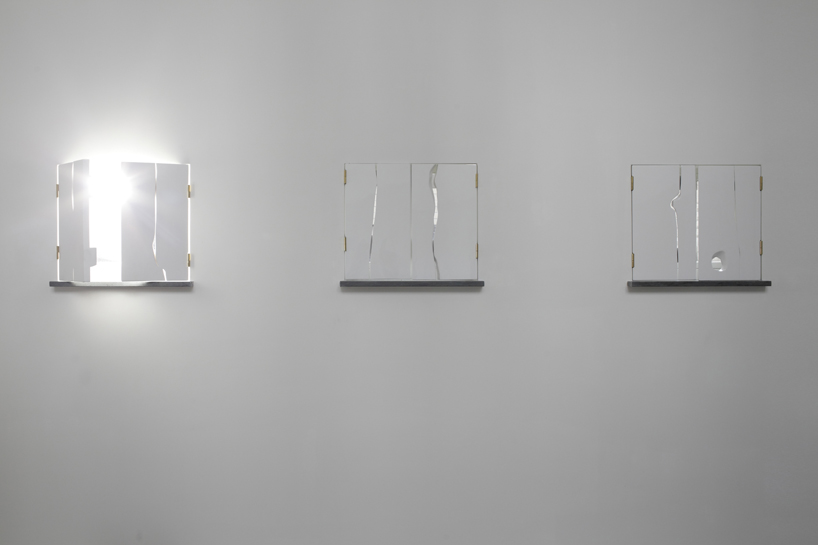 the space is furnished with pieces from the studio including the ‘slow white table’ and golden compass that highlight the distinguishing curves of natural branches, the ‘haute bamboo candleholder’ and ‘bamboo windsor chair‘, a classic western chair reinterpreted using the inherent qualities of bamboo and rattan. resembling oversized lace with its graphic fleur-de-lys pattern cut into the horse hide, the ‘equus rug’ initiates an interaction with the floor to either hide it or reveal what’s underneath. 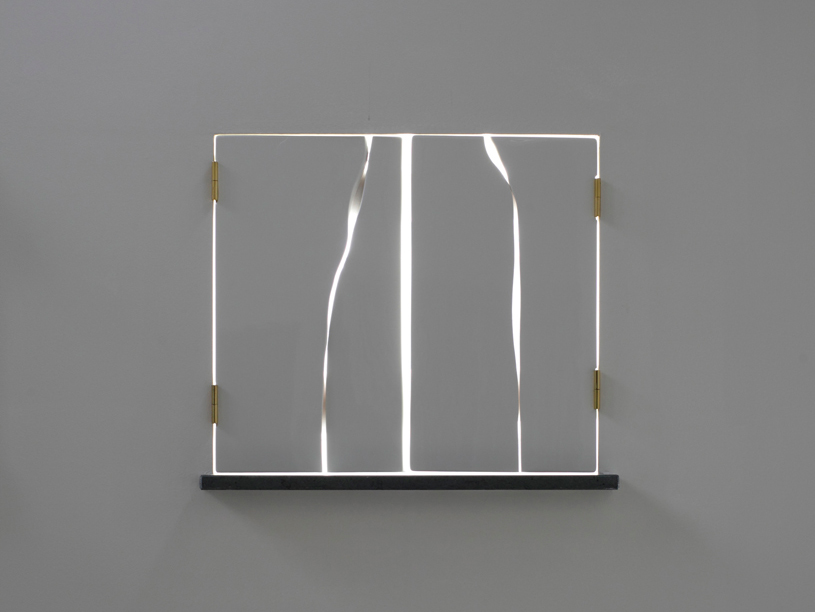 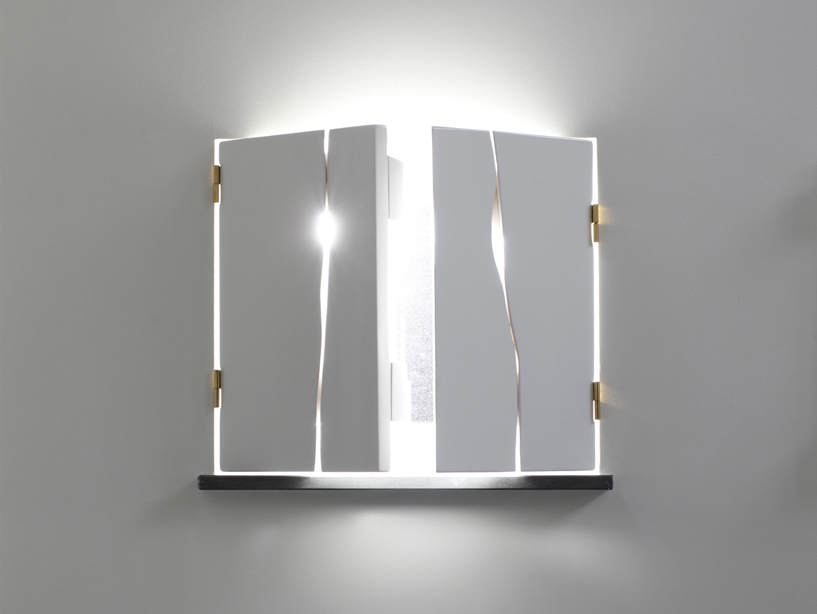 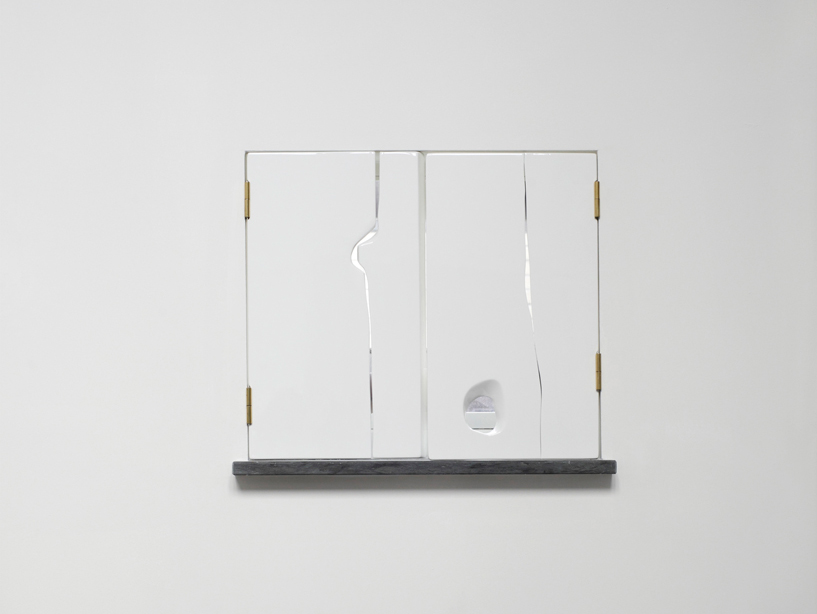 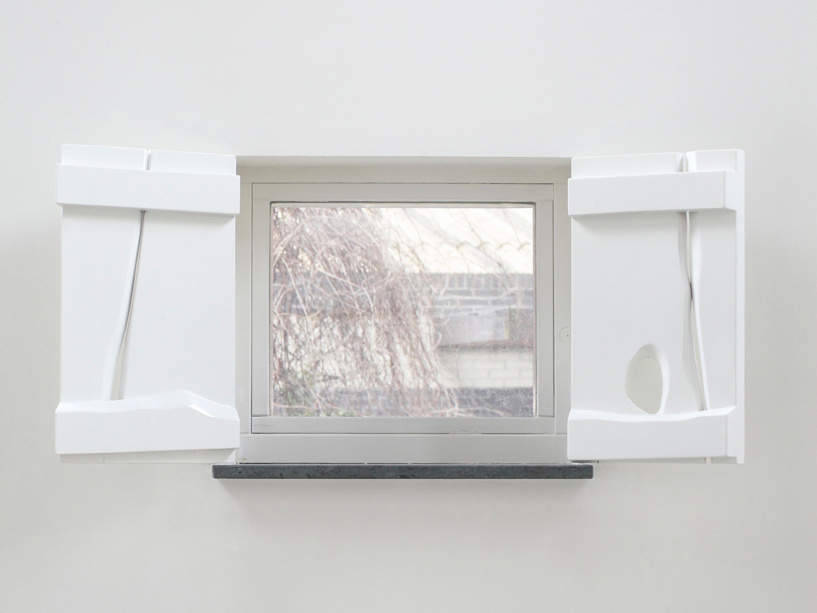 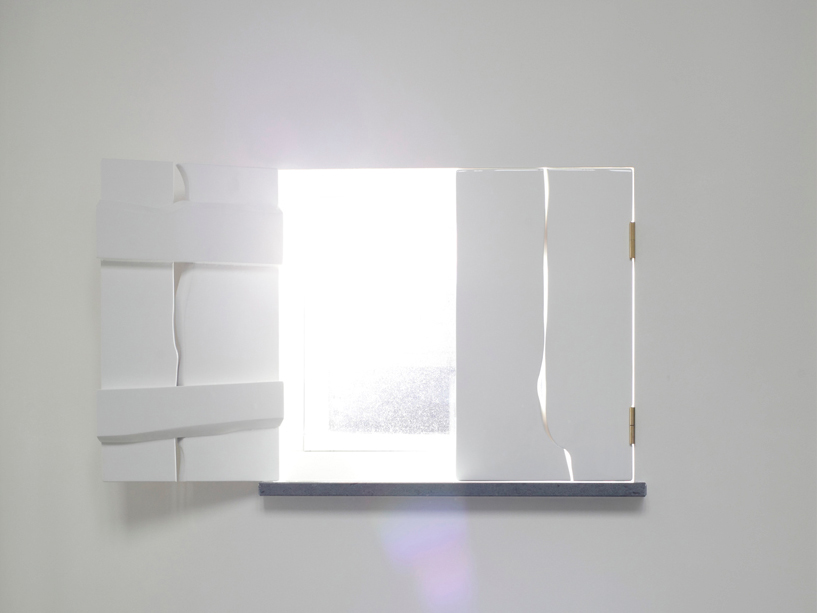 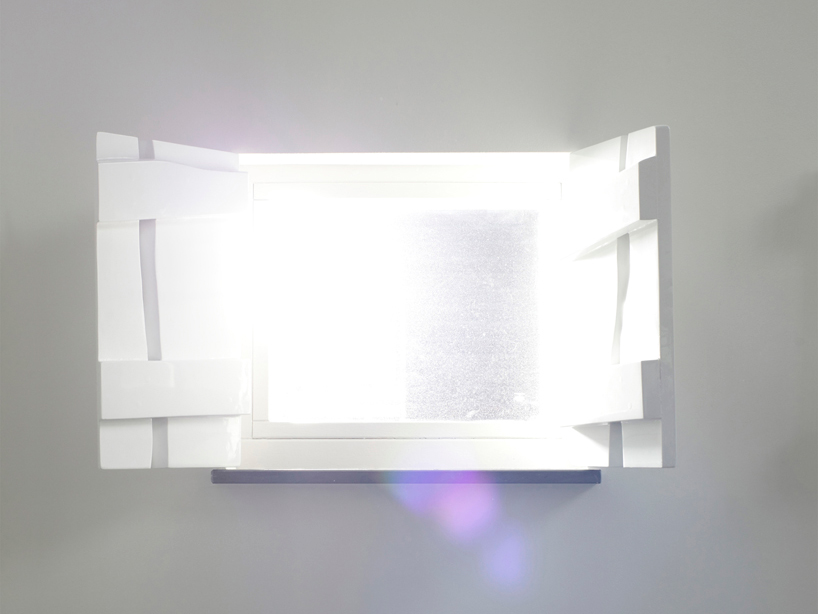 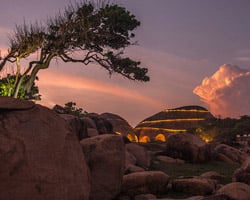 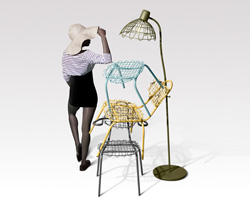