snooze inside a soft cornet, nap on golden brown stacks of toast, and curl up as a vegetable omelet on one of these breakfast-themed bread beds, pillows, and blankets cooked up by japanese website felissimo. multi-functional and comfortable, a bun shaped lounge allows the wearer to be sandwiched between two plush halves, and the cornet can be unwrapped from a sleeping bag shape and made into a soft seating pad. the ensembles are completed by accompanying colored capes, transforming the wearer into a dollop of strawberry jam, a chunk of creamy chocolate, and an omelet’s green legume. 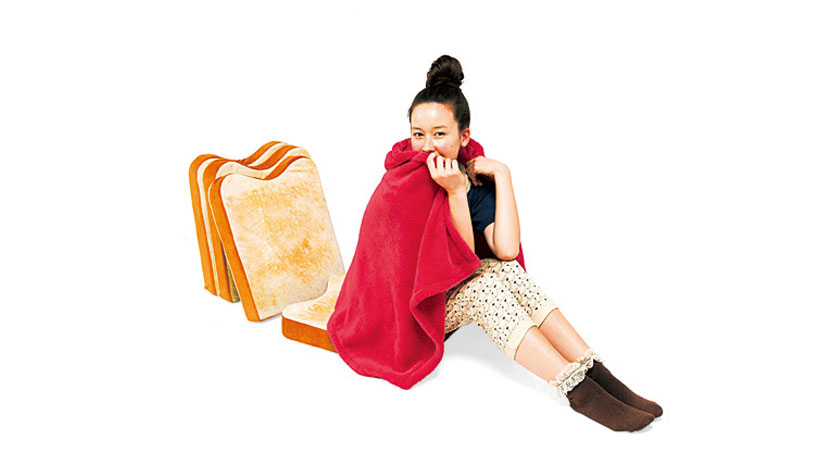 the ensemble is completed by a colored cape, which makes the wearer look like strawberry jam atop the slices

the omelet cushion wraps the wearer into a cozy shell 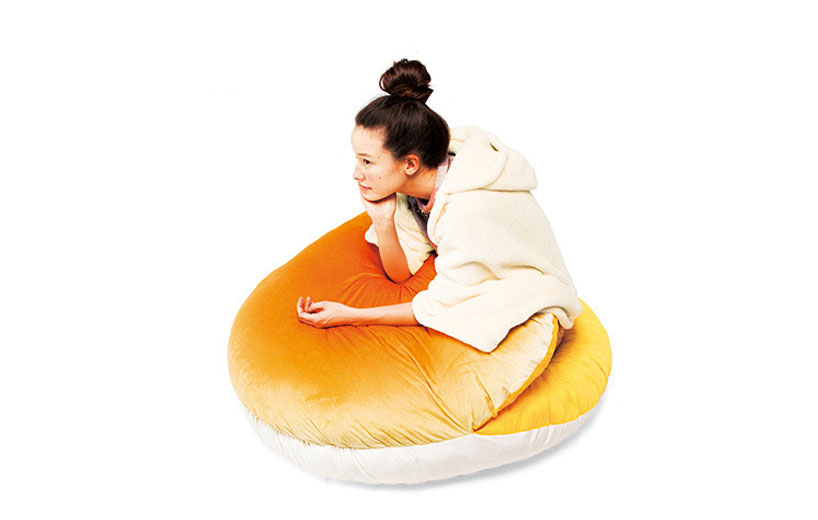 the seated variation is in the shape of a bun 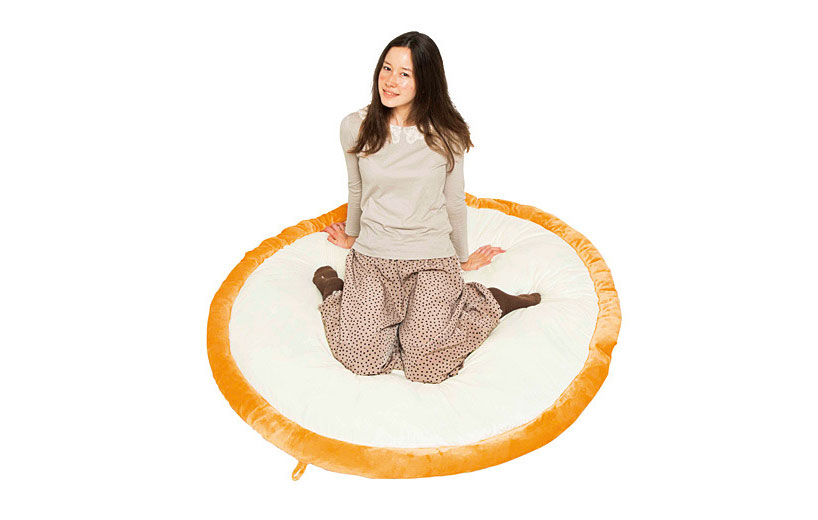 opened, the omelet becomes a blanket or a plush pad for seating 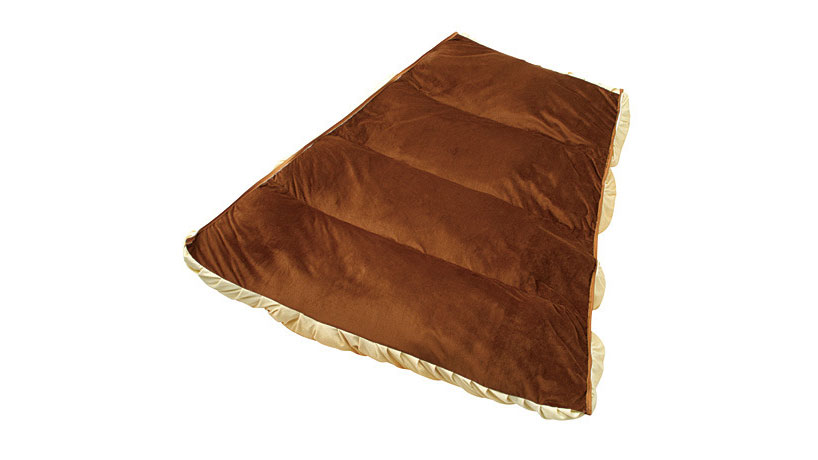 unwrapped, the cornet becomes a soft bed for lounging 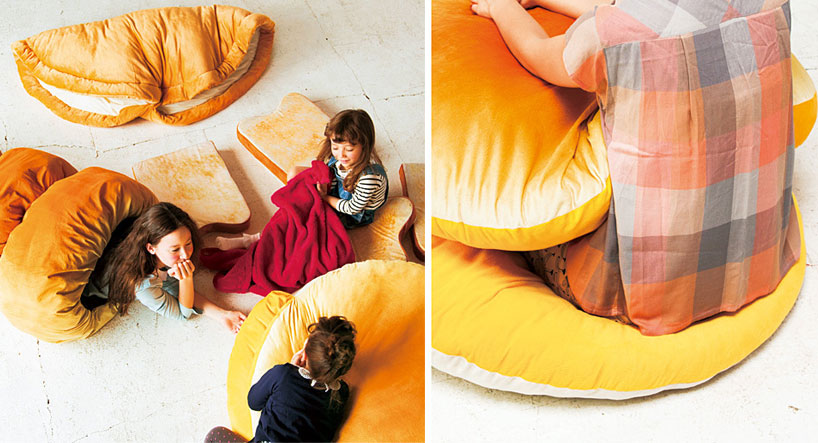 (left) a group of children interact with the bread-shaped cushion
(right) a detail of the bun bed, where the wearer sits sandwiched between the two halves

Jun 03, 2021
sculptural popsicles by stoyn look like real fresh fruit on a stick

Jun 03, 2021
'useless architecture' exhibition at the noguchi museum explores a social purpose for sculpture
designboom spoke with dakin hart, senior curator of the noguchi museum and the exhibition's organizer, to learn more about the show.
design
123 shares
connections: 46

Jun 02, 2021
this bright yellow loopy chair by nik bentel is made from common tubular bike racks
the chair allows for a novel construction using the common formal language of the bike rack, while not having to create excess equipment for manufacturing.
design
911 shares
readers
connections: +300

Jun 01, 2021
naturally cooled 'groundfridge' is a sustainable alternative to refrigerated cellars
'groundfridge' requires no electricity, as utilizes the insulating capacity of the ground and the cooler night air temperatures.
design
792 shares
connections: 64