if you’ve ever walked by a sake brewery in japan, there’s a good chance that you may have seen a unique ornament hanging outside the front door. it appears as a collection of tightly-knit leaves that have been compressed and trimmed into a perfect sphere. what you were looking at is what the japanese refer to as a ‘sugidama’, which means ‘cedar ball’ in english. the object finds its origins in the edo period (1600s – 1800s), a time when the country was experiencing economic growth, strict social order, and an enjoyment in art and culture. due to the limited amount of technology during the era, sake makers found the need to notify clients of when their beverages were ready. and so, starting as early as november, they would tie together and hang up fresh green branches right after they pressed the wine from the new rice harvest. several months later, customers would know that the drink was ready to consume once the sugidama turned completely brown. with a vast understanding of this history, bril design collective has taken this ritual and transformed it into a project called ‘coniferous clock’. 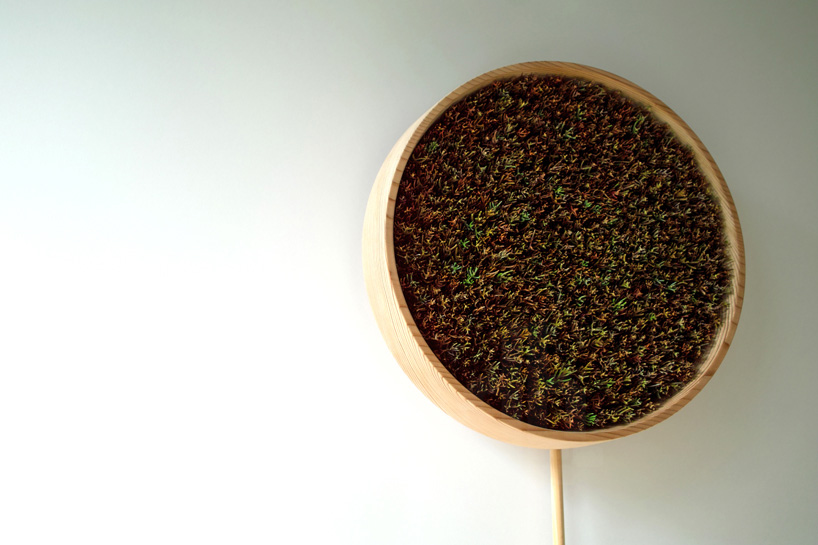 the alternative pendulum clock is composed of a circular frame and swing beam made out of japanese cedar. along its edge, the natural and imperfect striations that decorate the wood have been preserved. on the interior, leaves of the tree have been embedded into the face with an understanding that it fades much slower than other plants and thus, lengthens the product’s life. similar to the ancient tradition, the color of the tactile surface gradually turns from green to brown over the course of approximately one year. 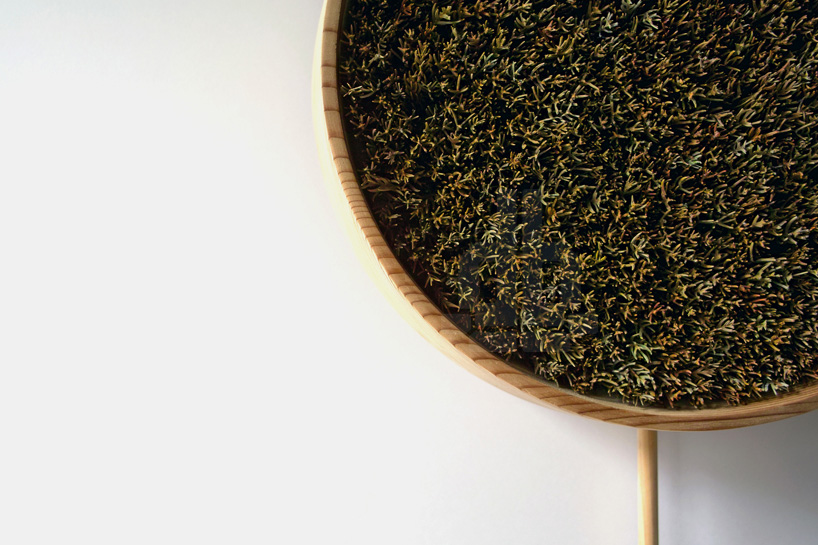 below the structure is an alternative pendulum 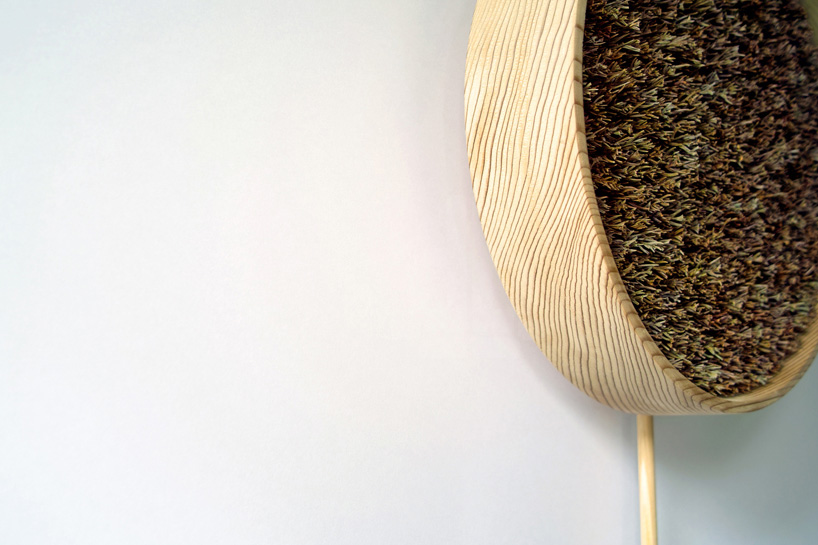 detail of the cedar frame with its natural patterning 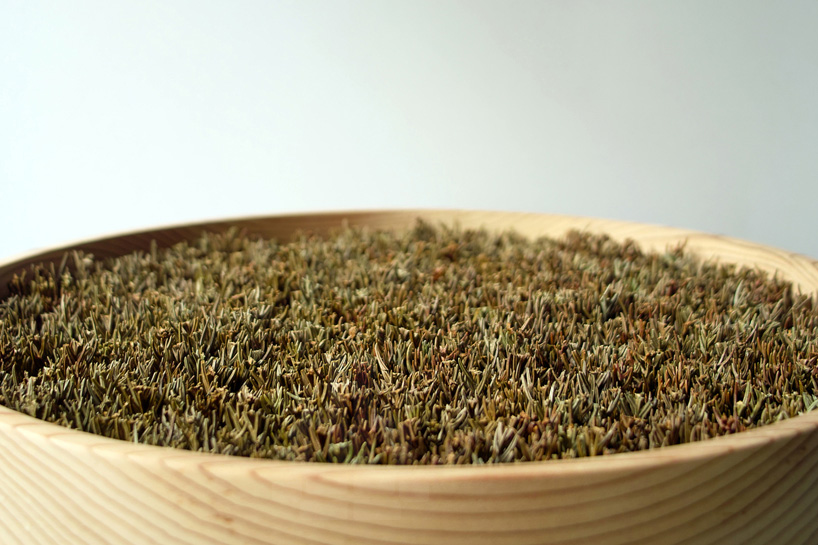 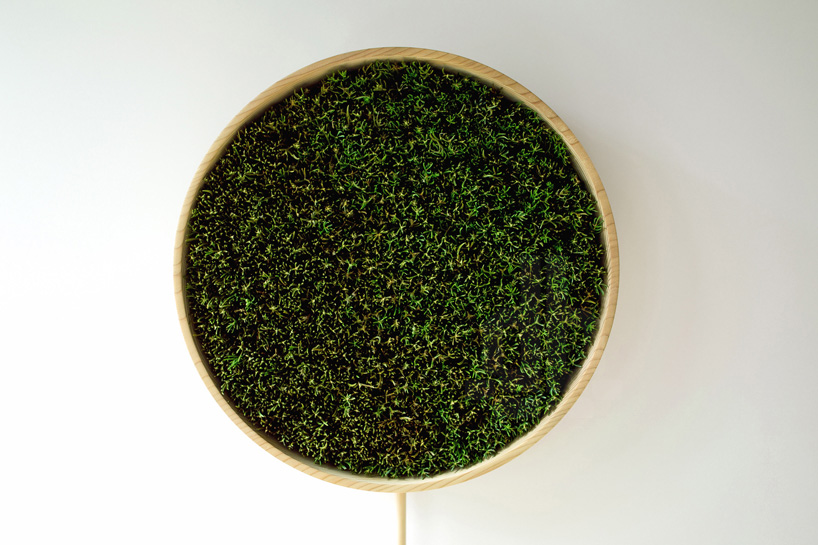 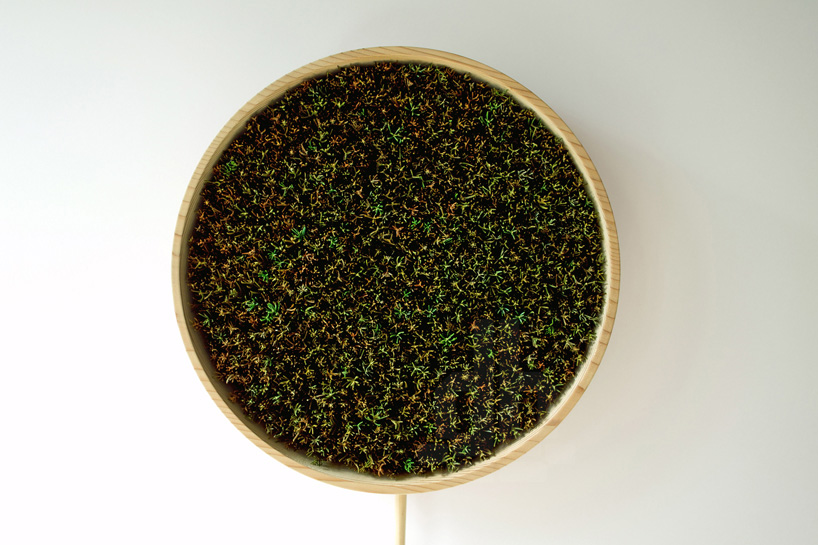 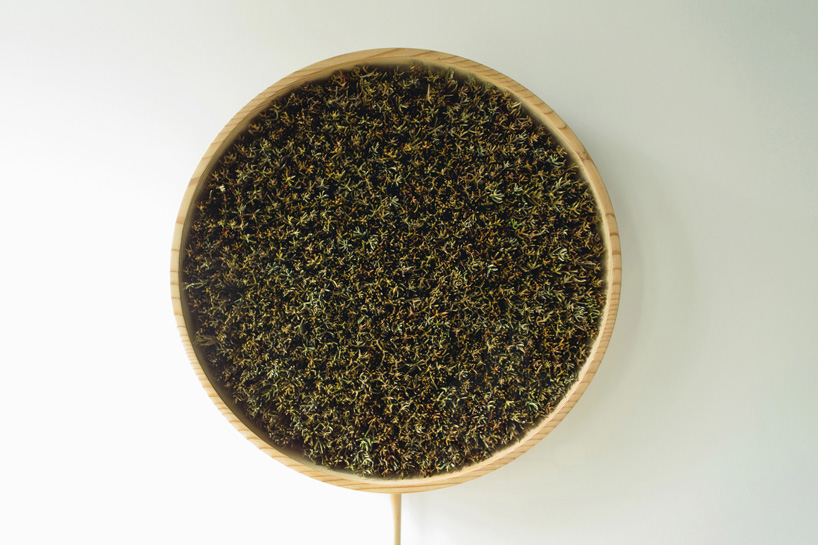 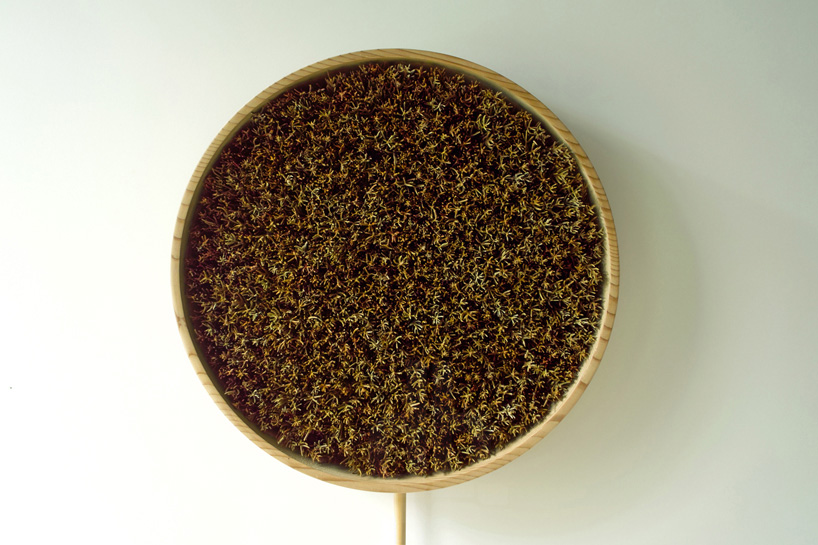 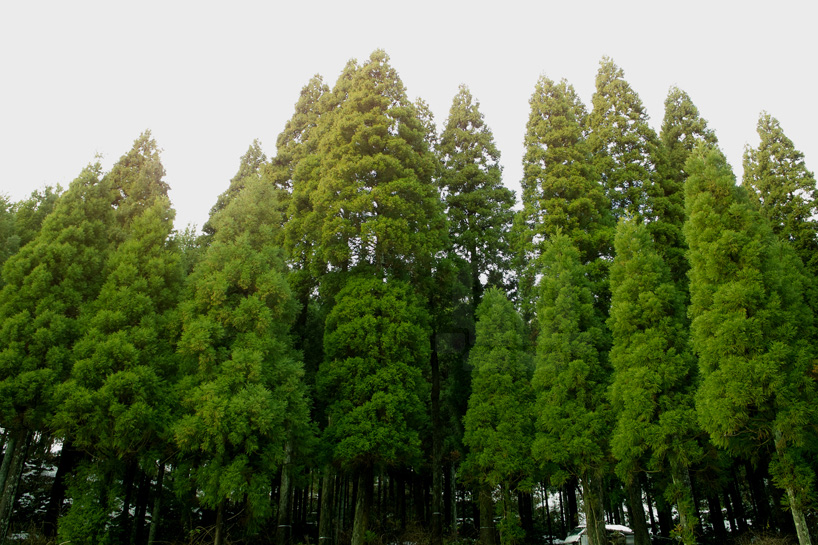 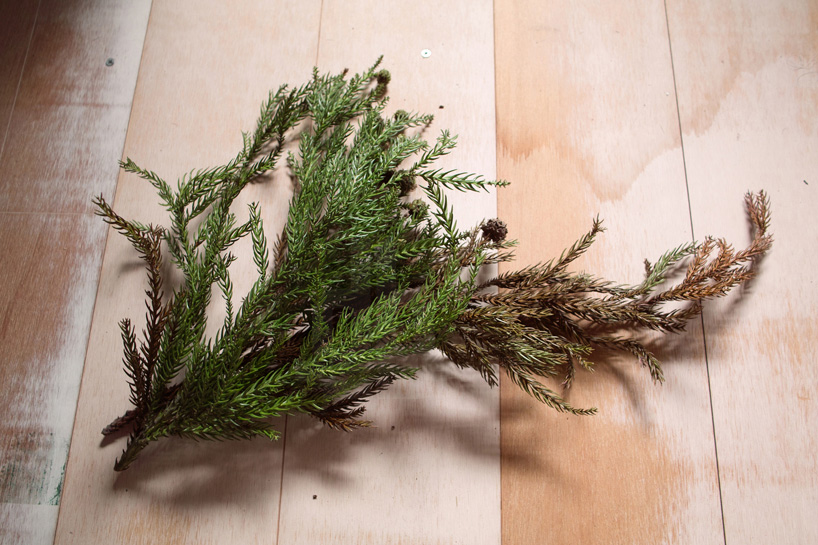 the ears of a japanese cedar tree