‘windowfarms‘ are vertical, hydroponic, modular, energy efficient, high-yield edible window gardens built using low-impact or recycled local materials such as plastic bottles. since its initial conception by american artists britta riley and rebecca bray through an artist residency at eyebeam center for art and technology, new york in 2009, the project has evolved with the collaborative efforts of other windowfarming end users through more than 12 subversions. its most recent addition is the urban agricultural kits v3.0. 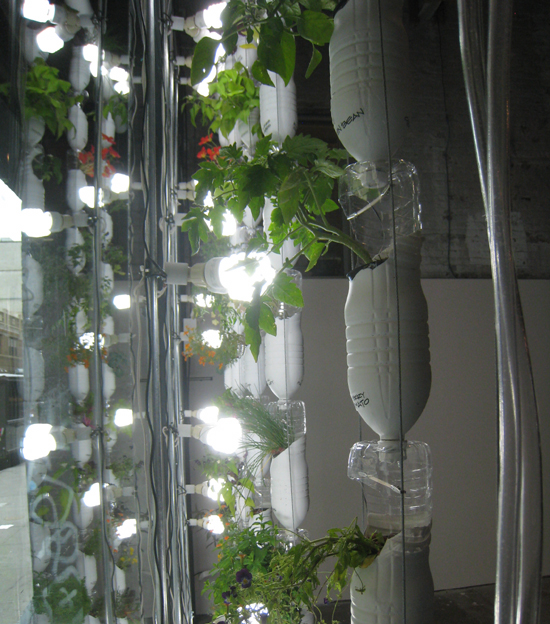 this farming system works by having water and nutrients drip from the top reservoir through the columns of plants. the added CFL bulbs supplement natural light. inverted water bottles, suspended with fishing line hold the plants growing in expanded clay pellets. a pump at the bottom reservoir turns on for a minute every 4 hours to push a couple of gallons of water to the top of the system. 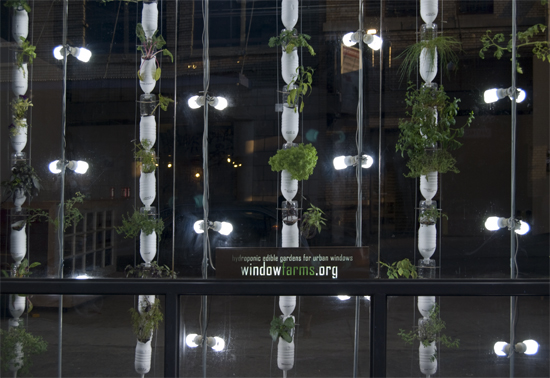 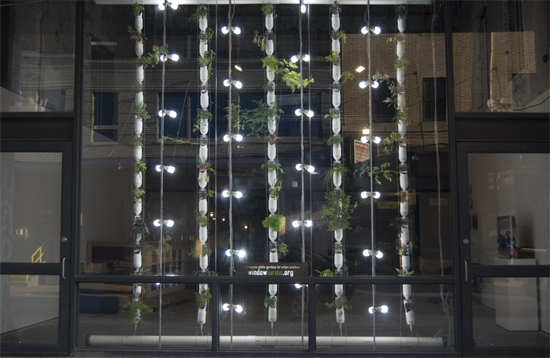 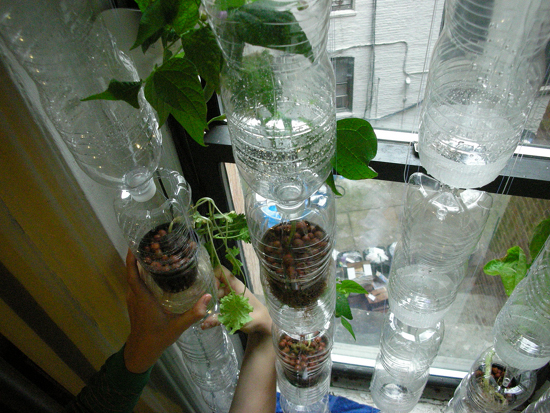 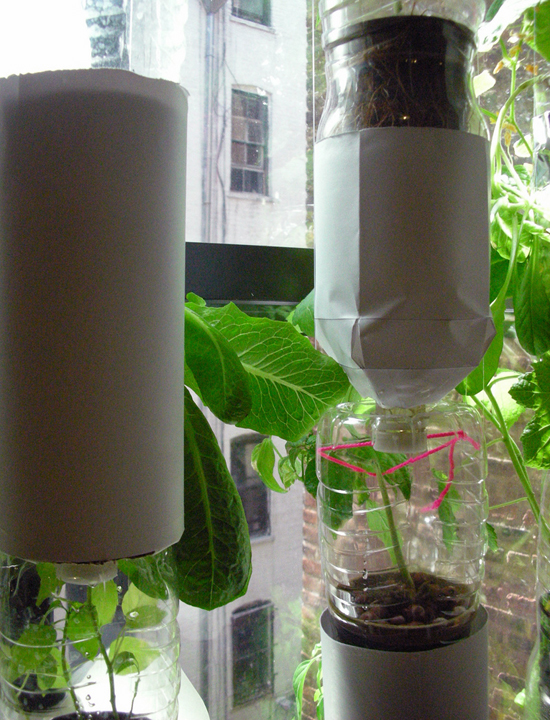 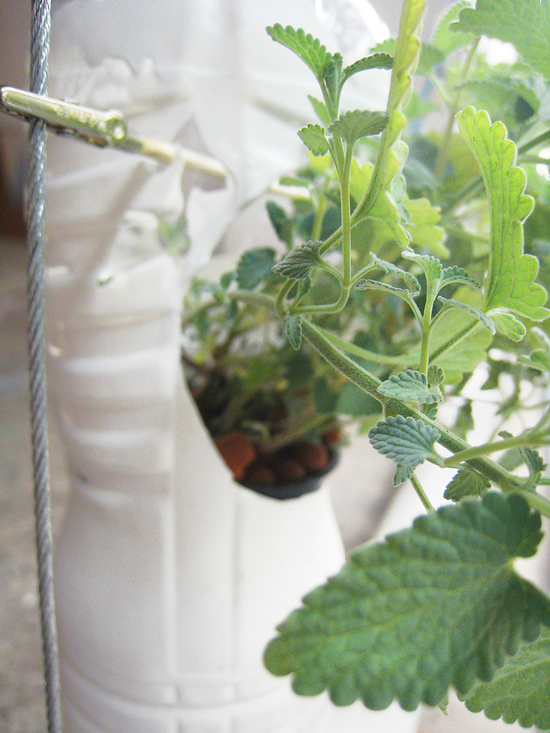 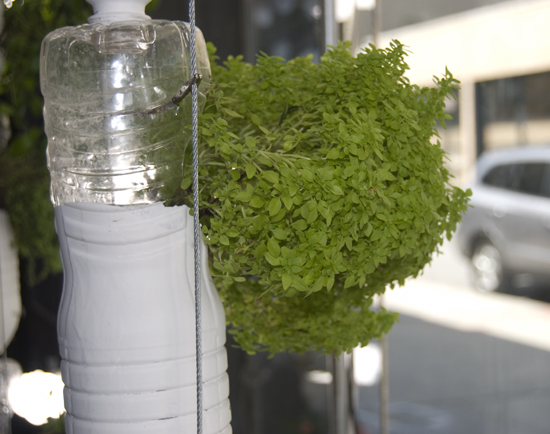 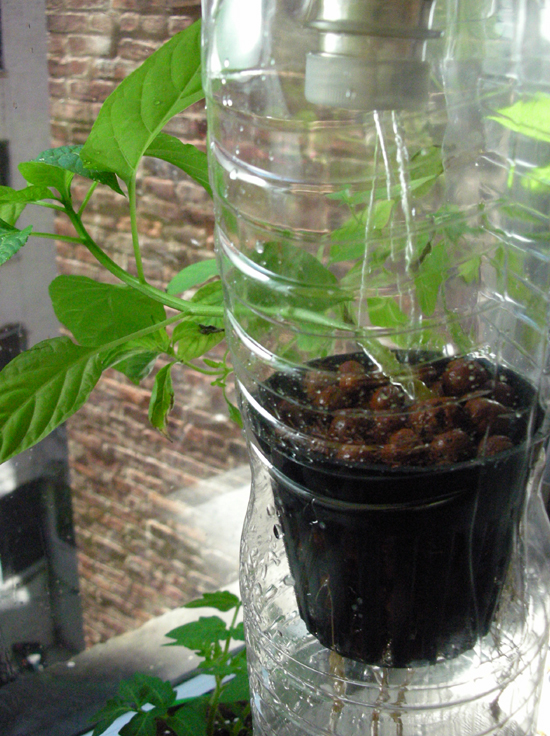 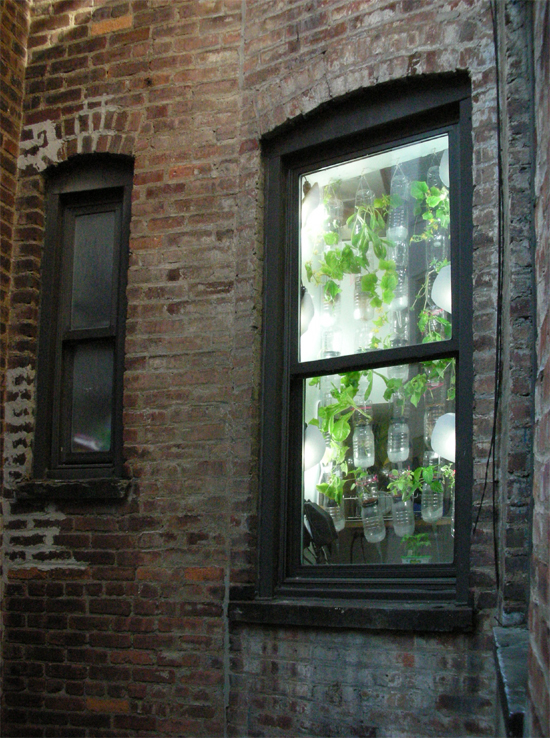 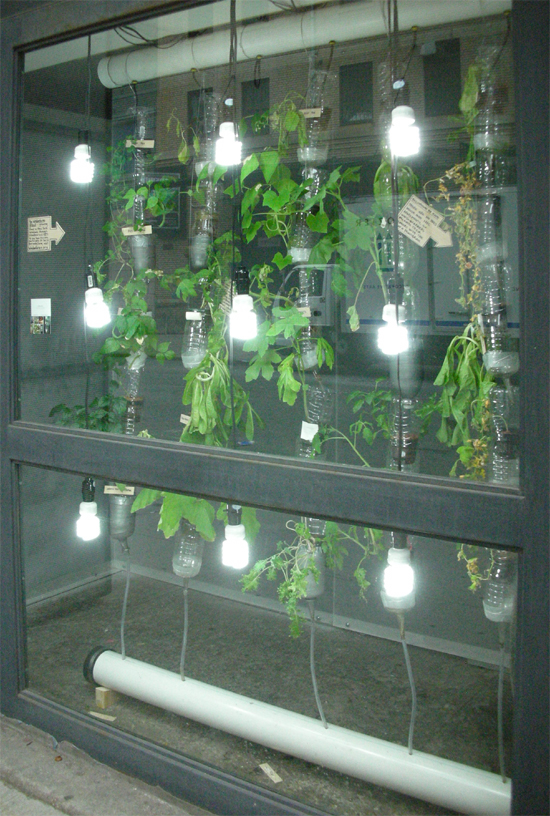 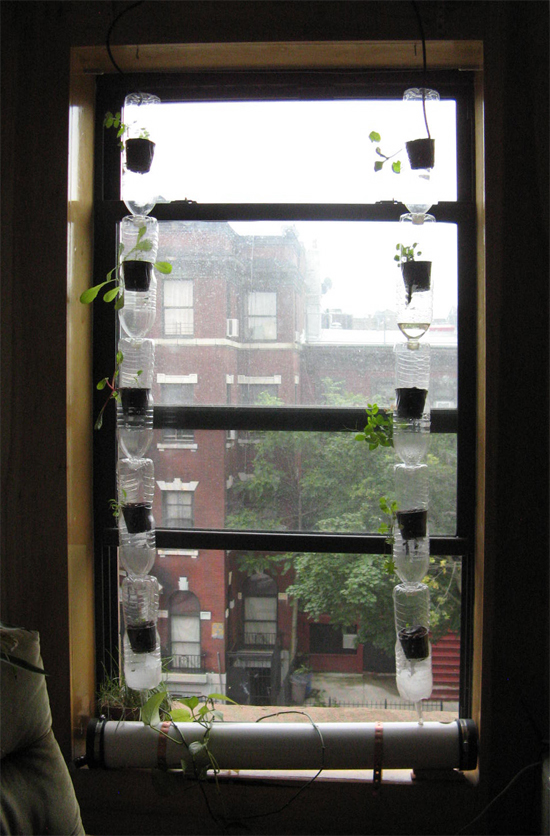 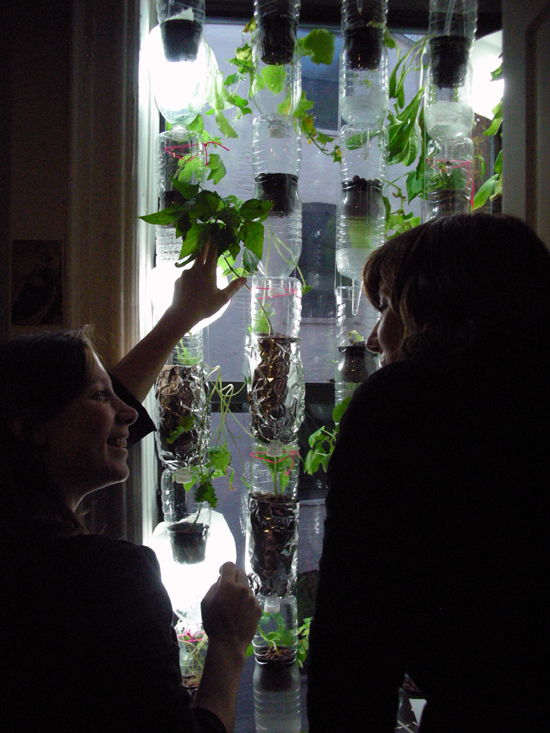 britta and rebecca with the first window farm, may 2009 photo © julia makarova. 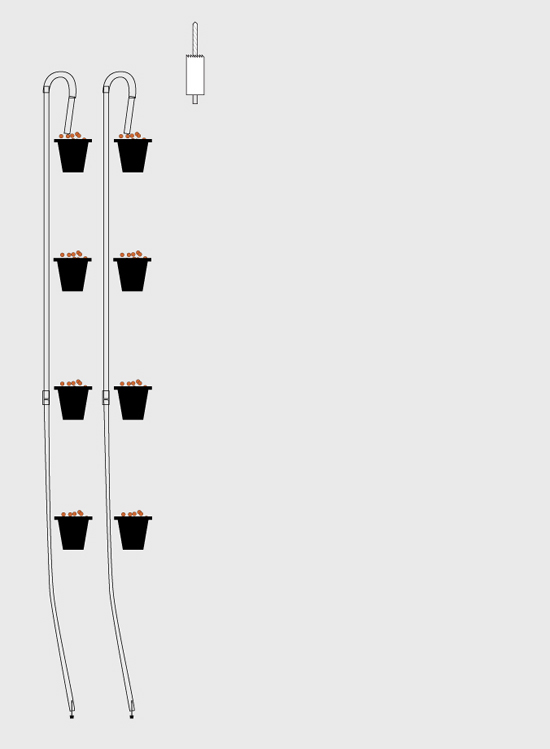 the urban agricultural kits, available through the windowfarms, come in different variations starting with the ‘core kit’, ‘classic kit’ for 2 columns and finally the ‘classic kit’ for a more elaborate 4 column garden. 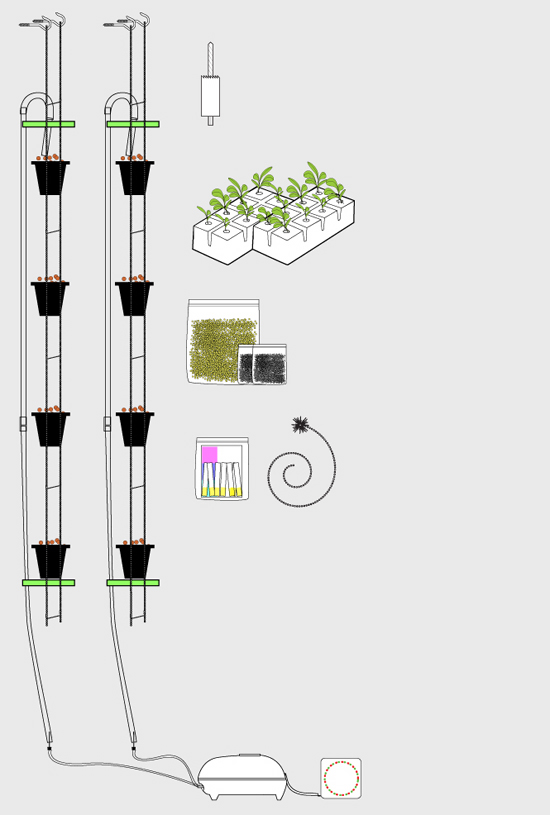 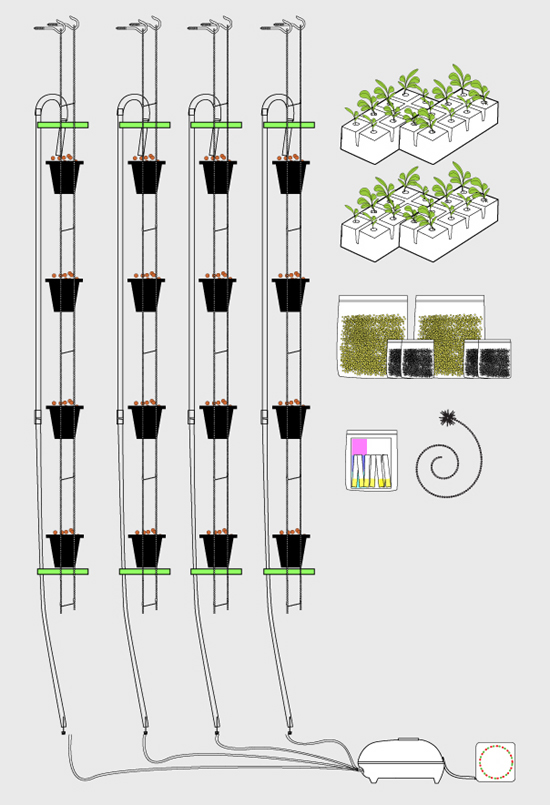