brompton bicycles ltd. had a presence at this year’s london design festival with a number of collaborative projects with JAM. inside 100% design, there was the brompton live assembly interactive stand which was a participatory display of the bicycle assembly process. this signposted the way to ‘the bike feature’, an exhibition of creativity emerging from the world of bike design and bike culture. there was also the brompton bike tours in which visitors could sign-up for a two-hour tour of various art and design installations around the brompton quarter and V&A. 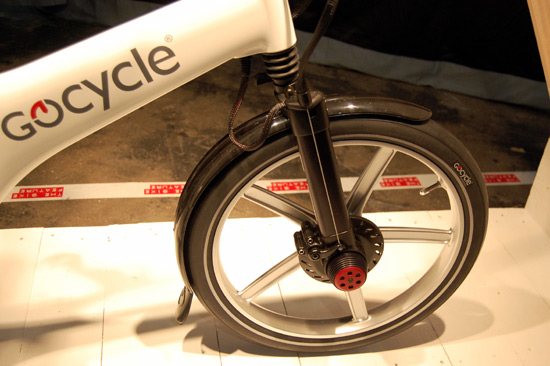 gocycle® is a lightweight electric two-wheeler that combines on-demand power with space-efficient storage. features include: the empower pack TM which is a lightweight, micro-sized motor, the pitstopwheel® – a front/rear interchangeable and side-mounted wheel for easy tyre change, cleandrive® – a patented three-speed, enclosed maintenance-free chain drive and magflow®-thixomoulding® technology which delivers the same performance, look and feel of a carbon fibre bike, but at a lower cost. it is the world’s lightest electric bicycle weighing 16.2 kg and is the first bicycle in history to use a magnesium injection-moulded frame and wheels. 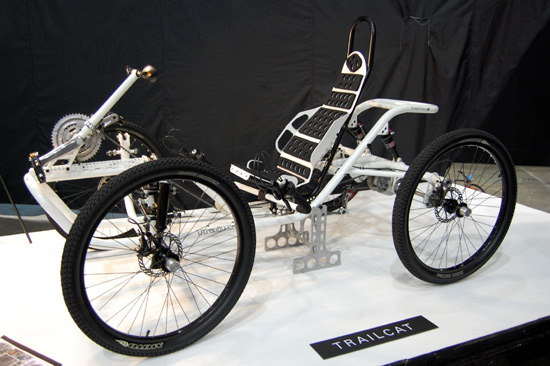 trailcat is an all-terrain cycle by david massey which has been created as a more inclusive alternative to two-wheeled cycling through forests and woodlands. as a continuation of a pervious project to develop a cycle for young adults with cerebral palsy, the trailcat, for a number of reasons, is aimed at those who find the traditional bicycle layout problematic. it’s design is based on the stable four wheel platform. 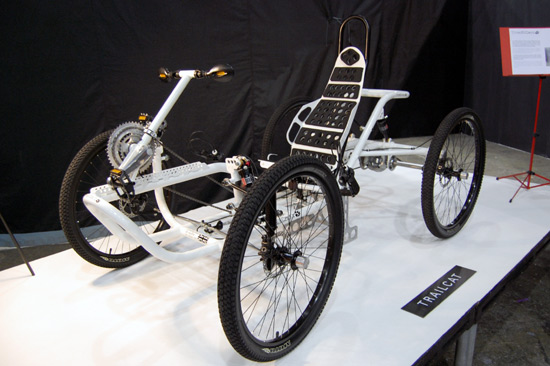 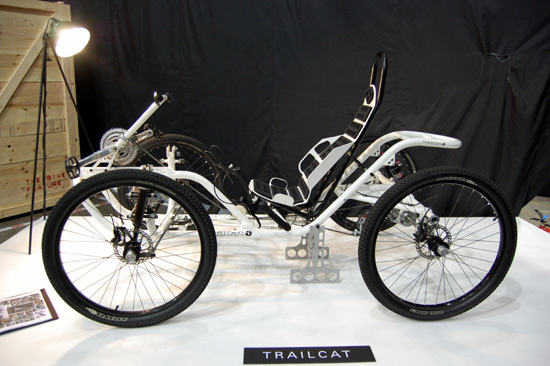 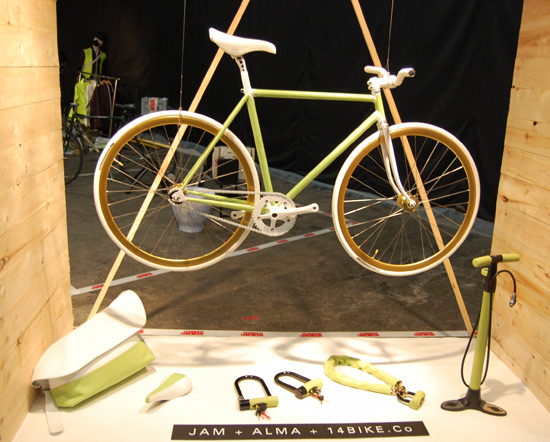 JAM is currently developing a range of leather goods for cyclists under the brand name JALMA. a collaborative project with alma and 14 bike co., they have created a one-off hand finished leather bike. the concept uses a snake skin in a luminous green. 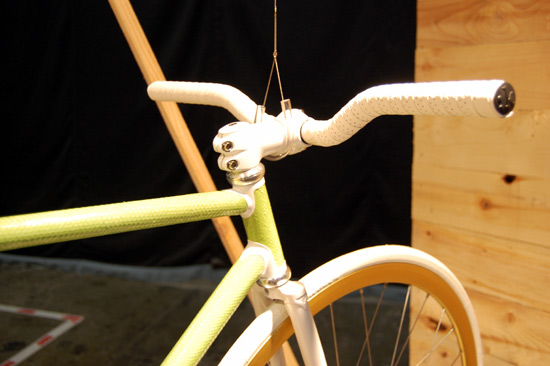 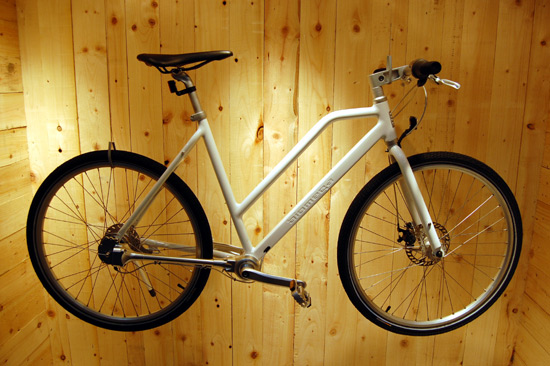 another bike feature project was this female version of the copenhagen bike by biomega. its form has a softened minimalism of the classic copenhagen and embraces a feminine yet aggressive form. the design of the copenhagen lady is meant to enable women to enjoy the functionality of a shaft driven bicycle. 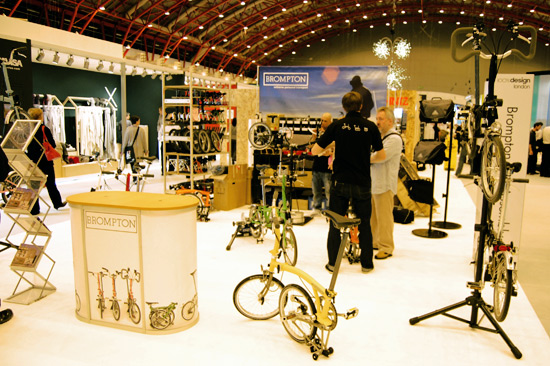 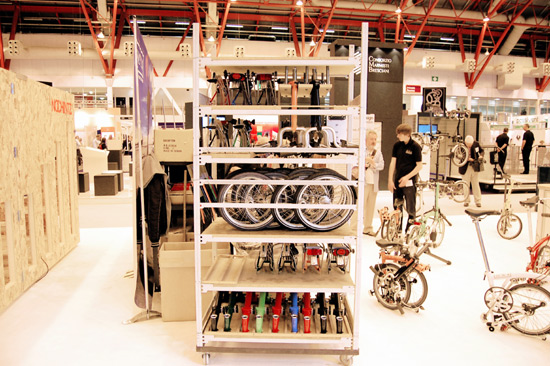 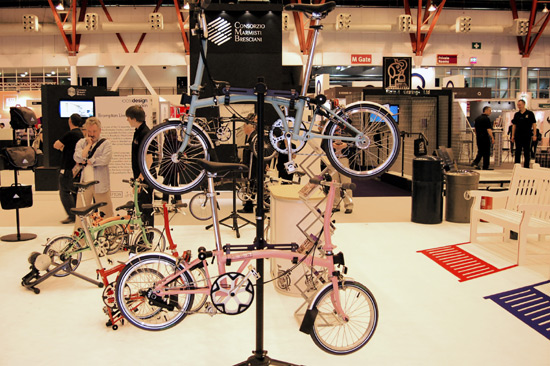 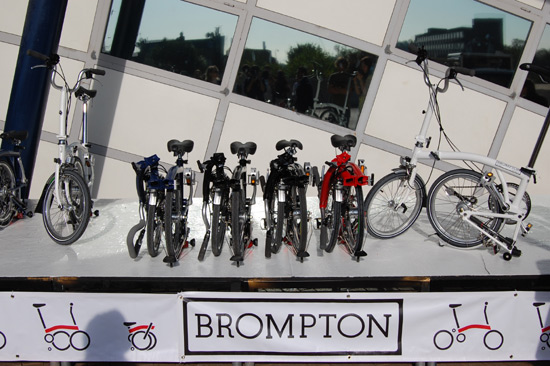 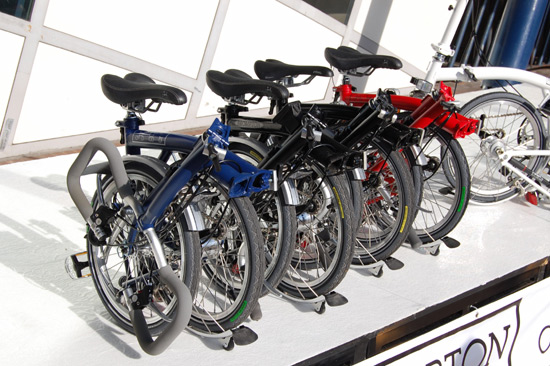 brompton bicycles ltd. provided blue, red and white bikes for the tour to go along with the theme of ‘britishness’ image © designboom 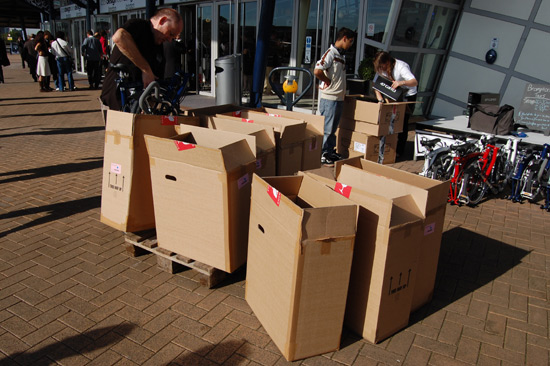 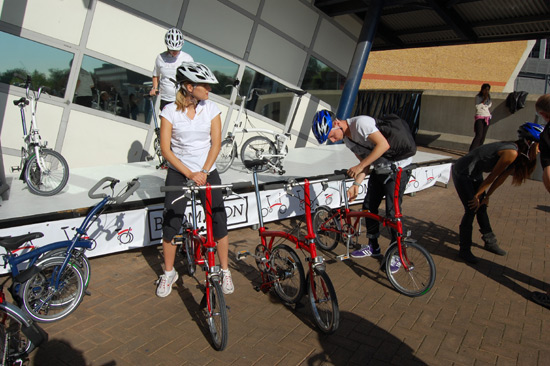 getting ready for the bike tour image © designboom 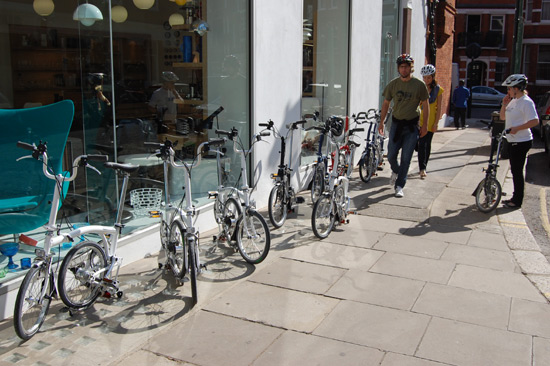 parked outside scandium design store, one of the stops along the bike tour image © designboom 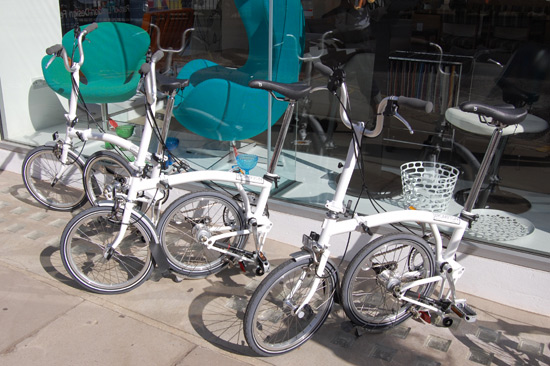 during london design festival, designboom sat down with 100% design’s creative director jamie anley to talk about the collaboration with brompton bicycles ltd.