american manufacturer of handcrafted chairs emeco has collaborated with french designer philippe starck to develop ‘broom chair’ on show during the salone del mobile 2012. the design introduces an entirely new material composite, combining reclaimed polypropylene and discarded wood fiber to create a compound that has a three-fold environmental impact. less energy, less waste and less carbon – preserving natural resources and reducing greenhouse-gas emissions. revisiting a sketch that starck had made in 2001, for a mixed-material chair, the reclaimed matter can eventually be recycled and 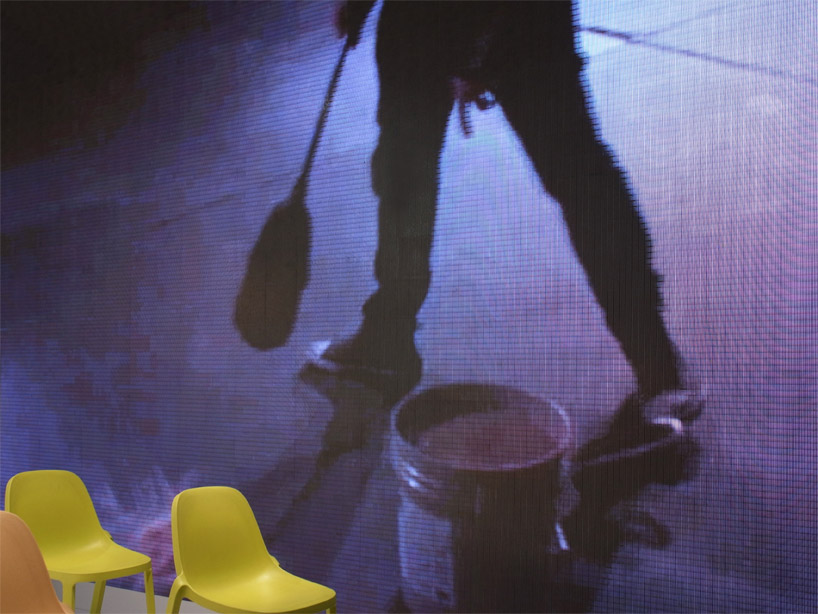 the name behind starck‘s design, exhibited at the salon de mobile, is derived from the ability of the product’s material to literally be swept from the workshop floor and be transformed into a new form. since the 1940s emeco has used salvaged items in their manufacturing. the ‘broom chair’ is a piece of that evolution. by producing up-cycled chairs and stools made of reprocessed aluminum, post consumer rPET or reclaimed EPP, the company continues to lead the way in delivering restrained pieces with a minimal impact on the environment. 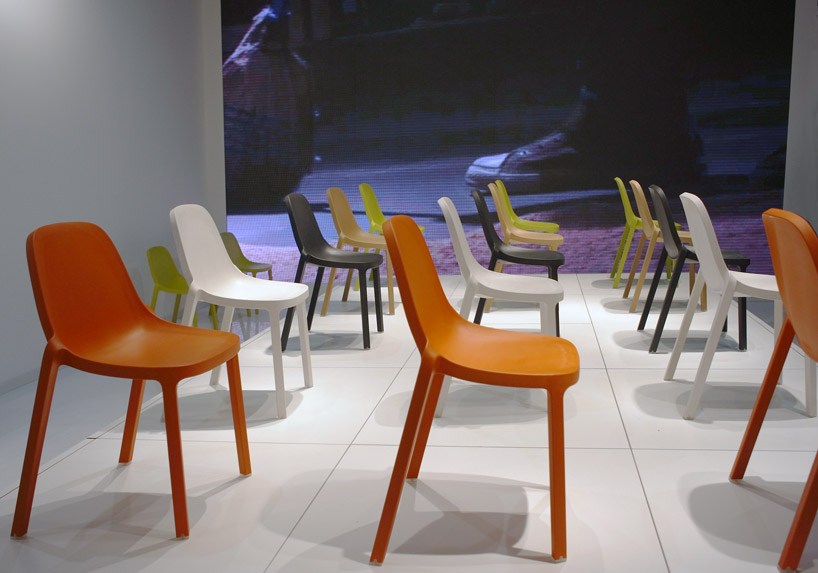 philippe and I have always agreed that it’s not about recycling, but about restructuring production. our aim is to prevent waste from being  manufactured in the first place, using discarded materials to make things that last.’ – gregg buchbinder, CEO of emeco 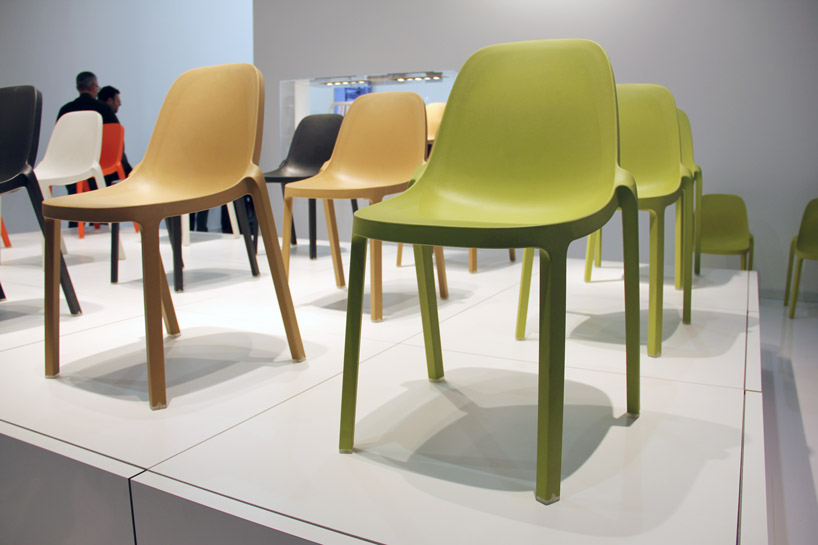 ‘the elegance of the minimum comes from the intelligence of the nothing,’ says philippe starck. ‘mies van der rohe said ‘less is more’ but with the broom chair we can say ‘less and more.’ because we choose to make less – less ‘style’, less ‘design’, less material, less energy – finally we have more.’ 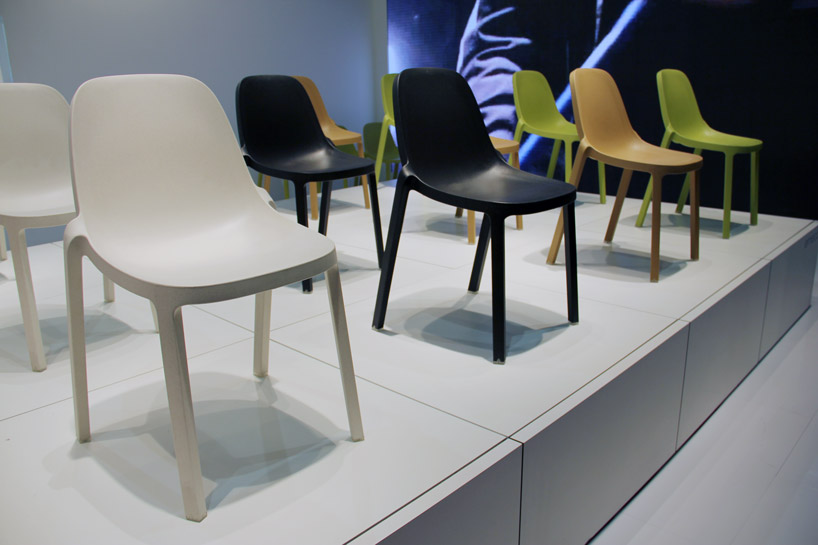 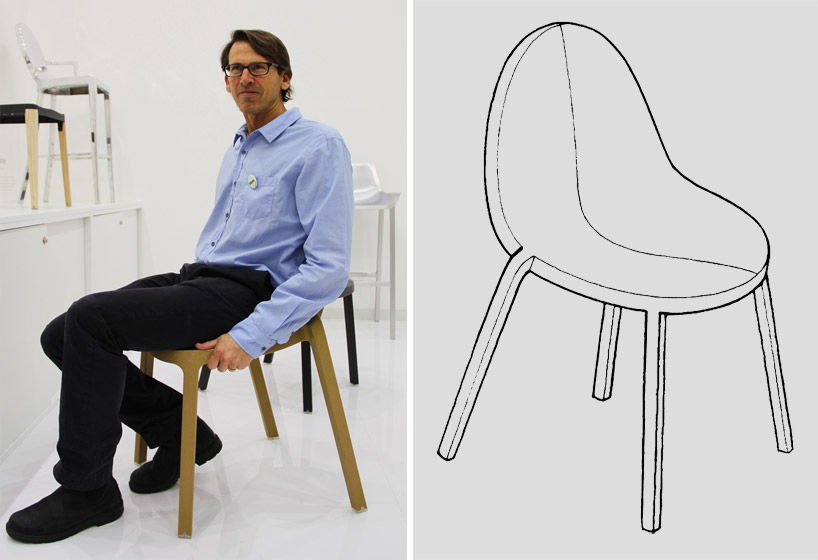 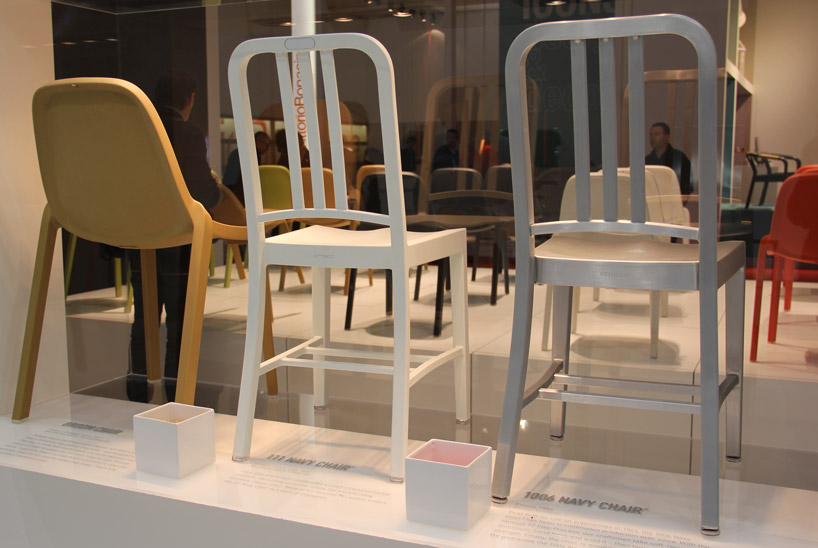 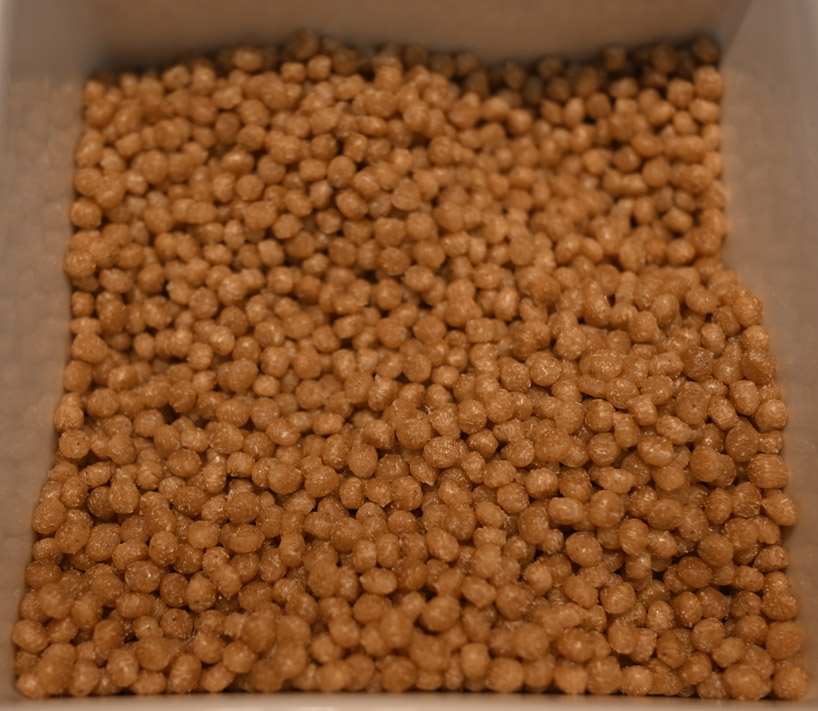 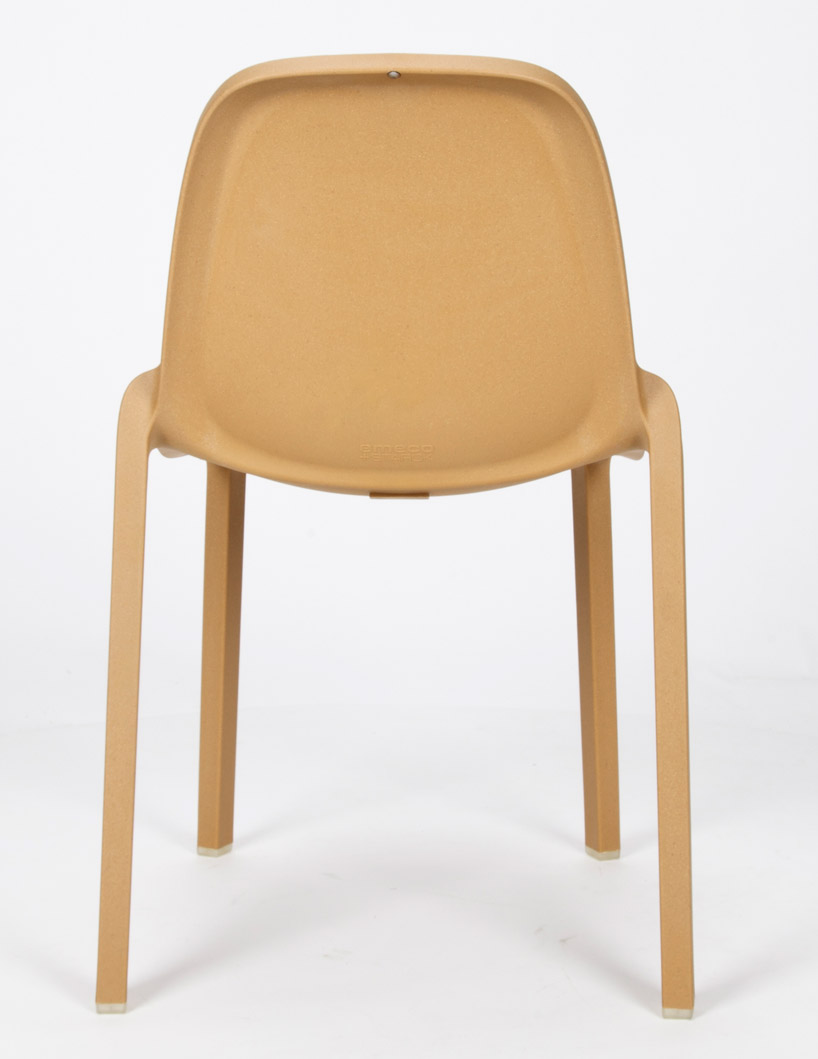 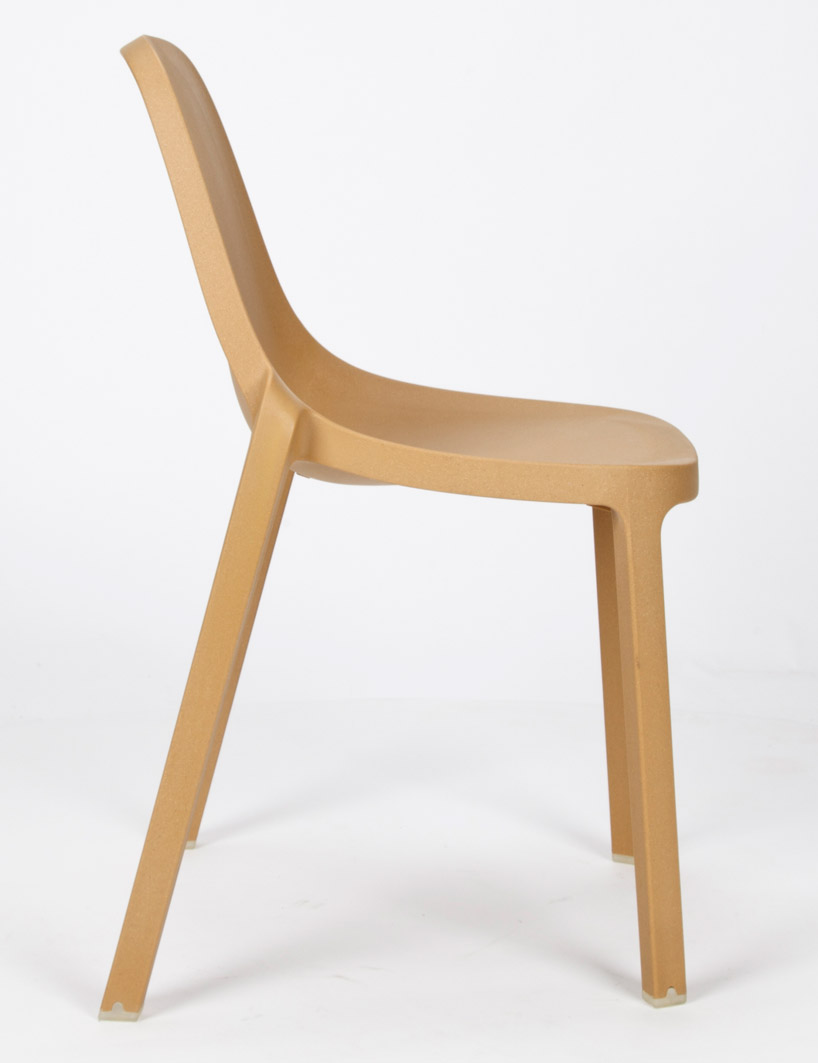 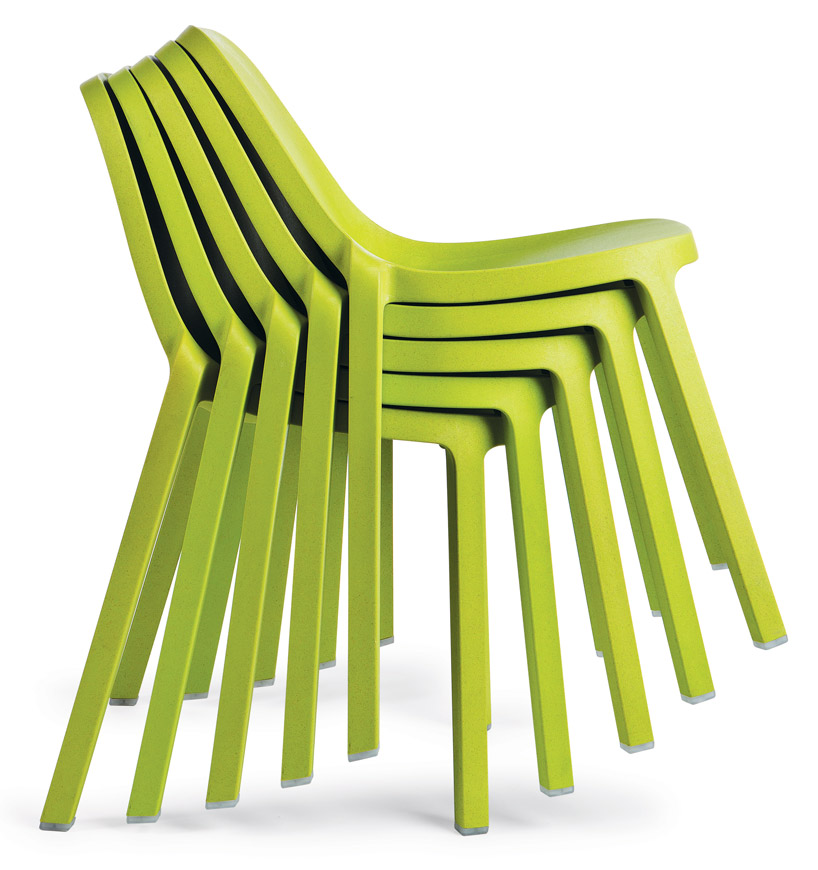 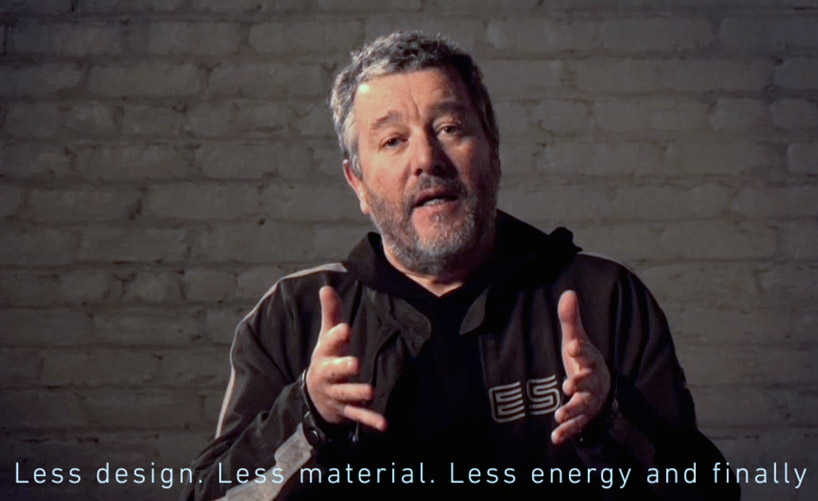 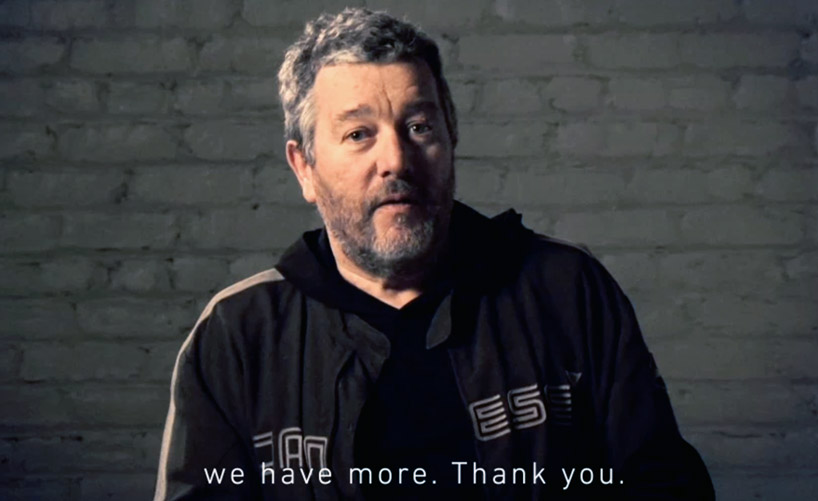 … and we have more. thank you video © emeco