madrid and munich-based creative studio brut deluxe has adorned the urban landscape of berlin this holiday season with three light installations on kurfürstendamm, one of the most famous avenues in the city. the first is a huge luminescent dome with a 7.5 meter diameter at joachimstaler platz, towering above passersby and enveloping them in an umbrella like expanse; the second comprises five, three-dimensional glowing cubes at the crossing of uhlandstrasse, hovering above like giant wrapped presents; and the third is an artificial landscape build of 50 light shrubs, at the intersection of knesebeckstrasse. what all three designs have in common is their atmospheric effect: rather than typical decorations that represent christmas through objects or symbols, each creates a space for shoppers and pedestrians that can be entered and experienced. the created environments set in the city become a place of retreat, surrounding the spectator in an immersive maze of interwoven illumination. 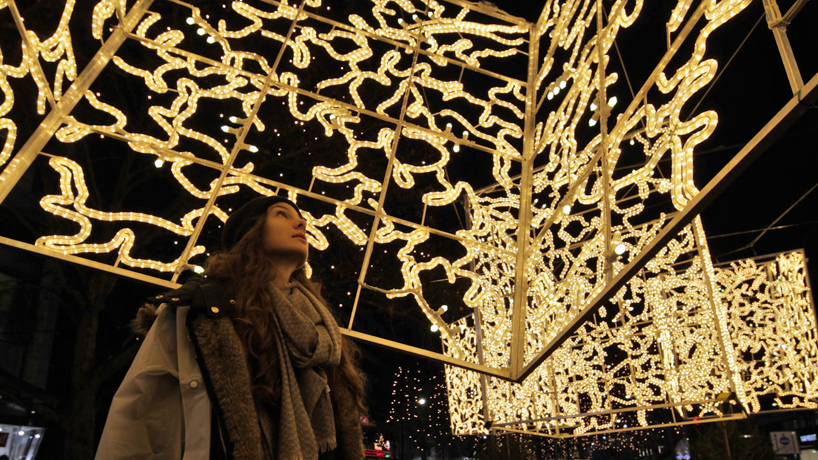 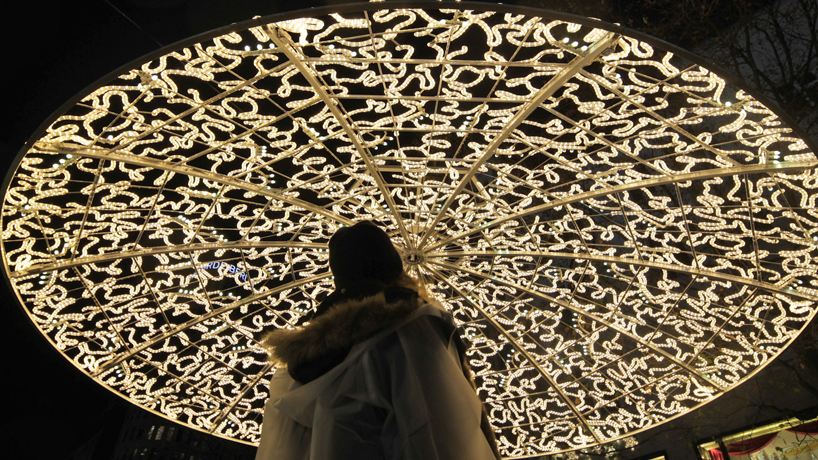 an umbrella-like dome suspended above the street 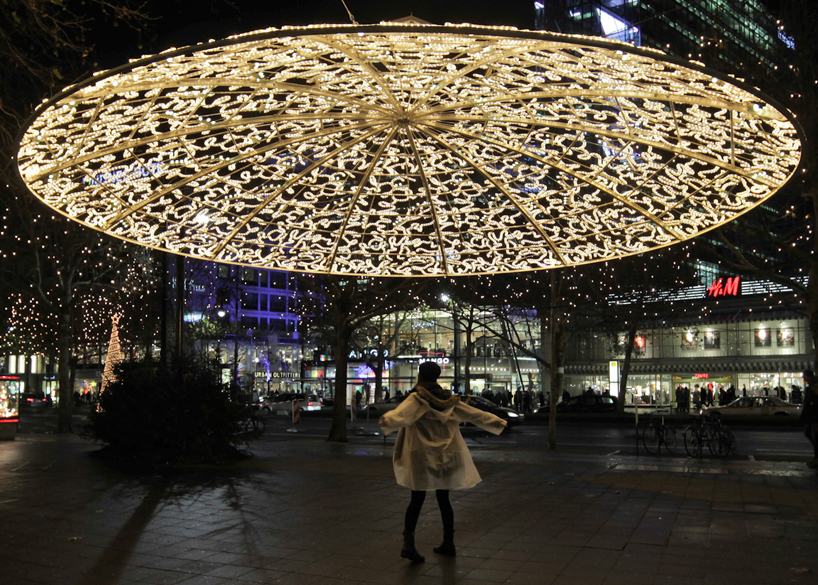 the illuminated dome is 7.5 meters in diameter 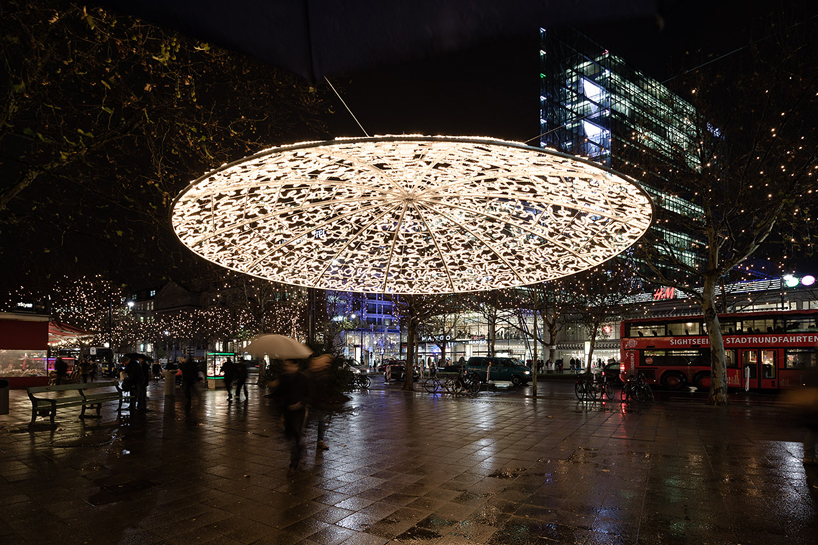 hanging over the city street 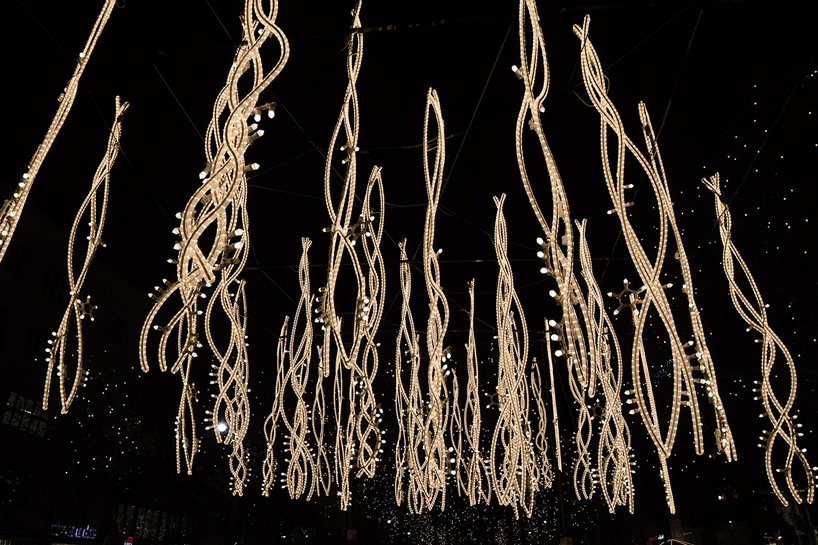 an immersive maze of lights 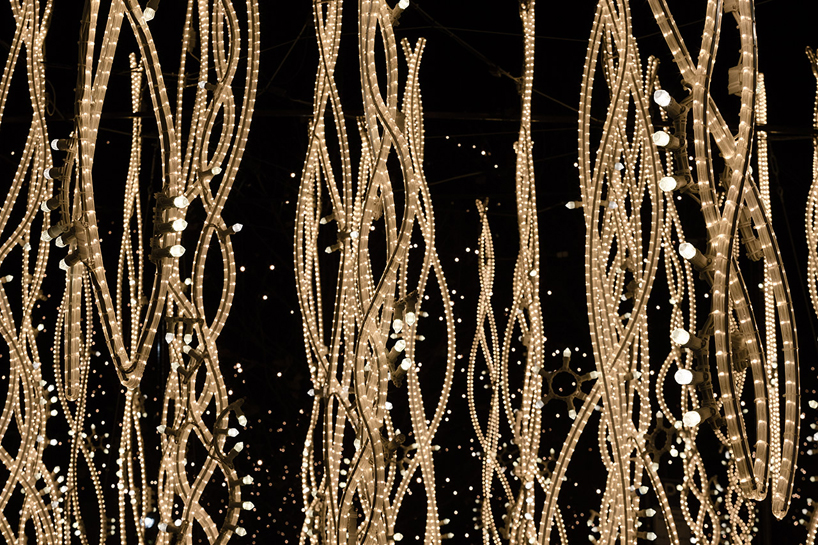 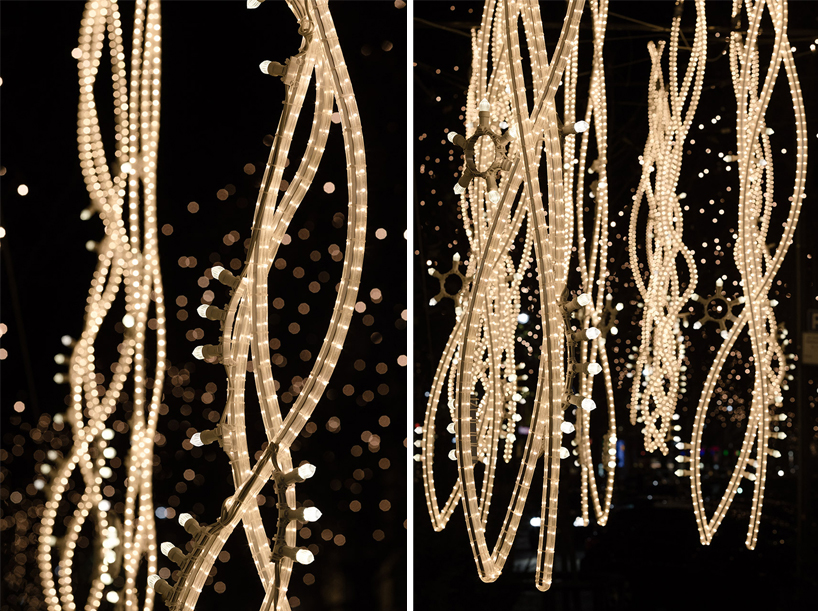 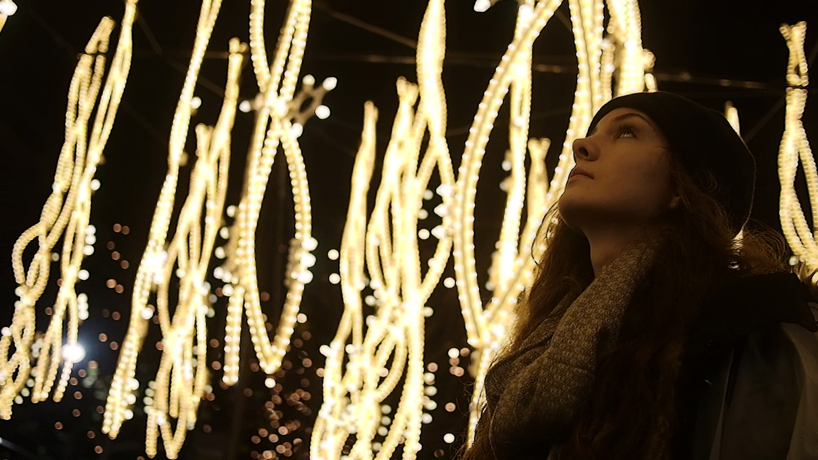 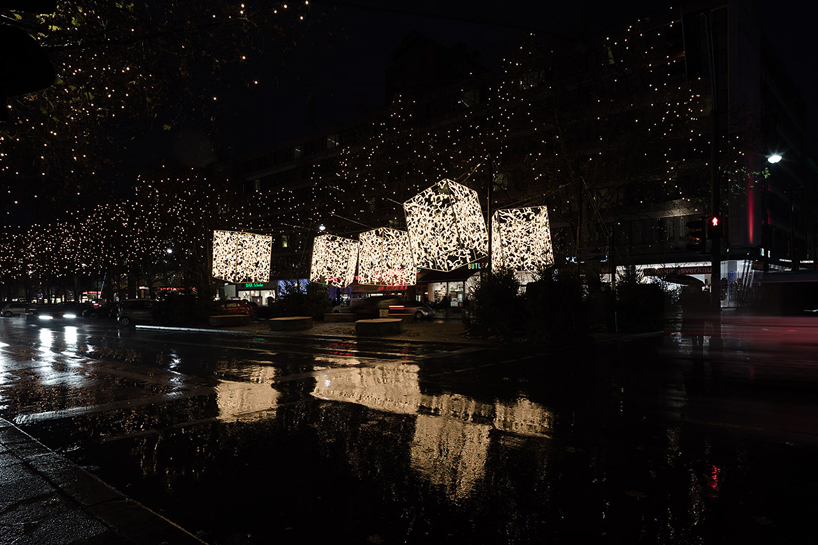 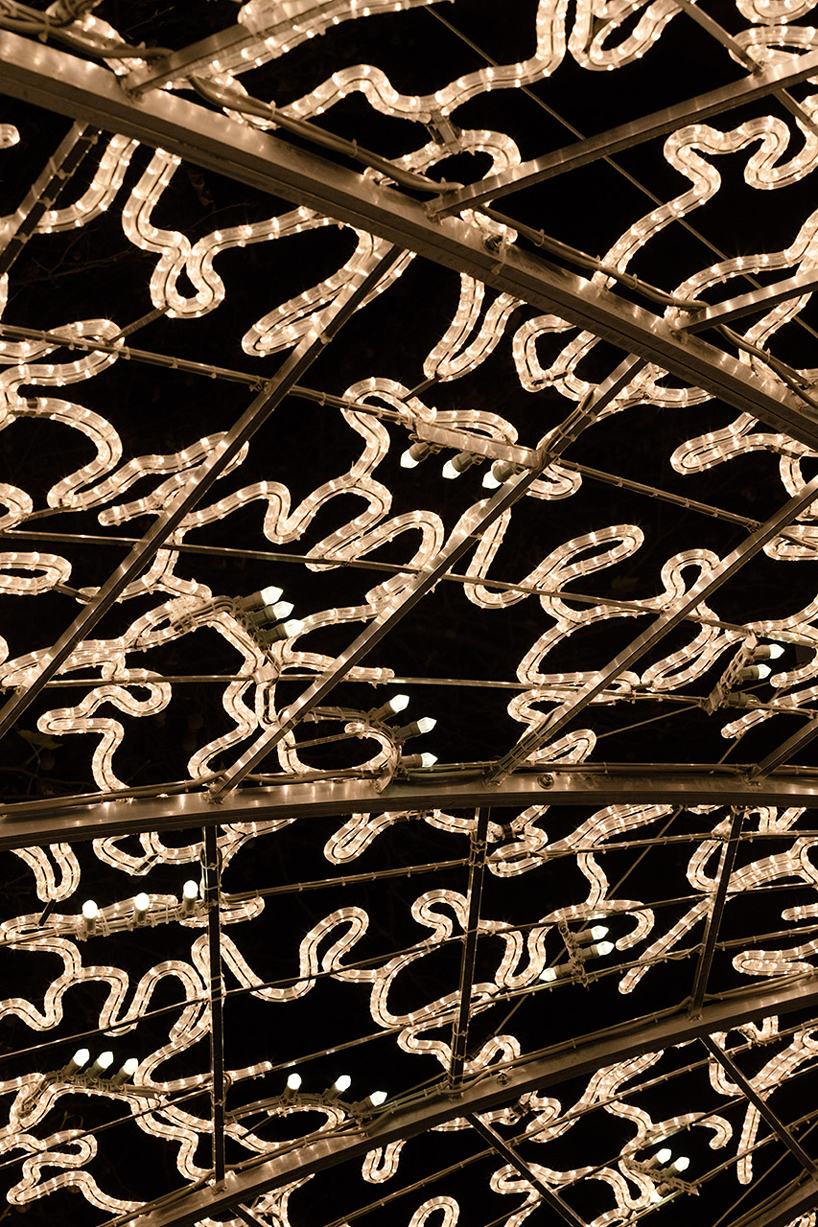 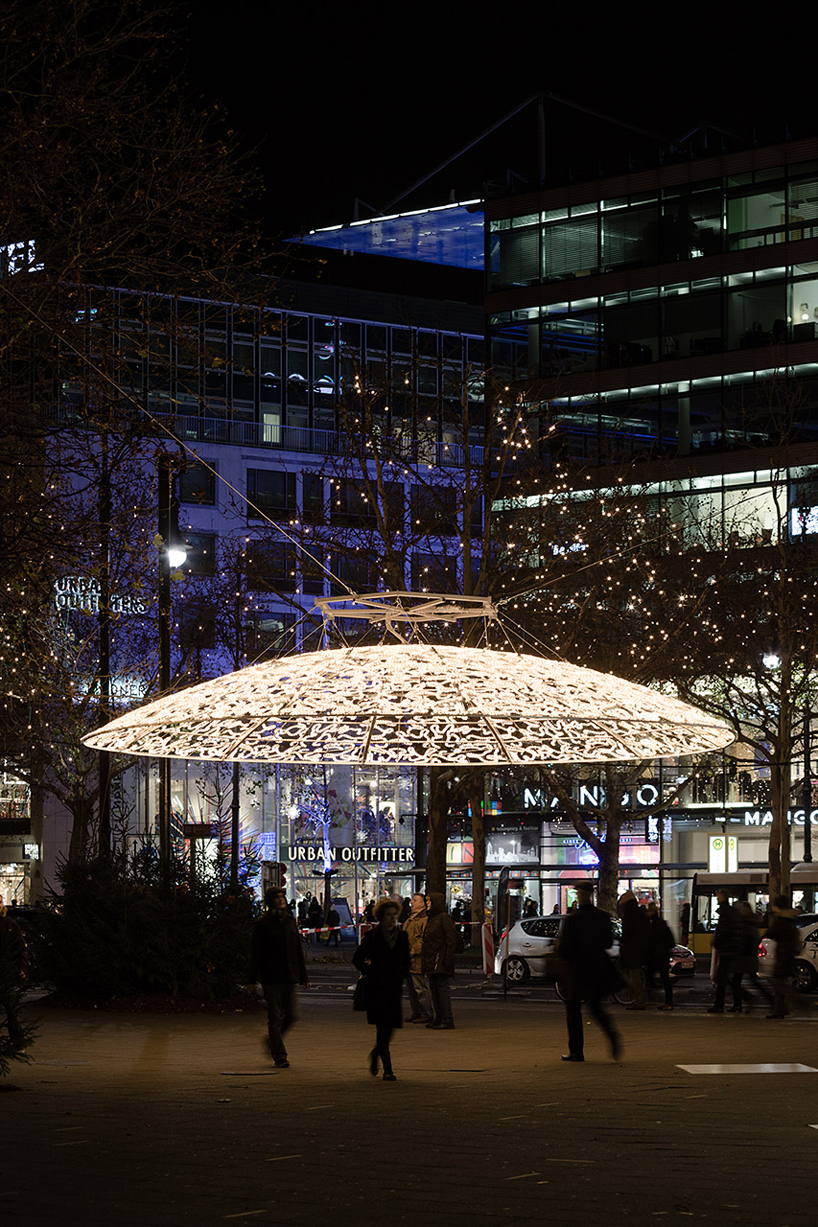 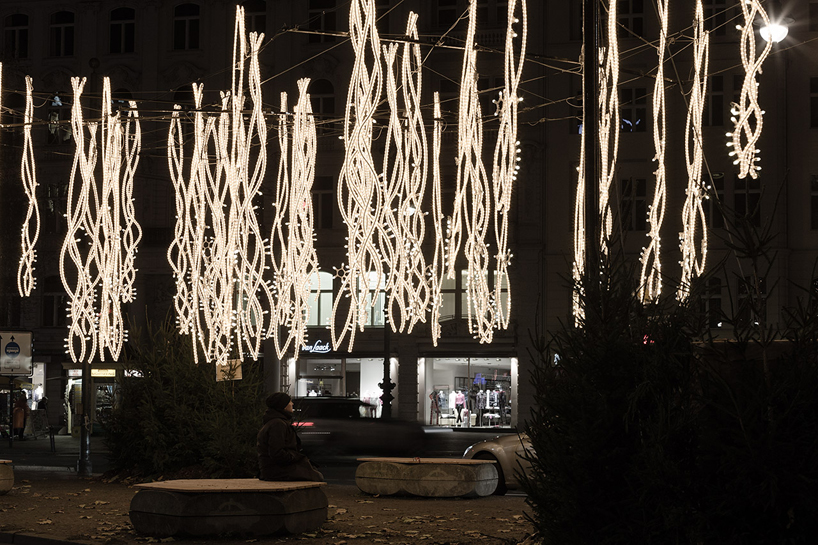 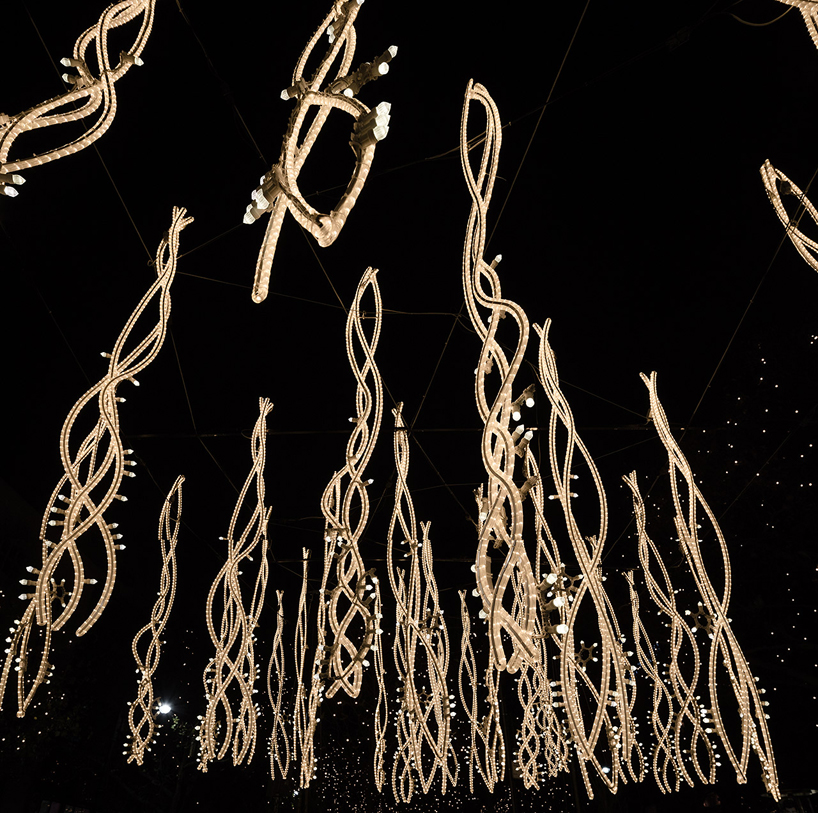 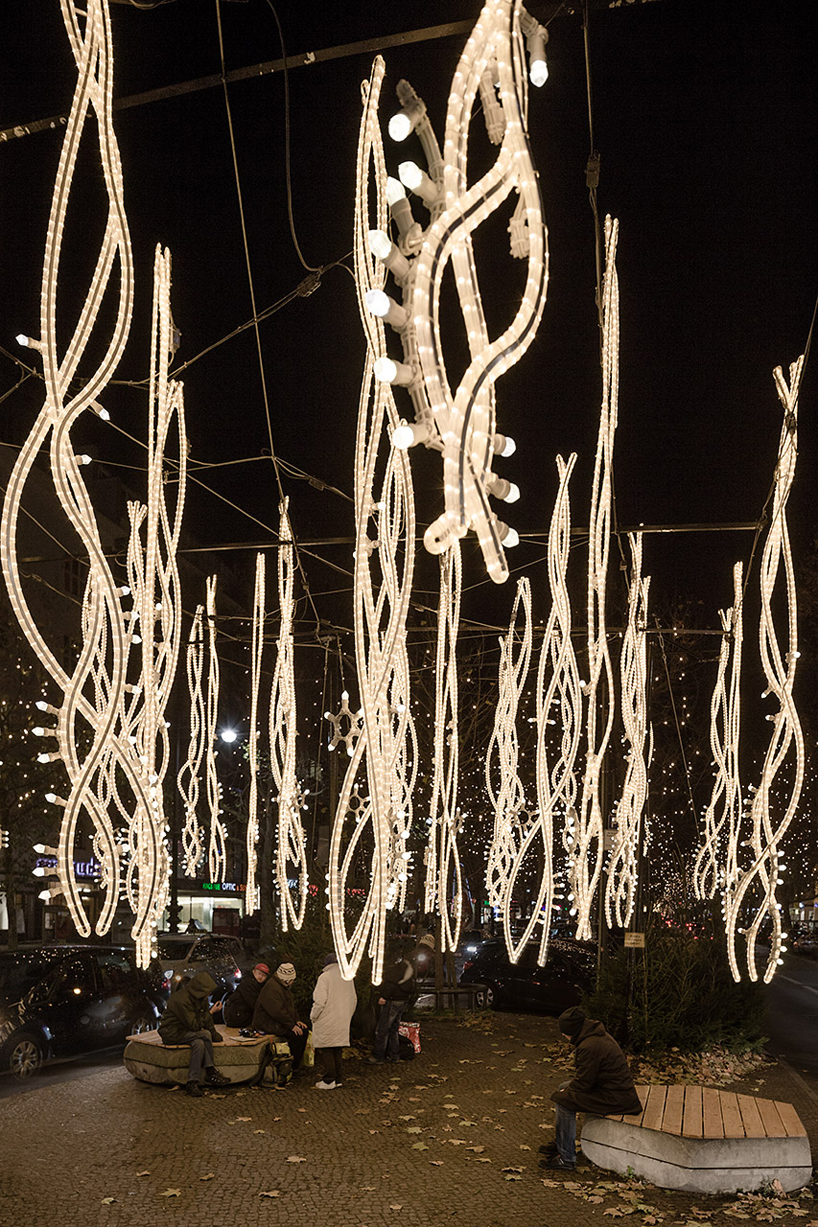 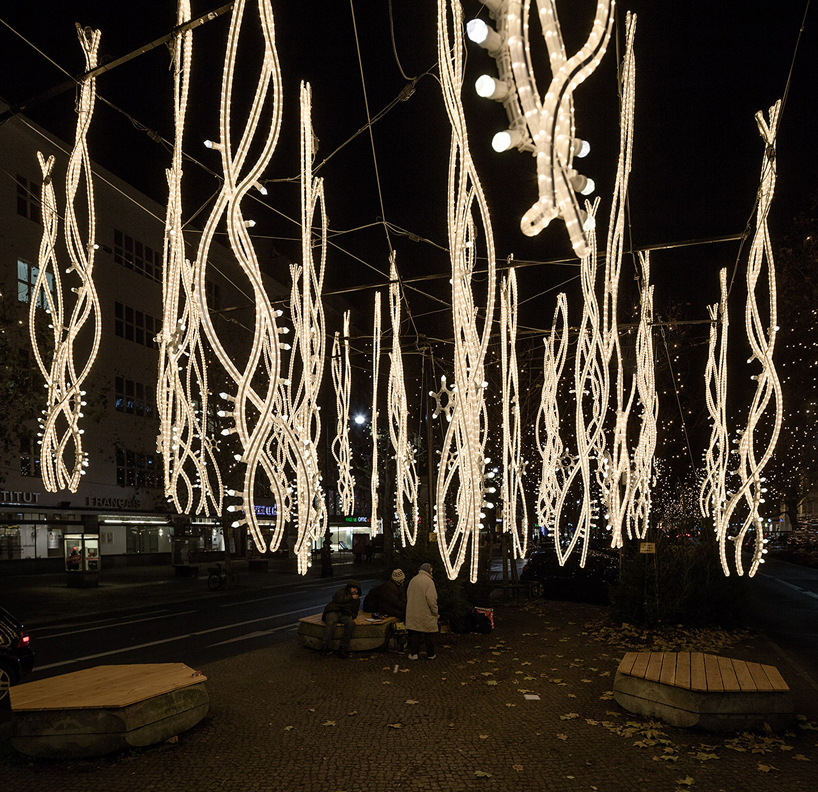 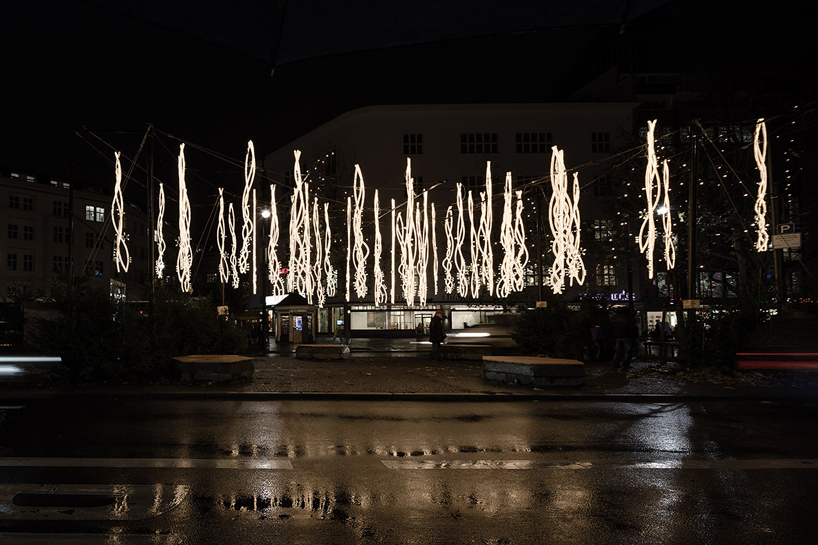 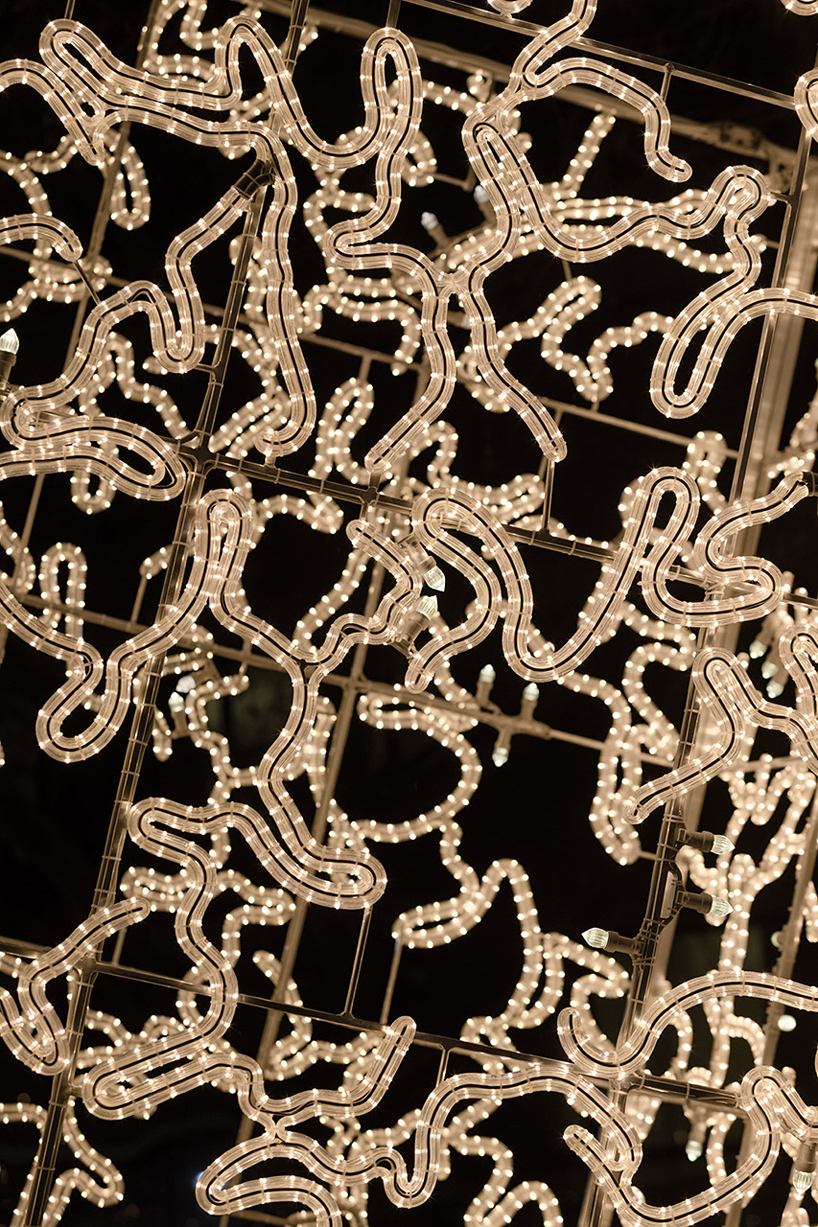 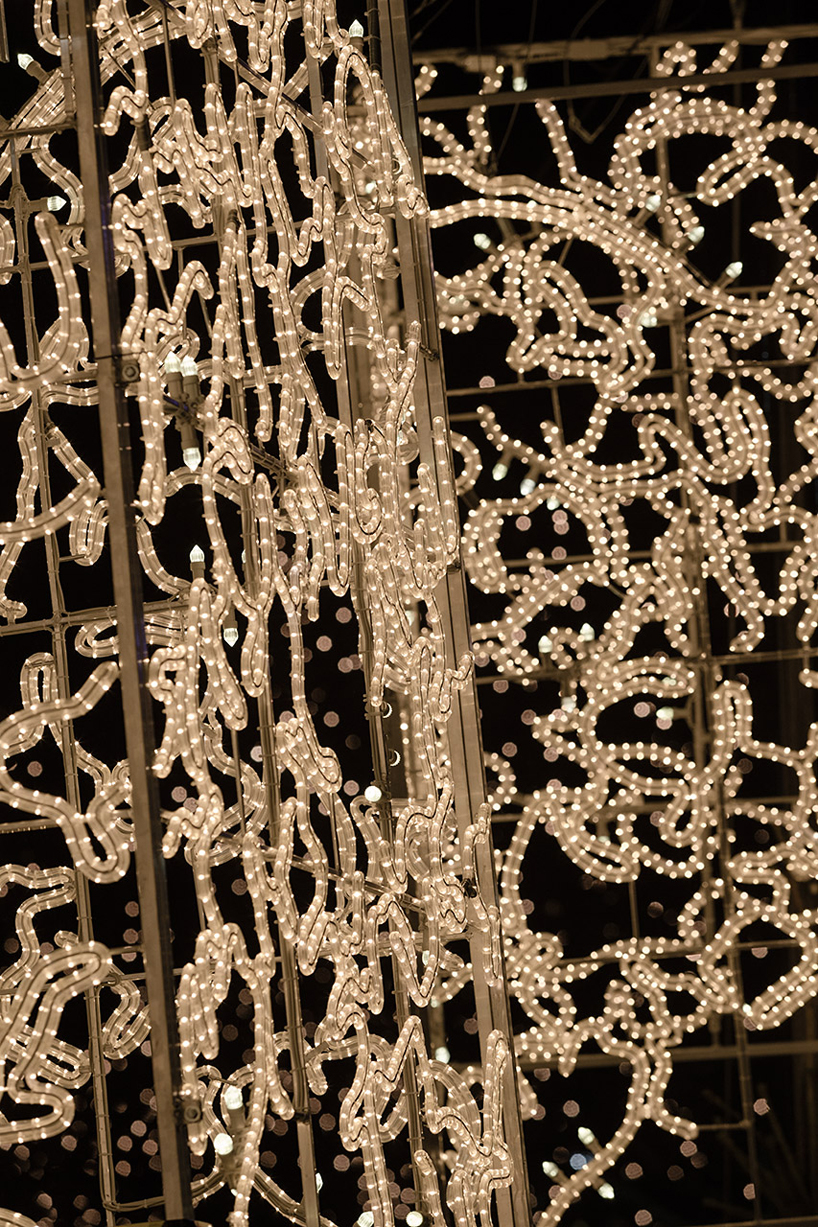 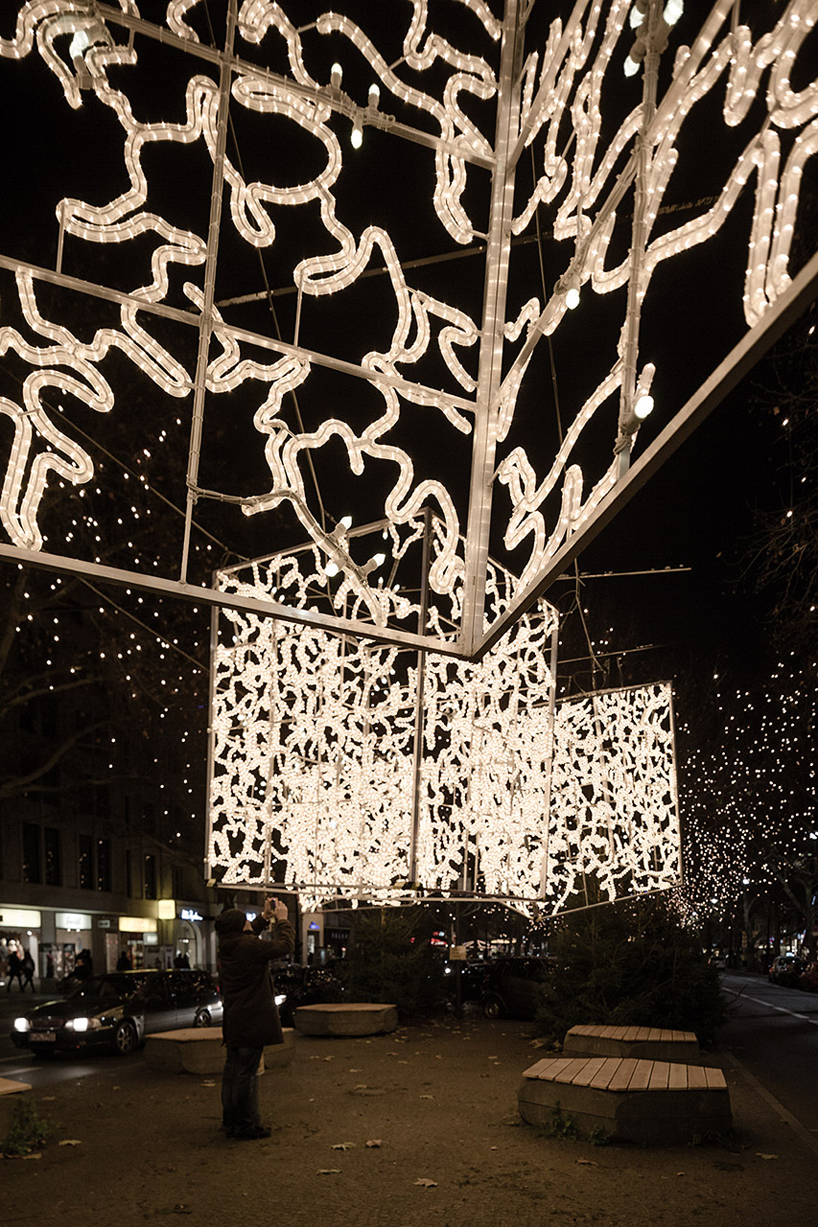 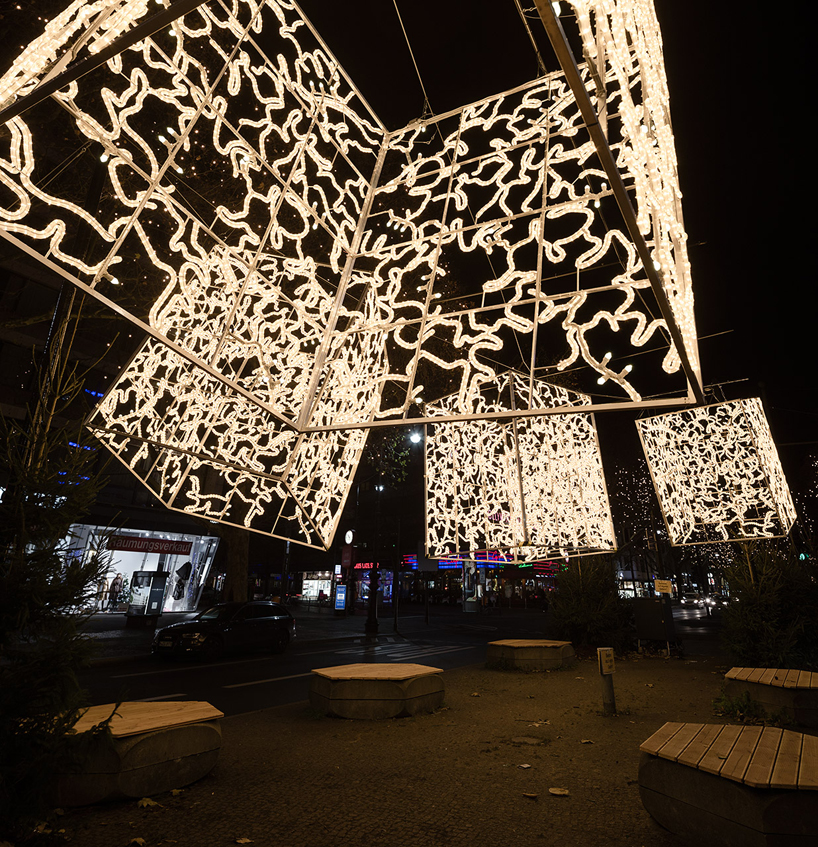 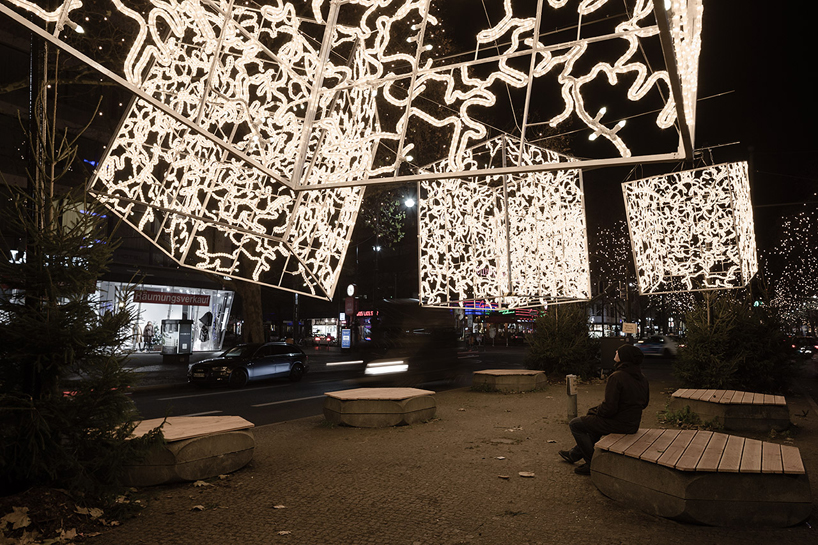 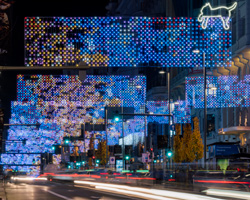 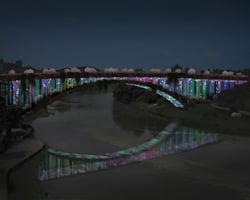 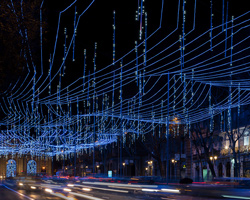 Jan 20, 2018
this luminous installation by brut deluxe zigzags above a madrid street 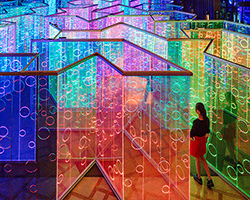