richard buckminster fuller (1895-1983) was one of the most influential thinkers of the 20th century and his legacy is increasingly relevant in our age of diminishing resources and technological development. in the 1920s he was already envisioning housing, transportation, mapping, engineering, and construction systems that anticipated what we are living today. and although he’s mostly known for the iconic geodesic dome, it was his ability to think across disciplines like science, engineering, architecture, design and art what really led him to achieve important and lasting contributions. 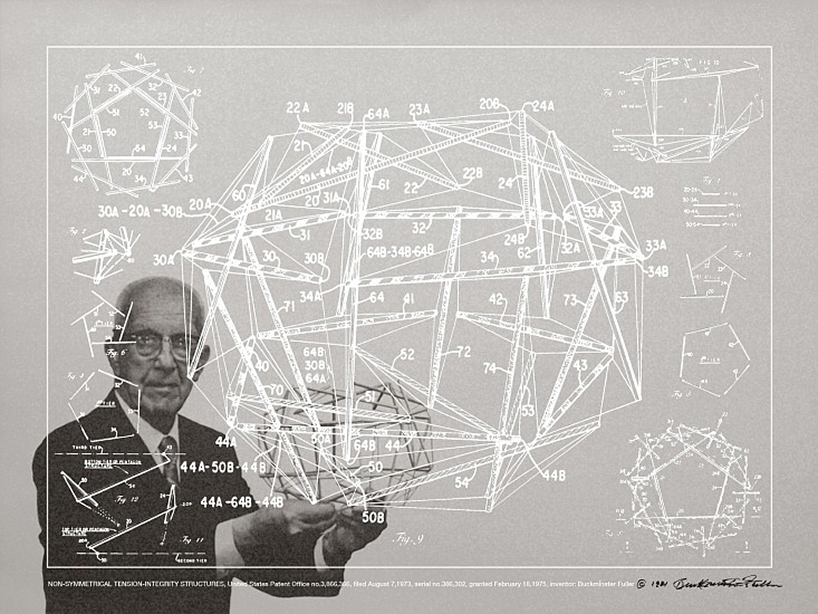 thirty-five years after his passing in los angeles, edward cella art & architecture is presenting r. buckminster fuller: inventions and models, an exhibition of original prints, models and objects by the 20th century visionary, architect, engineer, inventor and artist. surveying many of fuller’s most important inventions and cultural contributions, the show centers around the inventions portfolio, a limited-edition print collection of fuller’s key innovations. 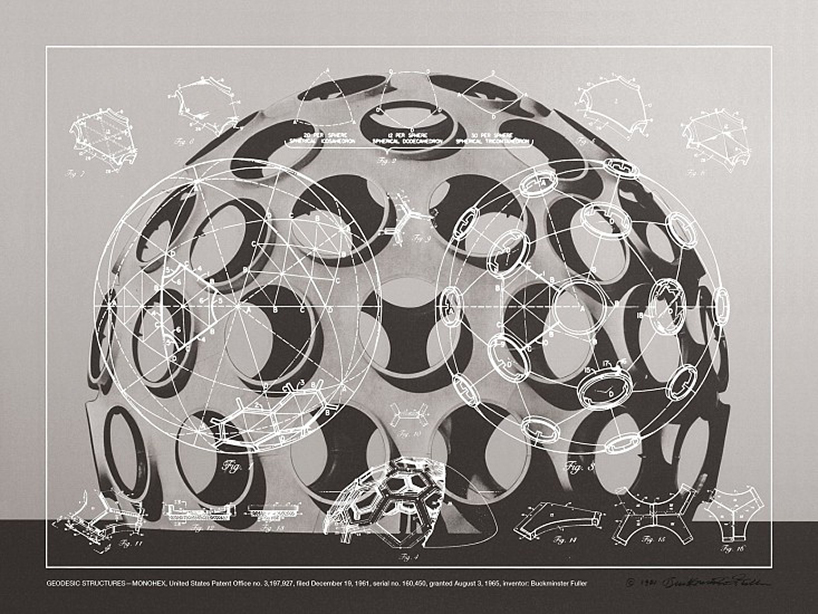 the series of thirteen posters made by buckminster fuller himself  looks a bit like fan art even if they’re not. in them, line drawings from his patents have been juxtaposed on his own portraits, showcasing a two-layer design. the posters were created by buckminster fuller in collaboration with gallerist carl solway near the end of his career.

the posters will be on sale for USD$7,000 and the exhibition runs from september 8 to november 3, 2018 in los angeles gallery edward cella art & architecture. 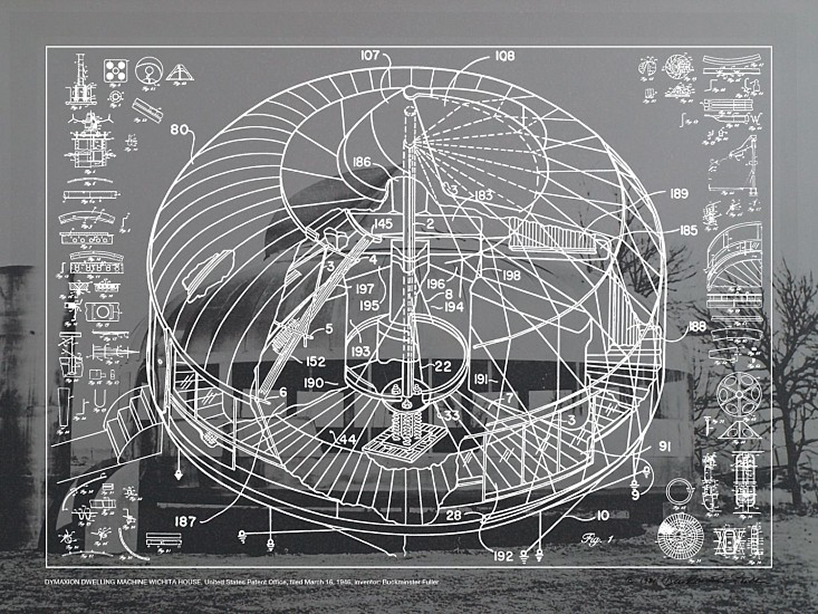 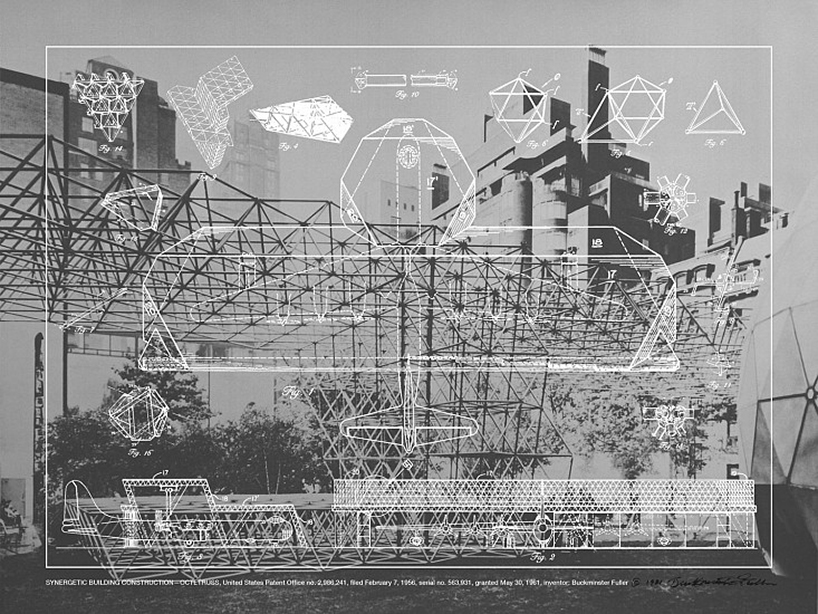 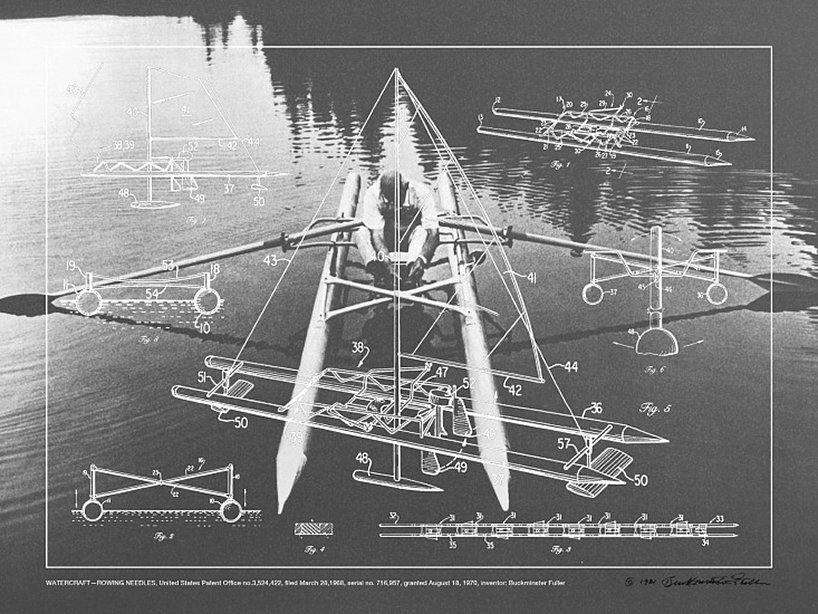 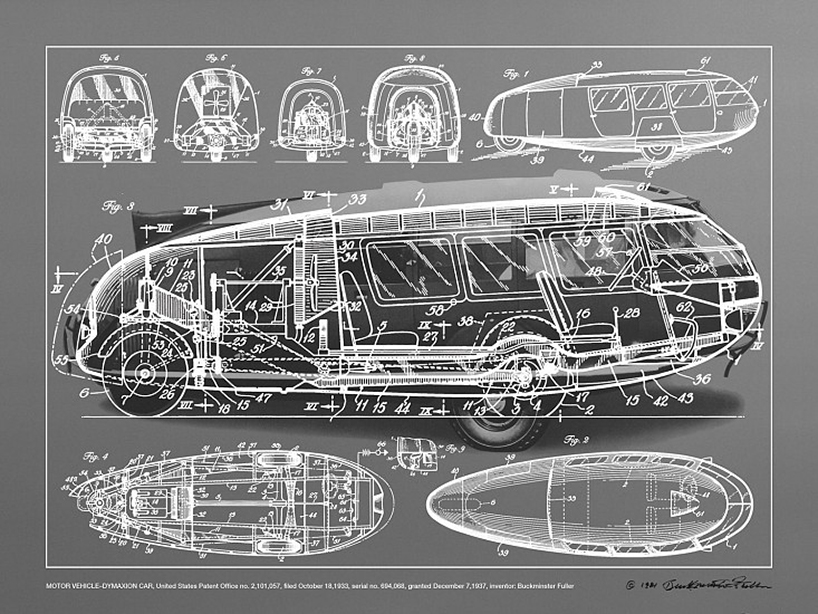 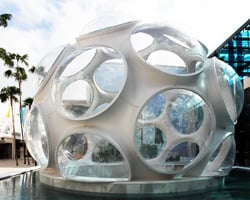 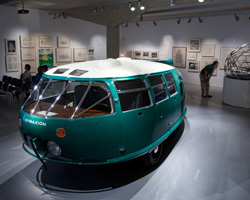 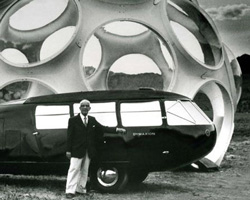 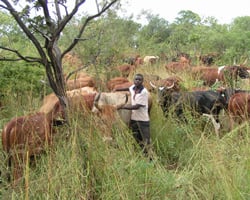