italian studio gabriele & oscar buratti|buratti architetti has completed the ‘saen’ table for furniture company alias. the project called for the development of a round table with a central base, which buratti decided to take in the direction of mono-materiality. using a single material, they were able to compose a sleek, minimal design. 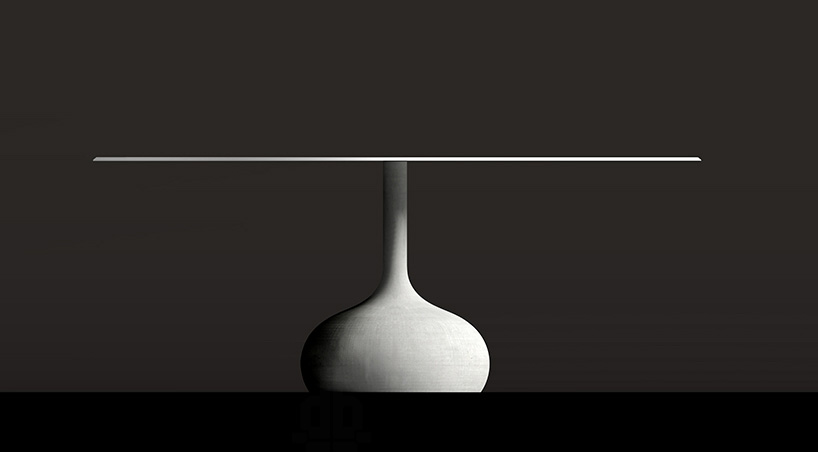 research led buratti to find an easily pliable material that was uniform in grain and heavy enough to structurally support a table. materials that required cutting, assembly, or lathing were discarded in favor of something that could be cast; reinforced concrete became the perfect option. it proved to be sufficiently heavy, resistant to strain, and had the potential for relatively easy surface finishes. 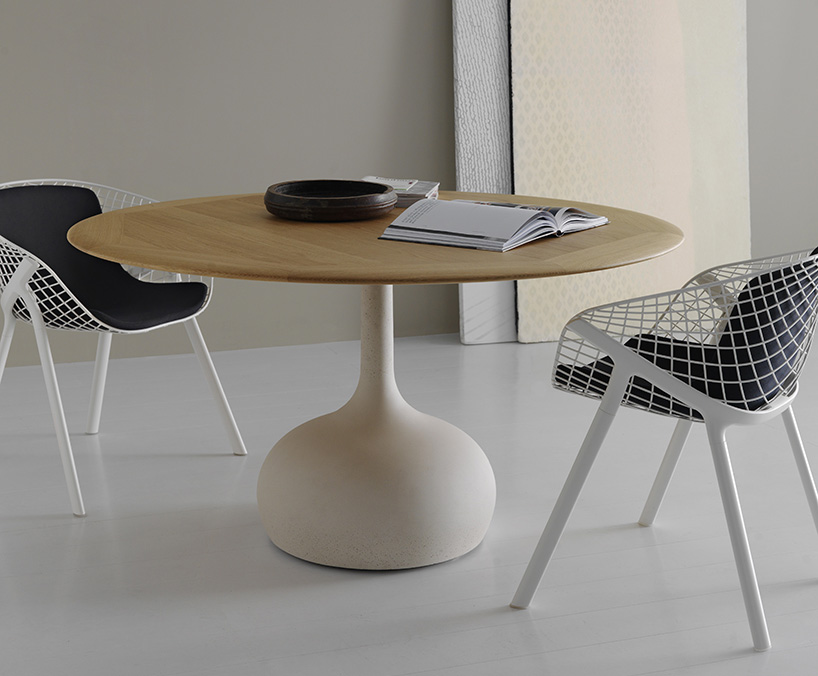 perfecting the form, which was adjusted down to the millimeter on more than one occasion, took up a majority of the design process. blends and colors, as well as surface treatments and formworks were experimented with before reaching a final technique. throughout, buratti was shown the possibilities of reinforced concrete in non-architectural roles, and plans on continuing to use the material on future projects. 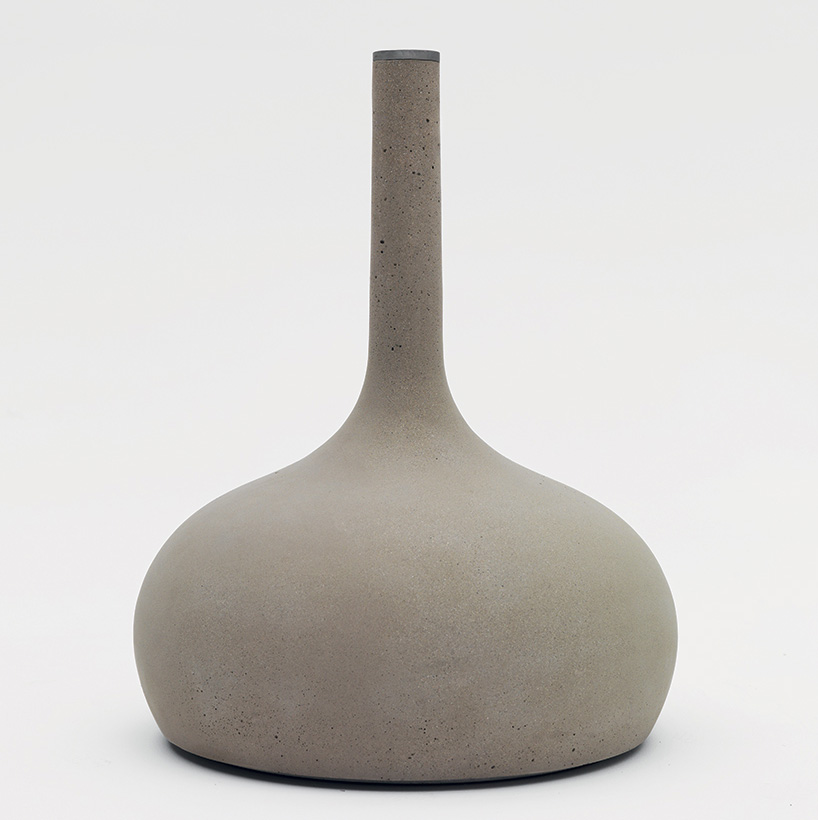 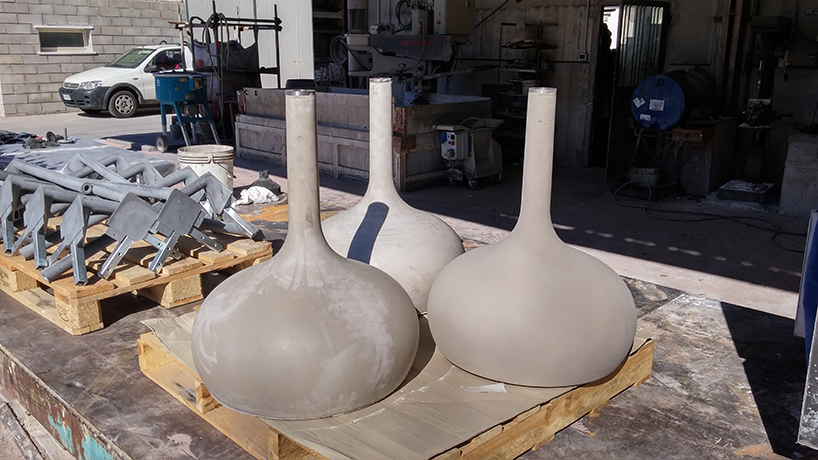 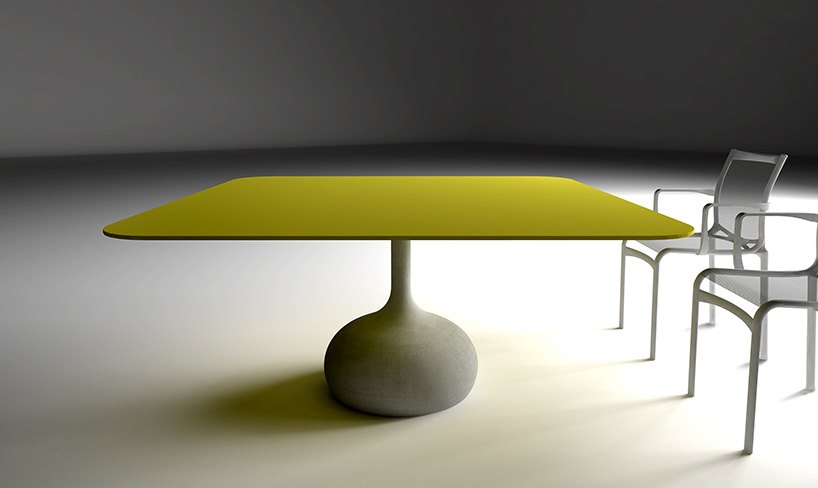 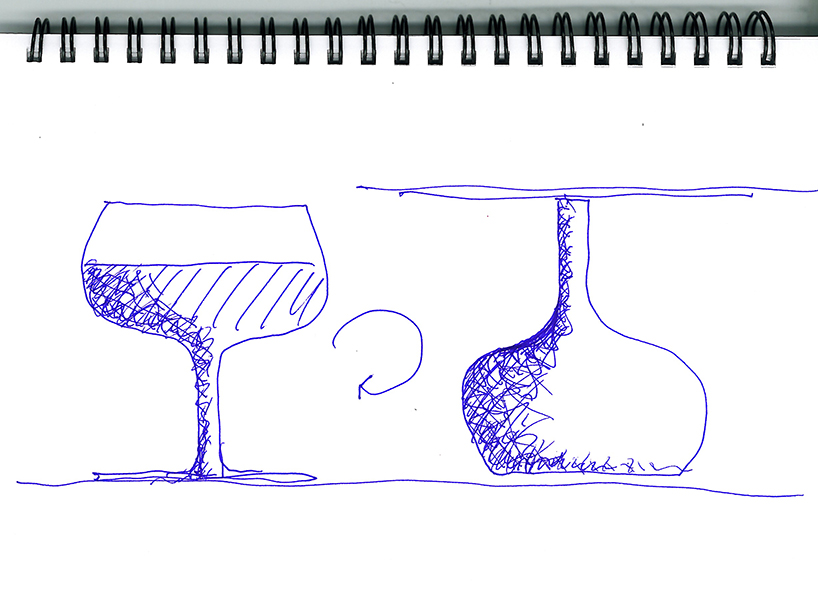 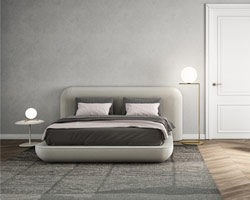 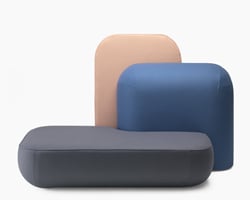 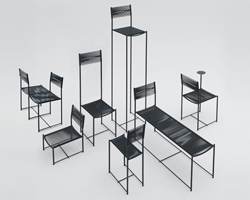 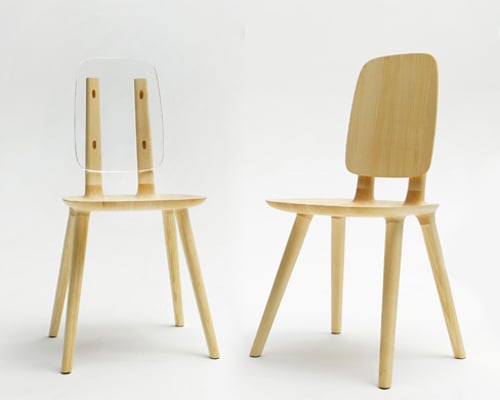 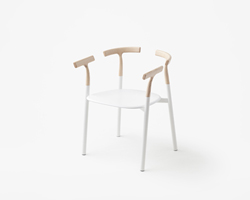 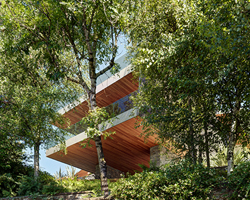 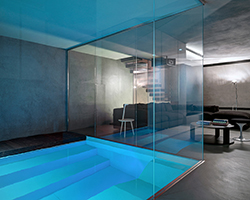 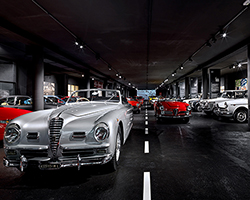