‘everyday issues’ is a series of domestic products designed by students of professor ben hughes at ‘CAFA, the china central academy of fine arts’ in beijing. the projects explore common concerns of people living in china and are on display during ‘BJDW beijing design week 2014’ at ‘CCD – the community’ in caochangdi.

‘accompany’ by chinese designer zhang yuqian is a collection of products designed especially for the elderly. the project serves as a way to remind younger members of the community that helping to care for the elderly is valuable and respected. the design of each product was informed by extensive research and testing at an old people’s village where zhang yuqian is a volunteer. 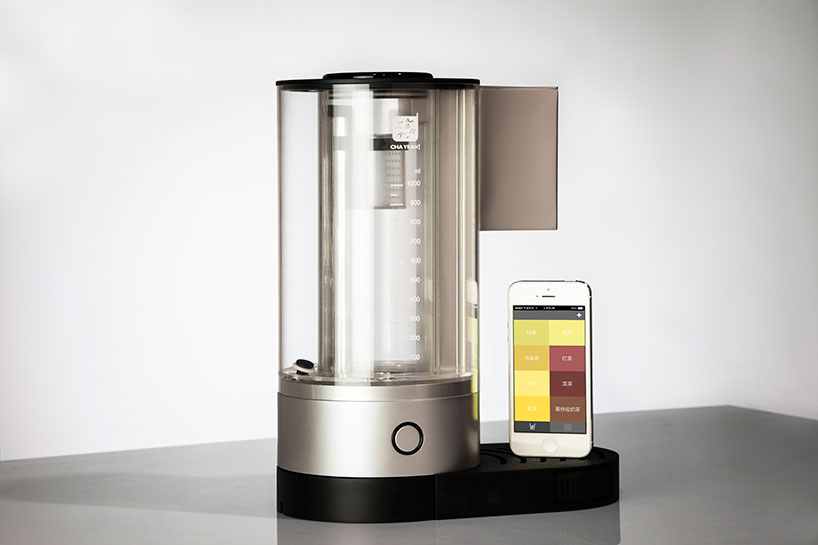 cha yeah! is a smart brewing system designed by huang weijun that accommodates for different types of tea. it challenges the idea that authentic tea culture is available only to the committed connoisseur using ancient instruments. after studying both western and chinese drinking habits, the designer resolved a product that complements current trends whilst providing a useful source of reference and education in the correct preparation and consumption of different teas. 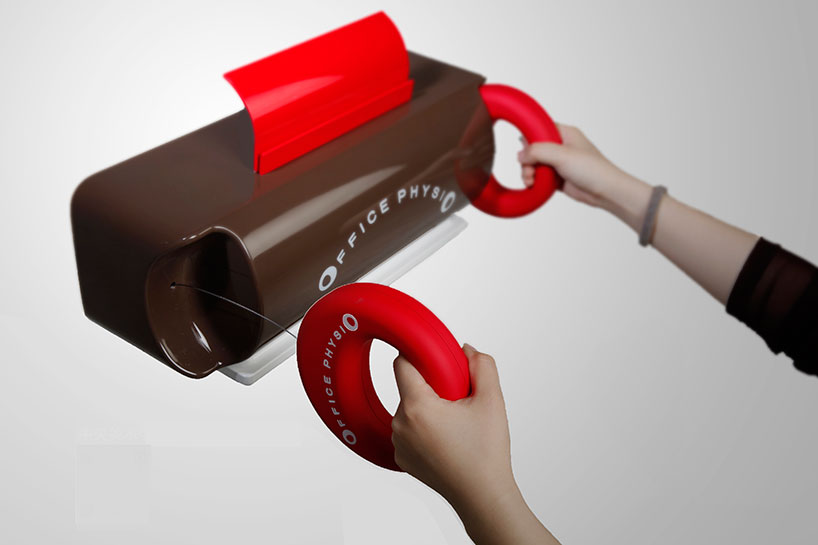 wanting to resolve sedentary issues that are common in workplaces, chinese designer chen siqi has developed ‘office physio’. workers are often required to sit for long periods of time with movement and exercise not seen as a priority. this project looks at incorporating stretching equipment into office furniture and accessories in a fun way and was informed through research in offices around beijing. 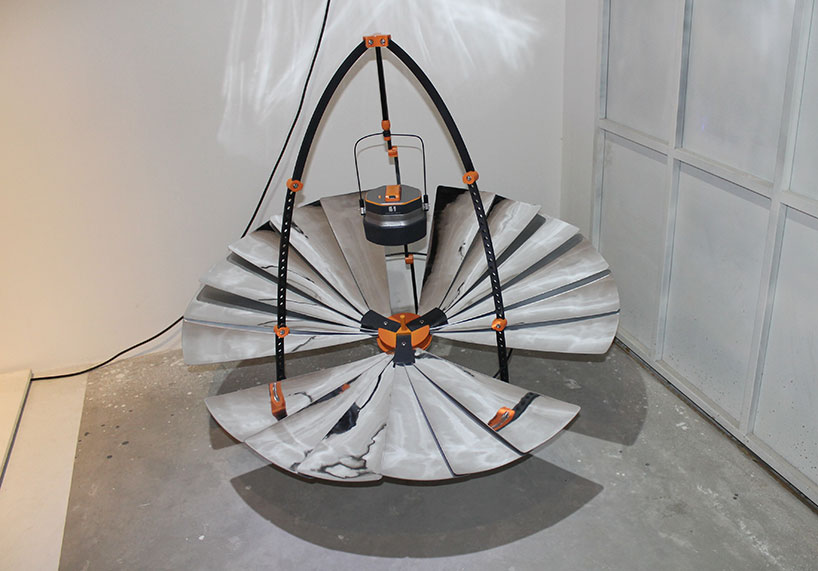 ‘powerranger’ by chen ranbo on display at BJDW 2014
image © designboom

‘powerranger’ by chen ranbo combines a number of technologies into a single product for use by remote communities. the ability to cook and heat water using either fire or solar power makes with the addition of a thermoelectric module gives users the ability to generate electricity from either source. the project recognizes that the need for electricity in remote places is often as important as generating heat for warmth and cooking. 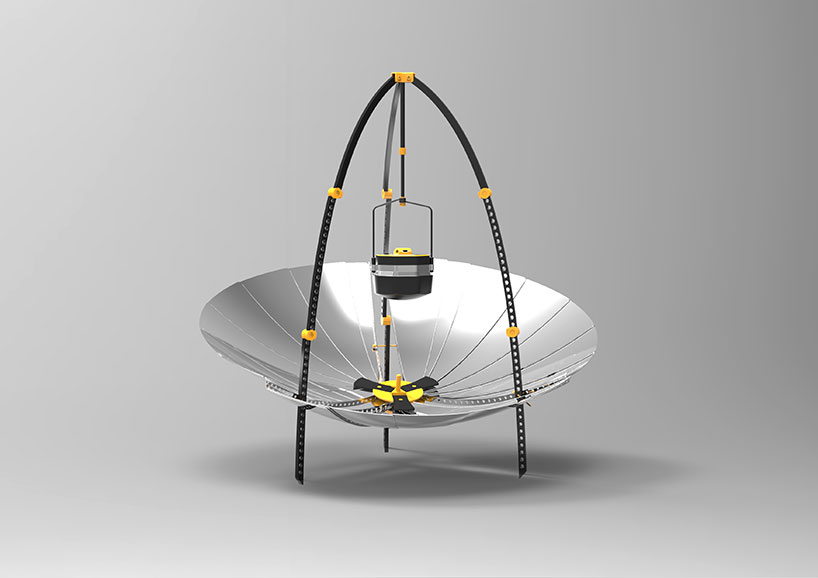 rendering of ‘powerranger’ by by chen ranbo 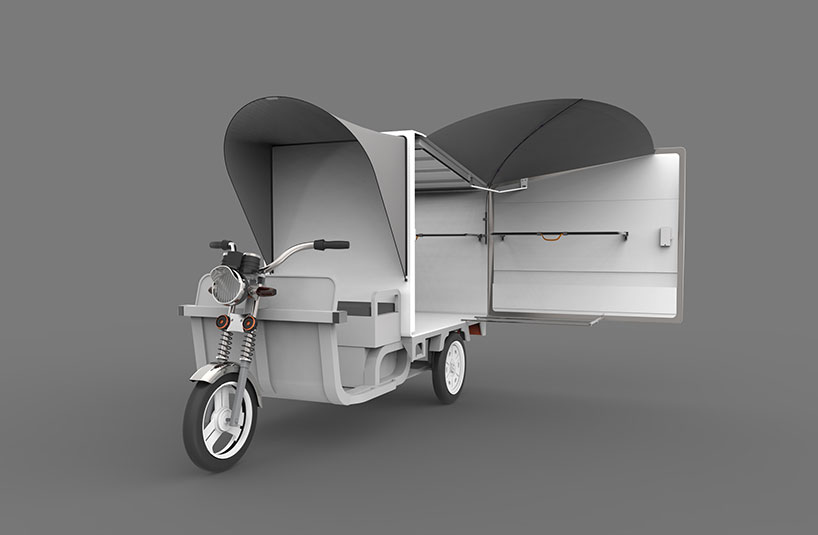 ‘courier vehicle design’ by sai ailun is based on estimates that show the annual growth of the courier industry reaching over 2 million. many of these drivers spend their working days piloting a 3-wheeled electric vehicle that has little adaptation to the job, apart from a large metal container that sits on the rear. this project seeks to develop the courier vehicle with respect to the very specific task that it and its driver has to undertake. 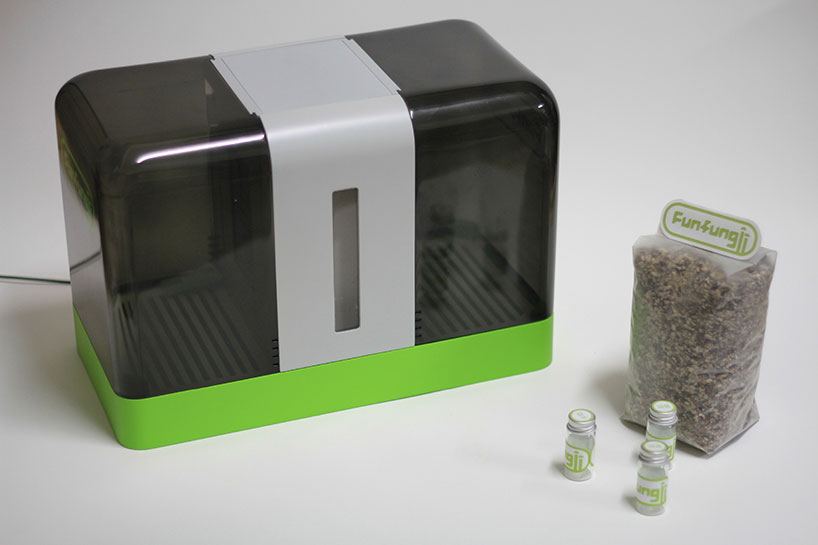 ‘funfungi’ by he yangyi is a smart device which helps users to cultivate edible mushrooms conveniently in their own home. the process involves placing the compost and seeds in the container, which will then maintain the optimal environment to promote the growth of the mushrooms. several varieties may be grown and once underway a crop can be harvested every 8-10 days. users are also encouraged to make their own compost from kitchen waste in the special re-usable caddies. 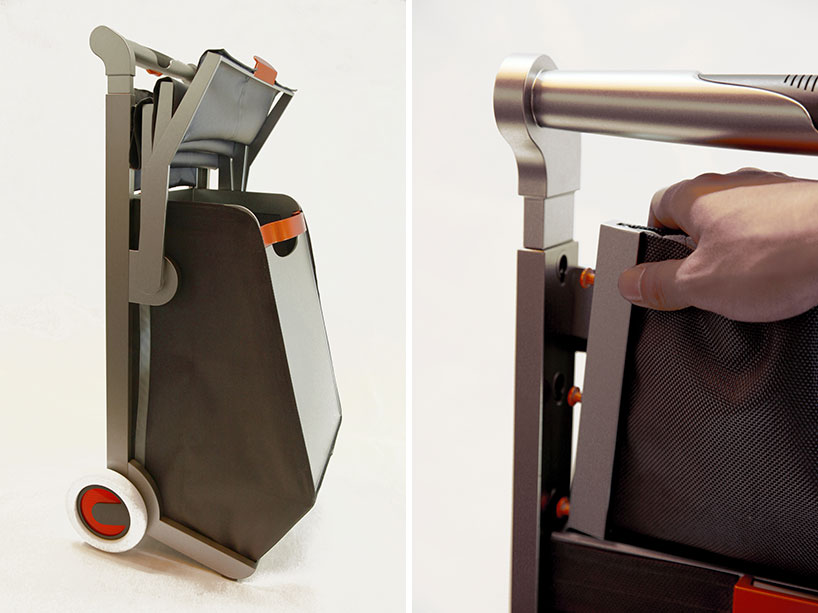 ‘shopping bag’ by chen chao has been developed specifically for users in beijing so that users can carry their items via public transport in a comfortable and efficient way – even the way that eggs are sold (in loose in bags) has been taken into account. the product incorporates strong, lightweight materials and reflective pieces for both strength and safety. 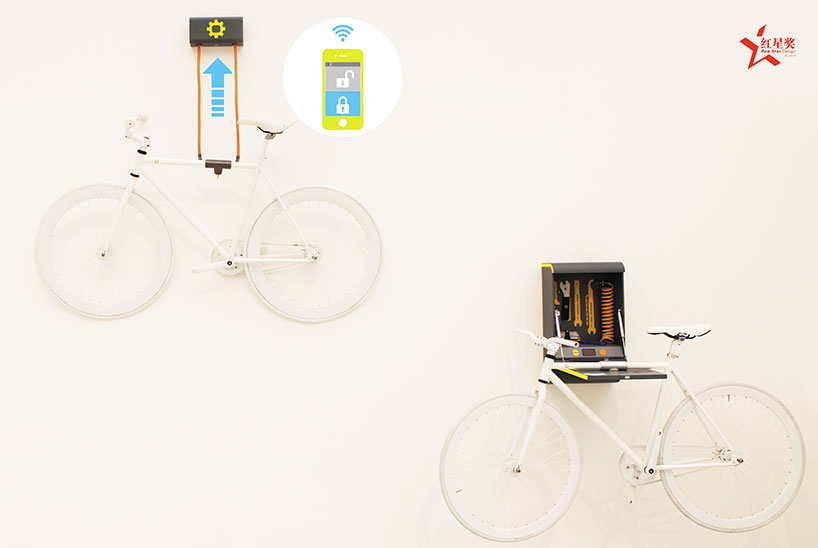 designed for users of lightweight bicycles, ‘xuan’ by sheng haixin is a locking and storage device. a security mechanism is incorporated into the bracket which is then fixed to the frame. the user has access to its storage, repair kit and maintenance system by logging into an account via a smartphone app. 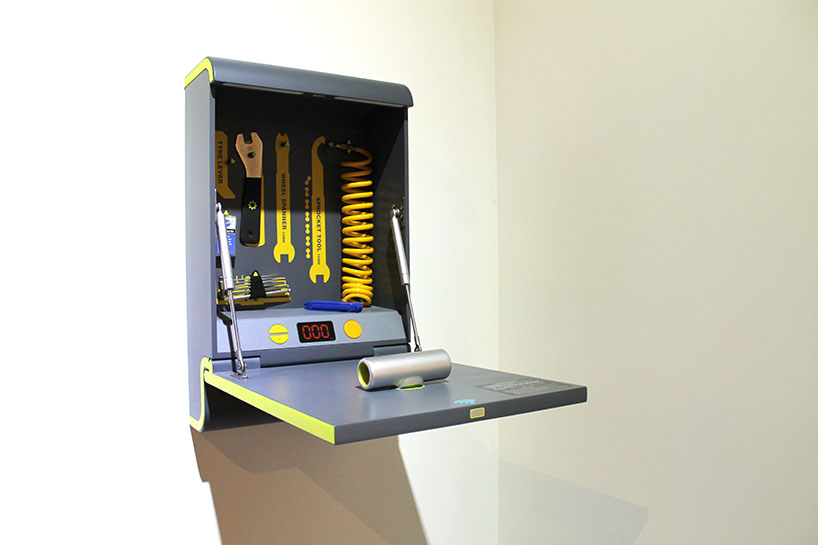 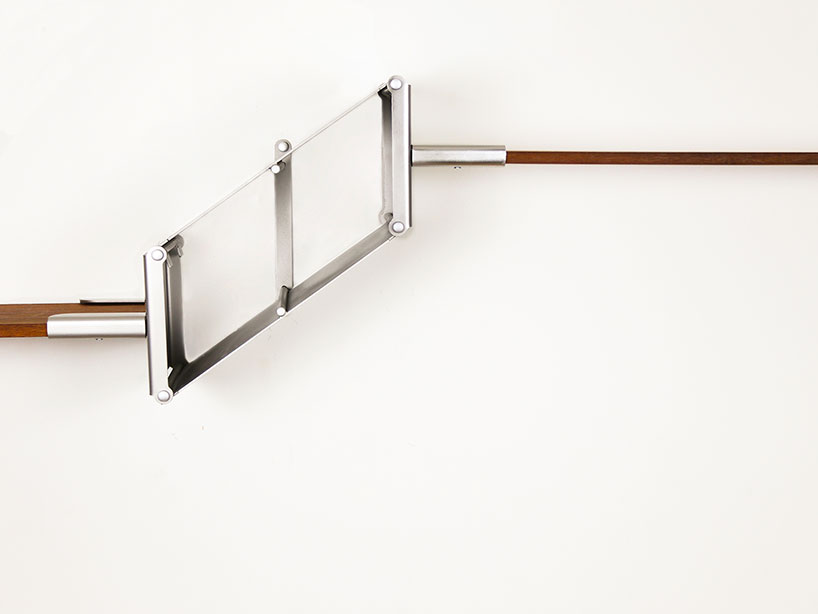 ‘balance’ by yan bingyu is an adaptable bookshelf structure that explores various interpretations of the term ‘balanced’. the design encourages users to consider a variety in their reading habits, while the broader idea of achieving a balance in one’s lifestyle is a recurring theme for designers in china. 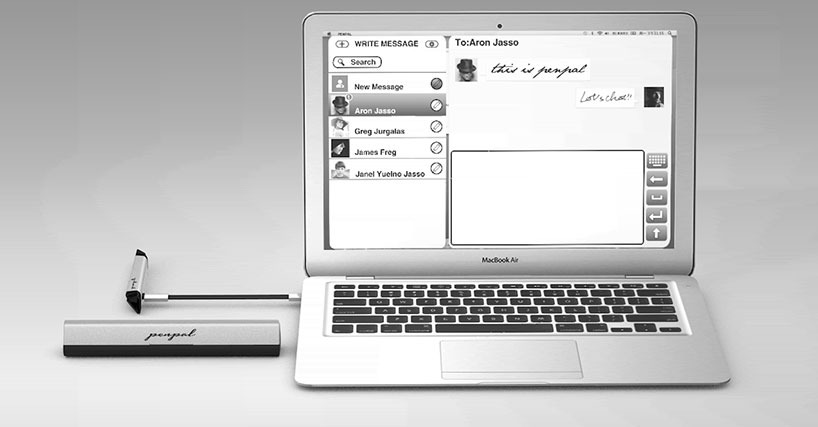 ‘penpal’ by by jiang zhen re-imagines how handwriting and calligraphy can be intuitively incorporated into electronic communication. this project aims to connect between analogue and digital channels, without losing personality and emotion. the pen contains no ink or graphite so it can be used on any surface – one end is for writing and the other is for displaying messages using a rapidly moving laser beam.