fernando and humberto campana are no strangers to designing footwear for melissa shoes. having already conceived a number of flats for the brazilian brand — from fitas to papel to zig zag flats — the brothers bring forth the ‘barroca’ capsule collection. influenced by the duo’s baroque furniture series which draws its formal references and details from the artistic and architectural period after which it is named, the ‘melissa barroca flat’ and ‘irmaos bell and melissa barroca sandal’ see roman baroque art merging with brazilian style. the resulting texture is an expression of flowers, angels and wings — all elements that are associated with italian works in metal and bronze from the baroque period; laced with animals such as birds, insects and lizards which reference brazilian fauna and folklore. the motifs are accompanied by new and modern elements such as paper clips, scissors, screws and wire mesh, incorporated into the design as symbols of contemporary art. the shoes are available march 2016. 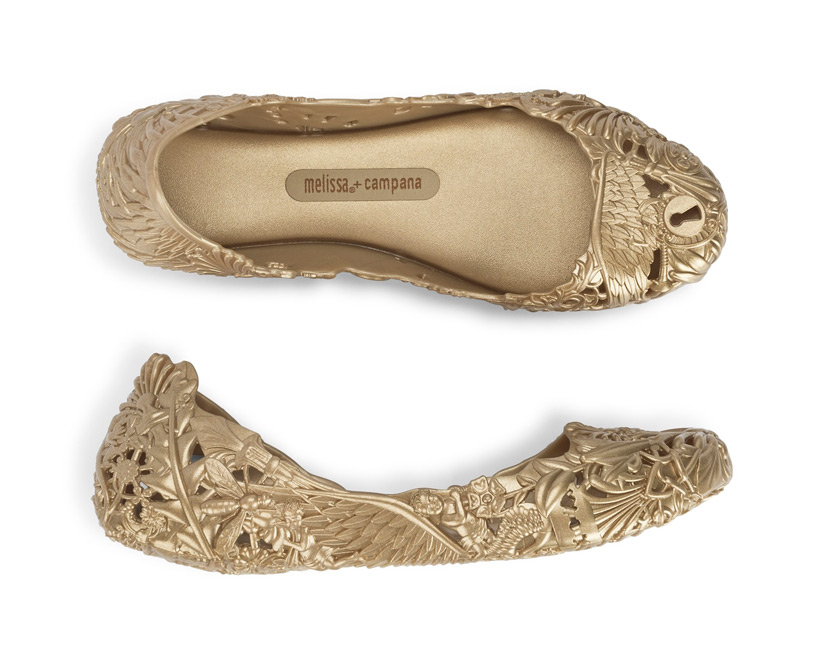 ‘the barroca collection was born from the mix between the roman baroque and the typical brazilian style. the idea was to create an organic language between the traditions of a culture and the prospect of a new country through the merger of ornaments of the past with contemporary elements.’ – fernando+ humberto campana 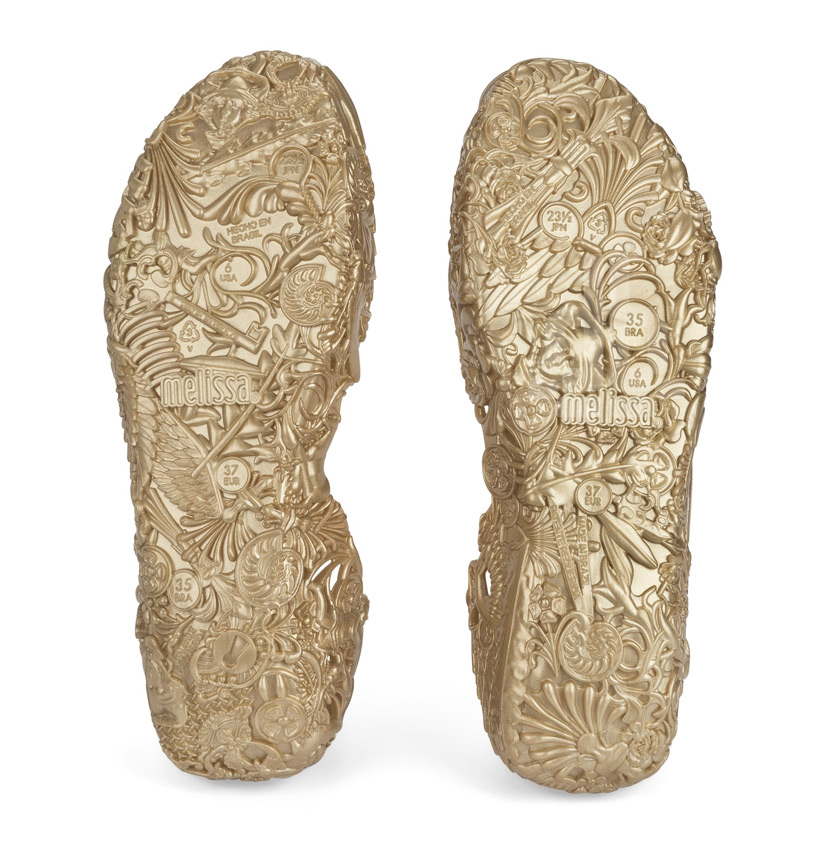 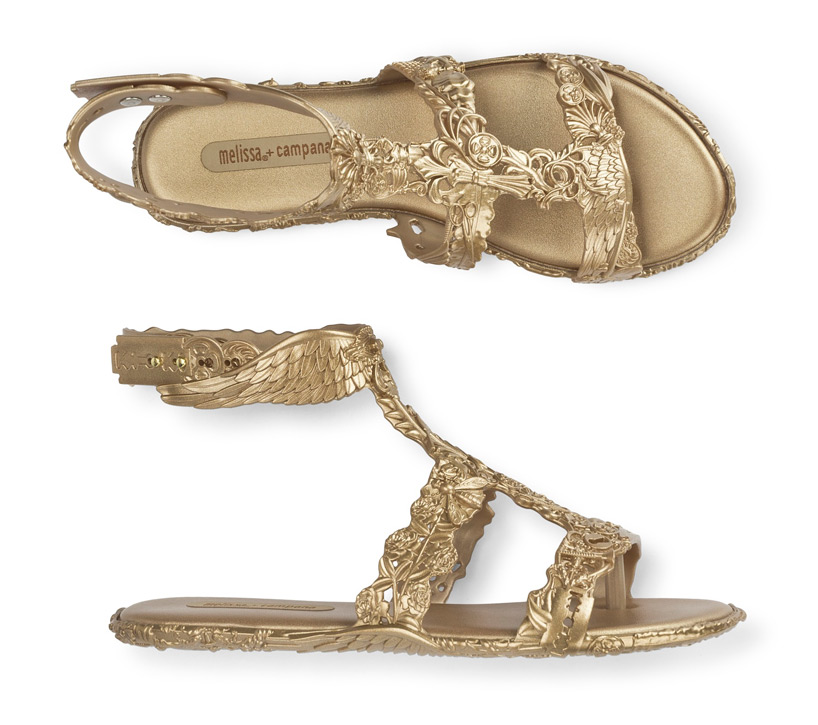 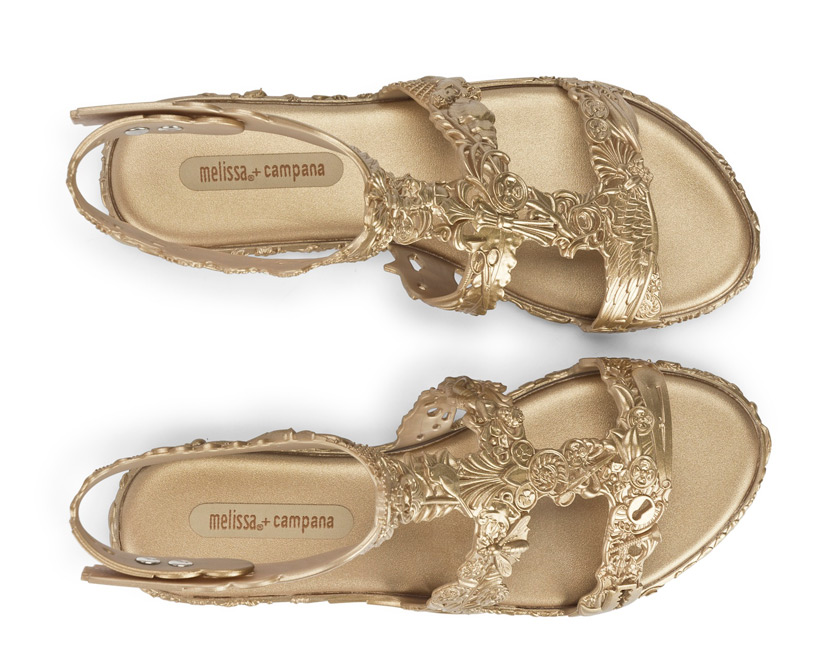 top view of the sandal design 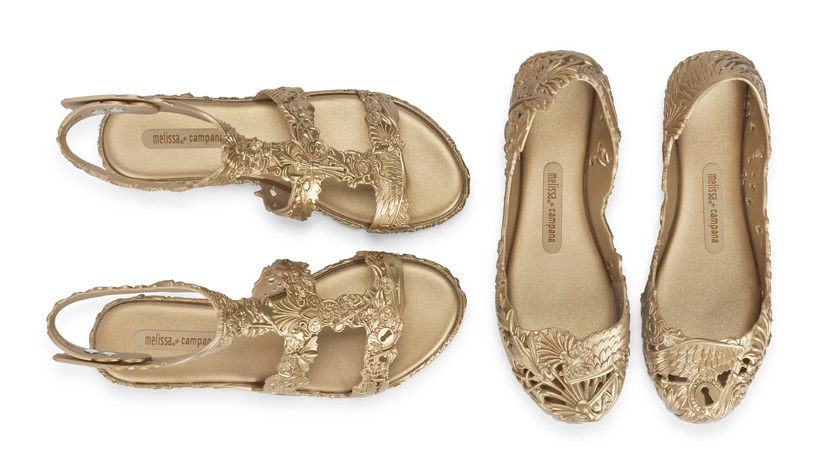 ‘barocca’ capsule collection by fernando and humberto campana for melissa