the campana brothers have made a name for themselves designing everything from stuffed alligator furnishings to bamboo-crystal hybrid chandeliers. these projects have been physically realized alongside manufacturers and workshops from all around the world, including multiple collaborations with melissa. celebrating the 10 anniversary of this successful partnership, the duo has created a special footwear collection called ‘fitas’. 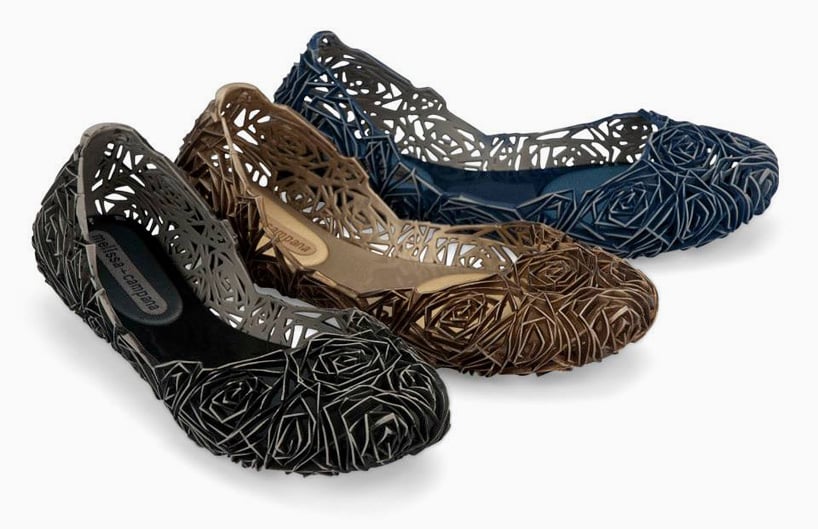 the floral pattern used bears a volumetric and geometric composition

the work takes its name from the portuguese word for ‘ribbon’, as its origins can be found in a furniture series by the brothers of the same title. by applying a similar aesthetic, the translation from one product to another has allowed them to make the shoes more volumetric in comparison to their previous collaborations. the floral pattern has more solidity and body, representing itself as an extension of the foot that provides elements of style, comfort, and versatility. seven color options are available, providing options for different occasions and social settings, emphasized by added details and finishings such as glitter. 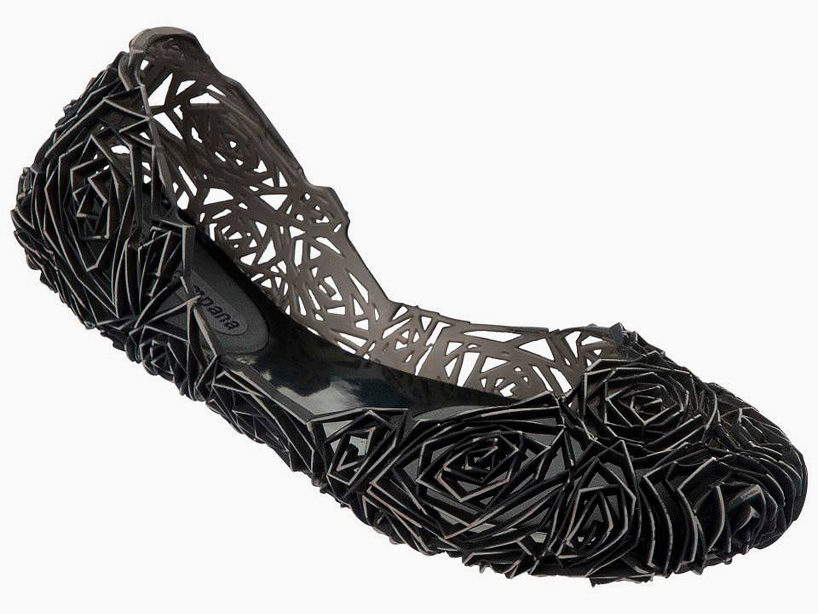 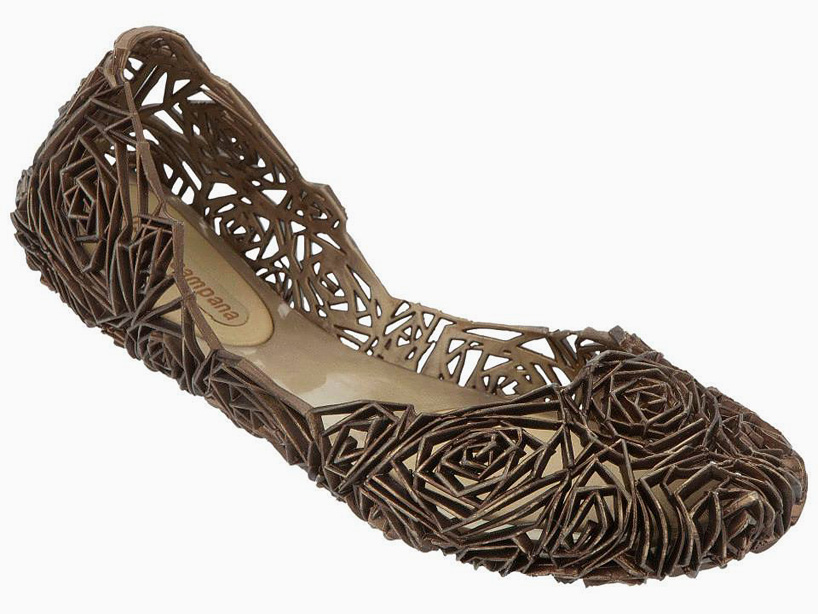 the shoes in brown provide style, comfort and versatility 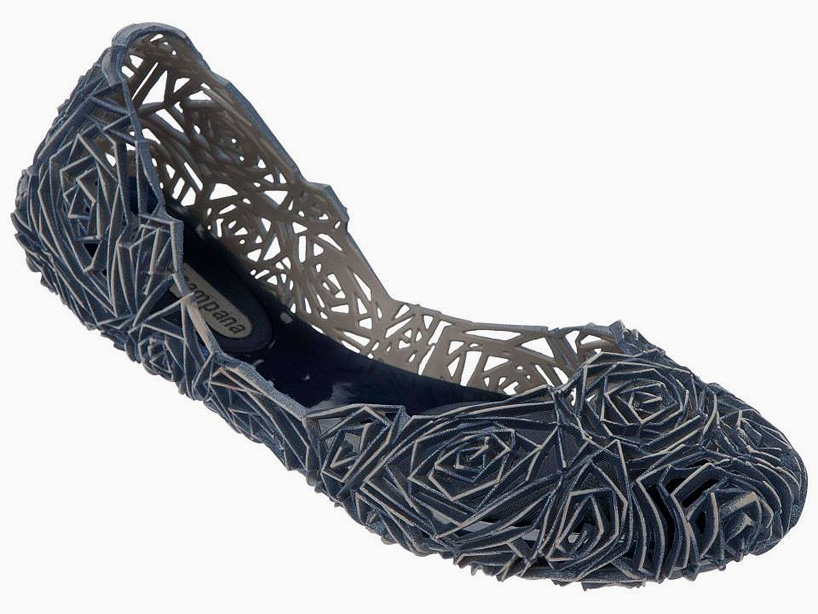