the standing ‘frammenti rossi’ lamps are part of venini’s new artlight collection. each an assemblage of glass pieces in primarily red, clear, and white, the pieces are identifiably of the campana aesthetic, which often includes found objects and references brazilian street life and carnival culture, using aesthetic taste and artisan techniques to transform fragments and simple materials into opulent and interesting objects of design. fine wire wraps in and around the pieces of the sculpture, holding them together through holes punched into the glassware.

in the ‘fragments’ series, as in all of venini’s collaborations, the brothers’ ideas are realized by the company’s traditional murano glassblowers. 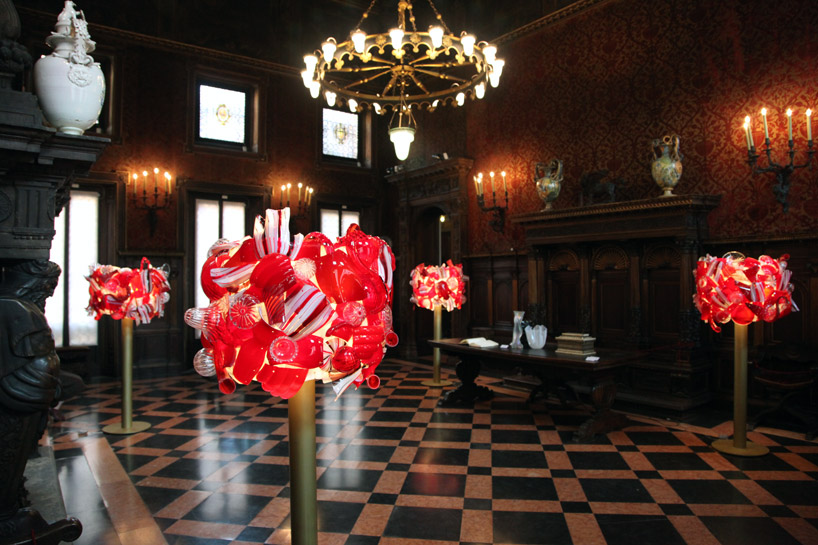 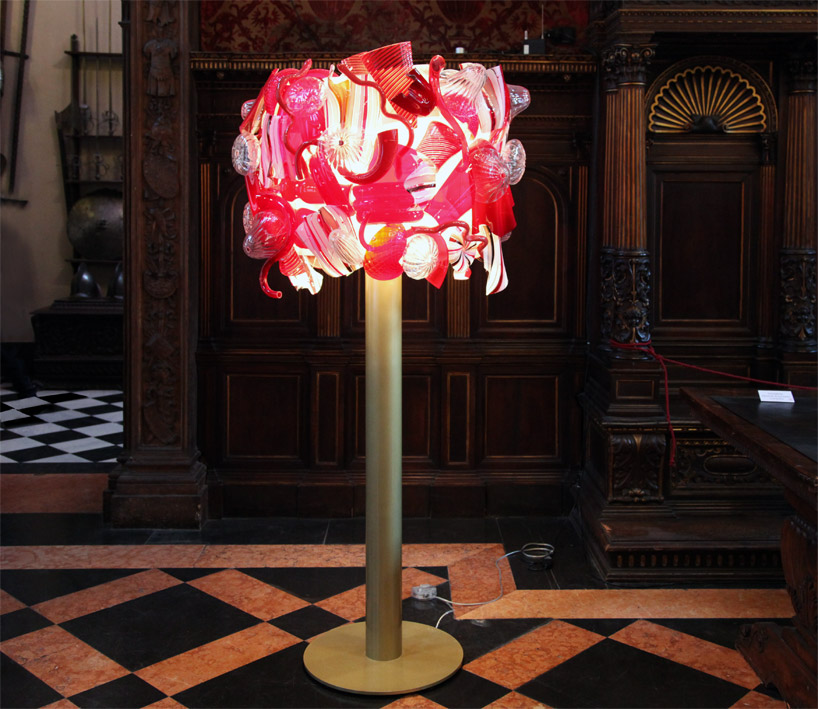 full view of one of the lamps image © designboom 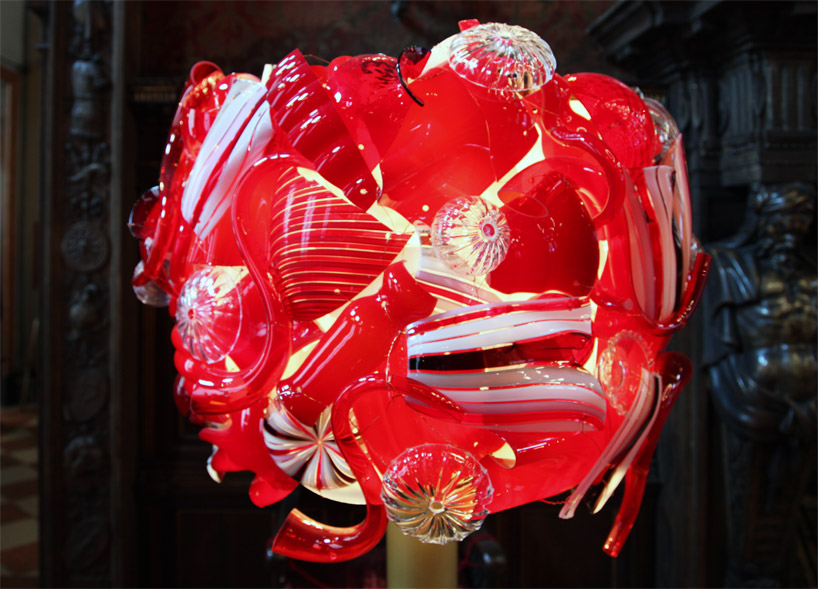 view of another lamphead image © designboom 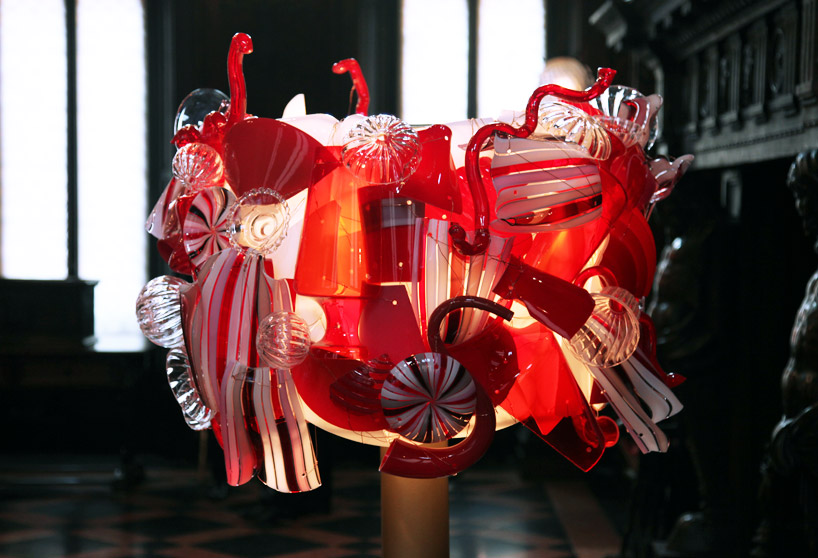 each piece is unique image © designboom 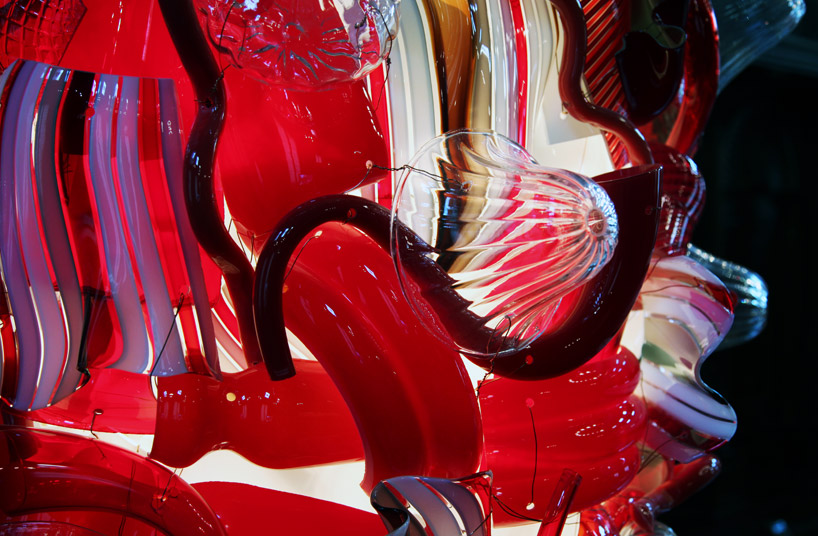 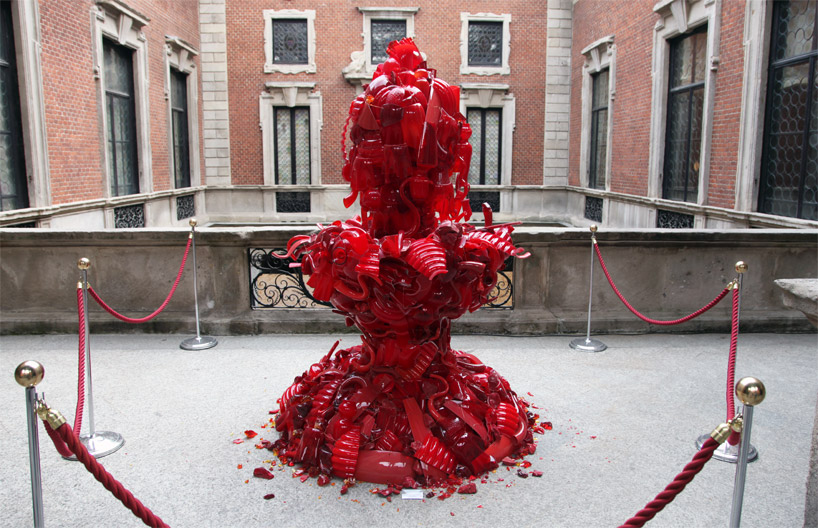 ‘rivivo’ by the campana brothers for venini image © designboom

sharing a similar aesthetic to the ‘fragments’ lamps, ‘rivivo’ is a sculptural installation composed of red glass fragments in varying shades and opacities. the same wire threads pass in and out of the sculptural elements, while in this piece, shards of broken glass remain scattered on the ground below. 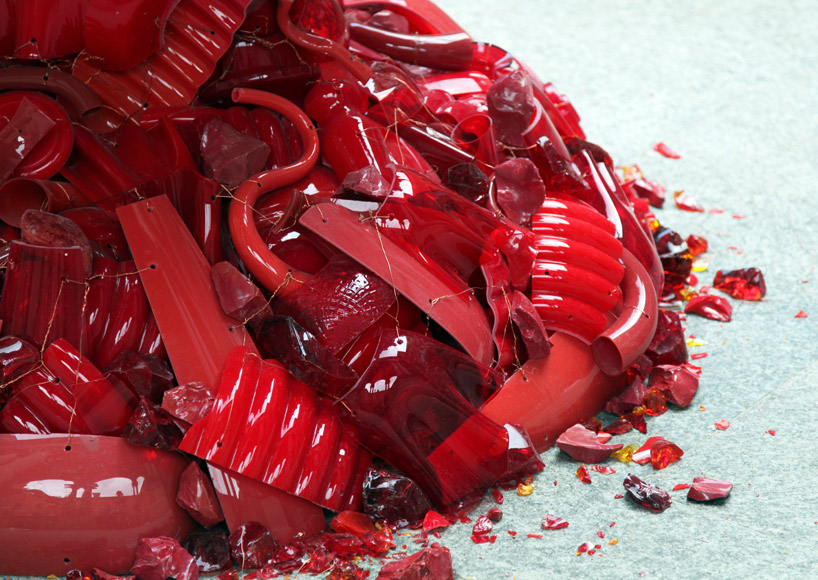 detail view of base image © designboom 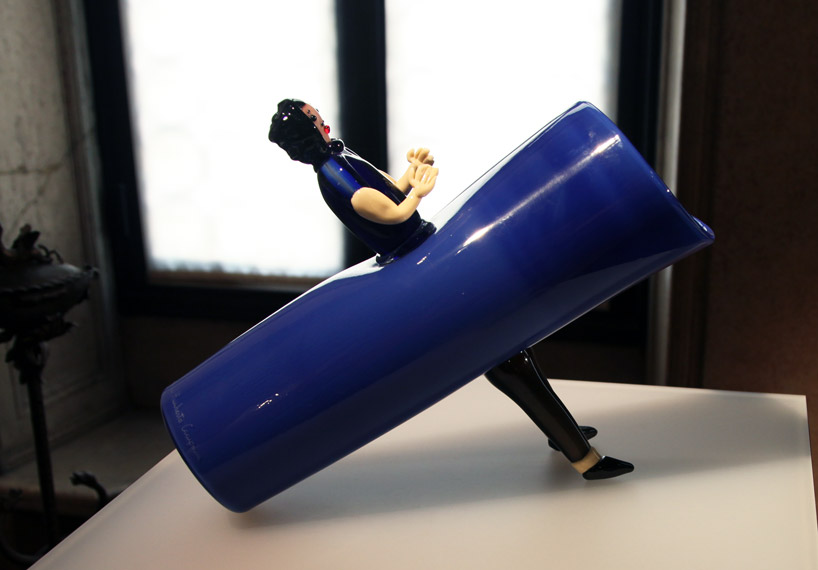 ‘esperança’ by the campana brothers for venini image © designboom

part of venini’s 2010 collection, the ‘esperança’ pieces include pendant lamps, a chandelier, and a series of vases. the last of these was exhibited in a retrospective room at the venini exhibition that included earlier works from the designers featured this year, including luca nichetto and ronan and erwan bouroullec. 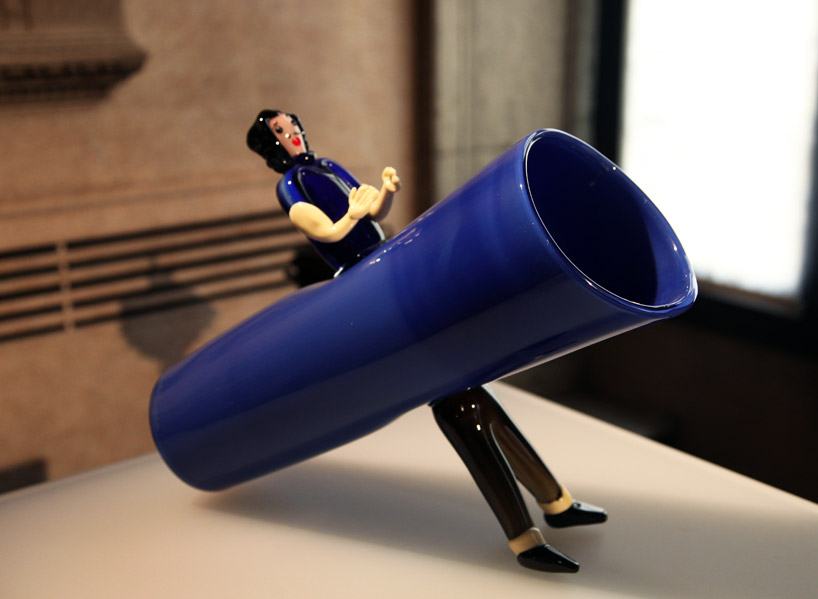 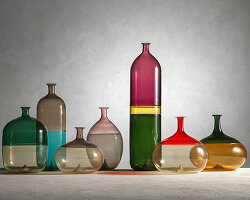