swiss architect peter zumthor has designed a set of canisters for alessi based on a quick sketch hung on the wall of his atelier _the narrative behind each design giving the forms their own unique personality. the organic pieces are fabricated from frosted glass and stainless steel, the set including am oil/vinegar cruet, a salt and paper shaker, spice canister and sugar pourer.

zumthor describes the story behind the work:

‘some years ago, while having breakfast in a hotel, I used a salt shaker to season my egg. maybe because I disagreed with the what I had in my hand I made a quick sketch of thin lines suggesting an object which could hold grains or liquids. one day, the memory of my morning in the hotel came back to me and I recalled why I made the sketch. at once, I took the sketch down to my model workshop and asked iris to produce a series of glycerine soap models according to the sketch which should look like brothers and sisters, small and big but all members of the same family. she shaped a beautiful menagerie of glycerine soap objects resembling frosted glass.’

zumthor will today, the 6th of february 2013, be presented with the royal institute of british architects (RIBA) royal gold medal at a ceremony in london. the renowned architect is celebrated for running a ‘small yet powerful and uncompromising practice’ – founded  in 1979 in switzerland. some of his best known projects include the kunsthaus bregenz (1997) – a glittering glass and concrete cube that overlooks lake constance (bodensee) in austria; the cavernous thermal baths in vals, switzerland (1999); the kolumba diocesan museum (2007), in cologne; and the bruder klaus field chapel, located by a farm near wachendorf. he also currently designing a house in the devon for alain de botton’s living architecture scheme. 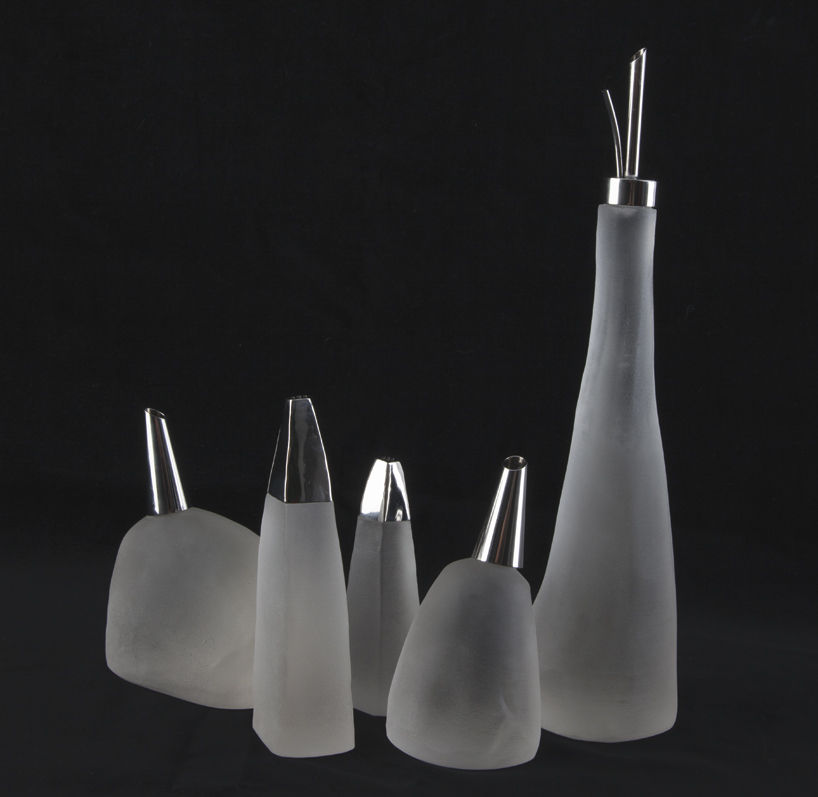