the cardboard pterodactyl is a creation of american engineer lisa glover. what started as a homework assignment, quickly became a time machine to the cretaceous period. glover originally created a walking, wearable velociraptor and has now progressed to something a bit more challenging. 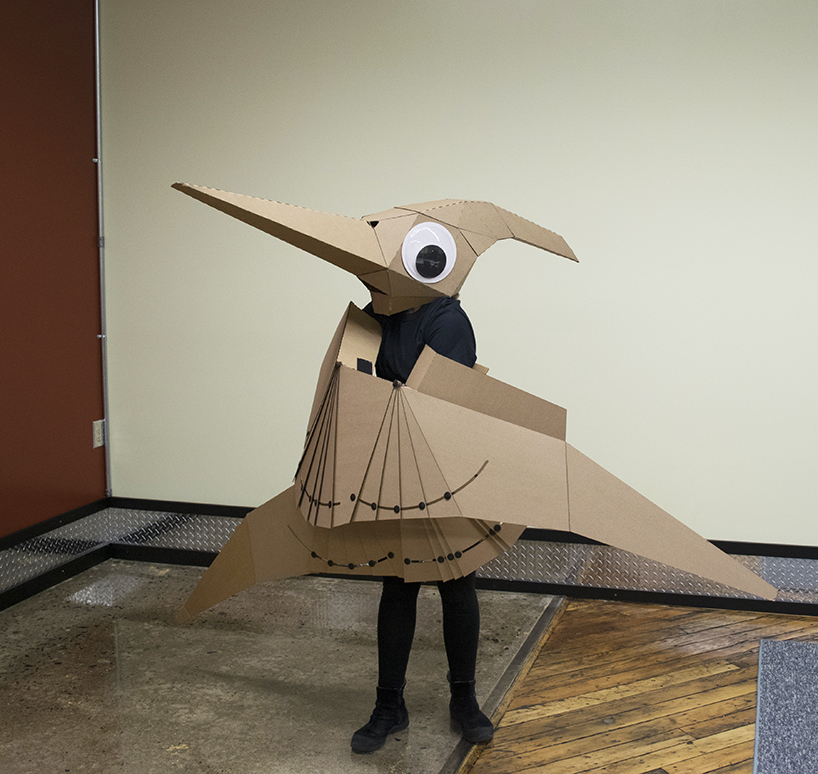 showing flexibility of the wings

wings are constructed using e-flute corrugated cardboard, hot glue, and box rivets. fully extended, each wing is 7ft long, and folds down to approximately 4ft. box rivets give the structure flexibility, giving it a fluidity and noise similar to what you might hear were an actual pterodactyl flying above. however, eight inch googly eyes might give up the scare factor. all design was done in rhino, and cut via laser cutter at glover’s local makerspace.

how do you get your hands on one of these? check out her ongoing kickstarter here. 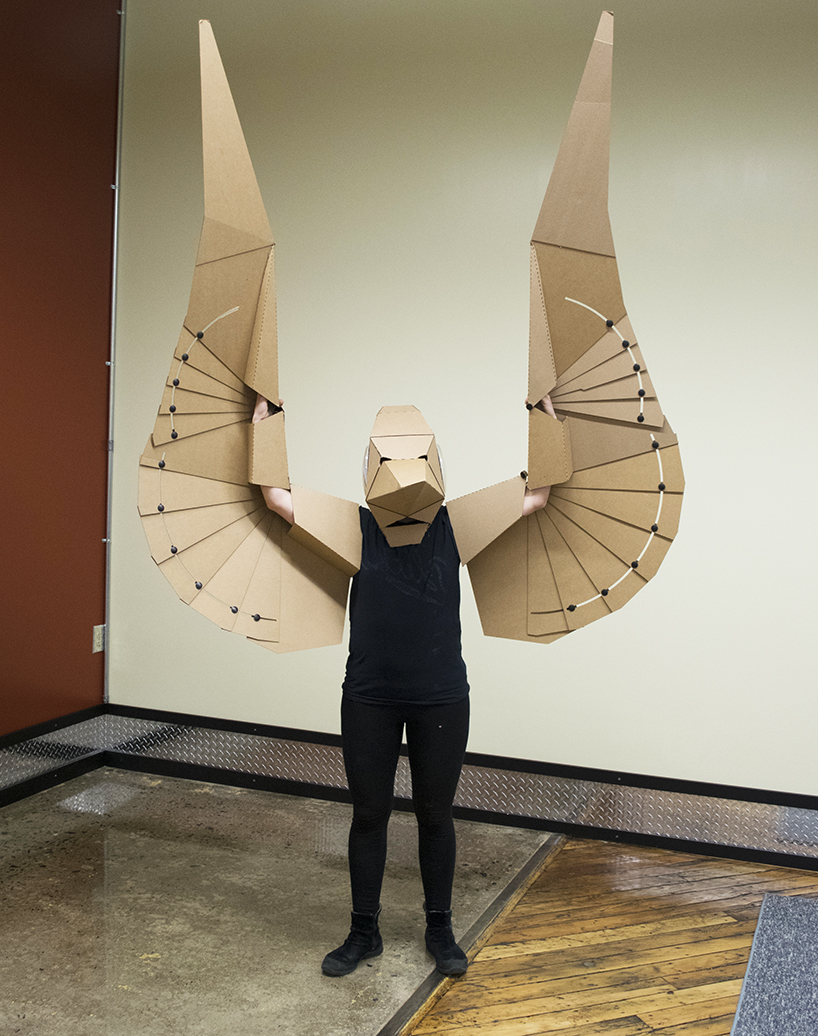 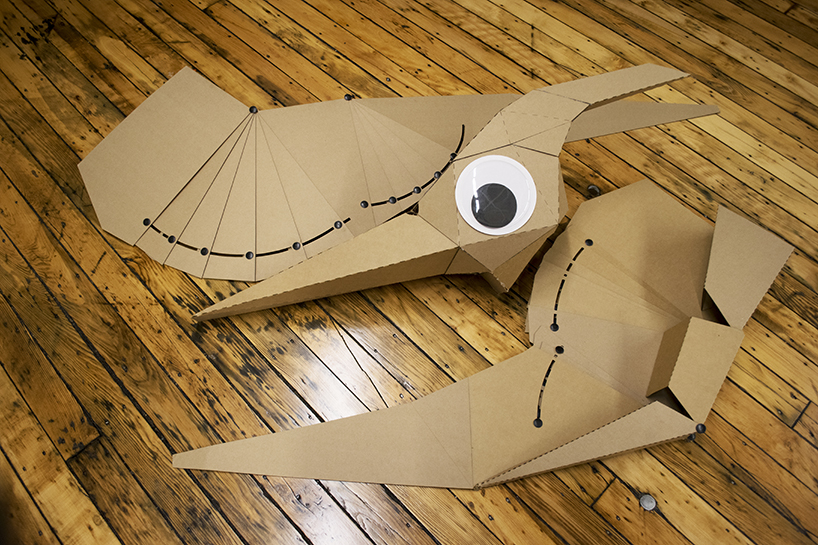 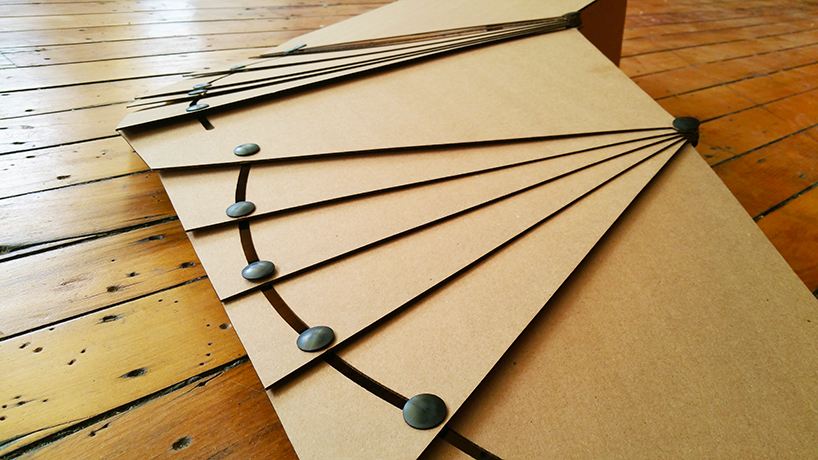 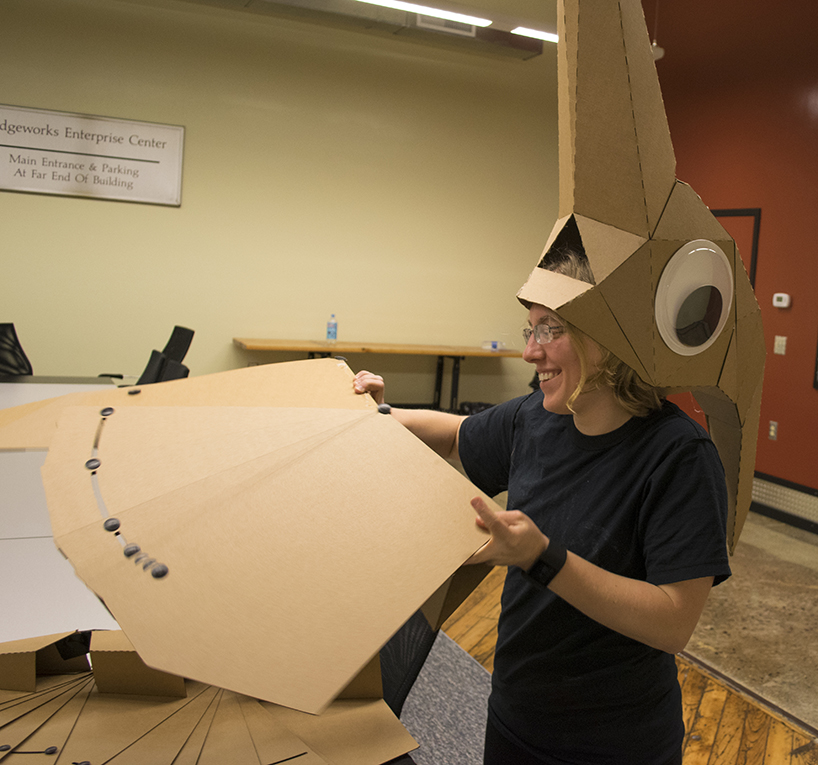 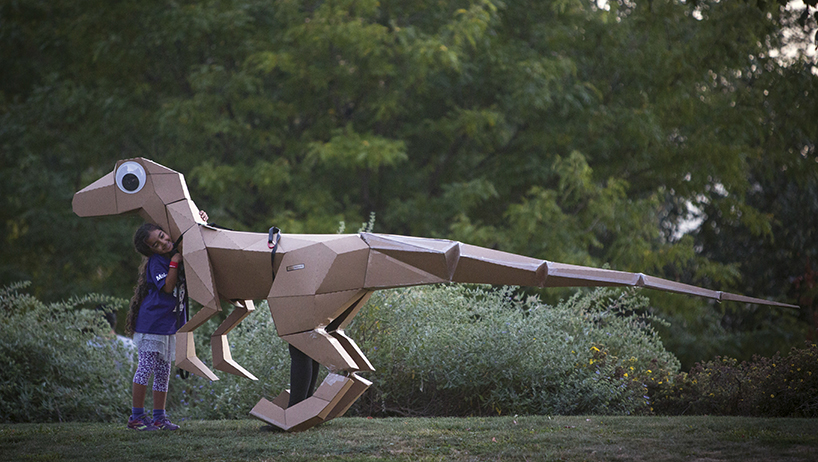 she has also created miniature pterodactyls 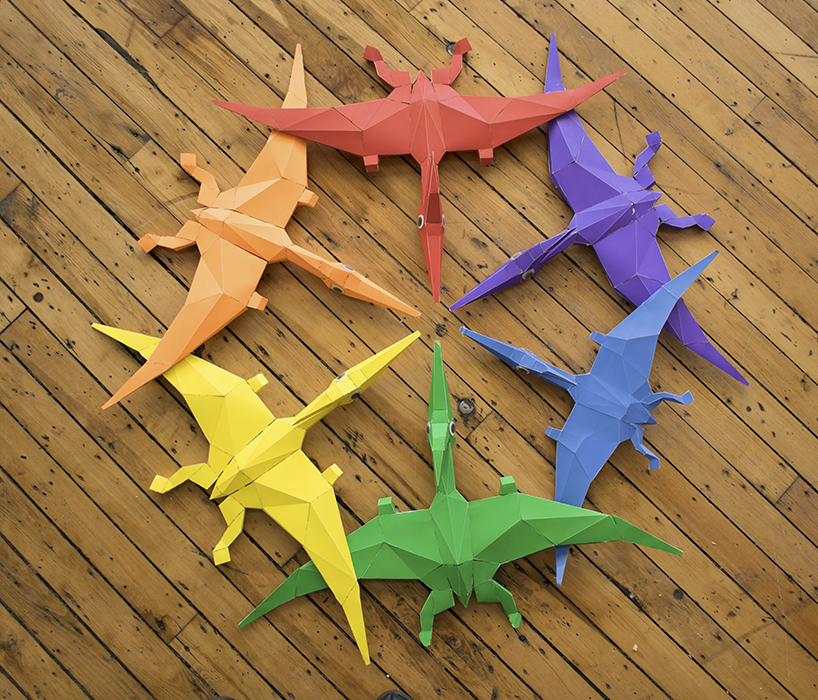 smaller pterodactyls come in a variety of colors