the institut fuer konstruktion und gestaltung (KoGe) based at the leopold franzens university of innsbruck, developed in close cooperation with the international collective archiwaste a tower, reaching a height of 10 meters, entirely built of cardboard for the exhibition ‘carton plein’ in the cite d‘architecture et de la patrimoine in paris. 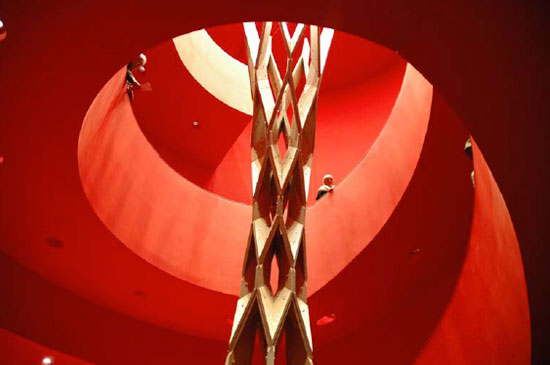 the tower is based on a simple folding principle that creates a unity between material, space and structure. the aim of the project was to keep the value of the existing space, the so called ‘pink staircase’.  the object is not conquering the eye of the staircase, it is adding a new momentum to the moving visitor. the structure opens constantly new views within the movement of the visitor and underlines in that way the vertical component of the space. because the tower is lower than the upper handrail, visitors only discover its existence upon entering  the staircase. 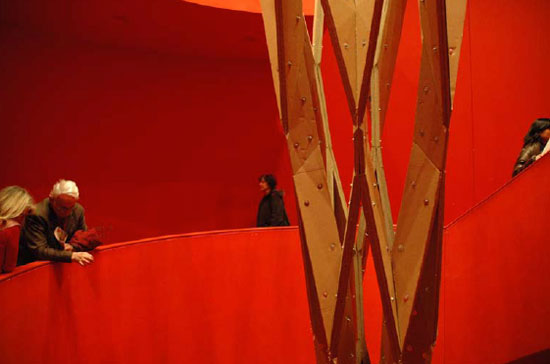 the structure is based in a simple strip with  a changing rotation axis fold. to create the tower it was necessary to bend the stripe in an angle that is defined 360 strips. the starting point was a vertical element from that the bending started in both directions. from this four parameters the geometry of the tower is defined. 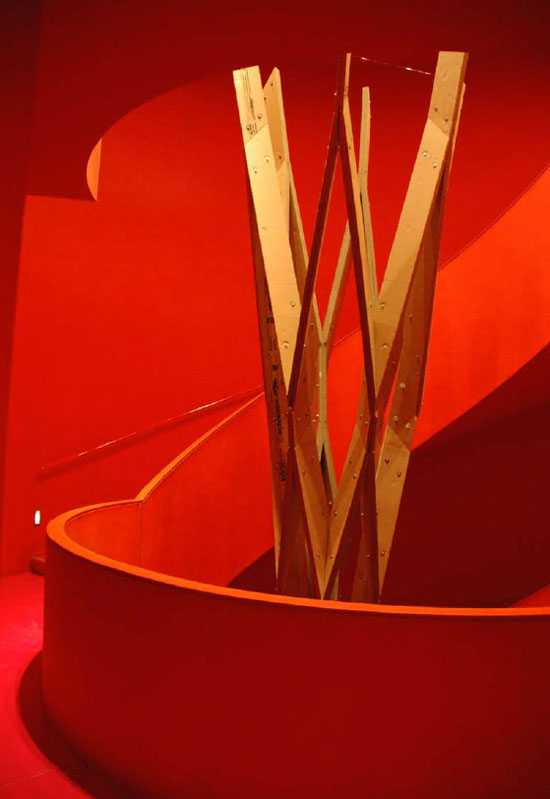 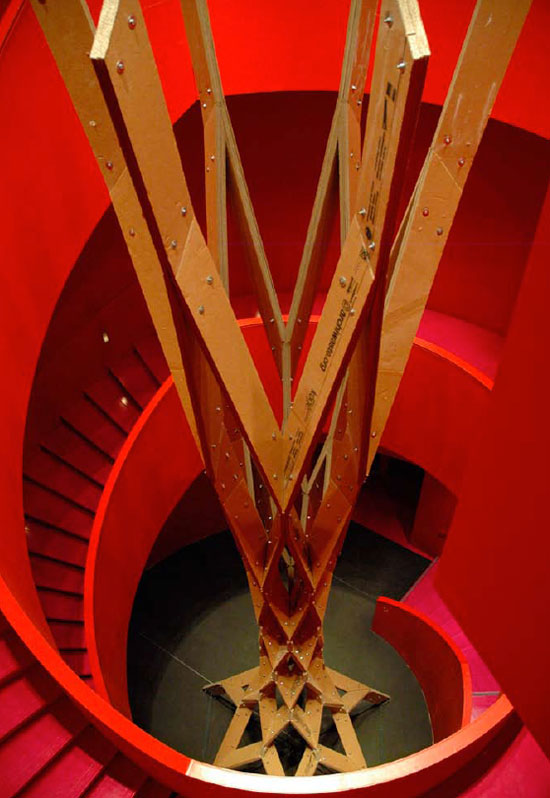 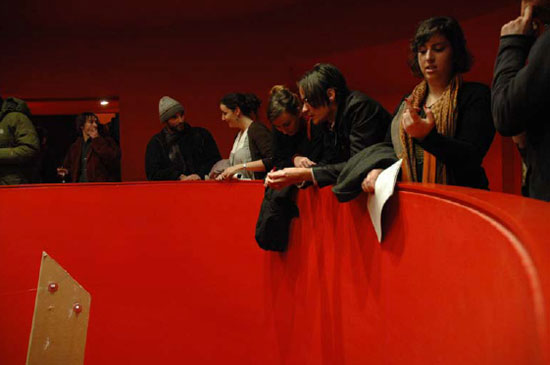 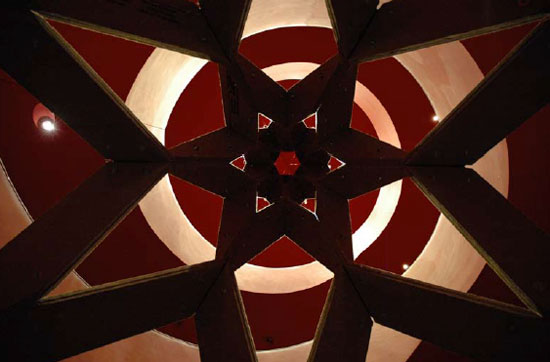 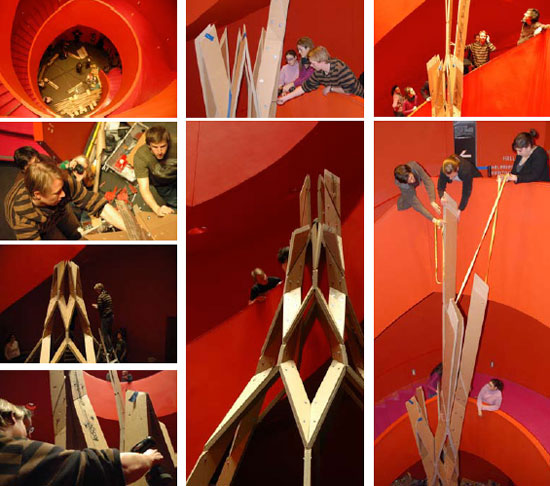 the structure was built on-site in only 9 hours 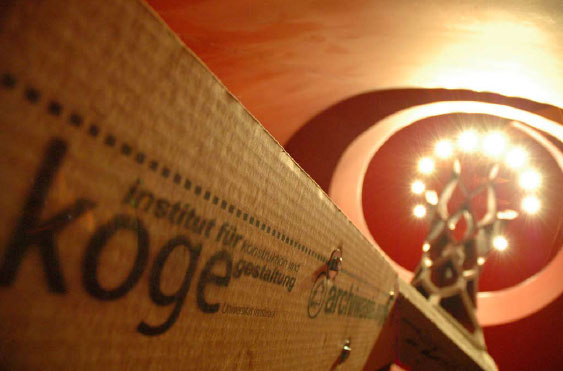 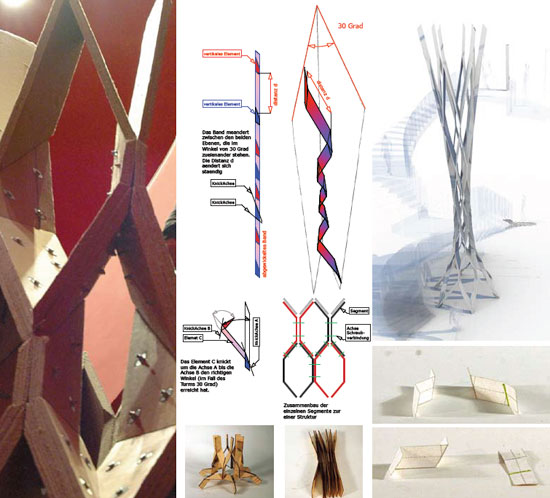 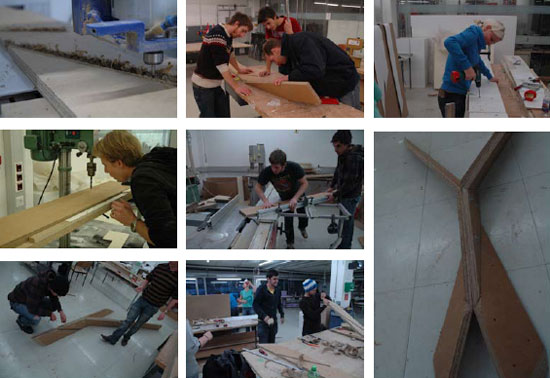 students working on the tower

the parts were CNC milled and afterwards drilled and finished by hand. the tower is built out of 96 elements that are 28mm thick. these elements are hrld together with more than 300 screws and give the tower its height, weighing only 280kg.