with over 5 million vending machines nationwide, japan has the highest density of these machines in the world, accounting one per every 23 people. from food and drinks to underwear and umbrellas, the land of the rising sun has a vending machine that will sell whatever you’re looking for. but while you can find anything to buy from them, we’re sure you’ve never seen a cardboard vending machine.

that’s right, hacomo — a cardboard craft kit manufacturer based in katana prefecture’s higashi kagawa city — has developed a cardboard vending machine. the full-size machine has slots for 12 different drinks and works with an analog mechanism without electricity that uses rubber bands to make sure the desired drink is delivered. 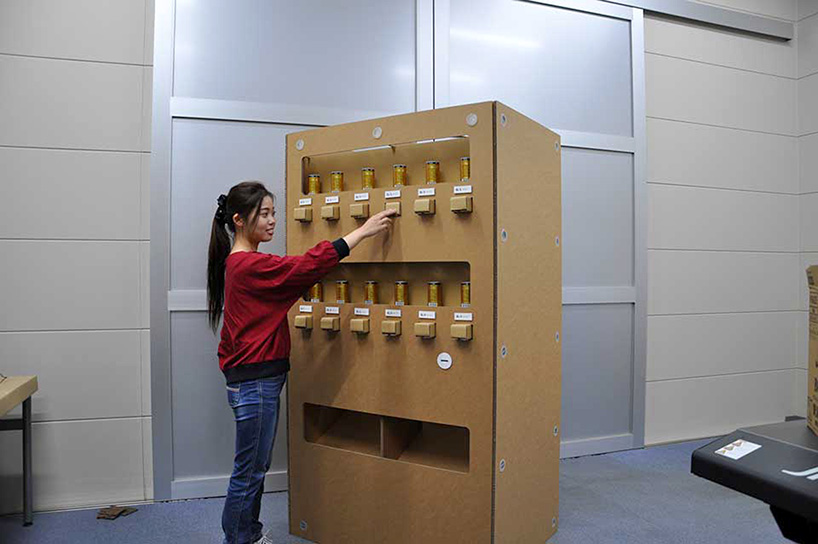 the demonstration video above shows exactly how the cardboard vending machine works. there we see a woman putting a coin into the slot and pressing a button that releases a can of coffee into the retrieval tray. the video continues to the backside of the machine where the mechanism is revealed — heavy duty rubber bands and interlocking tabs.

the company is not offering the machine for sale, but you can order a small 3-drinks one on amazon here.