milan-based creative duo carnovsky (francesco rugi and silvia quintanilla) present ‘la selva’, their first show in the UK at dreambagsjaguarshoes in london. carnovsky is known for their use of the RGB technique which consists of overlapping three primary color images, resulting in a detailed, multilayered print. placing a red, green or blue colored filter (or light, transparent material) over the image reveals one of the three levels. each of the individual layers are designed to relate to the others, but at the same time, connect to a different psychological or emotional status as images pass from the clear to the hidden.

on this occasion the duo has chosen the theme ‘jungle’, exploring its twisted and dense vegetation and unusual creatures through new wallpapers and limited edition prints. the exploration of the jungle theme also lends itself to another, ‘the night’. as part of this exhibition, rui and qunitanilla present peices from a new series that represents an evolution of their RGB project: RGB – the black series. ‘la selva’ is on view until september 21st, 2011. 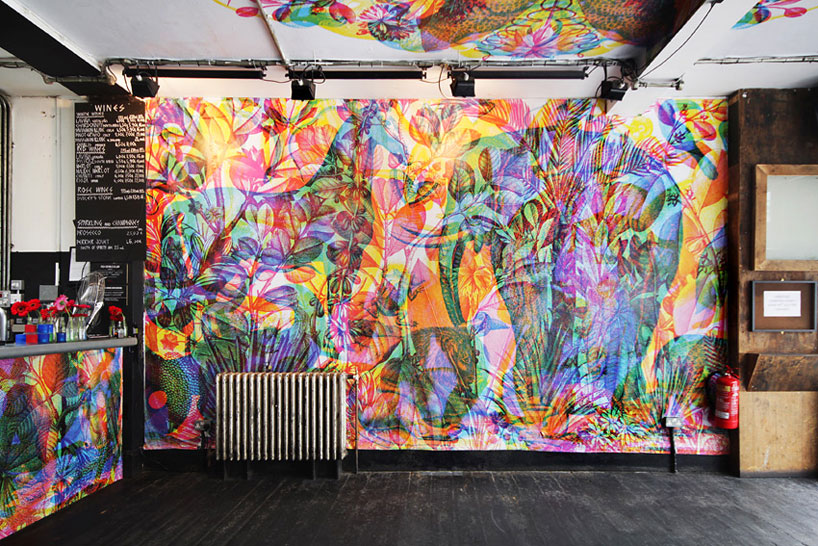 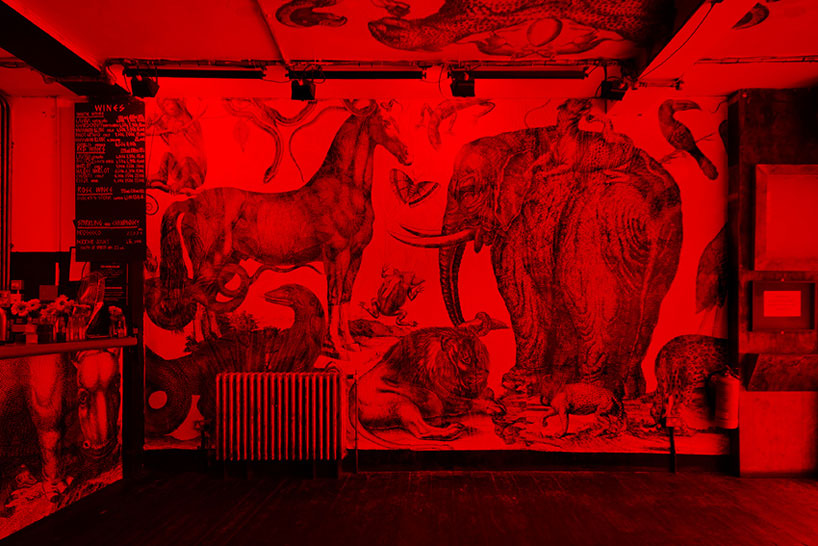 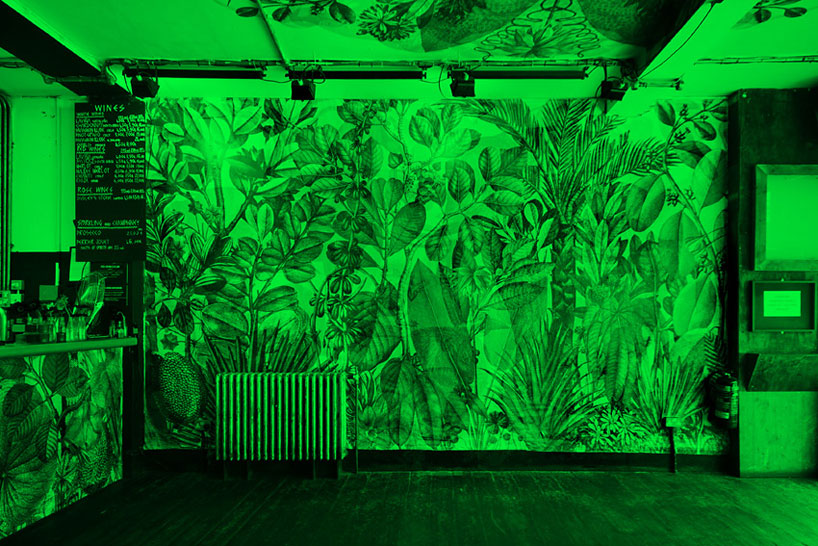 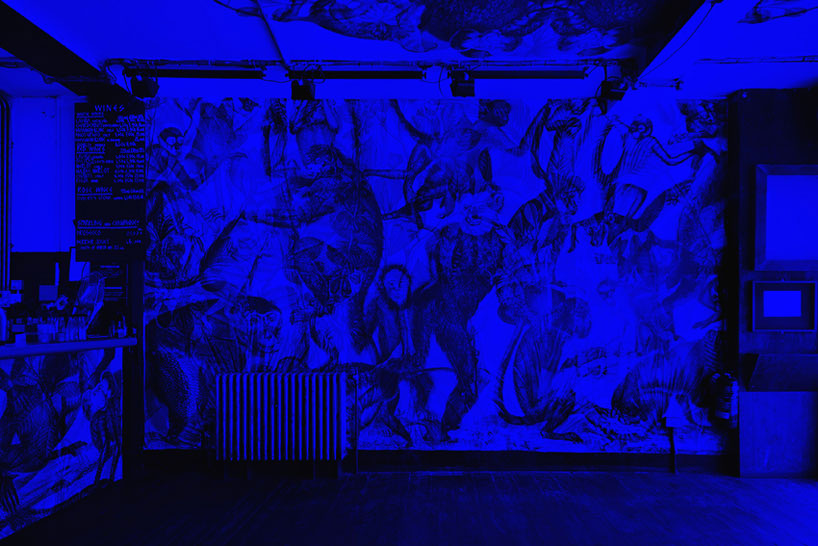 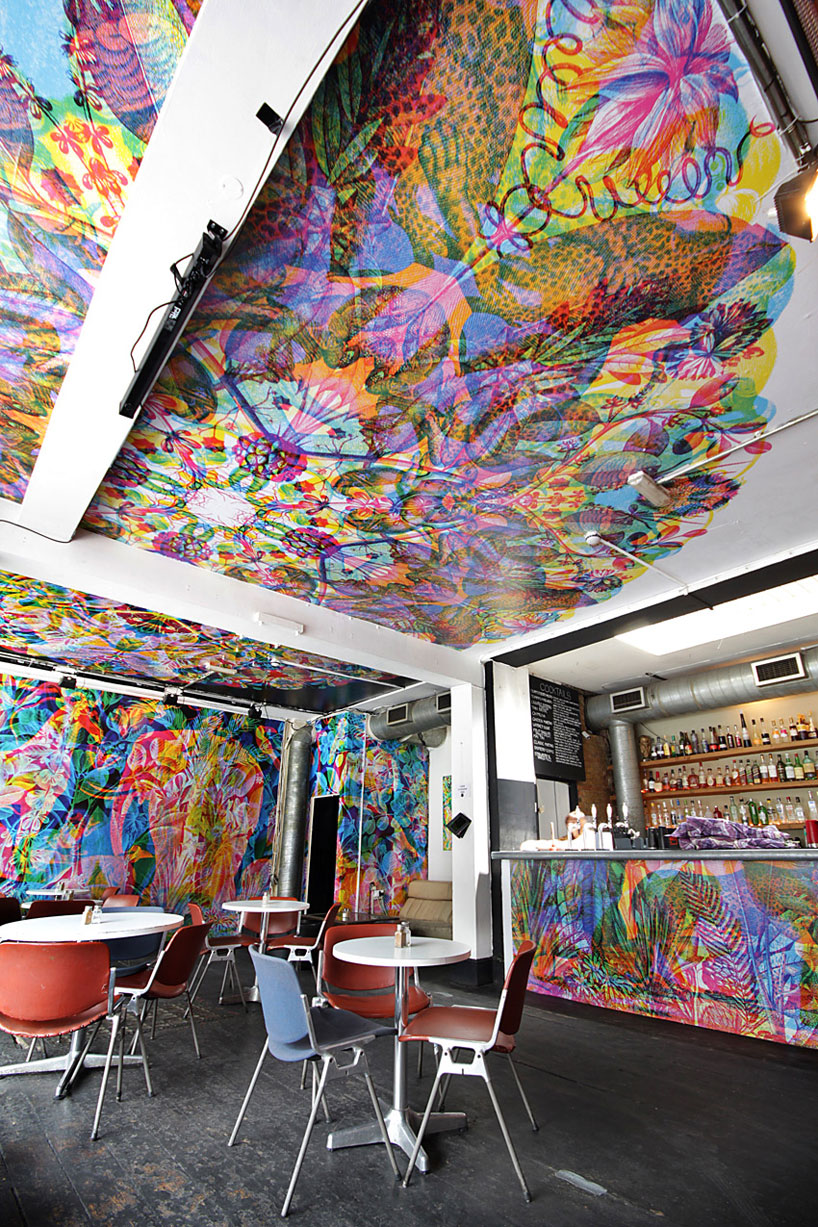 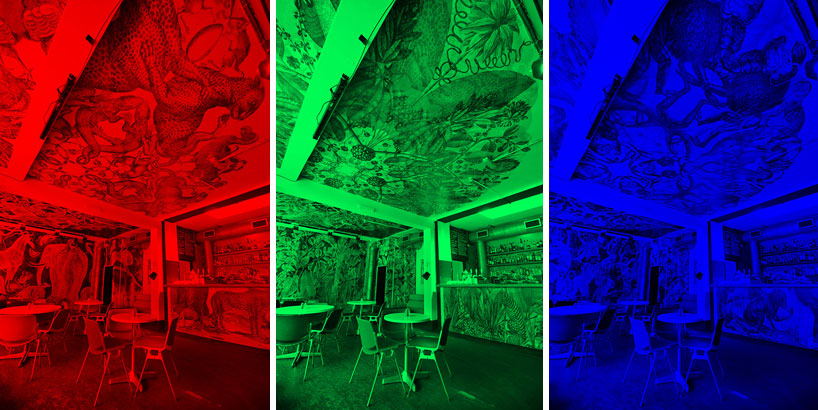 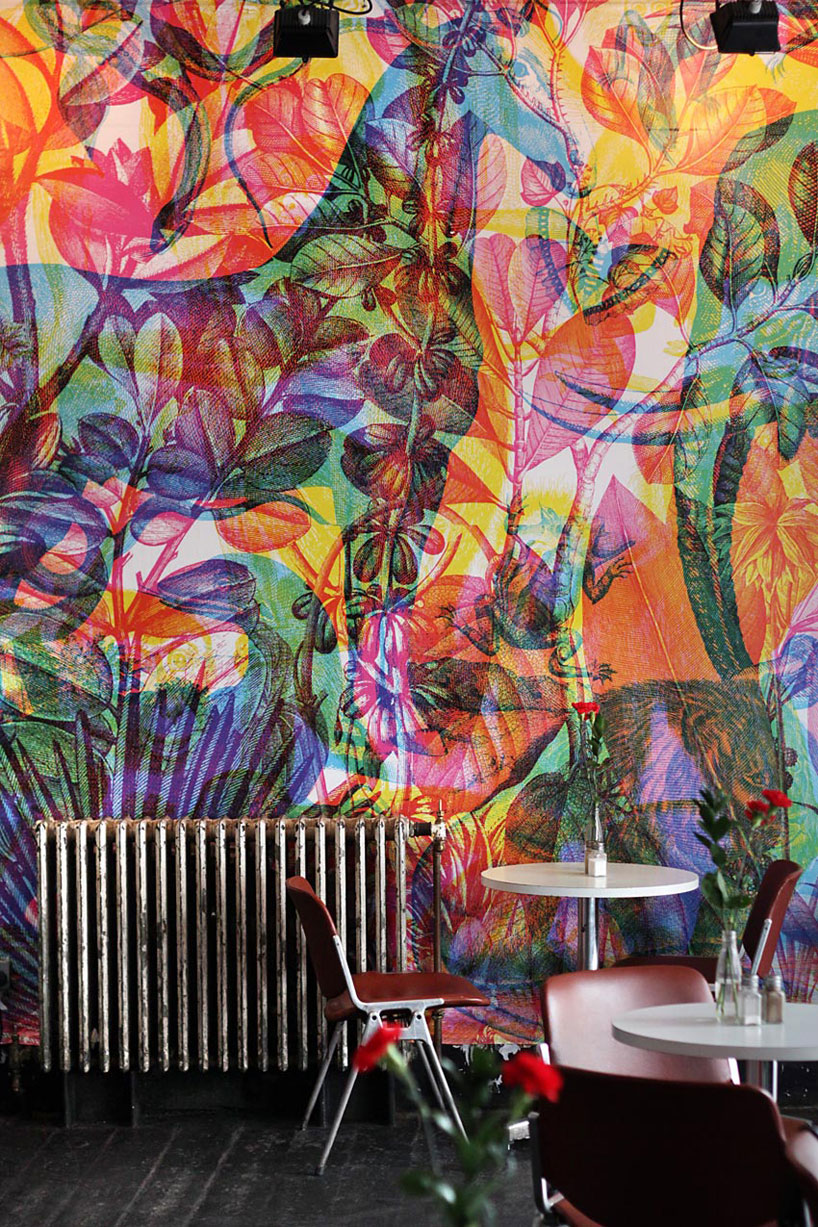 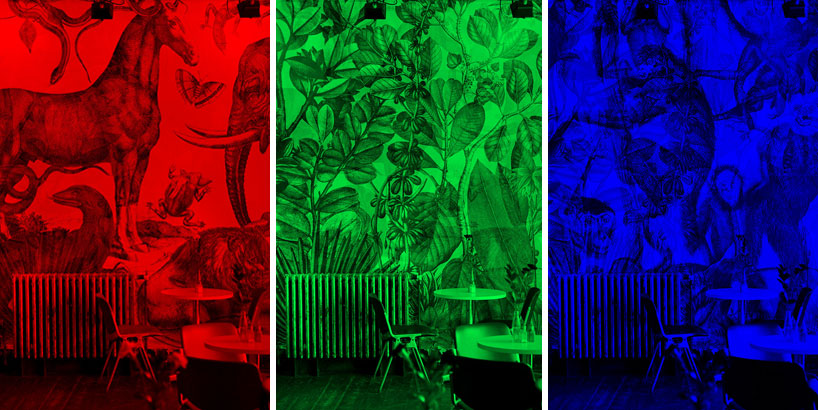 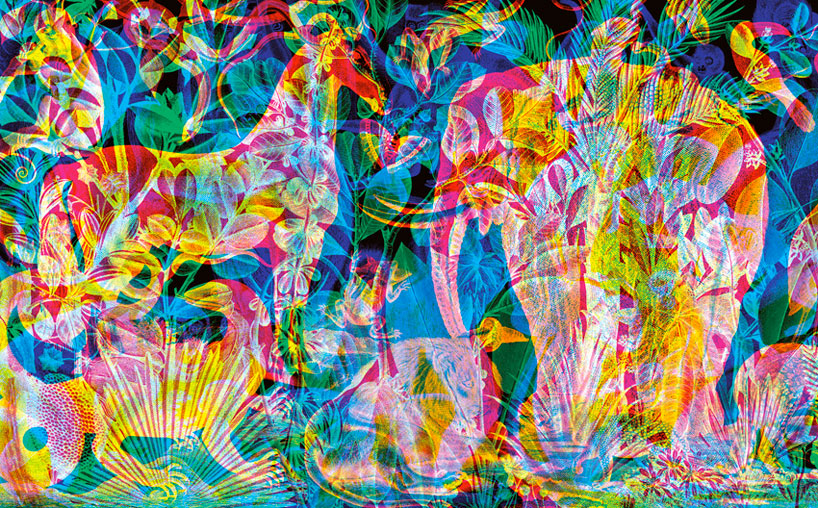 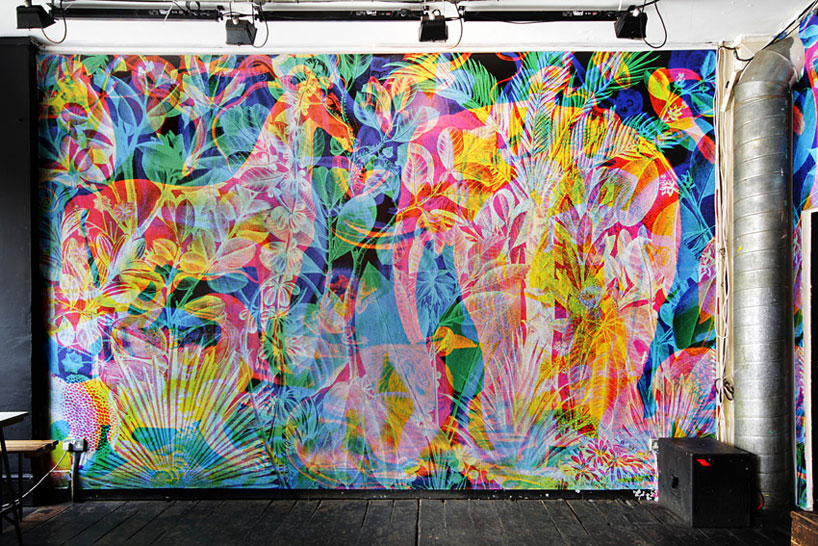 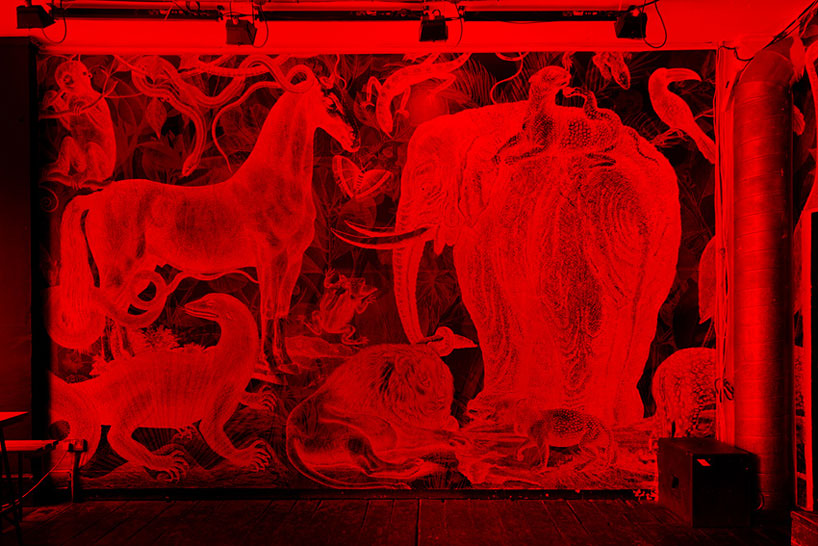 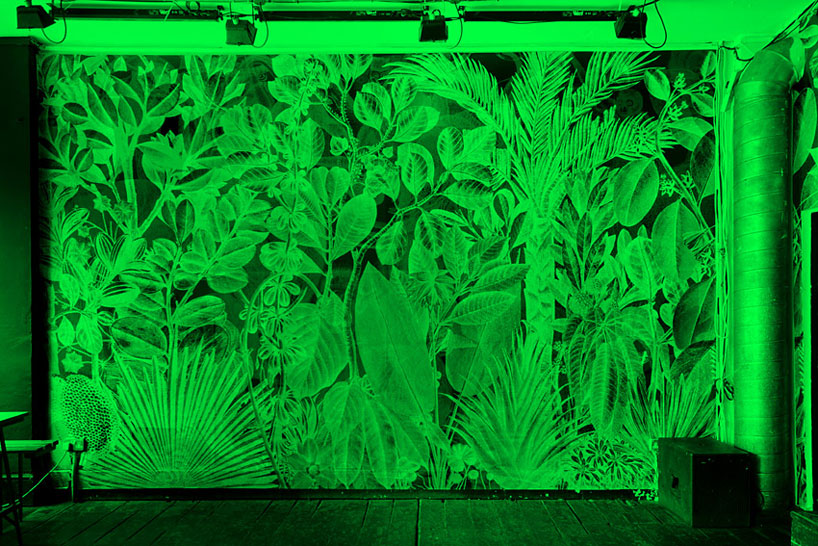 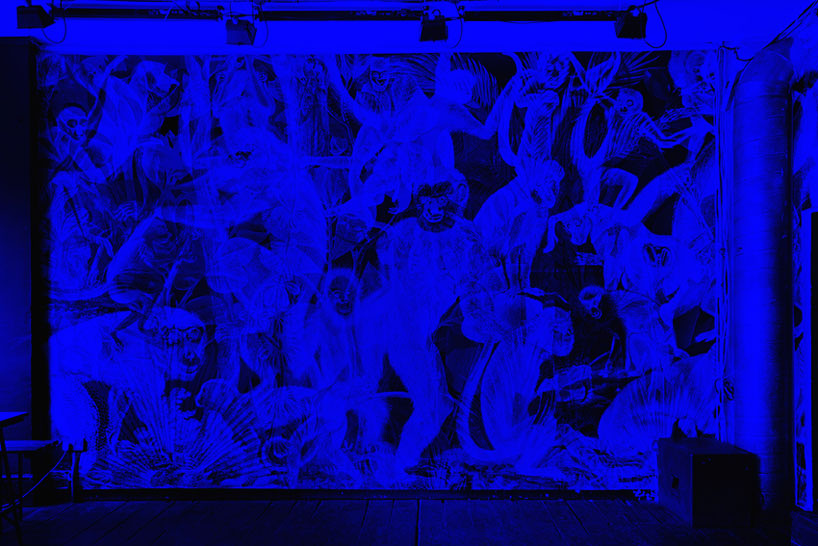 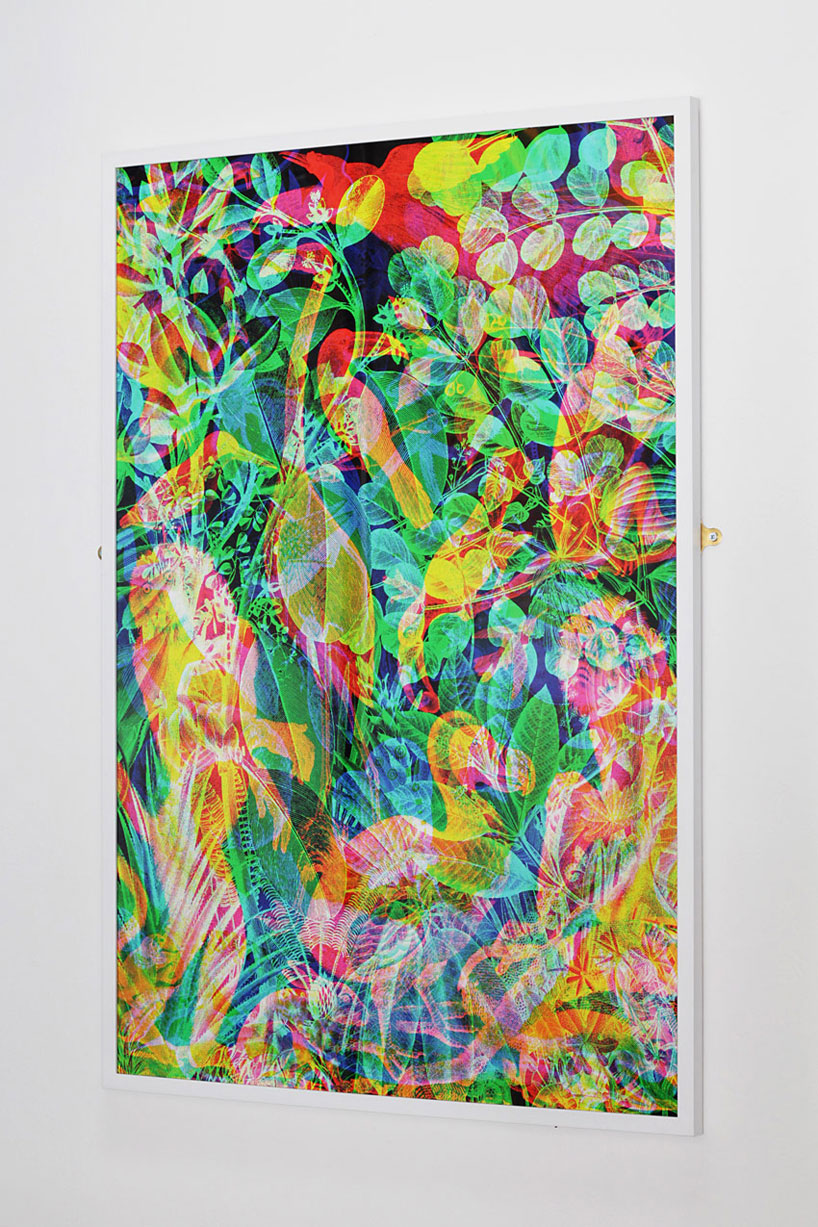 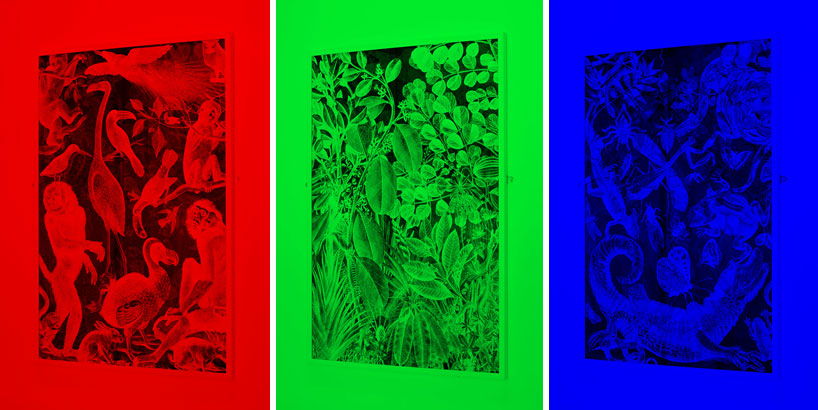 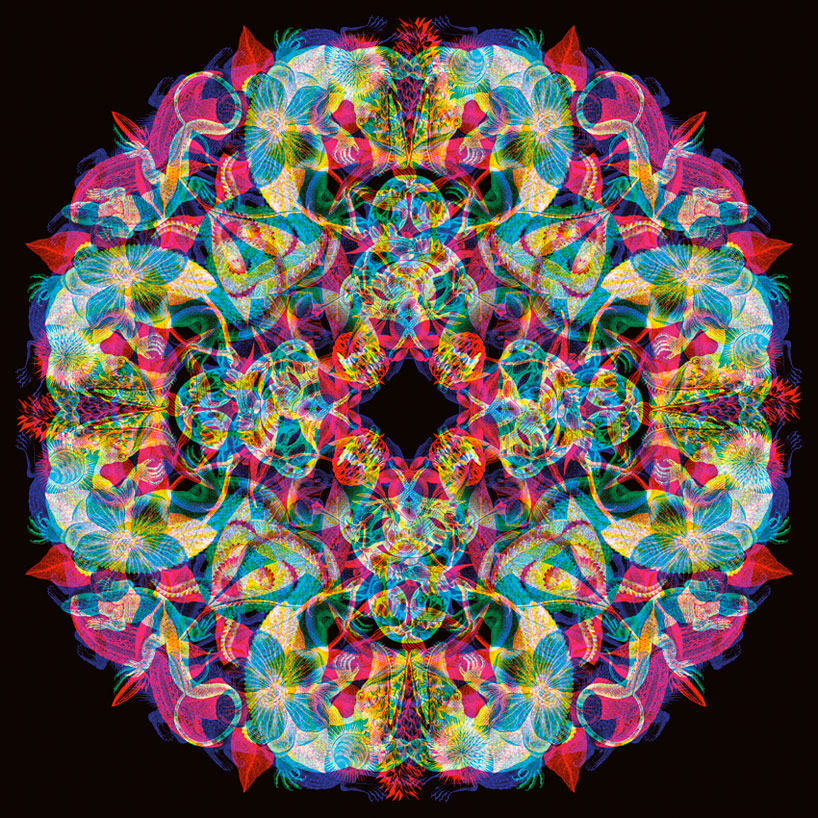 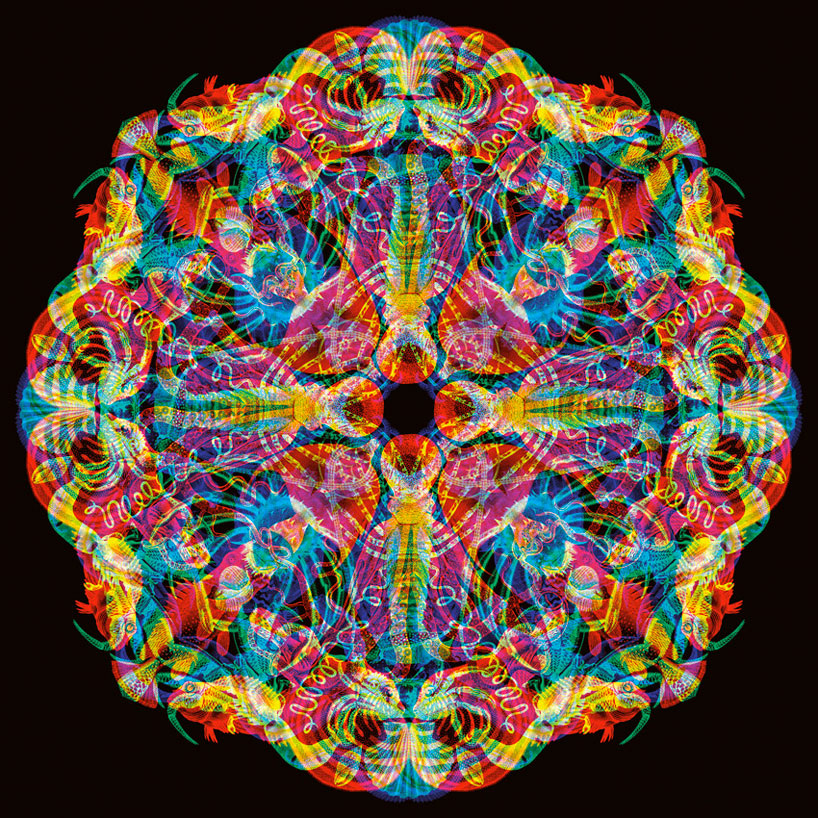 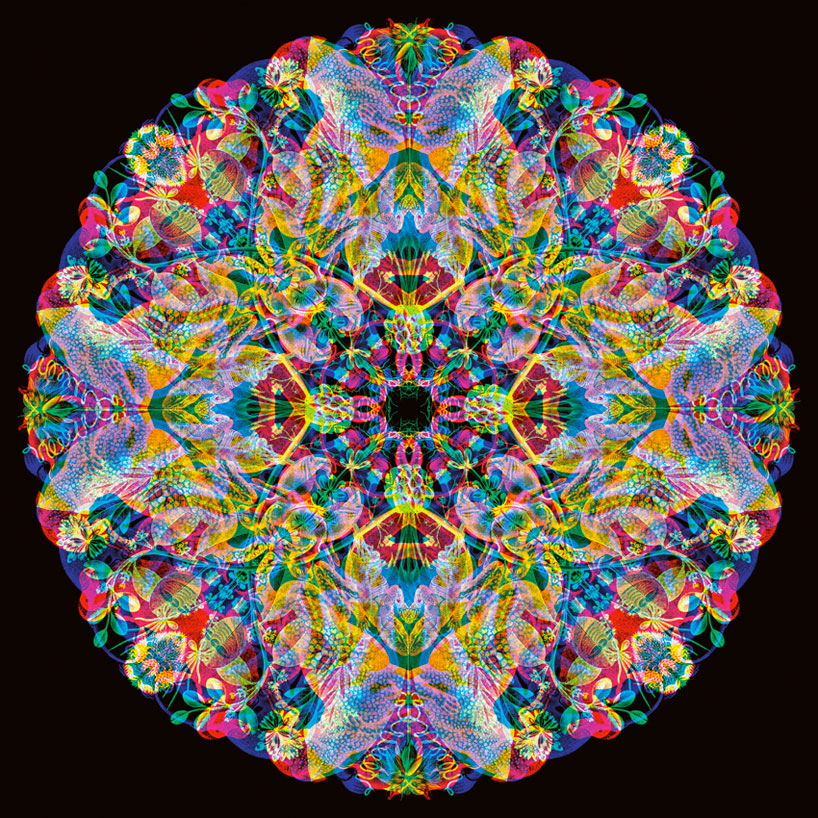 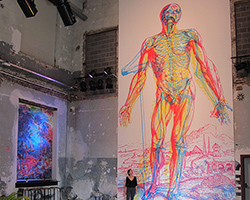 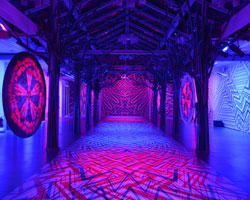 May 04, 2013
carnovsky: zigzagging installation for missoni 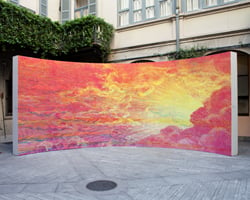 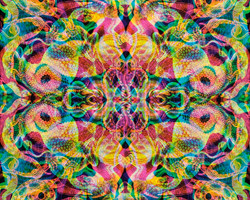 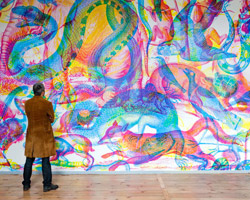