vietnam-based carota design has conceptualized the classic E-bike. featuring a chopper-like frame style, some have noticed its design might reference harley davidson’s broad track racers from the 1910s and 1920s while details like the faux girder fork, whitewall tires and solo leather saddle might come from the F-head models. 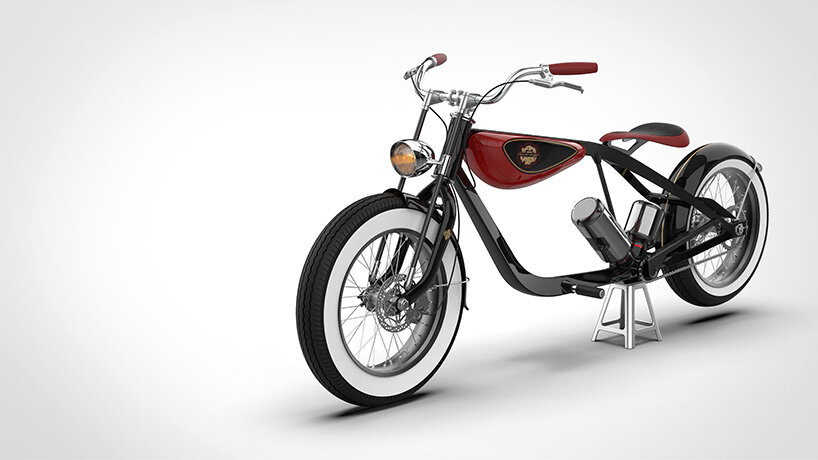 created as a premium transportation solution for urban riders, the classic E-bike by carota design features a V-twin electric drivetrain below the seat powered by a battery pack located where the fuel tank should be. the white fat tires not only support the whole body of the bike, but also seem to act as suspension as there doesn’t seem to be a system available. 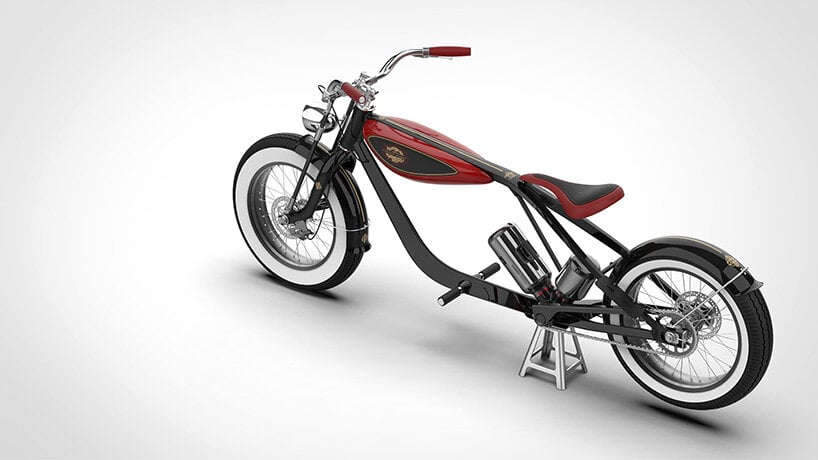 the frame has been stretched in such a way that the empty space is emphasized, resembling a lowrider bicycle. mid-rise handlebars together with the strut-mounted fenders render the bike in a contemporary style without forgetting its retro vibe. 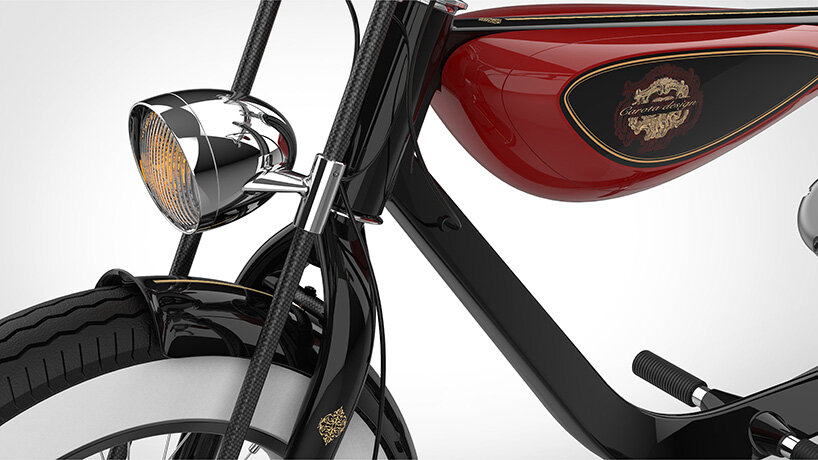 ‘think about it as an alternate future where the V-twin power train never really took off,’ said the team at carota design. ‘it would replace a bike in your daily commute in the city or simply to impress your friends at a sunday brunch gathering.’ 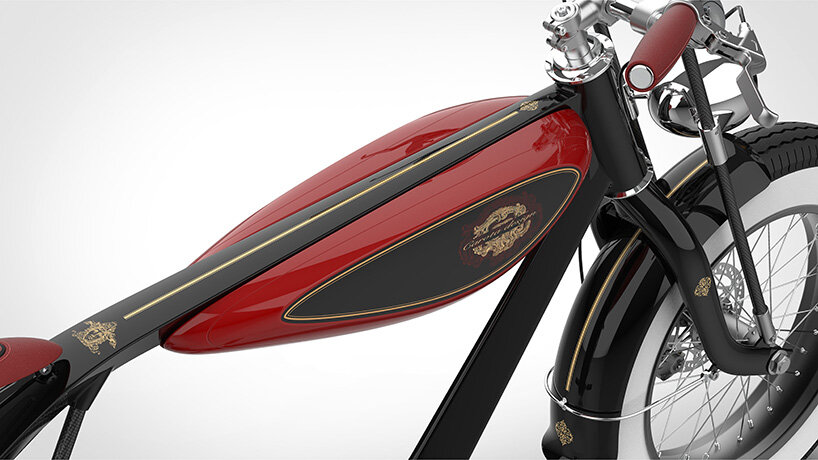 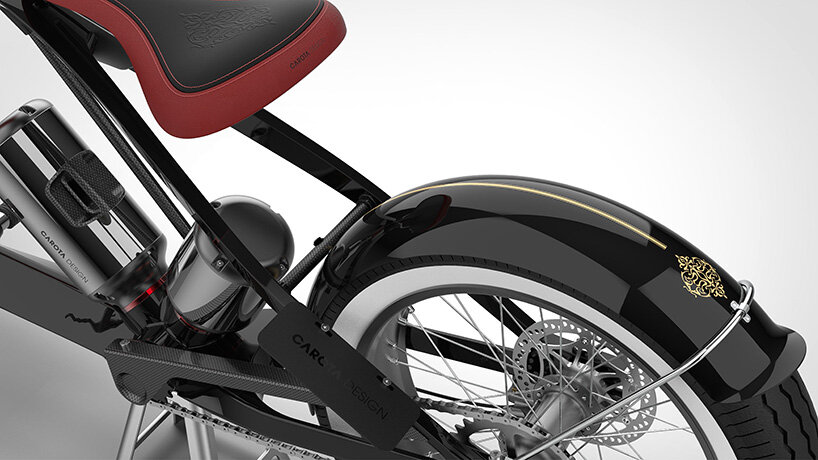 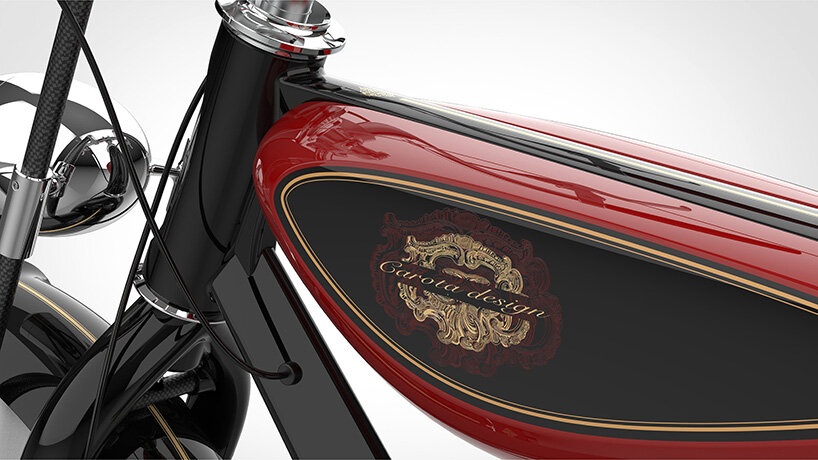 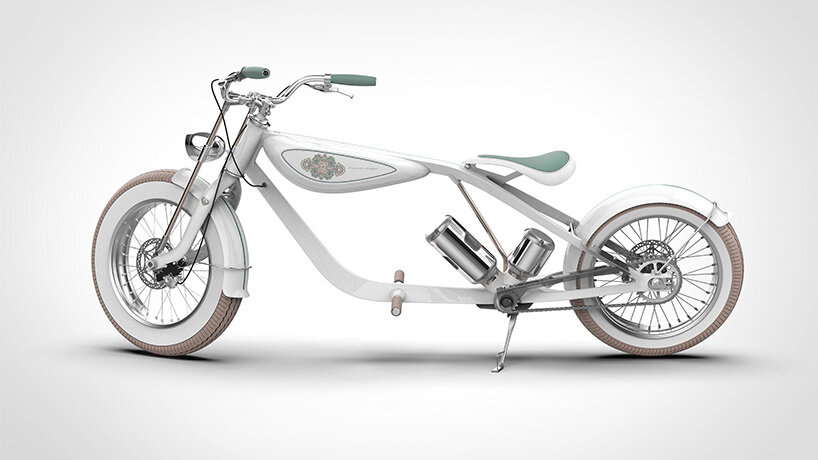 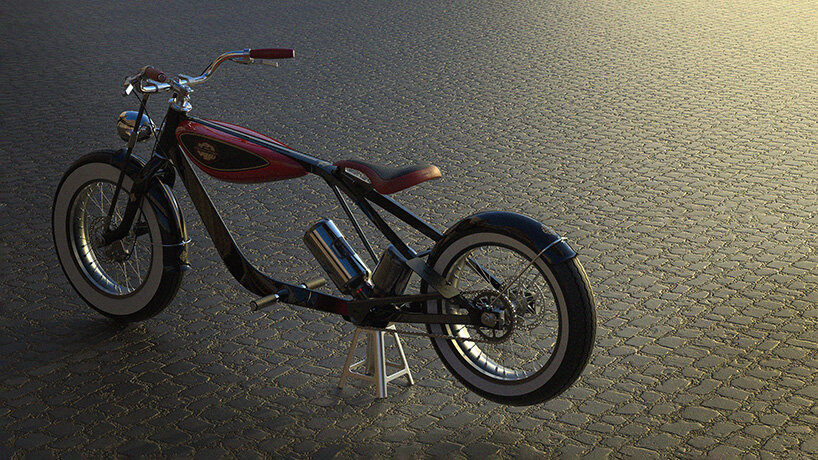