with their first exhibition of the year, a group show called ‘new works only’, the parisian carpenters workshop gallery has debuted the latest pieces of artists and designers that include atelier van lieshout, andrea branzi, nacho carbonell, ingrid donat, mathieu lehanneur, frederik molenschot, rick owens, wonmin park, and robert stadler. parallel and in dialogue with these works, two artists who have recently joined the gallery — normal studio and giacomo ravagli — will also be presenting projects. 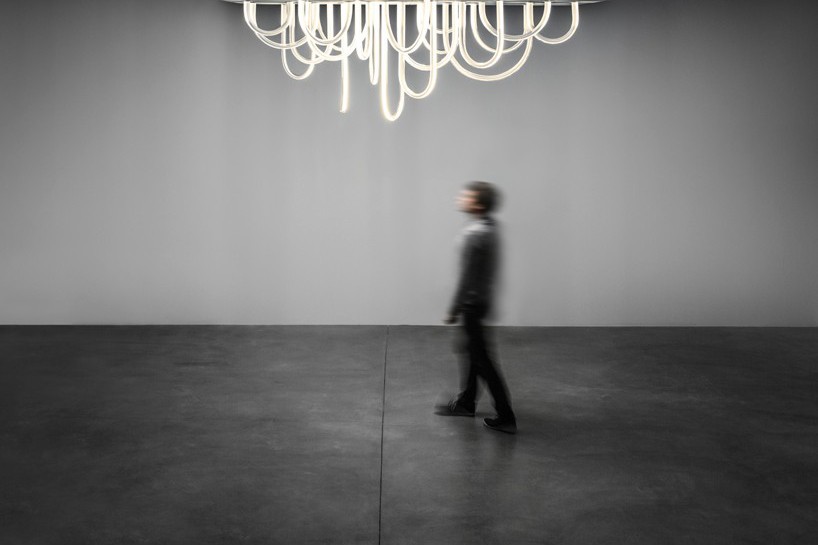 french designer mathieu lehanneur brings forth a contemporary reinterpretation of the classical chandelier ‘les cordes’ — a piece made of glass tubes and LED lights that resembles suspended ropes. the chandelier’s tubes weave in an out of the ceiling, giving a sensation of gravity with its different sized components. another version of this hanging lamp can be found installed at the decorative arts museum of marseille, france. 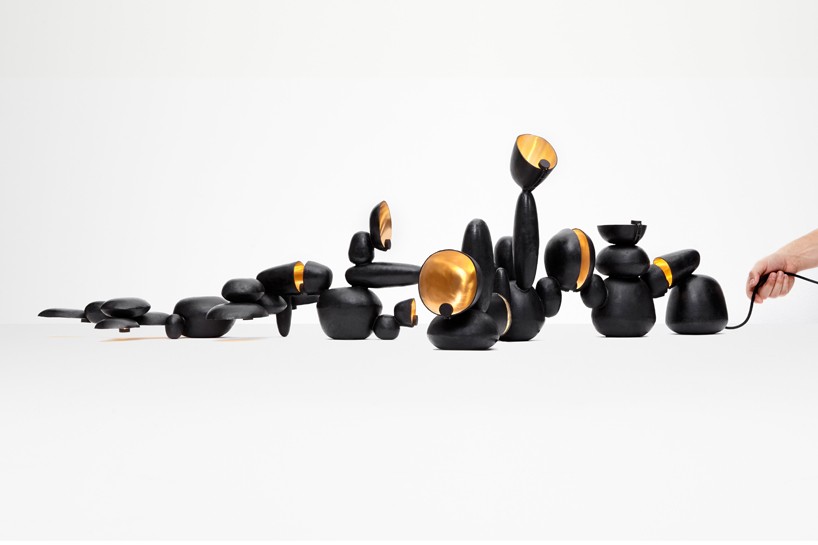 design company normal studio, founded in 2006 by jean-françois dingjian and eloi chafaï, showcase their ‘perimetre series’, a set of tables made in concrete, that fully embrace the idea of functional sculpture. their work takes on a different perspective to northern european design trends, focusing mainly on machinery and industrial aspects of design that can be easily reproduced. their resulting products, although machine-made, portray the delicacy of those who make art out of industrial manufacturing. 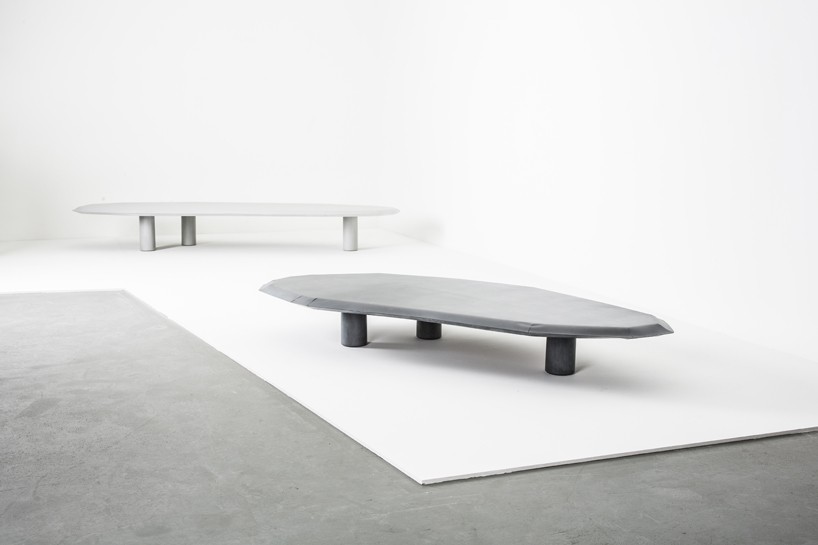 designer giacomo ravagli who comments that he ‘gives rational shape to the irrational and irregular form,’ is part of the exhibition with ‘lamp barometro’, a piece composed of metal and rare italian marble that stands out thanks to its elegance. the lampshade is made of copper and has a geometric shape that contrasts with the organic yet angular shape of the marble. the stone sits in contrast with the metal, being the first one durable and natural while the other one will eventually patina. 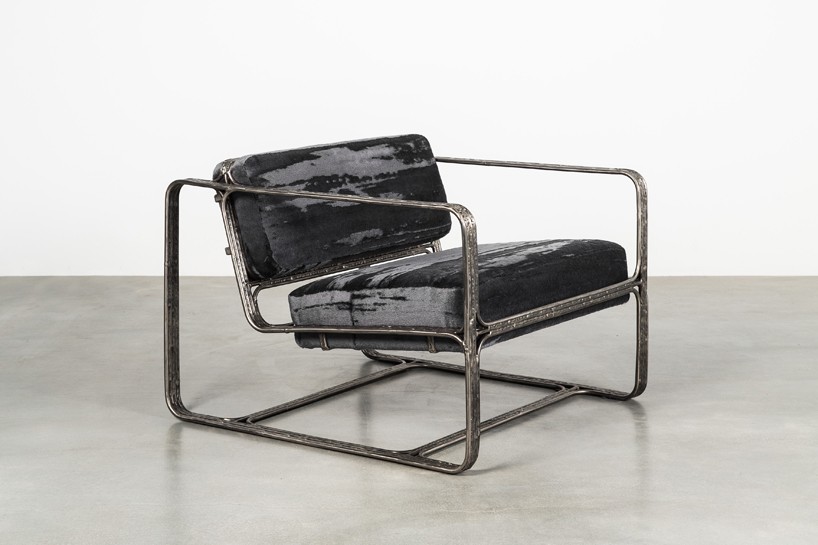 rick owens and ingrid donat are showcasing bronze works. donat’s ‘cisco’ is her sideboard that displays her personal style and is accompanied by ‘bibliotheque 4 saisons’, four standing wall panels with carvings on their surfaces. as for the other artist working with bronze, rick owens exhibits his fresh take on his previous ‘plug table’, juxtaposing bronze and plywood.

the works on show are not linked by a particular material or subject but offer a fresh view on the diversity of contemporary creative practices. designboom recently visited the exhibition. 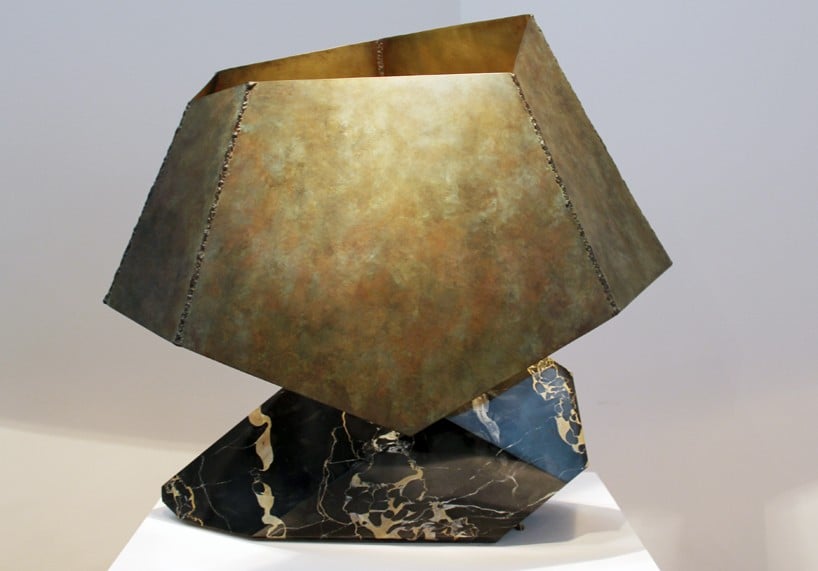 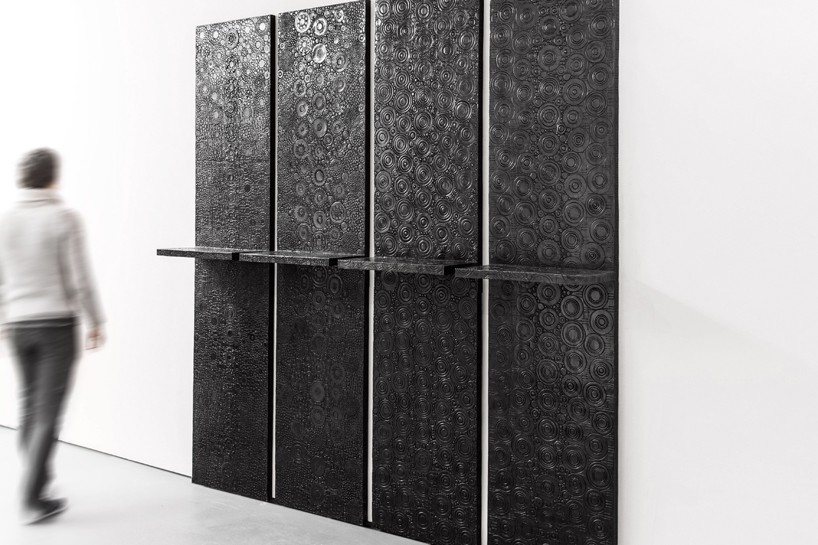 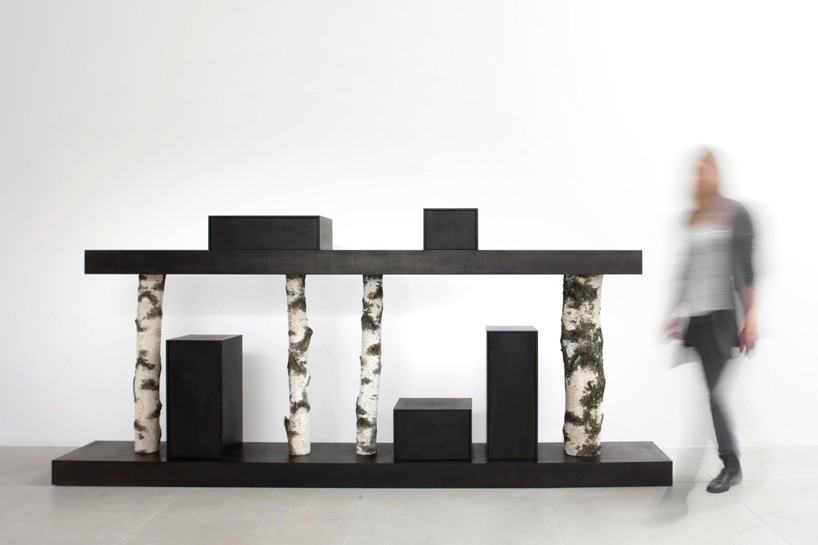 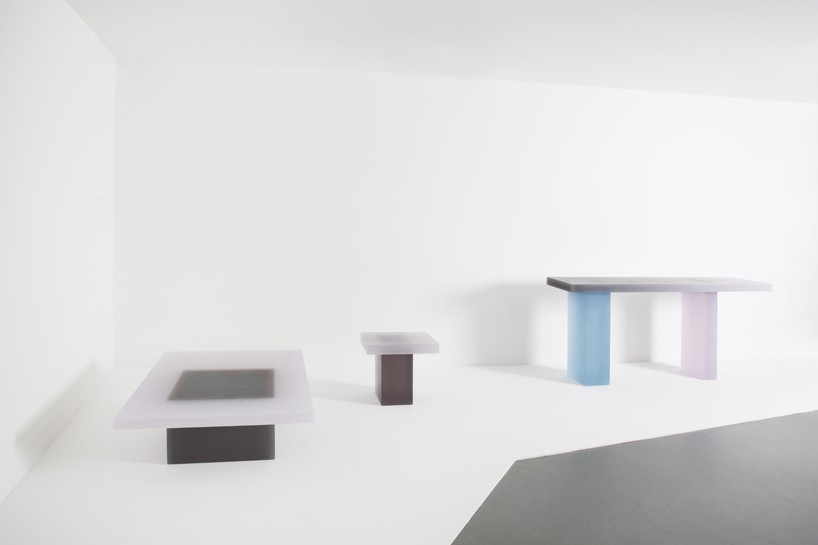 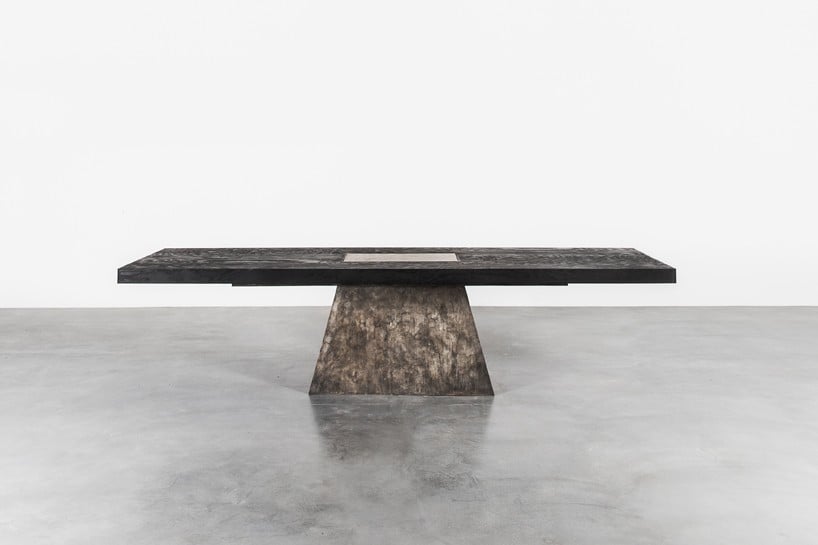 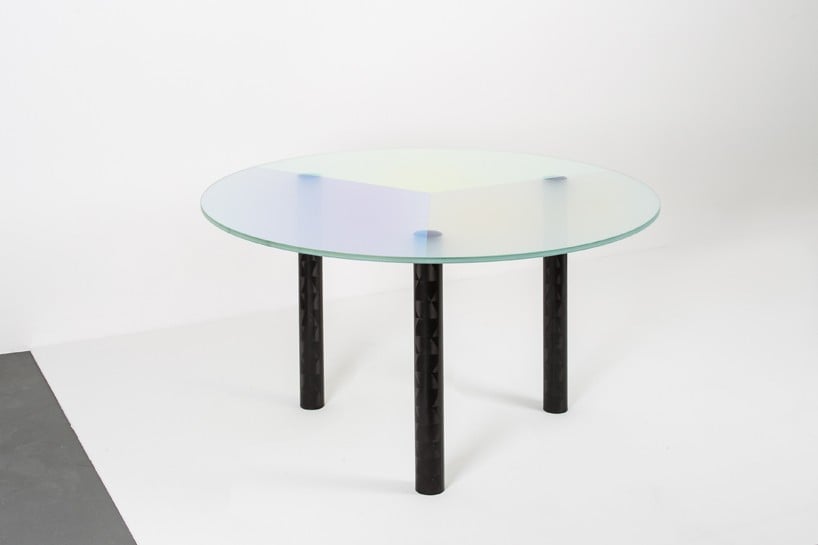