graphic designers  eurydyka kata and rafał szczawiński, founders of re:design, celebrate sex and the city’s 20 anniversary with a poster featuring main character carrie bradshaw’s 69 most important looks. ‘we often celebrate things – and shows – that have been important to us with posters and we felt carrie deserves this recognition,’ the designers mention. 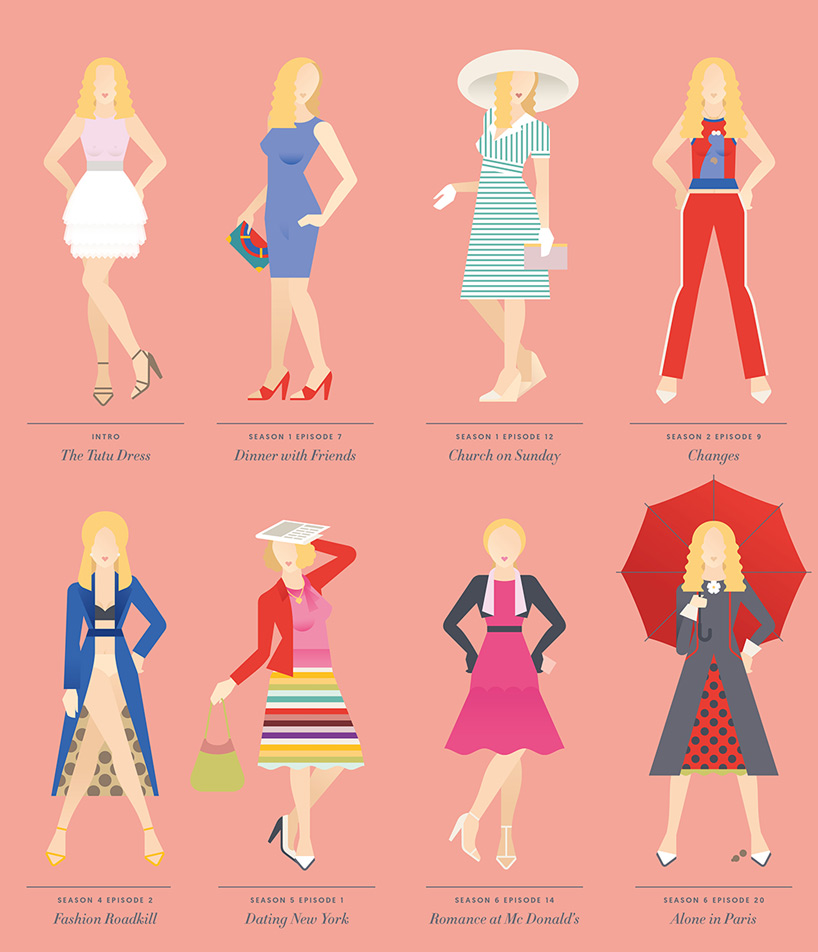 a few of the studio’s favorite outfits

‘during the research phase we sketched more than 90 interesting looks and then trimmed the list down a little,’ the re:design duo mentions. as this year marks the 20th anniversary of sex and the city, the studio decided to celebrate one of the cult shows of the late 90s/early 20s that changed the way people talk about sex and female friendship on TV. the poster feature outfits which were somehow connected with the show’s plot and reflect the various events that happened in carrie and her friends’ lives. 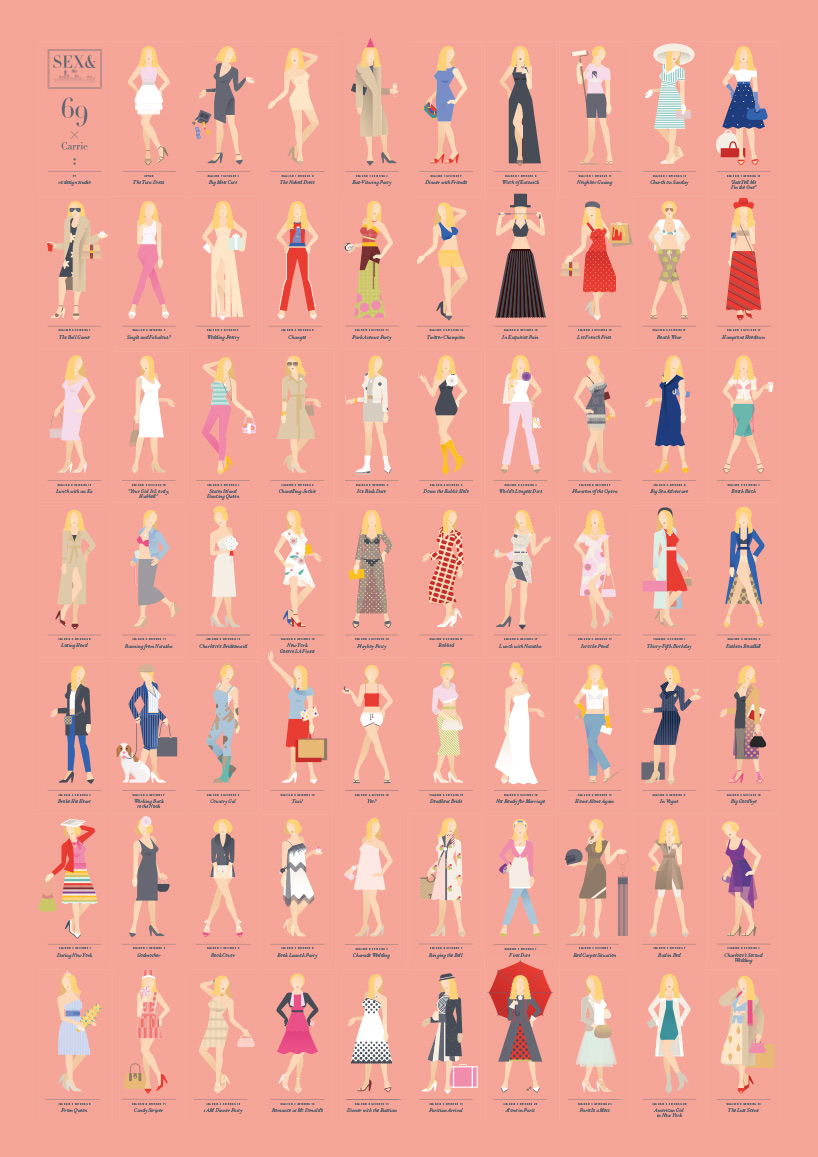 the entire poster with 69 outfits 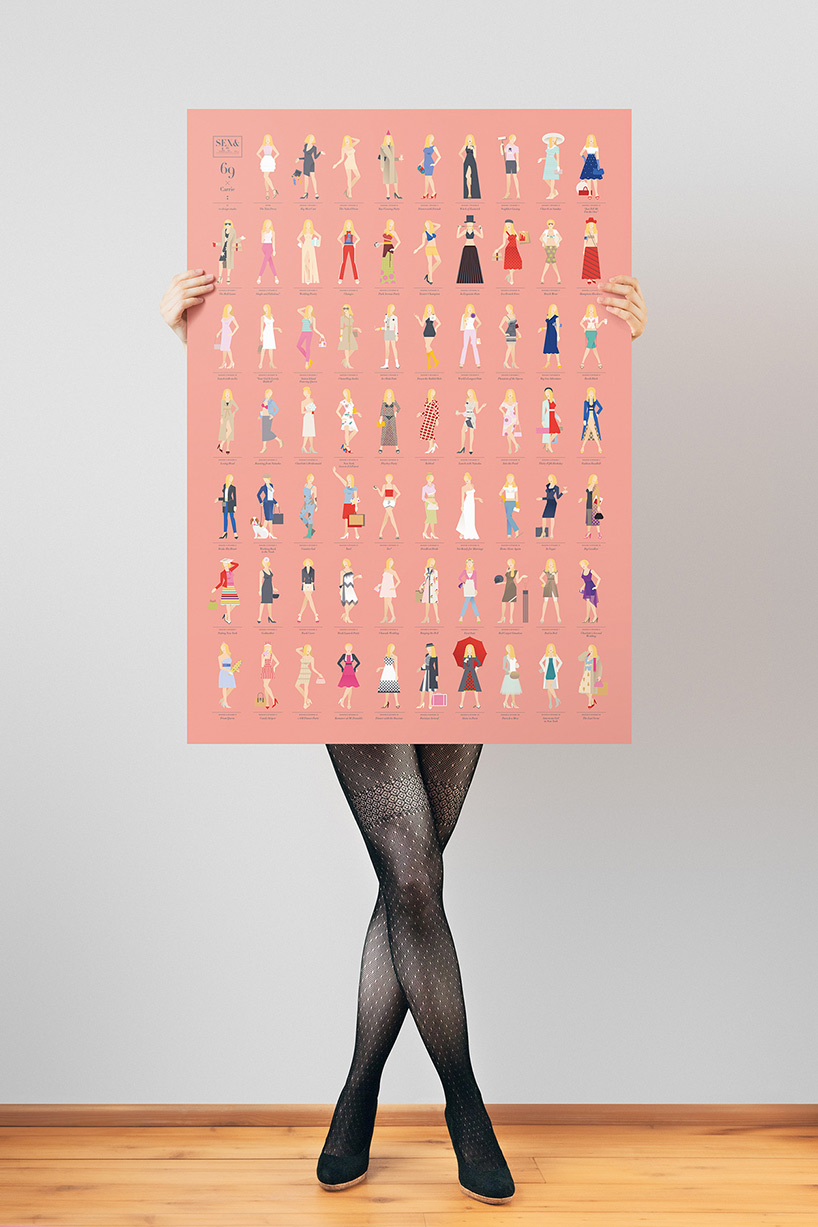 carrie and the city poster 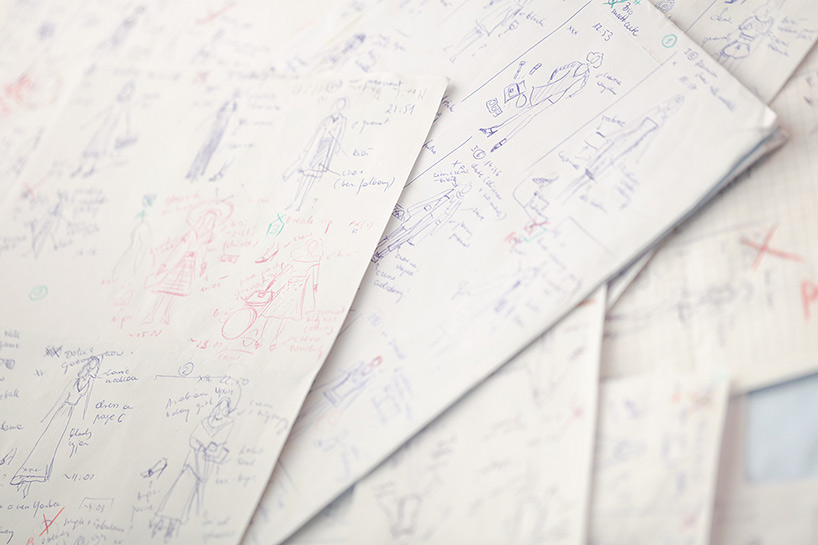 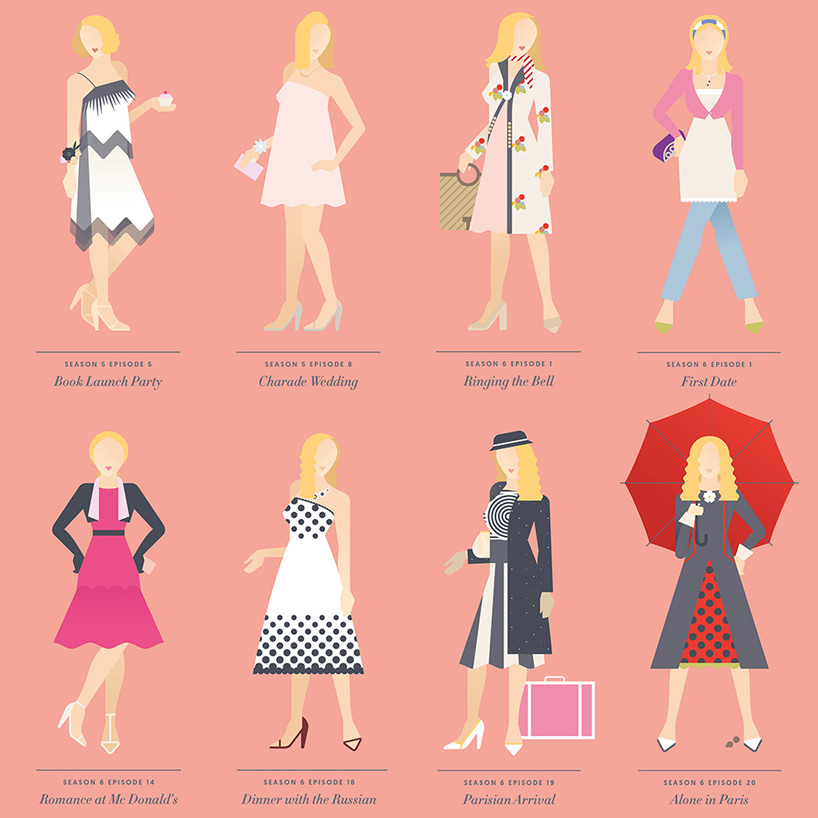 last seasons had probably the most elaborate outfits 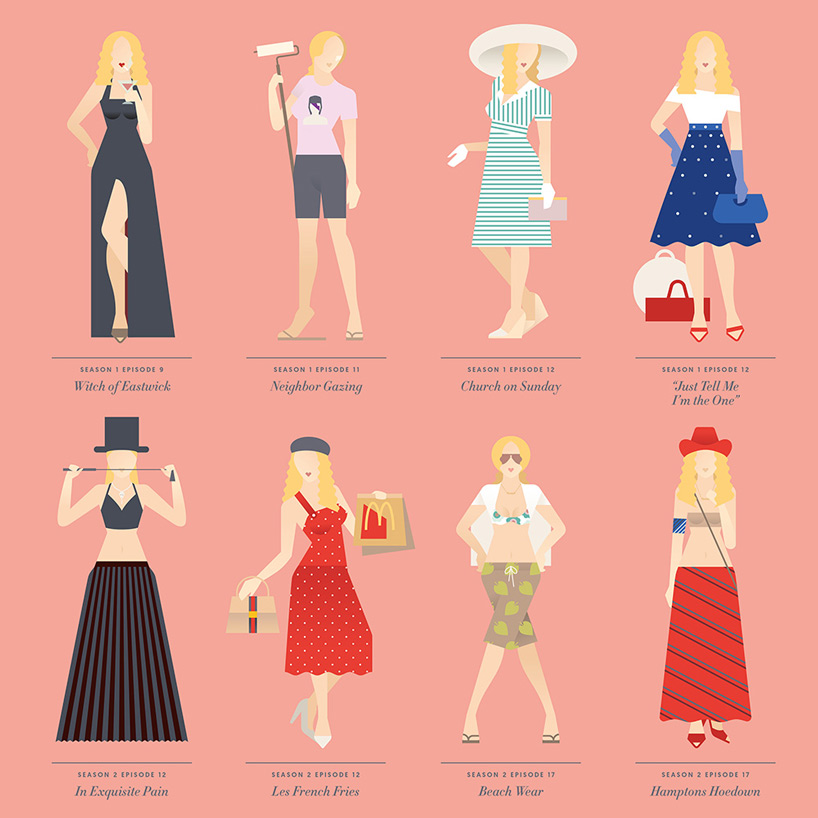 early seasons and their emotional turmoil reflected in clothes

that time when Carrie got a bird clutch purse

this was a problematic episode but a memorable look

the newspaper dress in which carrie met natasha for lunch

the dress for a playboy party in LA

that time carrie had to watch pete

the glamorous carrie with the russian