at the core of the work of belgian artist carsten höller is the perpetual question of the conventions that govern the way we lead our lives and whether indeed it is possible to imagine things in a fundamentally different way. in developing the ‘flying city tableware’ for the german porcelain manufacturer nymphenburg, carsten höller has devised an edition that takes up this theme in a new way. 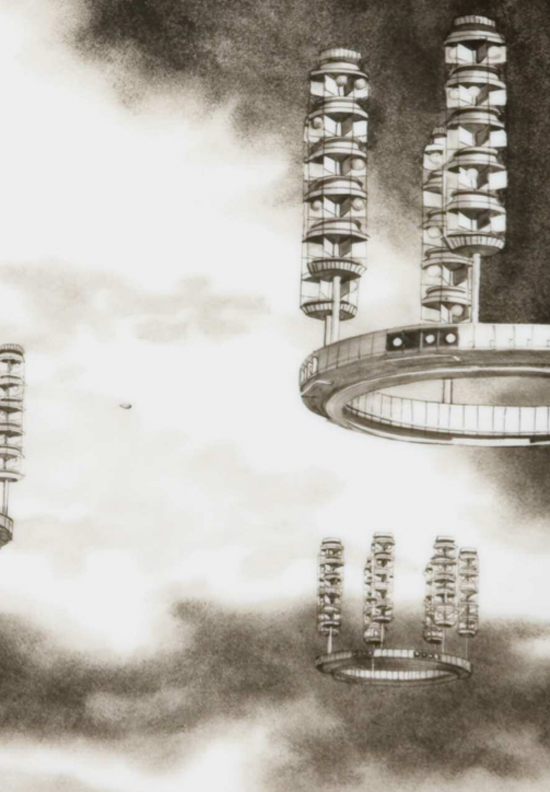 enlarged detail from the service plate of the ‘flying city tableware’

the tableware collection is comprised of a service plate, a dinner plate, a side plate, and a teacup and saucer. each is decorated with a design relating to two fundamentally different sources: georgy krutikov’s design for a flying city (1928) and the rotating benham top or disc (1894–95), named after its inventor, charles benham. höller chose wolfgang von wersin’s lotos service (1932) upon which to present the motif – tableware that belongs to the classical nymphenburg services. 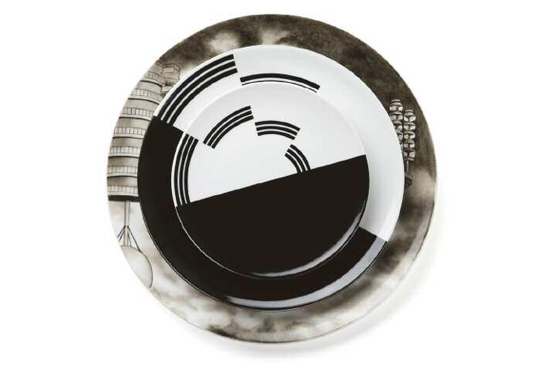 carsten höller has already used both motifs in earlier works: the benhamesque stripes in masonwheel (2001) and latterly krutikow’s visual worlds in the double club (2008-09) in london. here, he brings both motifs together for the first time in his latest tableware collection. 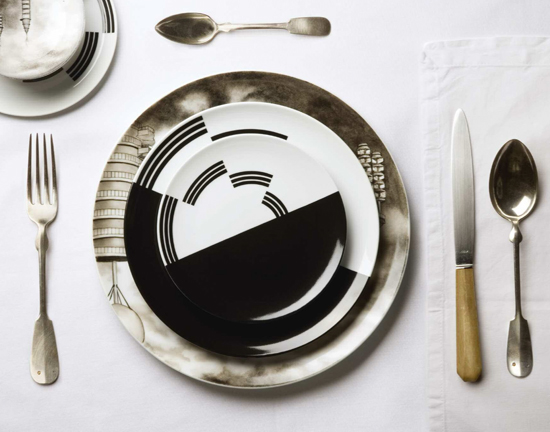 the wall installation – a specimen that höller will be presenting until 25 april 2010 in rotterdam – comprises eight hand-painted plates, each mounted on a rotating mechanism and connected to one another by a leather transmission belt. the plates can be rotated at a maximum of 600 revolutions per minute, by means of a manual crank. from about 300 revolutions, an effect discovered by benham, whereby the black and white graphic design is perceived in colour, starts to emerge. in the installation, the dynamization inherent in the motifs is achieved through actual mechanical motion. at the same time, the tableware is intended for use: service plate, dinner plate, side plate, and teacup and saucer are also available in a limited edition of twenty five signed services, each designed for two people. a table centrifuge for the rotation of the benhamesque plates also forms part of this edition. 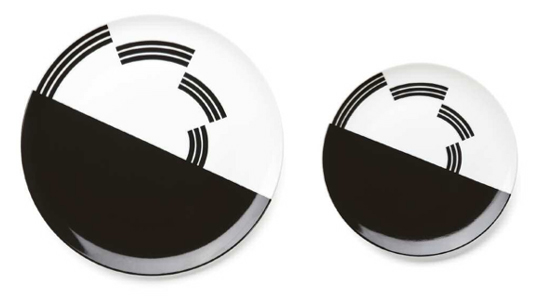 ‘the benham effect’ color effects are visible when the plate rotates at high speed. 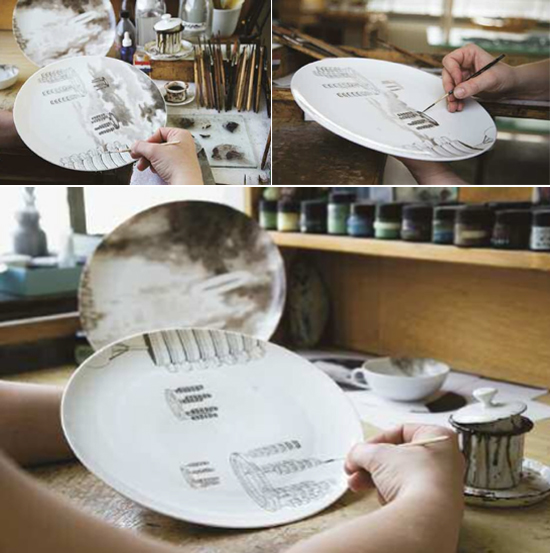 the painting process: the fine lines of the buildings are drawn with a feather. gradients are filled in with a small brush after intermediate firing. clouds are added using an almost dry larger brush. 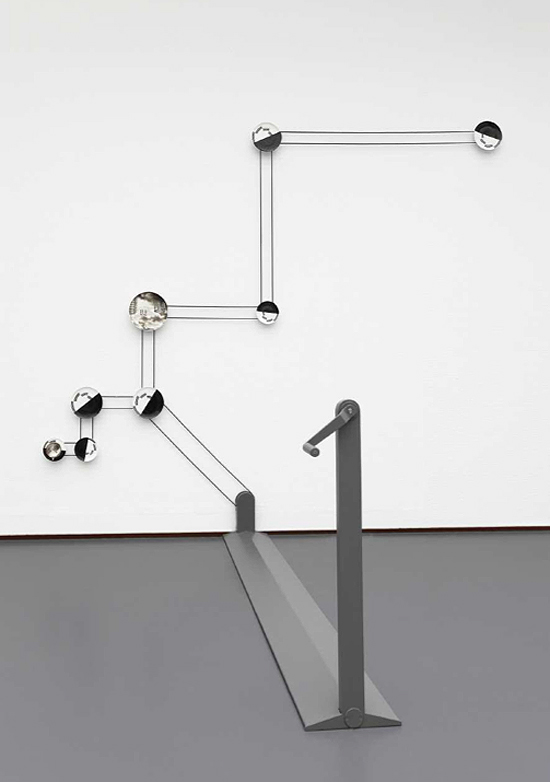 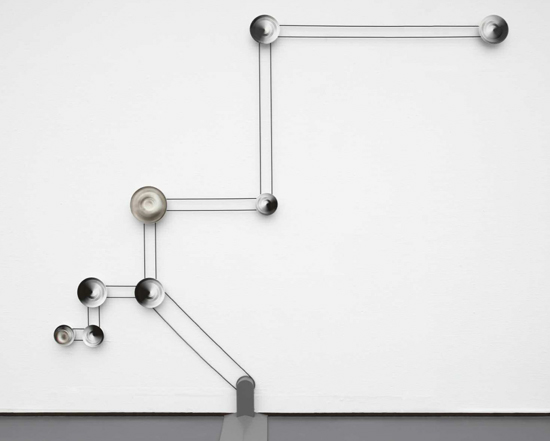