content creator and youtube personality casey neistat introduces a new experimental design endeavor with his tesla-inspired ‘cyberbike.’ in the wake of elon musk’s viral cybertruck proposal, the creator partners with electric bike company super73 to fabricate the two-wheeled adaptation. the conception of the project — characterized by its low-poly faceted shell covering — initially resulted from the need for neistat to test-drive an unfinished super73 prototype without it being seen on the street. while the team did not originally foresee such a formal influence from the now iconic cybertruck, neistat comments: ‘the whole thing is just meant to cover the actual bike under it, and then we got carried away made it look like a tesla.’ 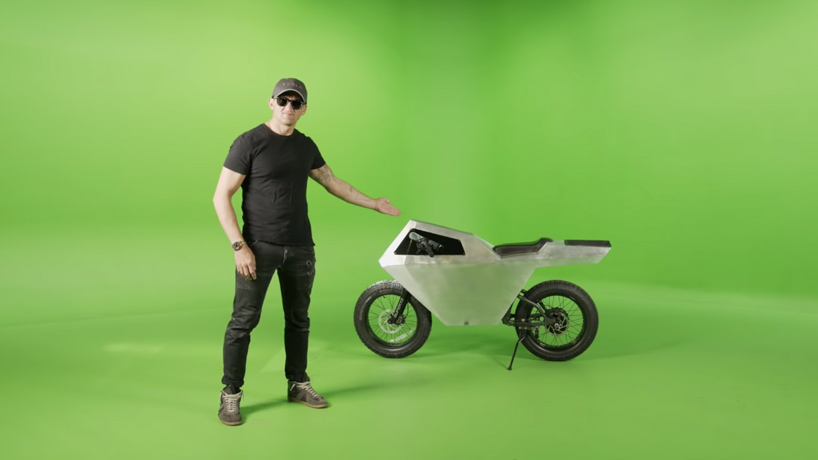 all images via casey neistat

casey neistat, known to often test out and experiment with sensational contemporary technology, has partnered with super73 long before the cyberbike — notably with his super73 bike video review in 2018 in 2018. this time creative minds come together in collaboration to create the one-of-a-kind tesla-inspired project. while not intended to be sold to buyers, the faceted aluminum shell is fabricated as a one-off project, first and foremost as a temporary cloak for the super73 bike underneath. the formerly new york-based filmmaker releases a short video documenting the design, build process, and final test-drive of the cyberbike through his new local streets of los angeles. 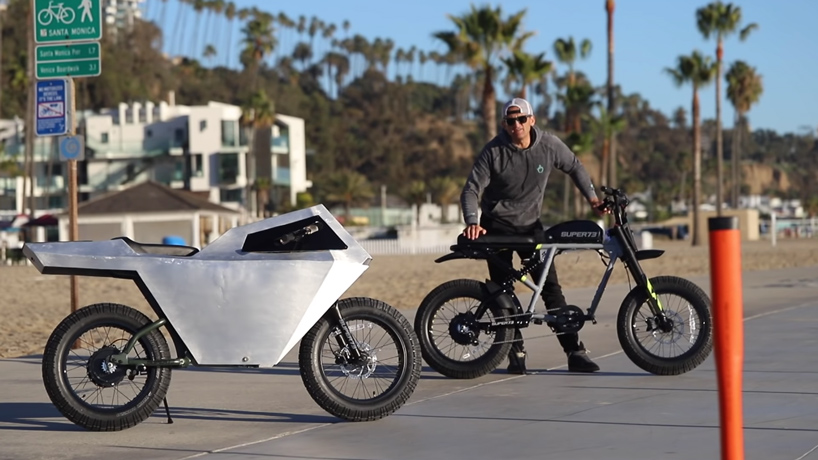 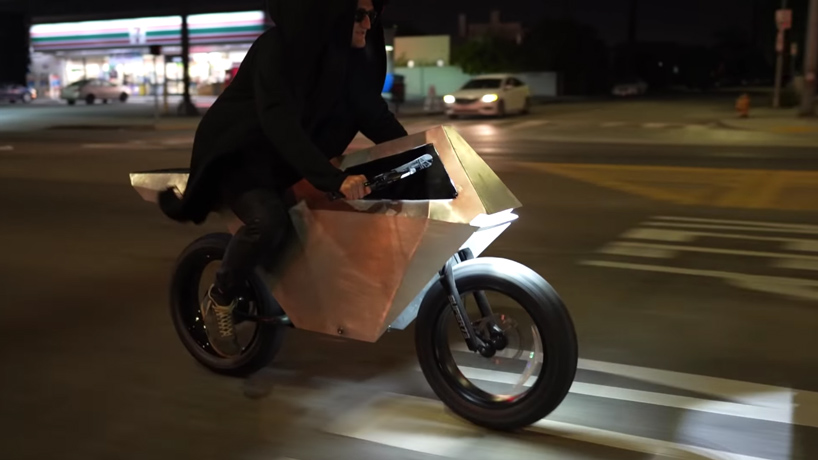 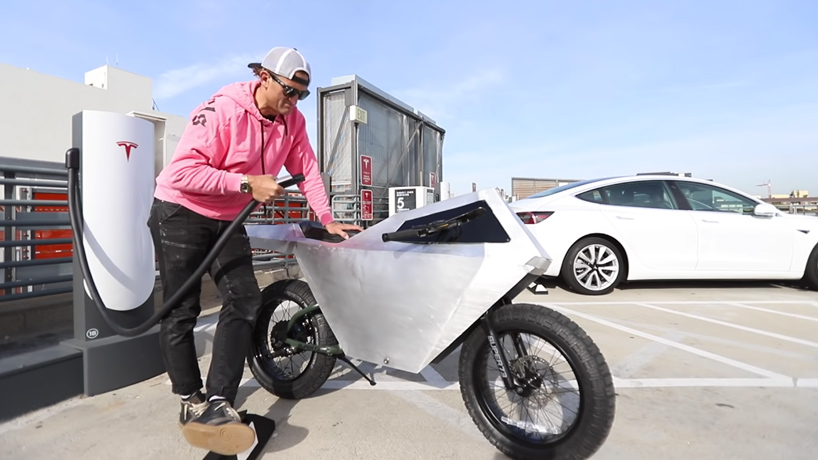 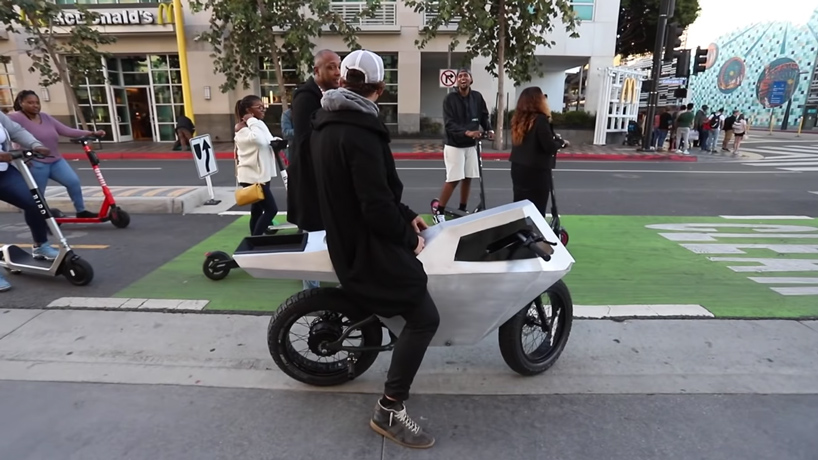 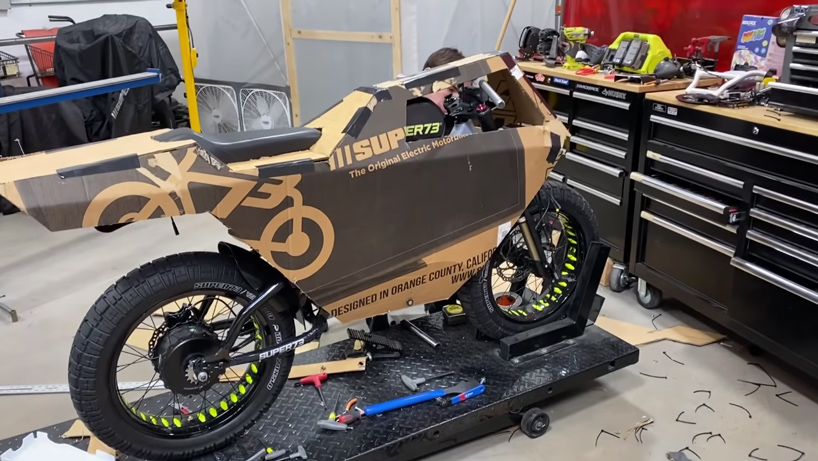 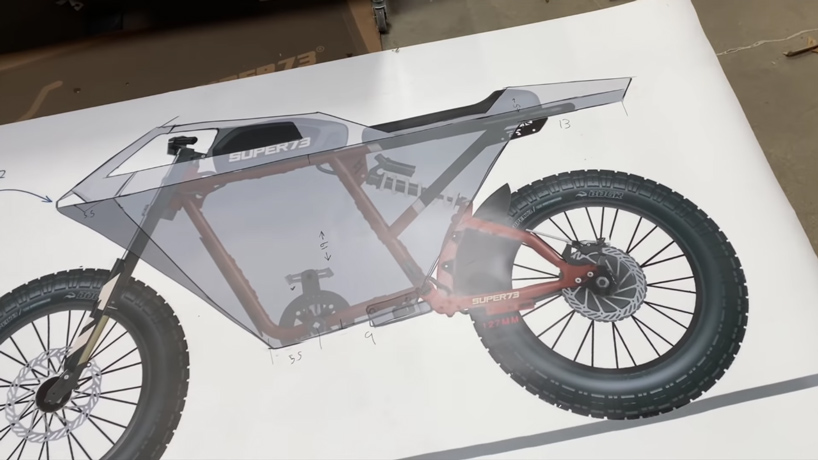 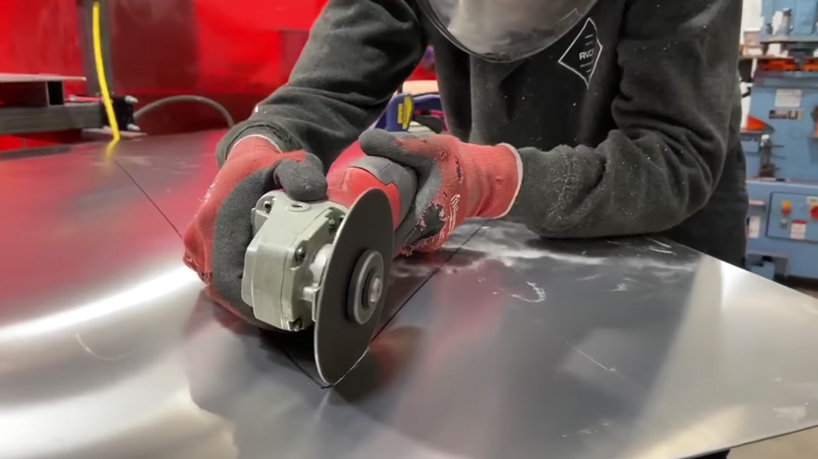 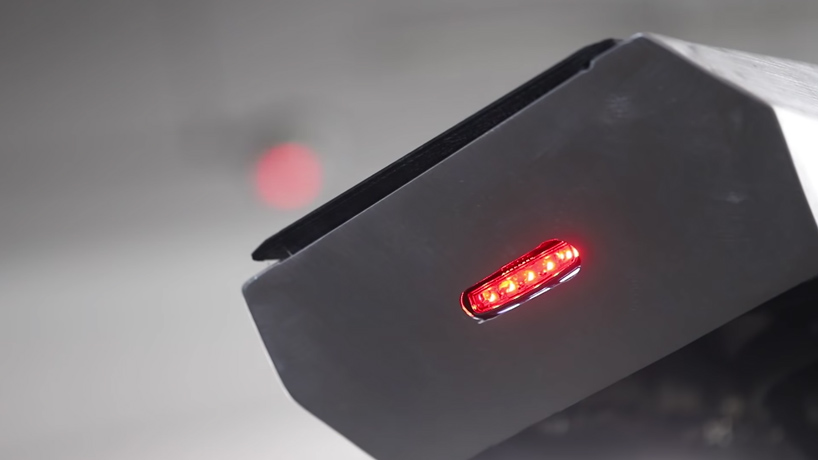 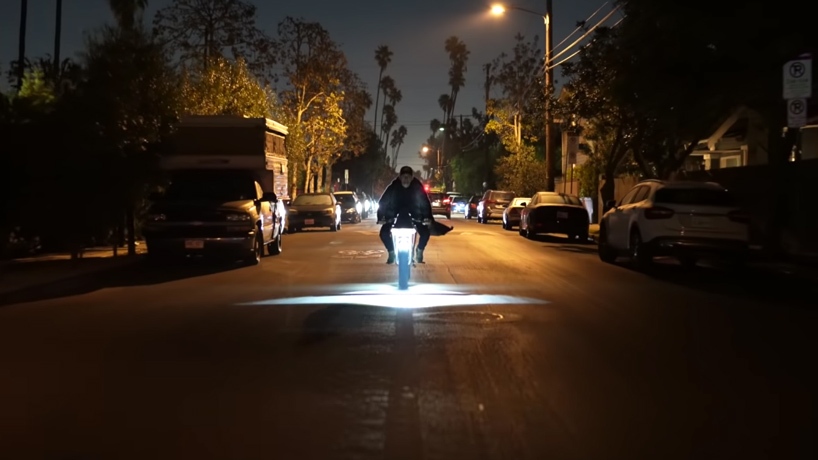 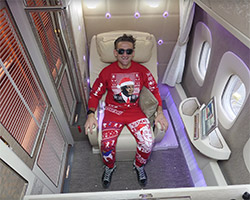