commemorating 50 years since the passing of le corbusier, spanish designer jaime hayon has crafted a collection of objects for italian furniture brand cassina honoring the acclaimed architect’s design values. influenced by his use of organic shapes conveyed in his buildings and his esprit nouveau artwork, the collection named ‘réaction poétique’, is made up of four key pieces- a tray made up of two coffee bean shapes and two small side tables and is all fabricated in a solid ash-wood and stained black with a low-gloss finish. the objects produced embody the high-quality standard that cassina is known for, and highlights their methods of using skilled handcraftsmanship combined with industrial innovation. the company is also celebrating the 50th anniversary of their LC collection this year, which also pays tribute to the noted architects pierre jeanneret and charlotte perriand.

the ‘réaction poétique’ collection is being presented at this year’s addition of milan’s salone del mobile. 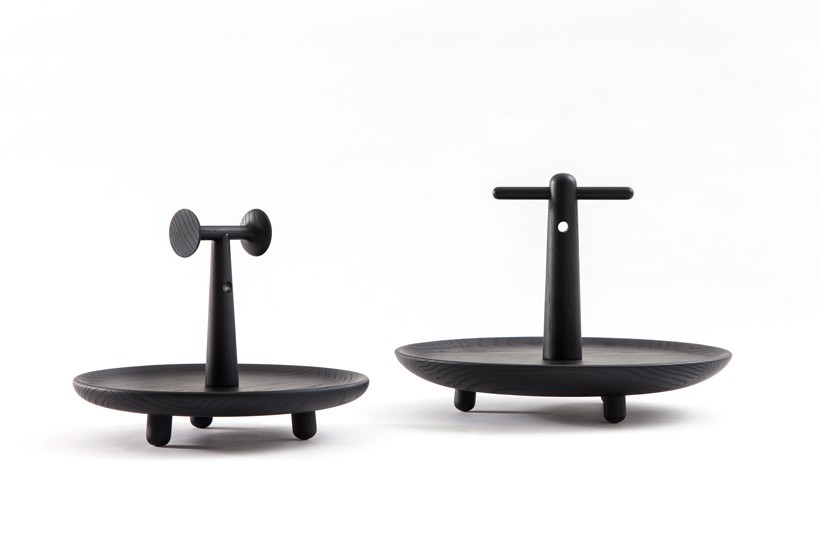 high quality ash wood is used in the whole collection

jaime hayon comments: ‘I wanted to create useful objects for the modern home such as trays and side tables, but with sculptural elements interplaying forms, light and shadow. it was a very strict, almost religious challenge to use only one material and one finish, exercising my design philosophy. I feel this restriction actually became an opportunity to showcase the beauty of the wood, along with the expert mastery of cassina’s carpentry workshop.’ 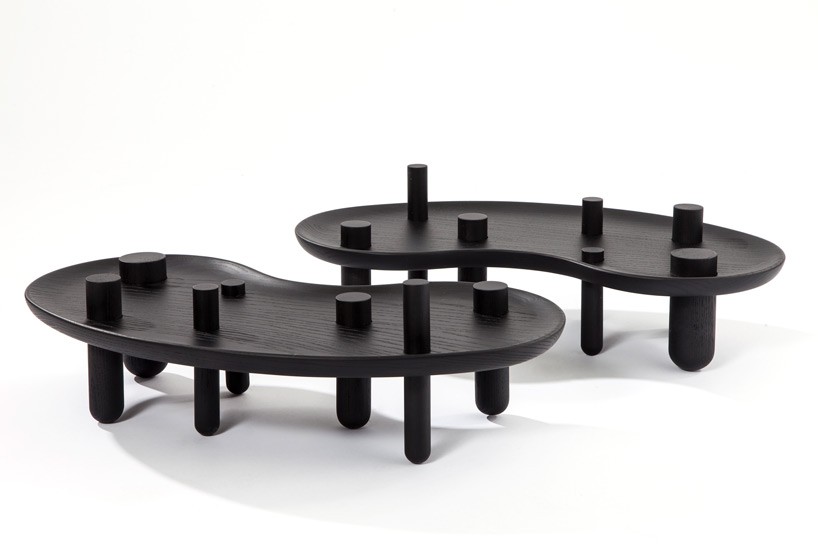 tray made up of two coffee bean shapes 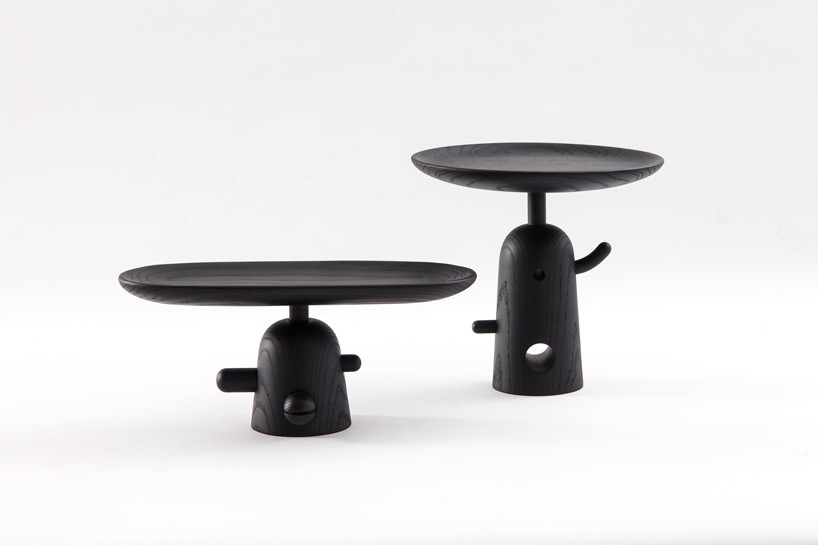