a colored census data map is a virtual snapshot of america’s racial divide. it provides an approachable way to visualize racial distribution, population density, and geographic dispersion in every neighborhood in the entire country. created by dustin cable, a demographic researcher at the university of virginia’s weldon cooper center for public service, the map references MIT media lab’s black and white version, but builds on the idea by adding data about ethnicity. the statistics displayed on the iconographic comes from the publicly available U.S. census bureau’s 2010 summary.

the map contains 308,745,538 colored dots, one for each person residing in the united states at the location they were counted during the 2010 census. each dot is color-coded by the individual’s race and ethnicity: white people are represented as blue dots; african-americans with green; and latinos with orange; asians with red, and all other categories represented by brown. looking at the map, every piece of visual information relays a different story about the character of the city, exposing some severe realities about socioeconomic division. a zoomed in view of detroit, for example, is almost precisely divided, with the population almost exclusively white on the north side of 8 mile road, while the majority in the south is african-american. a small, practically cut-out geometrical portion is red, indicating a strong presence of asian ethnicities. 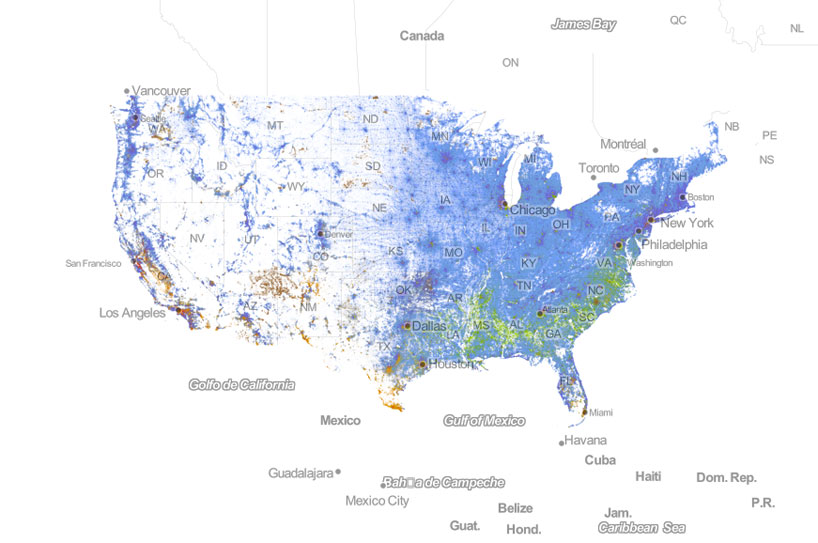 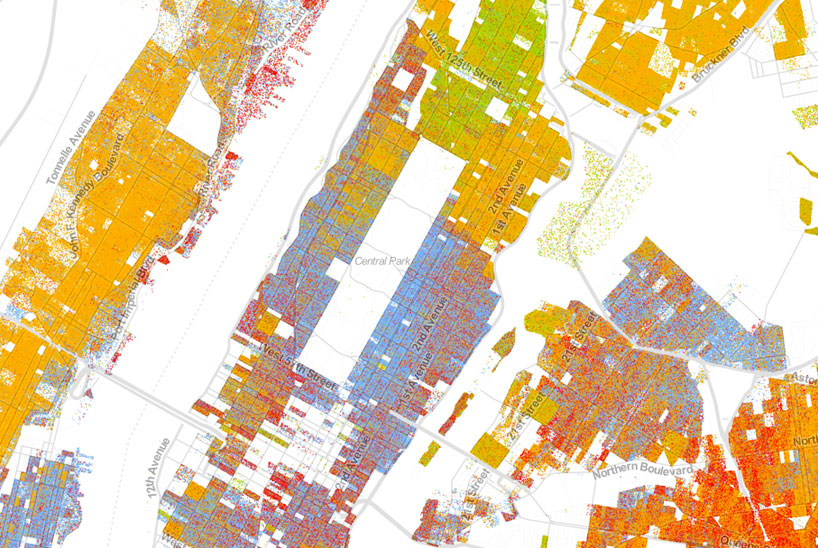 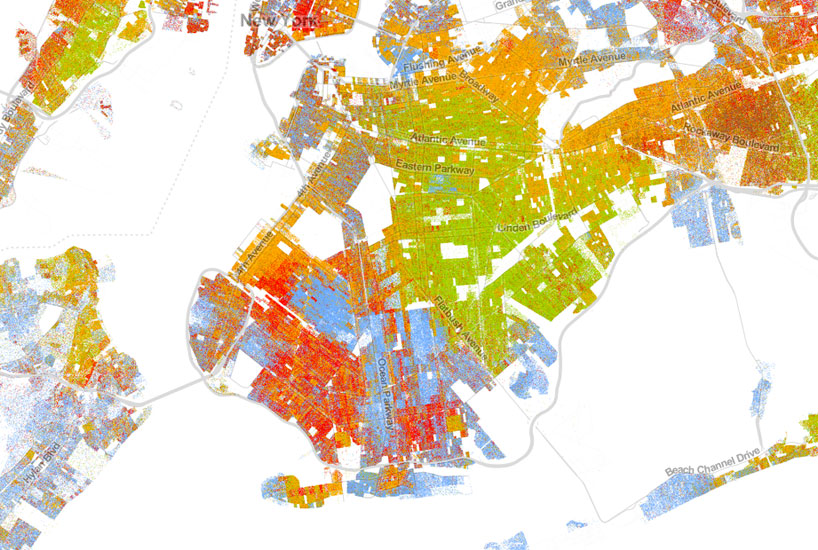 brooklyn, new york contains all of the ethnic groups, but they generally contained in regional sections 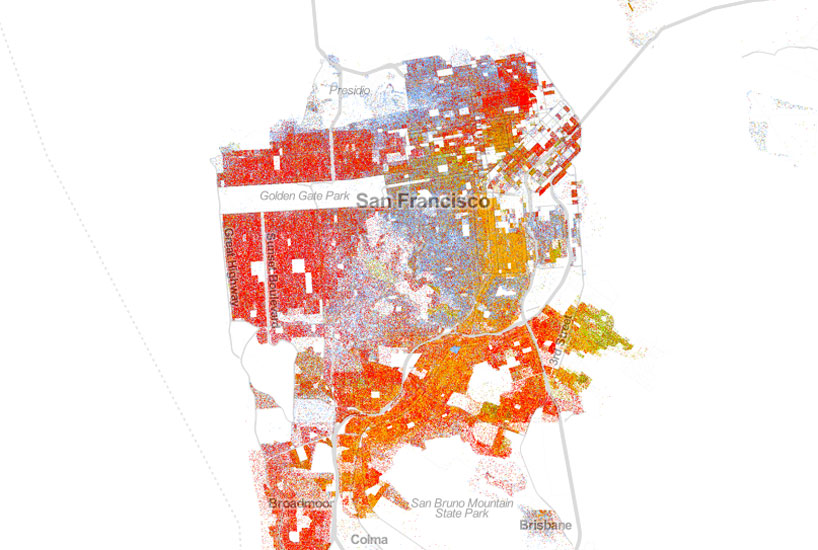 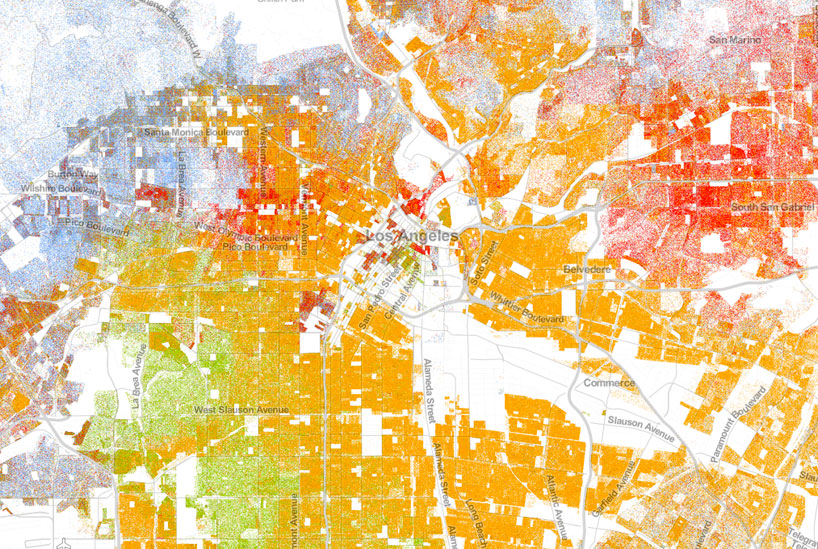 the data from los angeles exposes a predominantly hispanic population 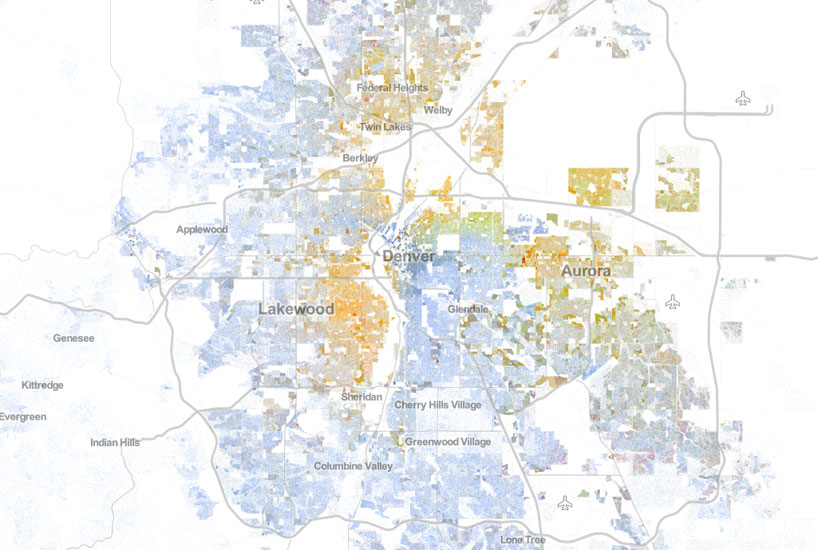