coinciding with the program of milan design week 2010, was the opening of belgian designer charles kaisin‘s retrospective exhibition at assab one.

located a bit off the beaten path of milan’s city centre, the exhibition space is housed inside an ex-industrial space which previously acted as the headquarters of a well-known printing plant, GEA (grafiche editoriali ambrosiane). the show has been curated by james putnam and runs until may 14th, 2010.

entitled ‘design in motion’, the show presents the research and work of kaisin dating from 1999 to 2009, all linked by two themes: motion and recycling.

each of the pieces on display are thoroughly described through explanation of their process of conception, their development and their production process, many projects of which are accompanied by research models.

many of the works of ‘design in motion’ are on show to the public for the first time, from a private order chaise lounge to 2000 copies of a limited edition watch done for swatch. along with these finished projects there are ones which are currently in progress, including the research work kaisin has done for a wine bar at the sablon in brussels, which consists of more than 7500 pixels of little pillows and a banquette made up of pixels of wool pompoms. 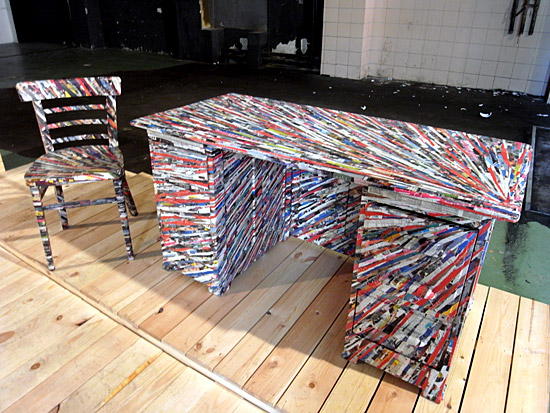 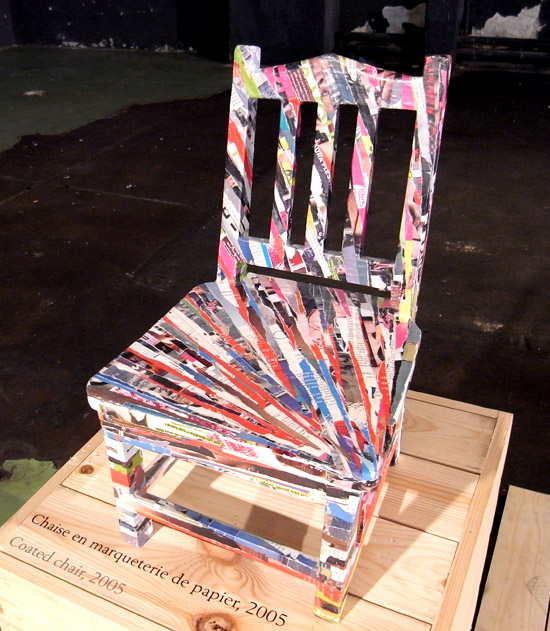 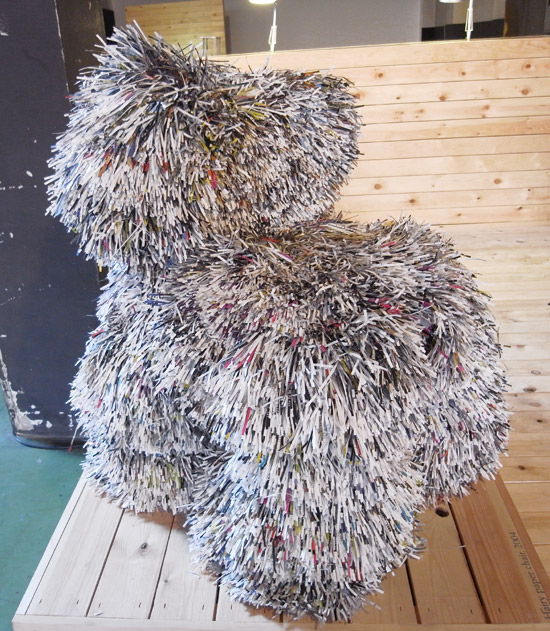 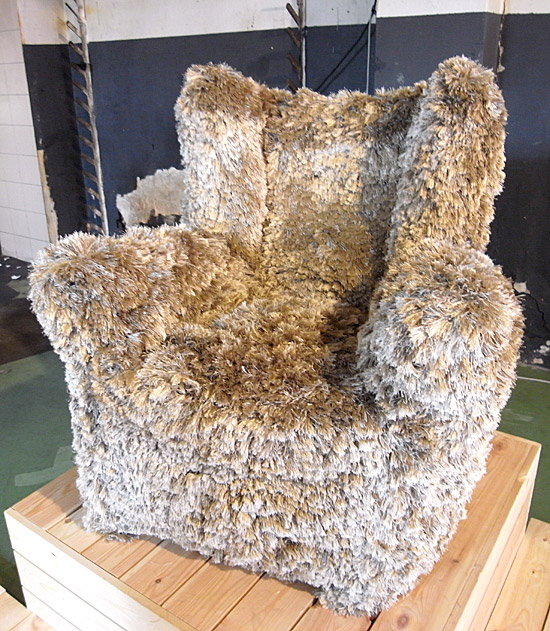 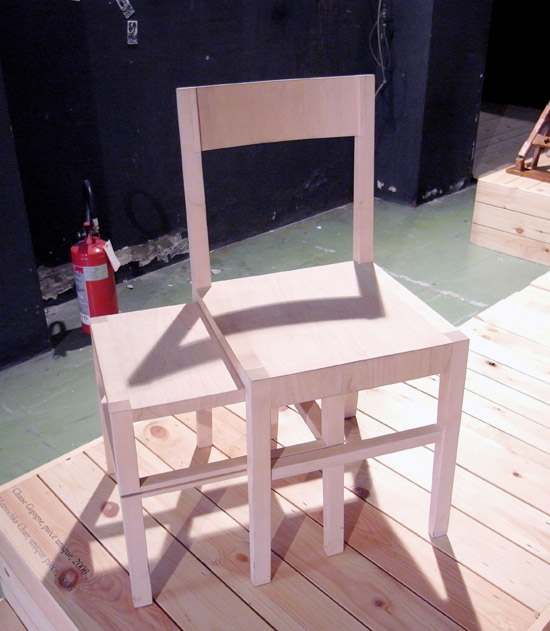 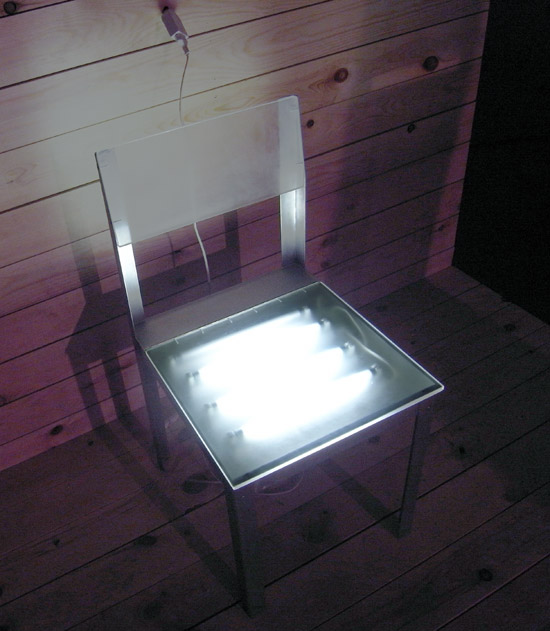 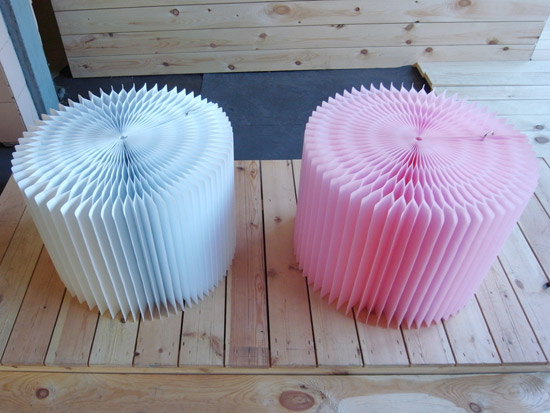 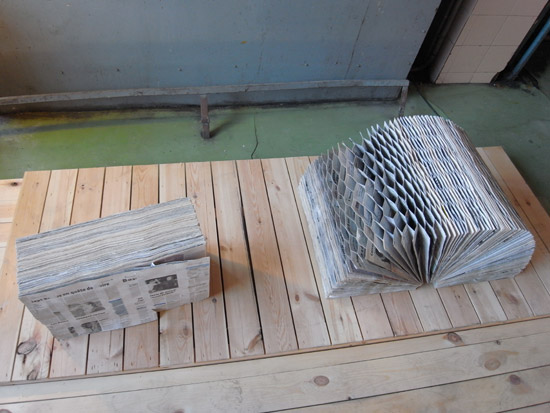 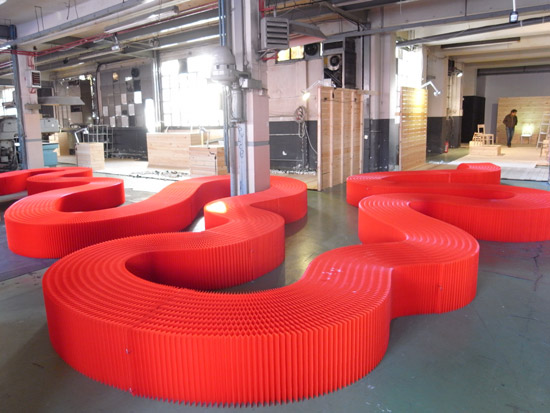 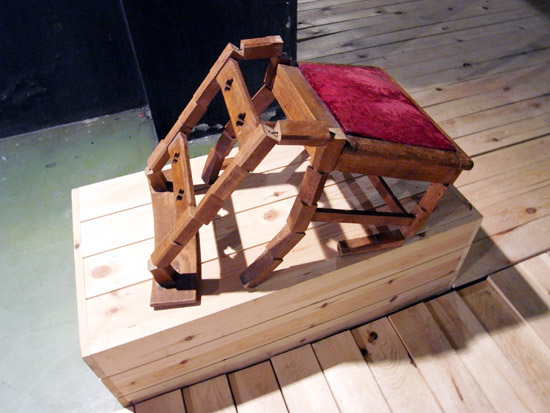 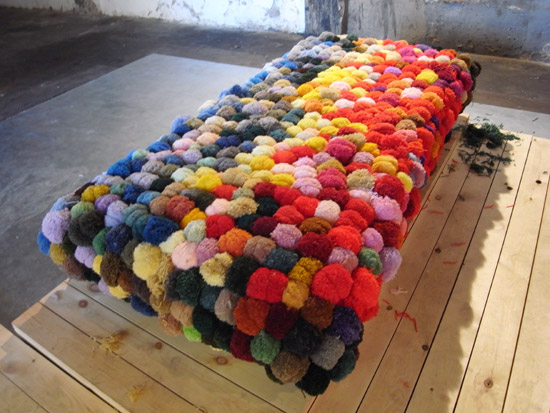 imagine a world in which blurry images would actually mean something. colorful dots which on first glance seem abstract, but upon closer inspection reveal images, transformed pictures.

kaisin has designed the brussels-based pixel bar, a place in which the visitor can encounter the experience. surrounded by more than 8000 small, coloured cushions, new layers of meaning appear when you look at the walls. the scene is a countryside image, depicting a field in which thousands of poppies grow, which has been rebuilt from different tones of blue, green and red, totaling 27 different color tones. 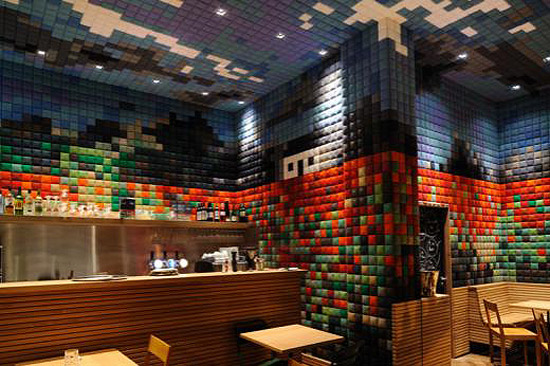 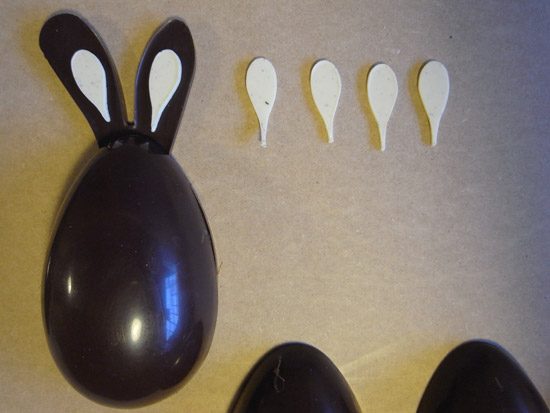 a chocolate collection for pierre marcolini, it was first produced on the occasion of the 30th anniversary of the centre pompidou in paris. the idea of discovery is suggested by tasting different flavours of chocolate. 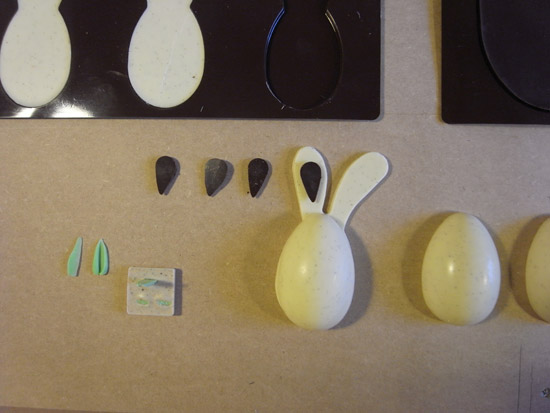 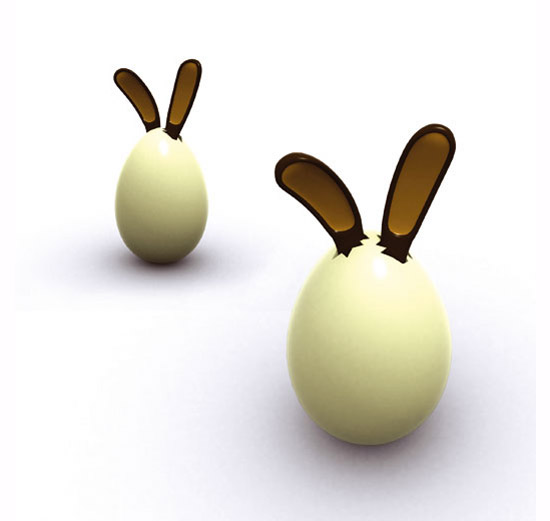 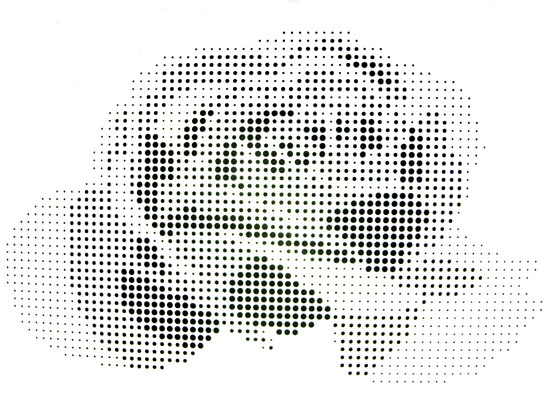 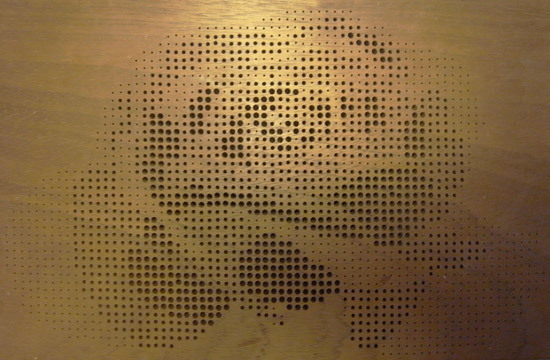 the theme of ‘motion’ unites the pieces together. the backdrop installation of the exhibition has been designed by spanish artist terre recarens,and bears the name ‘terreomoto’ which means ‘earthquake’ in spanish. this large scale installation consists of a floor of wooden lathwork, positioned in a japanese style with sets of shelves in which porcelain pieces have been placed. 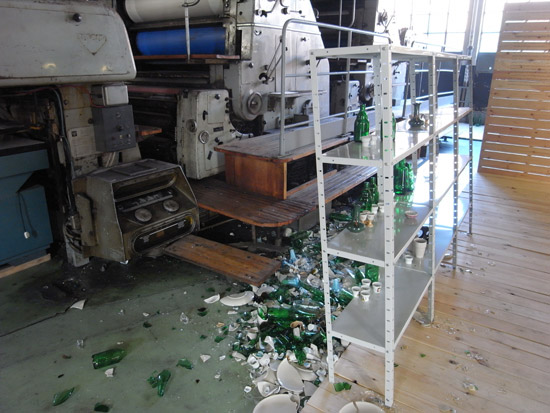 the planks of ‘terremoto’, placed to form a path guiding visitors throughout the space, are not entirely secured to the floor. thus when people walk over the planks they are given a sensation of unsteadiness and a wobbly feeling. their slight movements, set the planks in motion, much like a pedulum thus hitting the deliberately shelves of porcelain bringing the pieces crashing down, a carpet of broken glass lining the floor. the installation raises the question of possession, of control over nature, human beings in their environment and of our impact on the life cycle of objects, both as they are produced and as they are recycled. 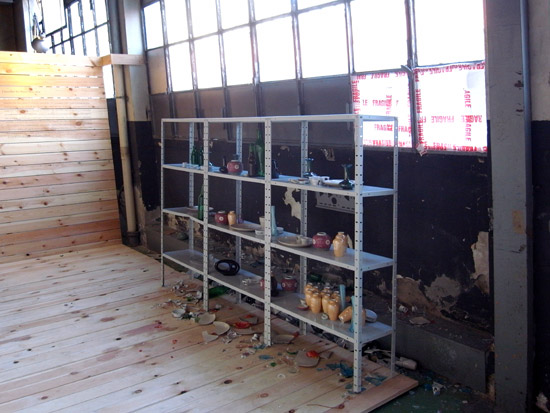 ‘terremoto’ and shelves of broken glass and porcelain image © designboom 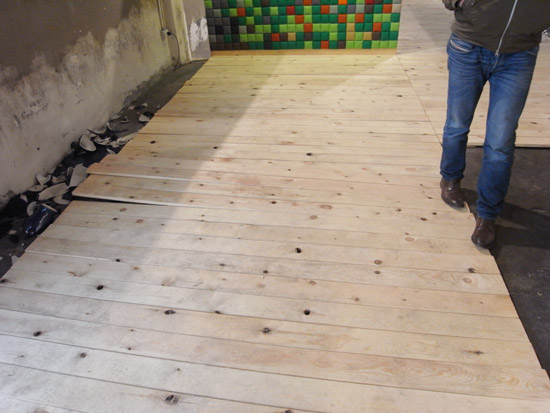 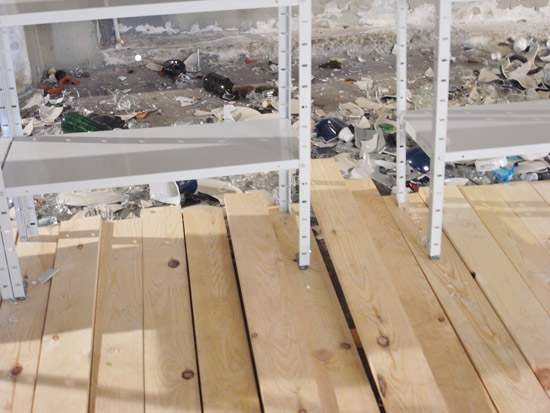 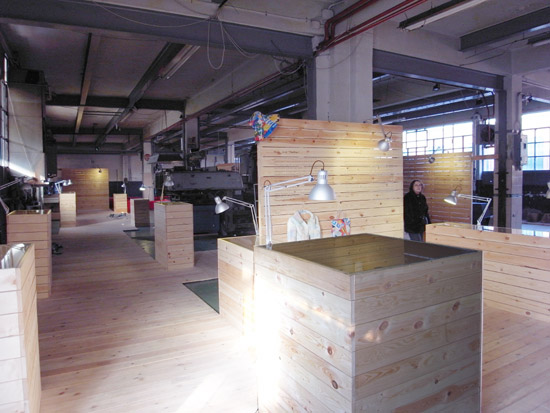 May 09, 2021
unfolding the art of pleating: history + techniques that have fascinated the world of fashion
human touch, tradition, experience and entrusted knowledge is still very much at the heart of this painstaking and time-honored craft.
design
557 shares
connections: 78